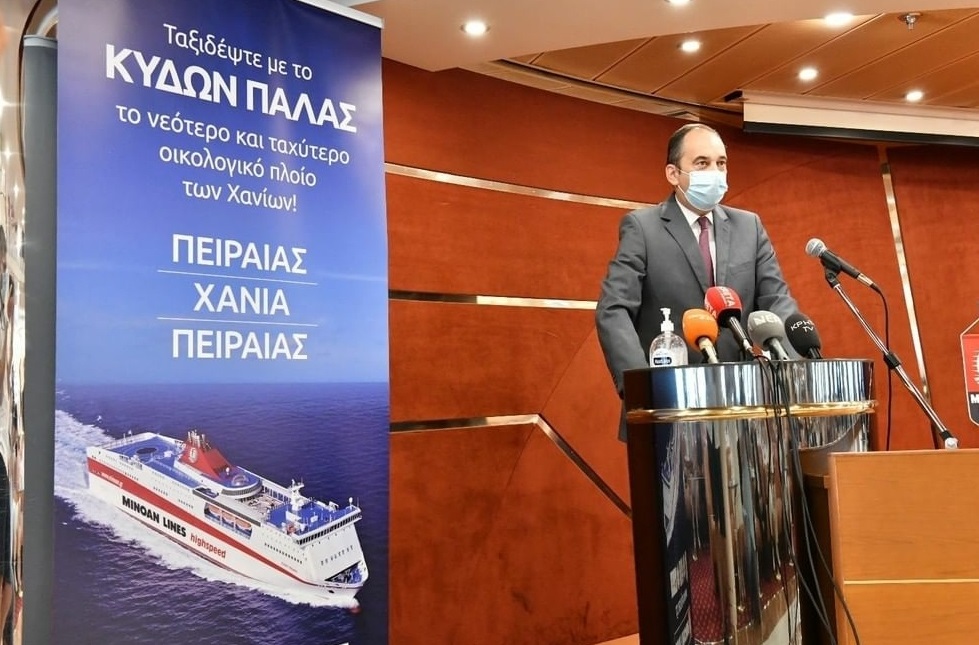 Minoan Lines officially inaugurated its Kydon Palace cruise ferry, the newest passenger ship of its fleet, during a ceremony held recently at the port of Piraeus.

The event was attended by Shipping Minister Yiannis Plakiotakis who wished for “calm seas and fair winds”. He also stressed the significance of Minoan Lines’ investment during these difficult times and referred to the company’s contribution to the development of Greece’s tourism and transport services.

Furthermore, the minister referred to Minoan Lines’ efforts to fully implement and maintain the health protocols and safety measures announced by Greek authorities against the spread of the coronavirus pandemic. 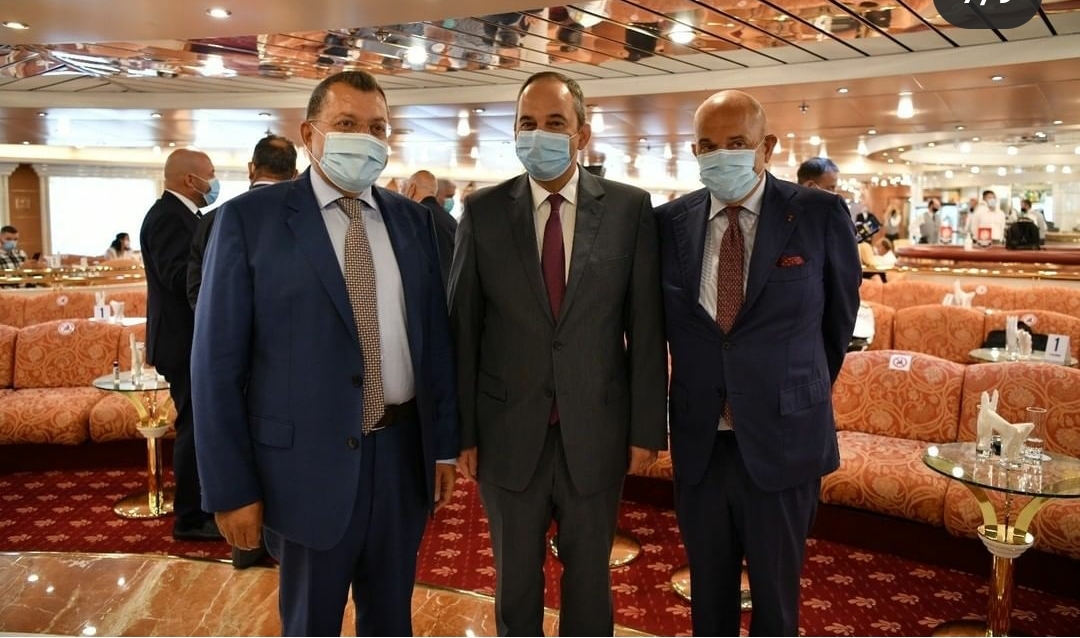 During the event, Minoan Lines President Emanuele Grimaldi thanked the company’s staff working on land and at sea for offering excellent services to customers and partners amid the pandemic.

“The modern, eco-friendly Kydon Palace was built in Genoa, Italy under my responsibility. Together with her three sister-ships, they are the fastest passenger-car ferries in the world,” Minoan Lines CEO Antonis Maniadakis said during the inauguration ceremony.

By naming its cruise ferry “Kydon Palace”, the company honors Chania, the former Minoan city of Kydonia that took its name from its founder Kydon, the grandson of king Minoas. 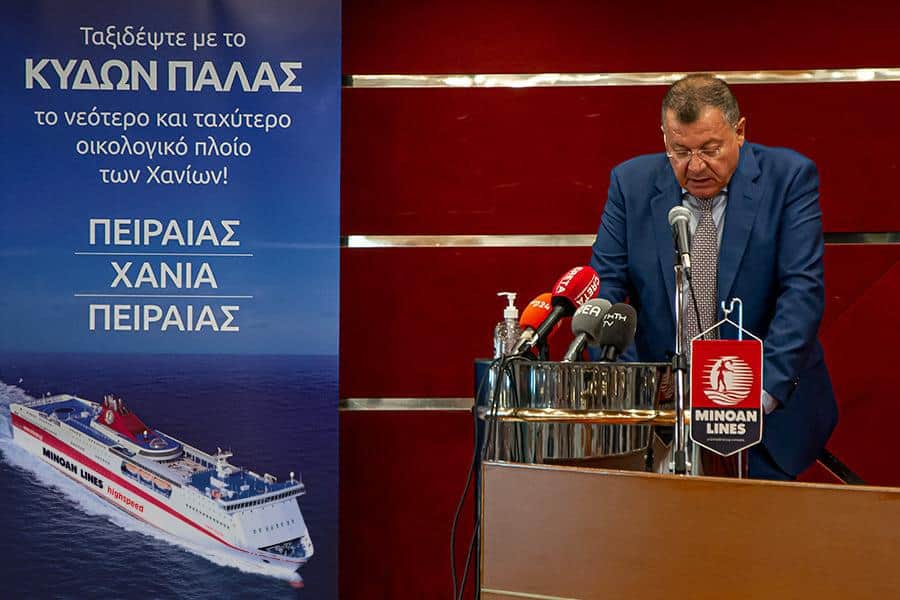 “With the operation of Kydon Palace on the Piraeus – Chania – Piraeus line, we aim to provide our passengers and employees with safe, luxury and reliable services, as well as offer an unforgettable travel experience,” Maniadakis added.

The cruise ferry departs Piraeus at 4pm and Souda (Chania) at 11.59pm from Monday – Friday. On weekends it leaves Piraeus at 11am to reach Souda at 10.30pm.