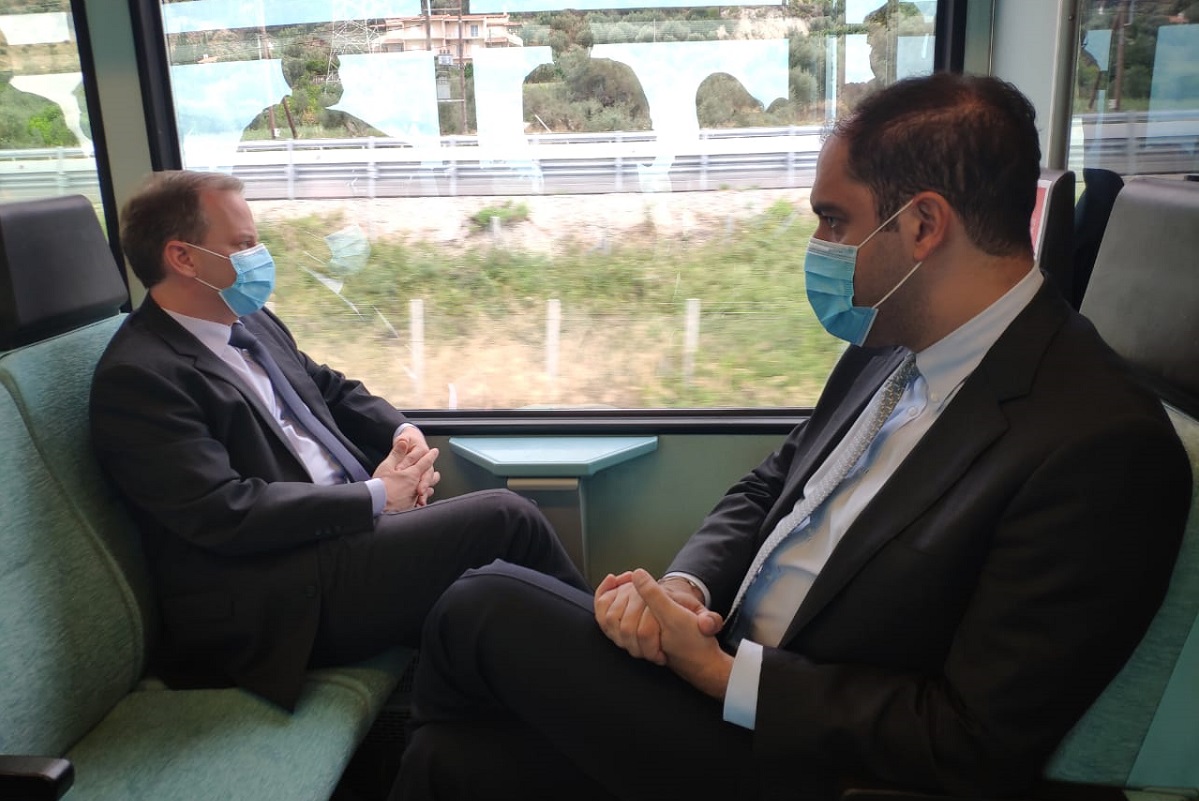 The new double line includes stations at the seaside resort areas of Xylokastro, Akrata and Aigio as well as six new stops at Diminio, Lykoporia, Lygia, Platanos, Diakofto, and Elliki.

Passengers can now travel from Aigio to Athens in two hours and 20 minutes for a fare of about 20 euros with access to Athens International Airport and Piraeus port.

Karamanlis described the 848-million-euro Ergose project as a “milestone”, noting that works began in 2006 and following many delays was finally completed 14 years later. 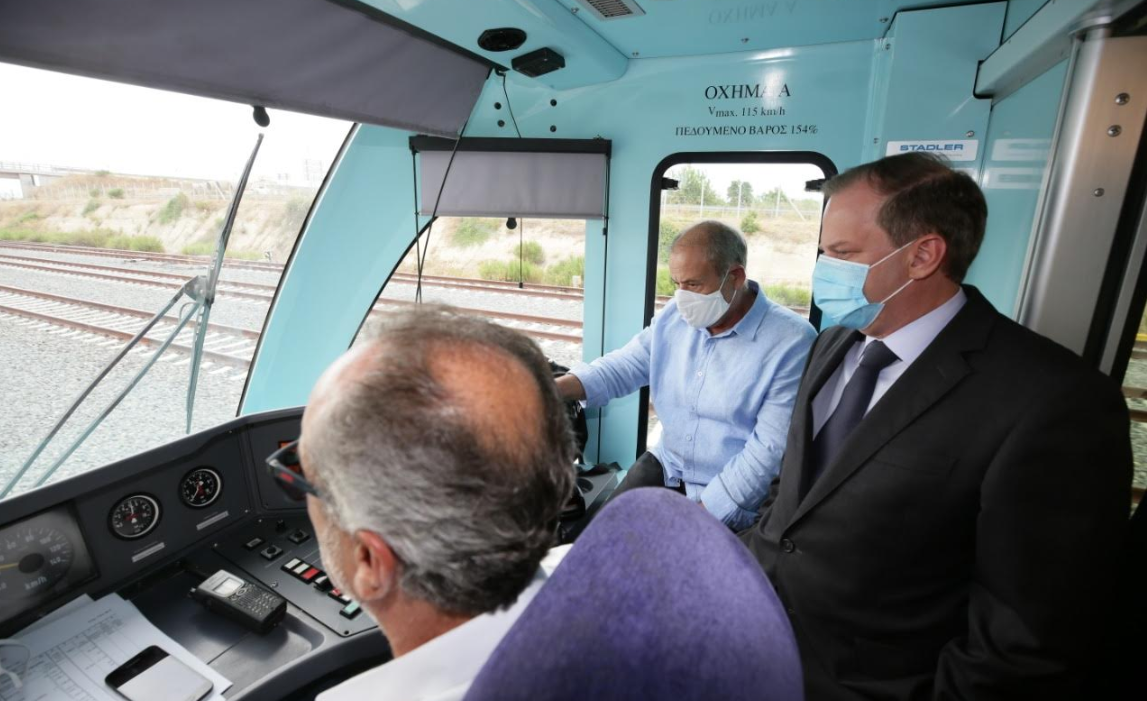 The project, co-financed by the EU’s Cohesion Fund 2000-2006 and NSRF funds, includes the construction of the second Corinth-Kiato line, the new Kiato-Aigio line, railway stations, as well as the installation of signaling and telecommunications infrastructure.

“The new project not only links Achaia with the Athens Suburban Railway. Achaia is now connected to Athens, to Eleftherios Venizelos Airport, and to the port of Piraeus, offering a journey that is quick, comfortable, economical and safe,” said Deputy Transport Minister Yiannis Kefalogiannis.

The minister went on to add that there will be six daily routes and fares cost less than 20 euros.