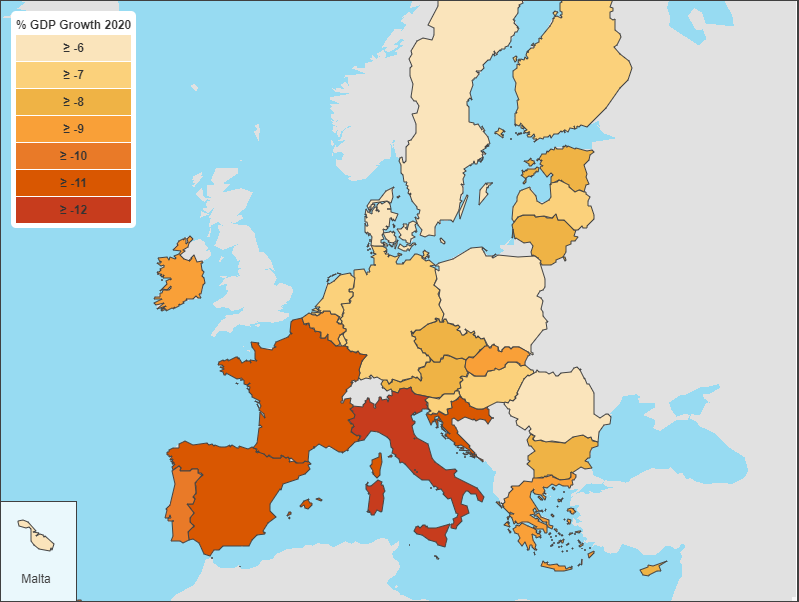 The European Commission revised its outlook for the Greek economy on Tuesday, saying prospects for 2020 in the aftermath of Covid-19 were milder than initially expected.

Greece GDP is set to contract by 9 percent this year compared to 9.75 percent as initially projected in the Commission’s previous forecast released two months ago.

Greece is still vulnerable, the report’s analysts note, particularly due to considerable exposure to risk surrounding travel and the impact on the Greek tourism sector, which is a leading employer.

At the same time, the report also expects a slower rebound in 2021 initially set at 7.9 percent, the Commission now expects the Greek economy to pick up at around 6 percent. 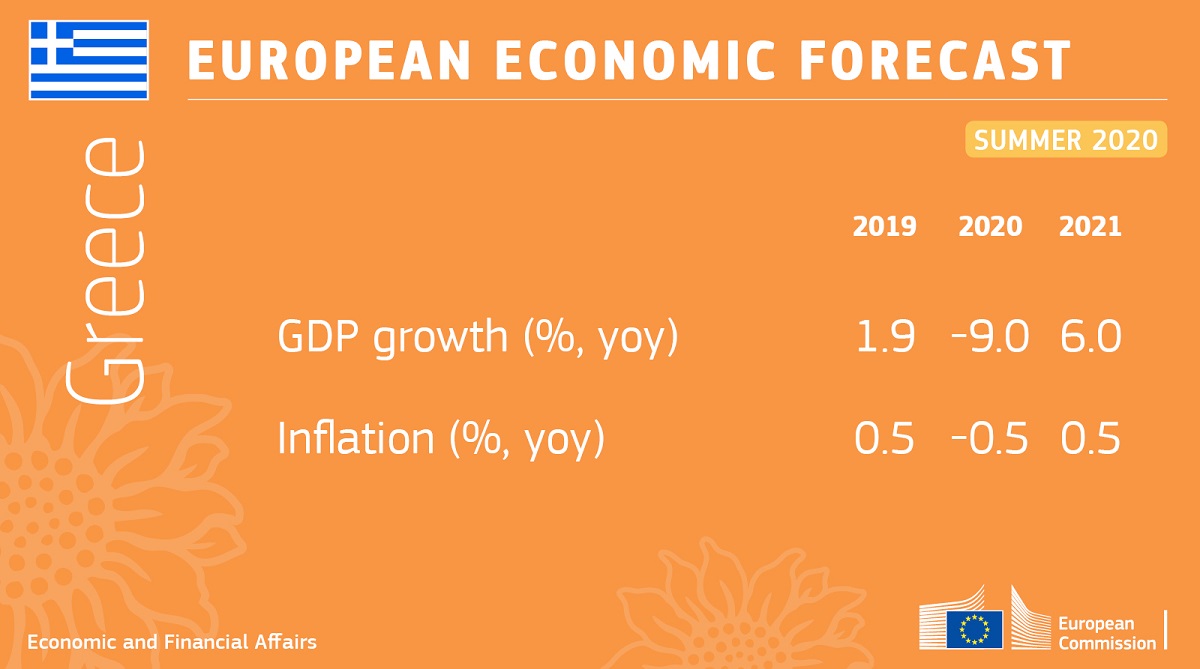 According to the Commission forecast, Greece suffered the full economic effect of the lockdown measures in the second quarter of the year with a marked decline in domestic demand and exports.

Analysts go on to add that the slowdown is also expected to lead to a relatively “short-lived” increase in unemployment.

Earlier this month, the Organization for Economic Co-operation and Development (OECD) also revised its previous forecast for Greece, estimating that the country’s economy will contract at a smaller rate this year compared to the eurozone average.

In Europe and the eurozone 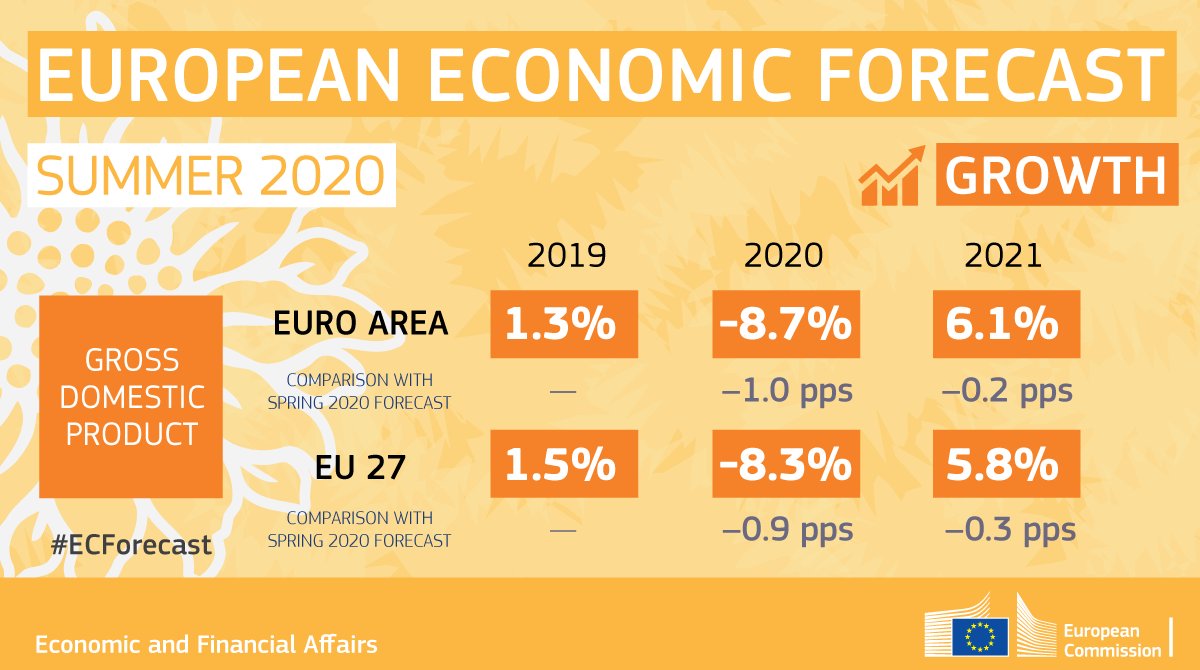 The impact of the pandemic on Europe’s economy meanwhile is expected to be greater than initially thought, the Commission said, revising its forecast and calling on the Union’s leaders to swiftly approve a 750-billion-euro recovery fund.

According to new estimates economic output is expected to contract significantly, more than in the first quarter due a longer period of disruption, with France, Italy and Spain set to suffer the most.

More specifically, based on the Commission’s Summer 2020 Economic Forecast, the euro area economy will contract by 8.7 percent in 2020 and grow by 6.1 percent in 2021.

The EU economy is projected at contracting by 8.3 percent in 2020 and grow by 5.8 percent in 2021. The contraction in 2020 is estimated at being significantly greater than the 7.7 percent projected for the euro area and 7.4 percent for the EU as a whole in the previous forecast last spring.

Initial forecasts for growth in 2021 have also been trimmed. 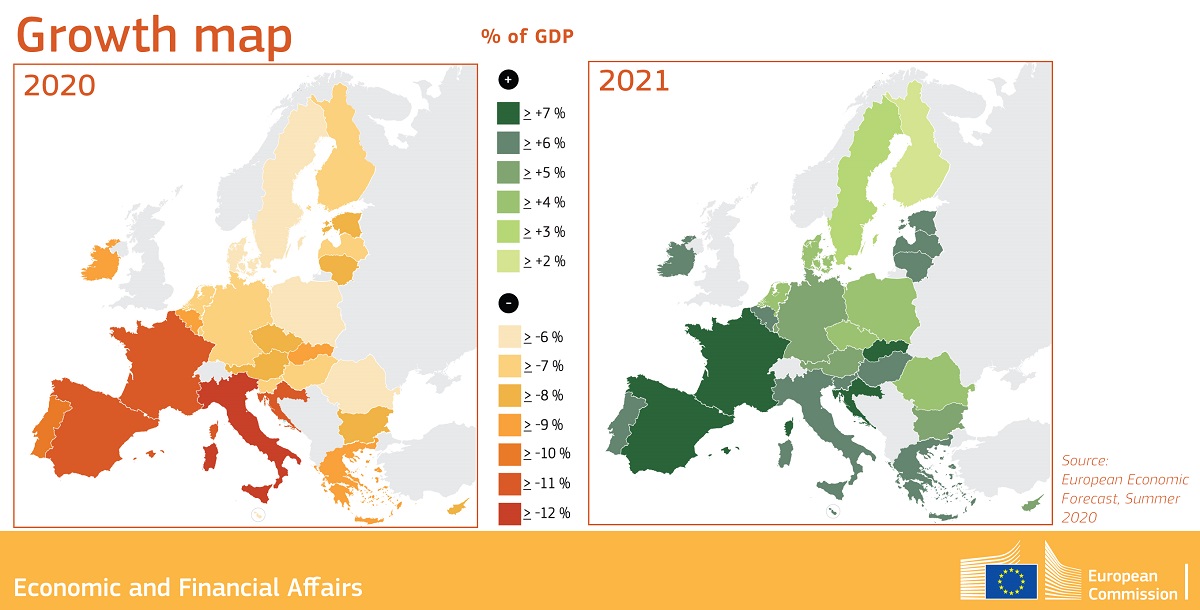 “The economic impact of the lockdown is more severe than we initially expected… If anything, this forecast is a powerful illustration of why we need a deal on our ambitious recovery package, NextGenerationEU, to help the economy,” said Valdis Dombrovskis, Commission executive vice-president.

Dombrovskis said he does expect a rebound this year and next but “we need to continue protecting workers and companies and coordinate our policies closely at EU level to ensure we emerge stronger and united”.

On his part, European Commissioner for the Economy Paolo Gentiloni referred to the “devastating economic effects of that pandemic” noting that though the policy response across Europe has helped cushion the blow, “divergence, inequality and insecurity” still remain.

“This is why it is so important to reach a swift agreement on the recovery plan proposed by the Commission – to inject both new confidence and new financing into our economies at this critical time,” he stressed. 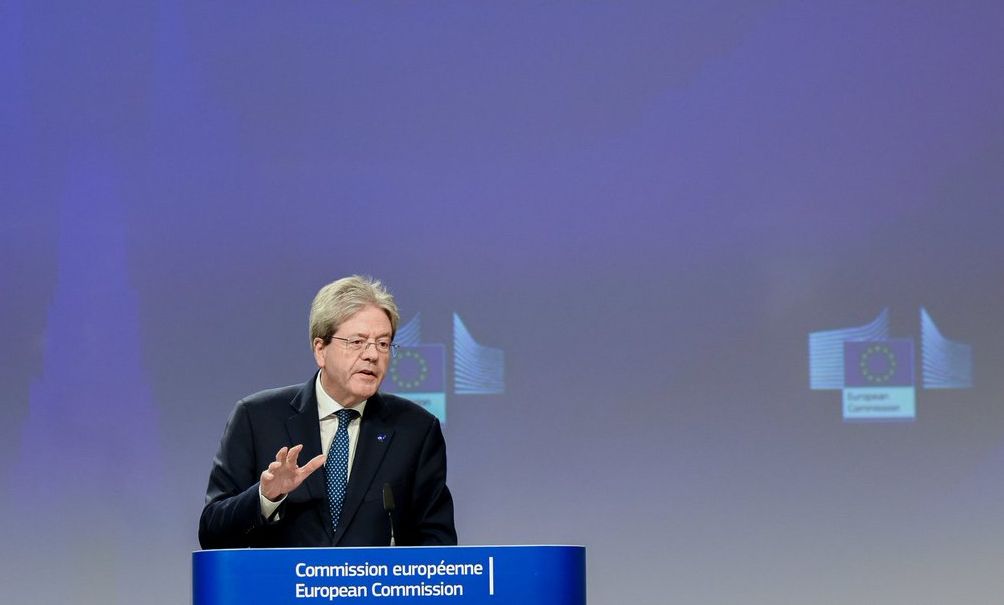 The Commission expects recovery for member states in the second half of the year to be at an uneven pace more so than initially forecast in the spring report.

Inflation, meanwhile appears to be steady, with oil and food prices on the rise but expected to be balanced by the weaker economic outlook and the effect of VAT reductions and other measures.

The Commission report concludes that due to the unknown scale and duration of the pandemic and to the possibility of a second wave of infections, long-term risks may be extended. Hardest hit the labor market and liquidity which may lead solvency problems for many European companies.

Analysts also cite as key challenges the inability on the part of EU governments to sufficiently coordinate national policy actions as well as failure to secure an agreement on the future trading relationship between the UK and the EU.

Ministry Aims to Include All of Greece on the Tourist Map