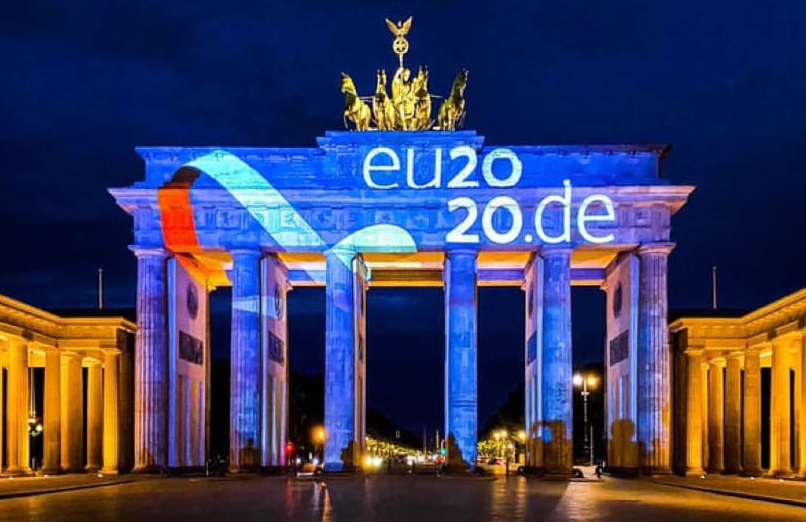 To celebrate the start of Germany’s Presidency of the Council of the EU, an animation of the Presidency logo was projected on to the Brandenburg Gate. Photo Source: @Germany in the EU

Making the EU “strong again” will be Germany’s priority as it takes over on Wednesday, the rotating presidency of the European Union Council, which has been divided over several issues including – the most crucial – how to recover the 27-member bloc’s ailing economy after Covid-19.

“During the German EU Presidency we will do everything in our power to master this task together in a forward-looking way and to make Europe strong again,” the government said in a draft of its presidency program.

Germany takes on the six-month presidency of the European Council in the midst of the coronavirus pandemic setting a difficult agenda of issues including the Union’s economic and social recovery in the aftermath of Covid-19; ensuring the EU is better protected against future health crises; coordinating between the UK and EU and clarifying their post-Brexit future status after 2020; EU-China ties; and addressing US-EU relations that have been on edge since the coronavirus outbreak.

With Europe facing its worst recession since World War II due to Covid-19, Germany will have to mediate so that agreement by member states is reached on crucial issues such as a 1 trillion euro multi-year budget as well as the Commission’s proposal for a recovery fund to support hard-hit economies.

Among others on Wednesday, German Chancellor Angela Merkel referred to the possibility of no-deal EU negotiations with the UK.

“To put it mildly, progress in the negotiations has been very limited,” she told parliament. “I will continue to press for a good solution. But we in the EU and also in Germany must and should prepare for the event that an agreement is not reached after all,” she said. 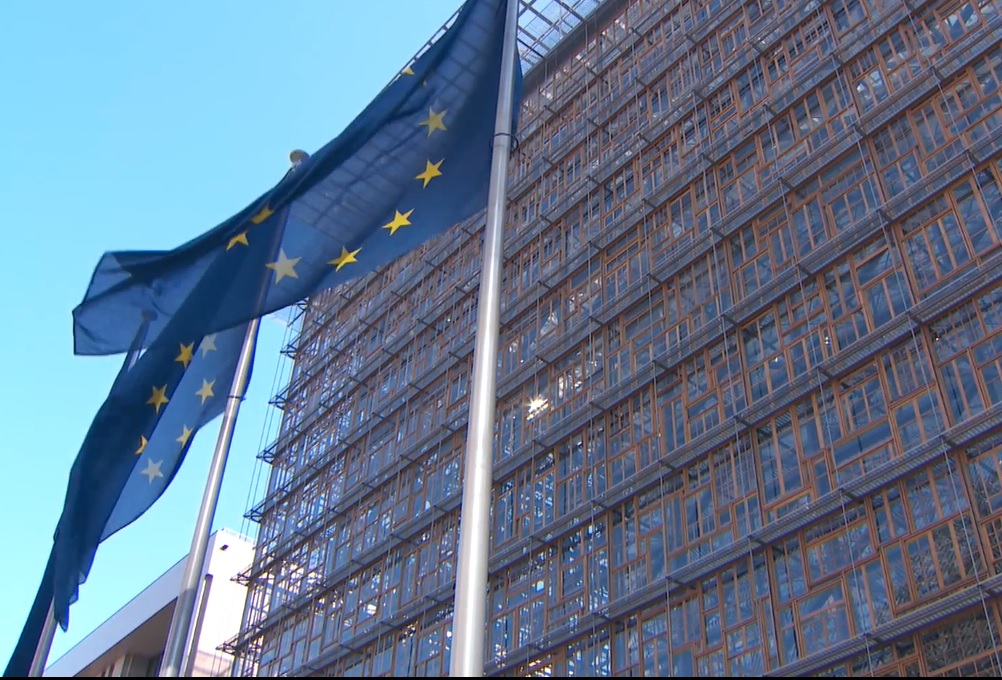 Exterior of the Europa building in Brussels. Source: newsroom.consilium.europa.eu/

Greece’s Alternate Foreign Minister Militiadis Varvitsiotis sent out his support wishing Germany the “best of success to @EU2020DE for a fruitful EU Council Presidency in these challenging times. We stand with you for Europe’ s recovery. Big thanks to @EU2020HR for your work and our cooperation during the last six months,” via his twitter account on Wednesday.