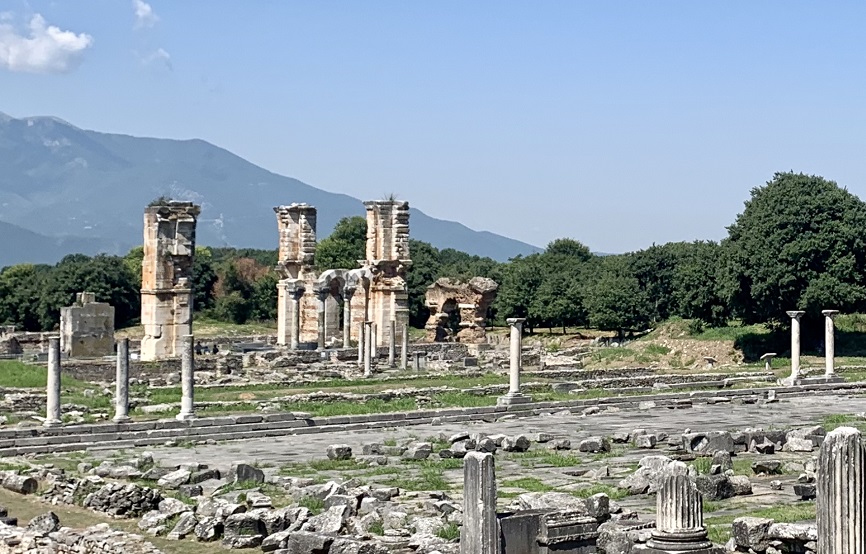 The archaeological site of Philippi in northern Greece. Source: Ministry of Culture

Restoration works budgeted at 3.7 million euros at the UNESCO World Heritage of Philippi in Northern Greece are moving ahead as scheduled, according to Greek Culture Minister Lina Mendoni who visited the site this week.

There are currently two upgrade projects being implemented on the world-famous site: the first budgeted at 2.3 million euros aimed at unifying the archaeological site with a main road network and other monuments; the second concerns the renovation of a Byzantine monument on the site budgeted at 1.4 million euros.

The minister, who met with antiquities ephorate officials on a two-day visit to Kavala, said the works were moving ahead as planned and all efforts were being made to cover lost ground due to Covid-19.

“Philippi is one of the largest and most important archaeological sites in Northern Greece,” said Mendoni, adding that the two upgrade projects would be complete by 2023.

She went on to note that as of September the site will be completely different and offer upgraded services to visitors while generating significant revenue for the region.

Mendoni referred to the importance of the site as a key cultural attraction due to Apostle Paul’s mission to Philippi, the Amphipolis, Kavala, Philippi, and Thassos route, and the utilization of ancient theaters in the area and similar-themed festivals.

Hilton Athens Hotel to Reopen in July with ‘CleanStay’