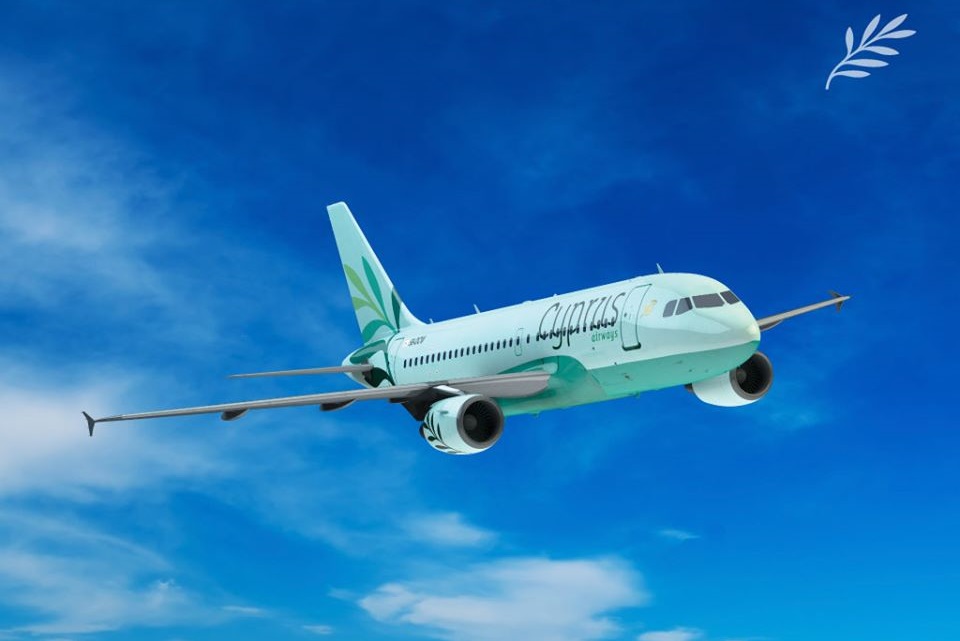 Cyprus Airways on Friday announced flights from Larnaca, Cyprus, to five destinations in Greece, as well as to Switzerland and Israel for the summer of 2020.

In Greece, the Cypriot airline is already conducting flights to Athens, while its services to Thessaloniki will start next week with two or three weekly flights.

The carrier will also fly to the Greek islands two times a week with itineraries to Heraklion on Crete starting on July 2. In addition, services to Rhodes begin on July 10, and to Skiathos on July 20.

Moreover, the company has included Geneva and Zurich in its summer schedule as the Swiss consider Cyprus a safe holiday destination, while flights to Tel Aviv will begin as soon as the Israeli authorities give permission. 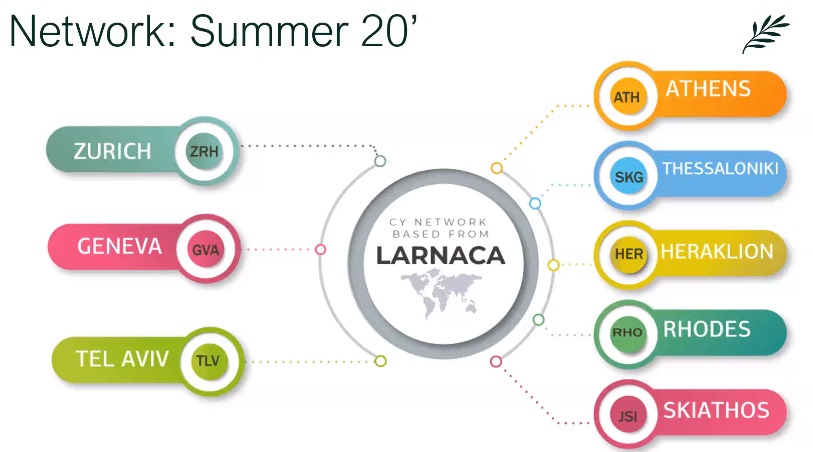 After three months of suspended operations due to COVID-19, the carrier has decided to revise its initial summer schedule.

“The summer program that we had originally planned for 2020 will be transferred to 2021…At the moment, we have to be cautions about the routes we introduce and our aircraft’s load factor in order to continue our operation until the COVID-19 crisis subsides,” Cyprus Airways PR and Marketing Manager Kiki Haida told reporters during an online press event on Friday.

Italy and the UK – one of Cyprus’ source markets in business and leisure travel – are not included in Cyprus Airways’ summer program. However, its executives are currently in talks with tour operators, looking into the potential of starting flights to the Czech Republic and Slovakia.

The revised summer program will run until September.

Meanwhile, prior to the start of the pandemic, the company had announced the addition of a new (third) aircraft to its fleet but has postponed the delivery for 2021.

The Cypriot carrier has introduced several measures to ensure the health and safety of its passengers and employees, always in line with information and instructions from the local health authorities, the World Health Organisation (WHO) and the European Aviation Safety Agency (EASA).

These include the thorough disinfection of aircraft after each flight; the use of protective face masks and gloves by the crew; social distancing rules, as well as the use of face masks/coverings by all passengers. 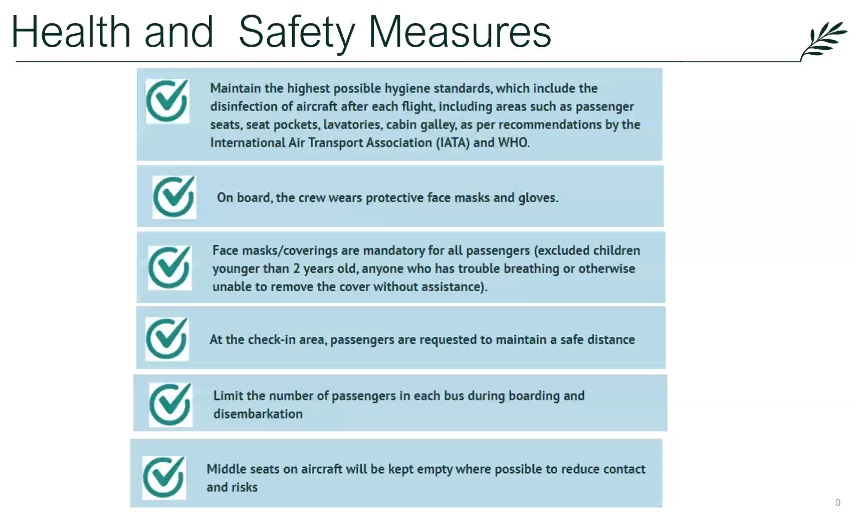 Meanwhile, air passenger traffic at Athens International Airport (AIA) is gradually increasing, as the airport during June 15-19 received an average of 11,000 passengers on a daily basis, instead of 8-9,000 during the week of June 8-14.

According to AIA Director of Communications and Marketing Ioanna Papadopoulou, on that day the airport received 12,229 visitors. 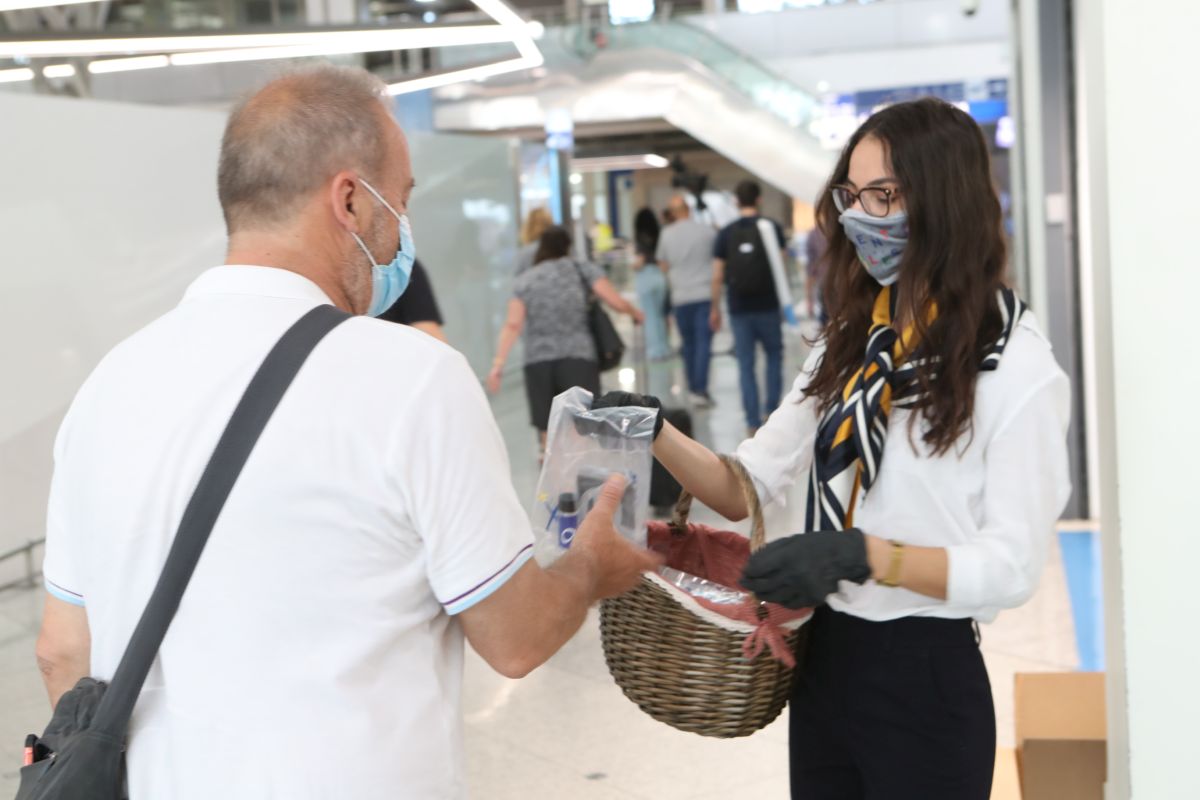 Speaking to reporters during Cyprus Airways’ press event, Papadopoulou noted that these figures could not compare with last year’s data due to the significant drop in arrivals observed during the last three months as a result of the coronavirus crisis.

Athens and Aegina Ready to Star in New French Film