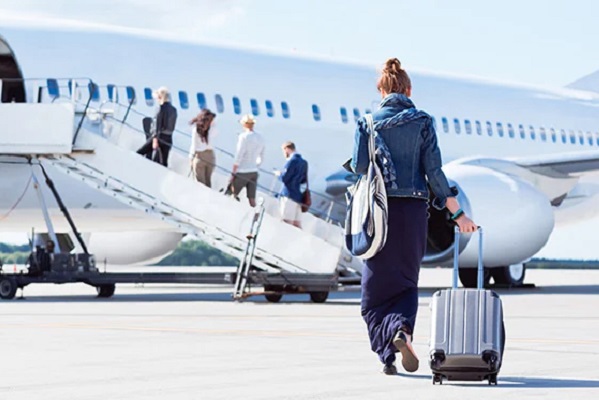 Industry experts may be confident about the resumption of travel after the Covid-19 pandemic subsides, but travelers appear to still be fearful of getting on planes, a recent study found.

The survey was conducted on a sample of frequent flyers from the airline and airport industry, financial, government and industry bodies, consultants, travel tech and hospitality professionals, as well as education, research and media in 33 countries.

According to the OAG survey, passenger sentiment hovered mostly in the “fearful” end of the 1-10 scale averaging a score of 3.8 with the most confident in the Middle East (6.2 out of 10) and the most fearful in the Caribbean and Africa. 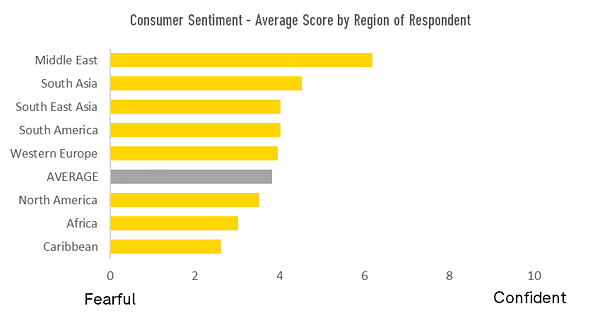 According to the findings, “excluding those who don’t generally fly for work, more than half (56 percent) expect to fly as soon as their work requires them to travel or as soon as restrictions are lifted while a quarter says they will wait until they are convinced flying is safe, with the remainder waiting until there is a vaccine in place or when immunity passports are available,” OAG said. 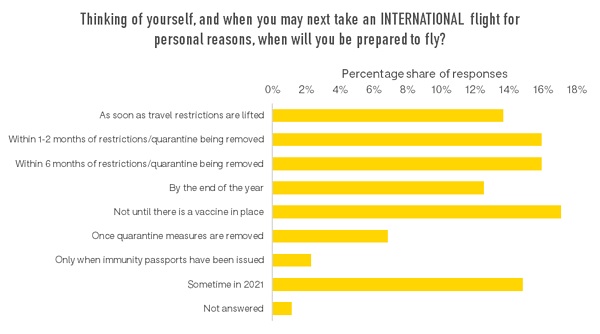 At the same time, in terms of traveling for personal reasons, the OAG survey found that 76 percent would take a domestic flight by the end of the year and 38 percent within two months.

With regard to international flying for personal reasons, 58 percent said they were willing to take a long-haul flight this year, and 30 percent within two months of restrictions or quarantine measures being lifted.