Santorini Looks Towards a Future Without Plastic 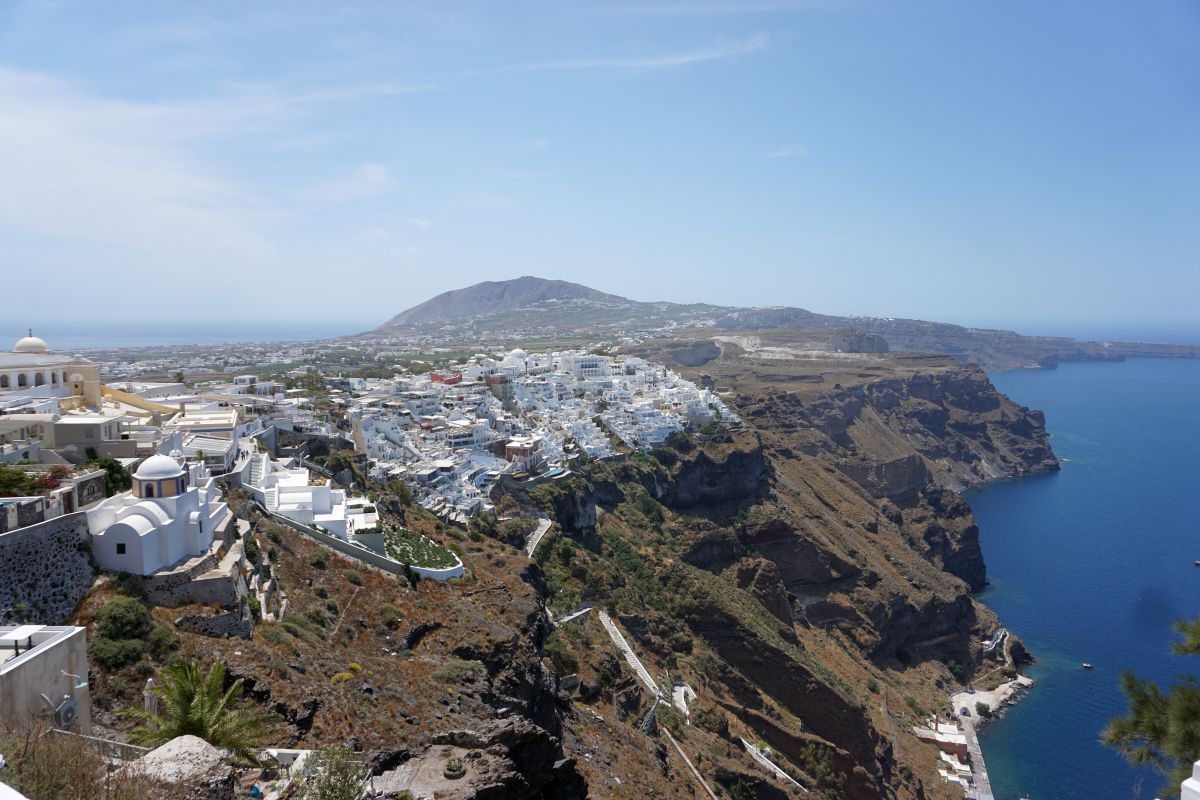 Santorini, one of Greece’s and the world’s most popular island destinations, is taking action to reduce its plastic footprint resulting from tourism activity.

The Municipality of Thira, in partnership with the Greek Tourism Ministry, on Sunday inaugurated its new alternative tourism campaign “Plastic-Free Santorini”, sponsored by Lidl Hellas and the Laskaridis Foundation. The campaign was originally announced in February but its launch was postponed due to the Covid-19 pandemic.

During a press conference held on the island, an agreement that sees the island gradually reducing the use of plastic until it is able totally abolish its usage, was signed between Santorini Mayor Antonis Sigalas, Greek Tourism Minister Harry Theoharis and Lidl Hellas President Iakovos Andreanidis. 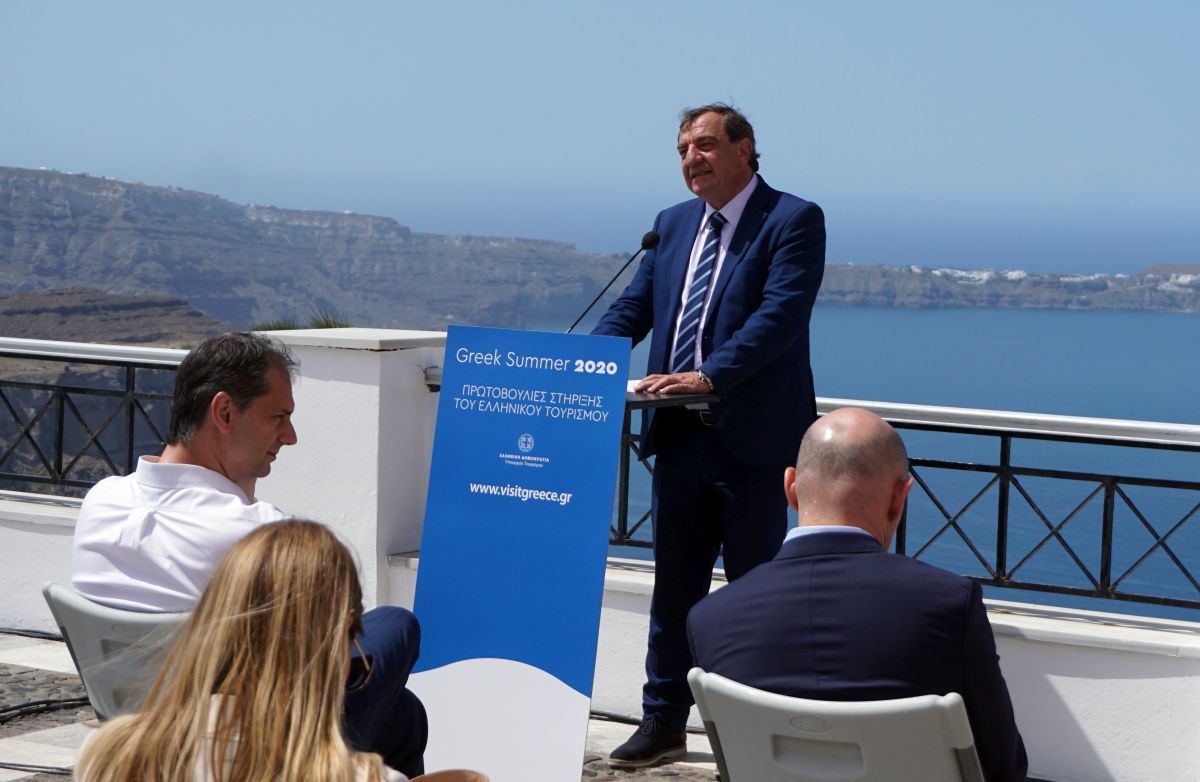 “This is a difficult task that requires awareness… We need to resist our habits and eventually change them. Not by force, but by our own free will that will prove beneficial,” Mayor Sigalas said.

As underlined during the press conference, the aim of the campaign is to be able to promote Santorini around the world as “The first island in the Aegean free from plastic”.

According to the mayor, during the peak tourist months, coastal pollution increases by 117 percent, with 87 percent due to plastic waste.

“It is predicted that in 2050 there will be more plastic than fish in the sea. These elements alone are enough to lead us to the conclusion that plastic is deadly,” he stressed. 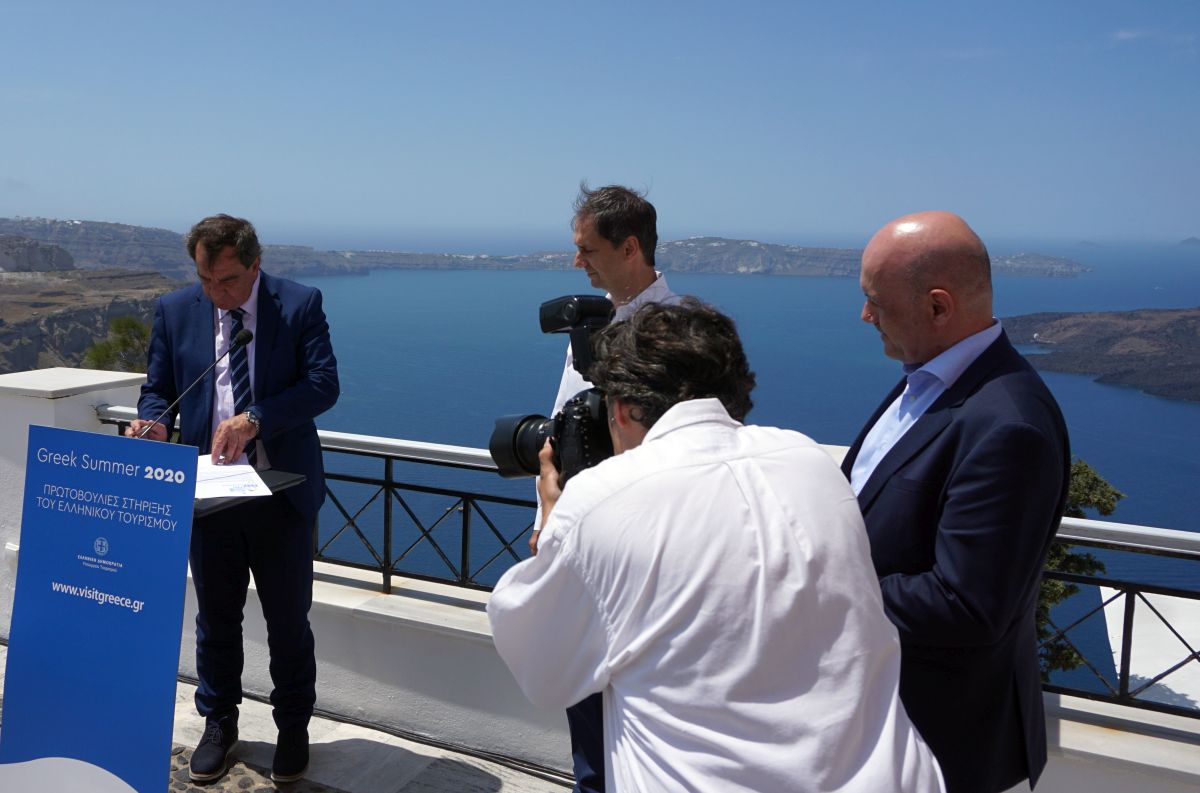 In the first phase, the campaign will run in locations of high tourist traffic, such as airports, ports, passenger ships, etc., as well as on online.

In the second phase, the “Plastic-Free Santorini” campaign will run through educational programs on Santorini, while direct interventions will be made on the island beaches in collaboration with the Laskaridis Foundation, known for developing extensive action to protect coasts throughout Greece.

The mayor said that the municipality intends to work with voluntary environmental organizations, the educational community, cultural and sports bodies, towards the direction of eliminating plastic usage.

“Santorini will take this leap into the future with everyone’s help. Into a future without plastic,” the mayor said. 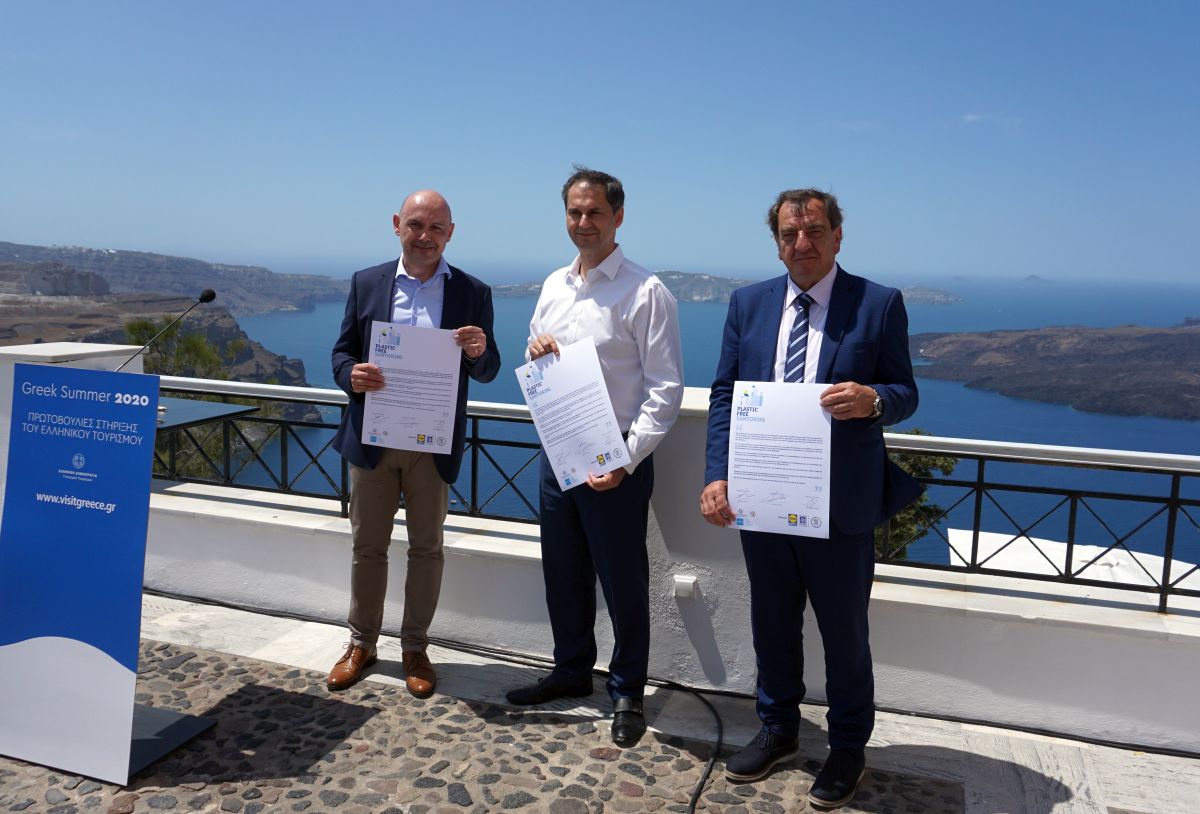 On his part, Greek Tourism Minister Harry Theoharis said that the “Plastic-Free Santorini” campaign responds to the universal trend of ecological sensitivity and environmental protection, especially in the tourism sector.

“We are very pleased that the opening of Greek tourism from tomorrow (Monday, June 15) coincides with the launch of the ‘Plastic-Free Santorini’ campaign,” Minister Theoharis said, adding that plans include the campaign spreading to other islands and areas in Greece.

Lidl Hellas, in its first major partnership with authorities, is sponsoring the needs of the “Plastic-Free Santorini” campaign with a budget of 500,000 euros.

On his part, Lidl Hellas President Iakovos Andreanidis said that the goal is for “everyone together” to declare Santorini, an island with special environmental sensitivities and a timeless symbolism, as “The first island in the Cyclades, in the Aegean, Free From Plastic”.

“Our intention is to reduce the reckless use of single-use plastic, to recycle, to think in terms of the circular economy and to protect our shores and seas,” Andreanidis said.