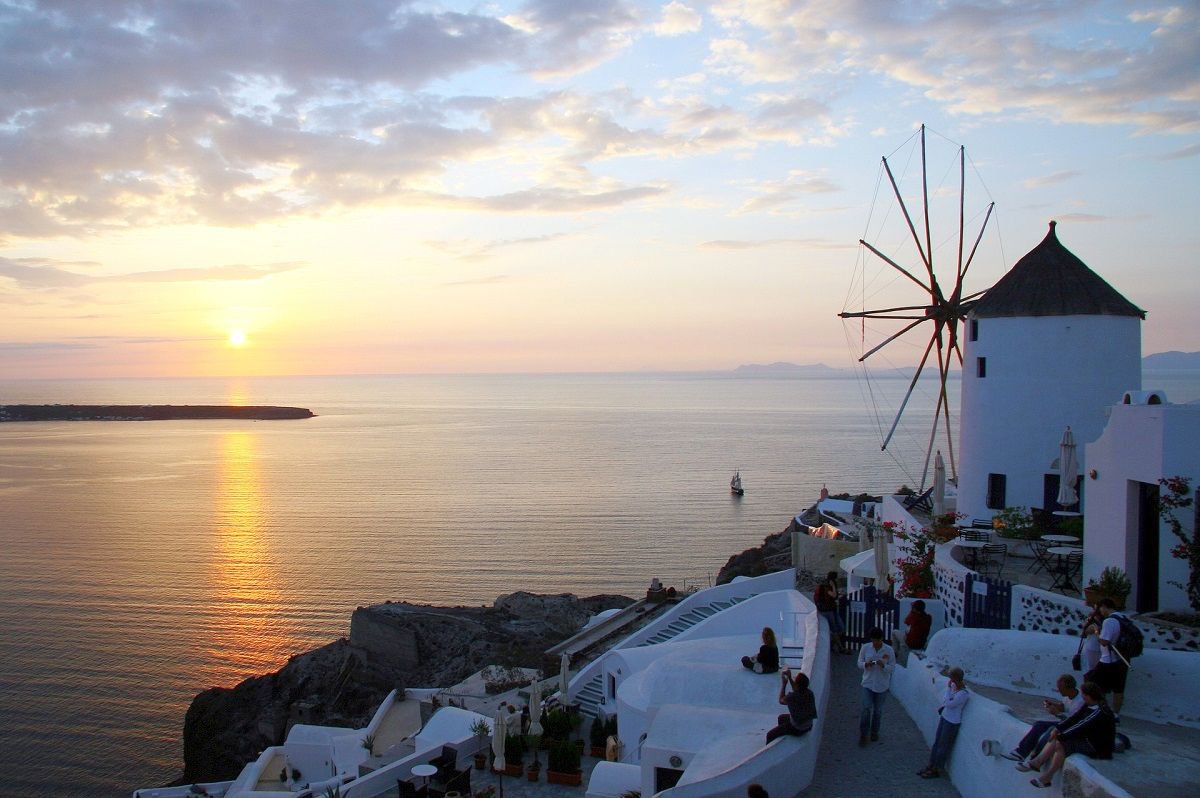 While nearly no new international flight bookings were made for April and May due to Covid-19 lockdowns, ForwardKeys said a rise began to form towards end-May following a series of announcements by southern European governments eager to welcome tourists for the summer season.

On May 20, Greek Prime Minister Kyriakos Mitsotakis announced that the country would open its doors to foreign tourists from July 1. Similar announcements were then made by Portugal’s Foreign Minister, Augusto Santos Silva and Pedro Sánchez, Spain’s Prime Minister.

According to Forwardkeys, markets reacted immediately.

Between May 20 – June 3, the number of international flight tickets issued for Greece increased from effectively zero to 35 percent of what they were during the same period in 2019. 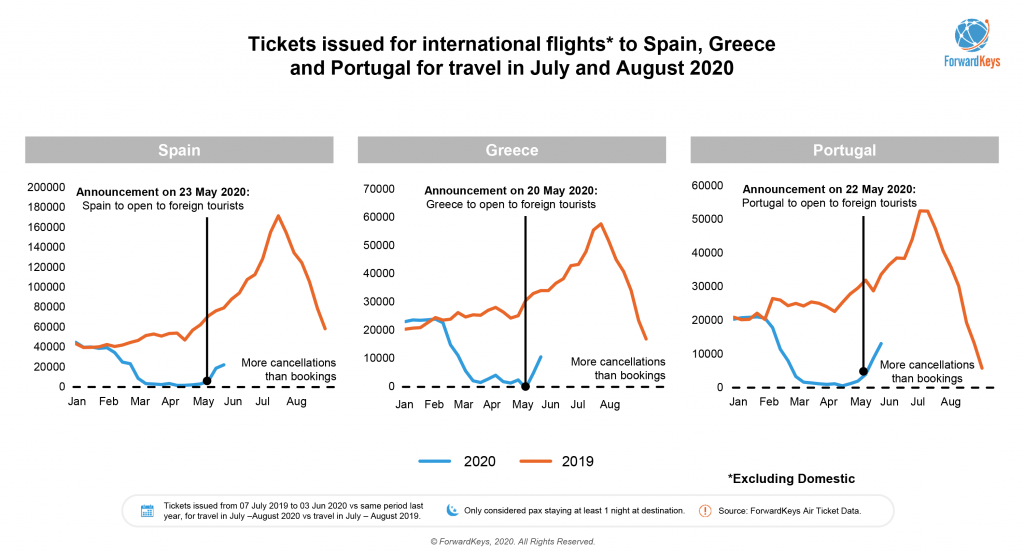 “A closer analysis by type of traveller reveals that there has been a very similar pattern of recovery in all destinations. Leisure travellers account for the bulk of new tickets, but recovery has been stronger amongst ex-pats and people visiting friends and relatives (VFR). In that niche, air tickets to Greece, Portugal, and Spain, reached 89 percent, 87 percent, and 54 percent of 2019 levels, respectively,” Forwardkeys said. 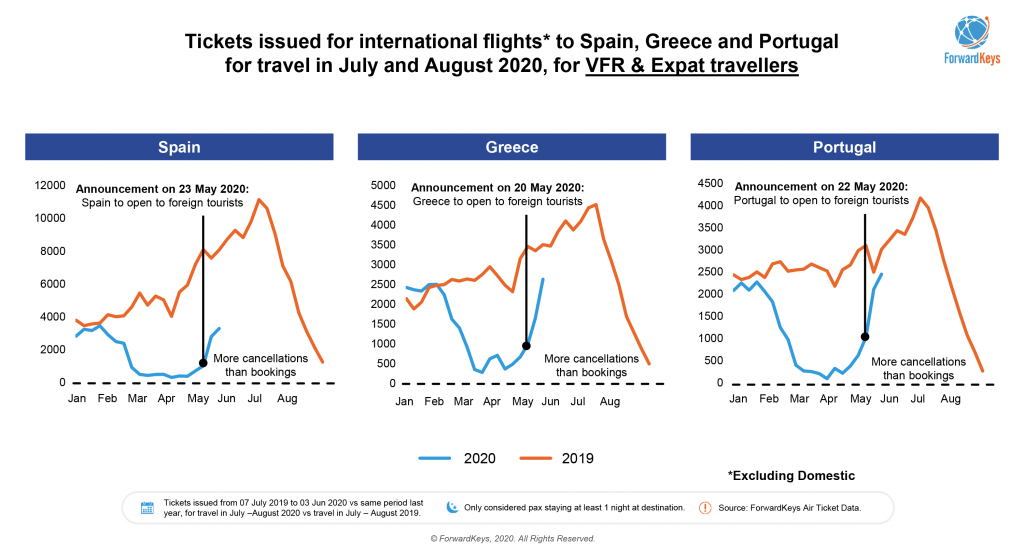 ‘People are still reluctant to fly’

“However, given that there should be strong pent up demand for holidays in southern Europe in July and August, the relatively low booking levels, compared to 2019, suggest that people are still reluctant to fly,” Ponti said.

According to Ponti, bookings for Greece, Portugal, and Spain are respectively 49.8 percent, 52 percent and 53.5 percent behind where they were at the beginning of June 2019.

“It will still be challenging for any of those countries to rescue this Summer holiday season at this rate,” Ponti added.

Greece Prepares Covid-19 Island Plan as it Opens to Tourism