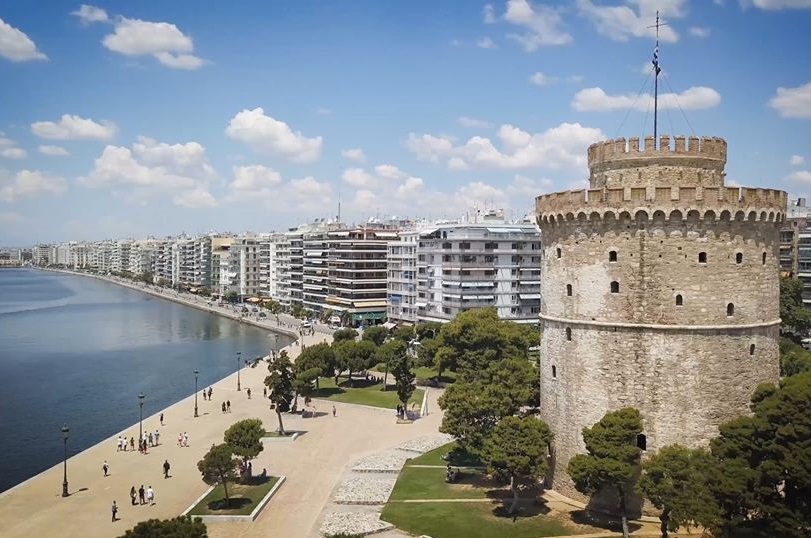 The reputation of  Thessaloniki in Greece as attractive international MICE destination is growing stronger, according to the latest rankings of the International Congress and Conference Association (ICCA). 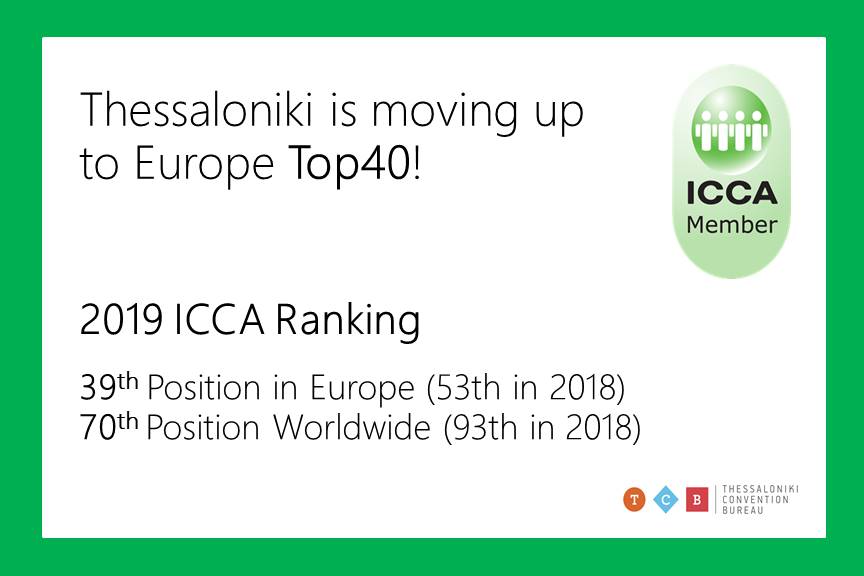 According to data by the Thessaloniki Convention Bureau (TCB), a member of ICCA, the city hosted 39 conference events in 2019, which is up by 35 percent compared to the previous year, and welcomed a total of 10,350 participants. 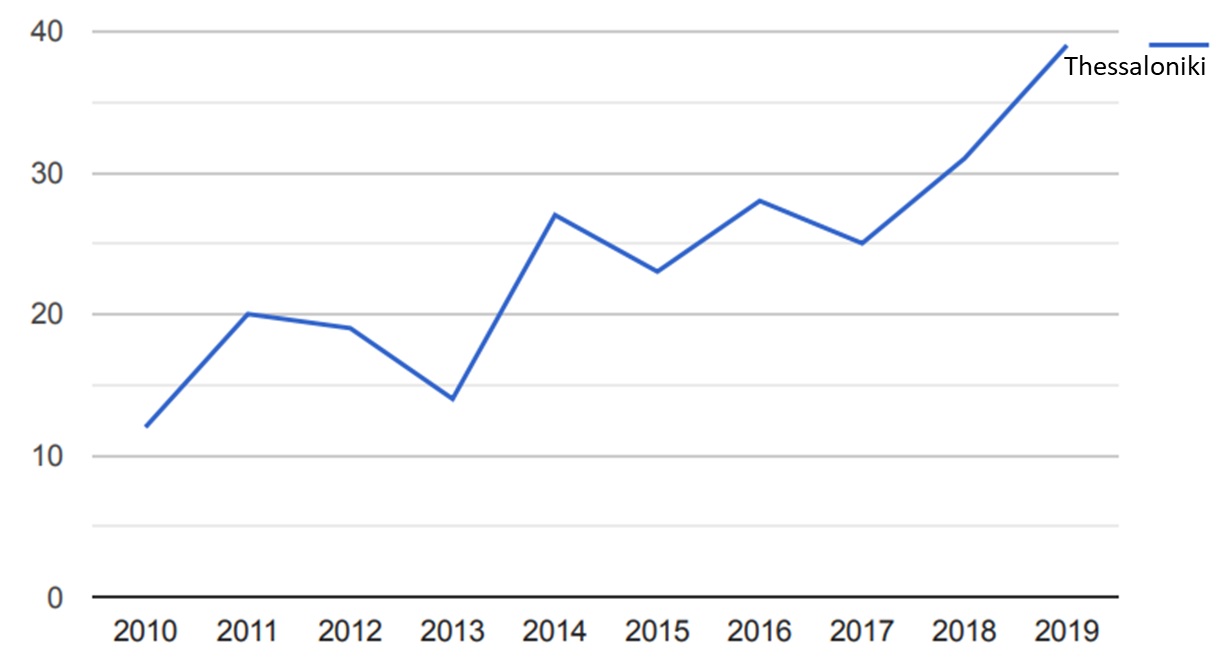 “This is very good news for Thessaloniki, and significant for planning our strategy and redefining our goals… Greece is considered a safe destination and this is a solid foundation for us to continue and intensify our efforts to promote the city in the global conference market,” said Giannis Aslanis, chairman of the TCB Board of Directors.

ICCA’s 2019 statistics captured 13,254 rotating association meetings, the highest ever recorded annual figure in its yearly statistics, with an increase of 317 from last year’s record-breaking figures.

Paris ranked first for a second time in a row with 212 conferences, followed by Lisbon, Berlin, Barcelona and Madrid. 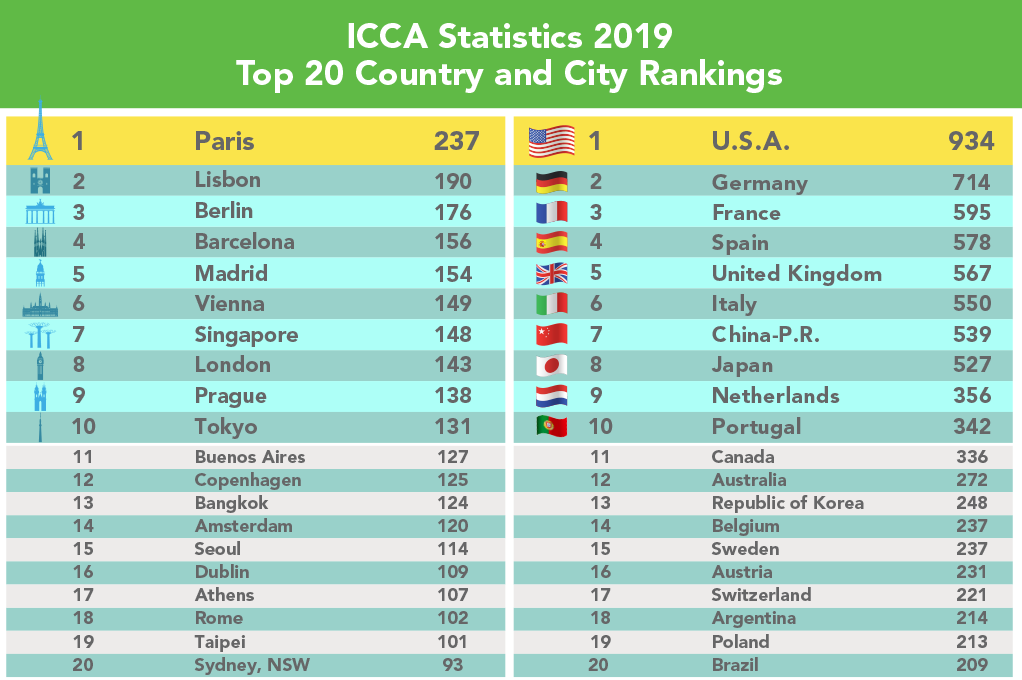