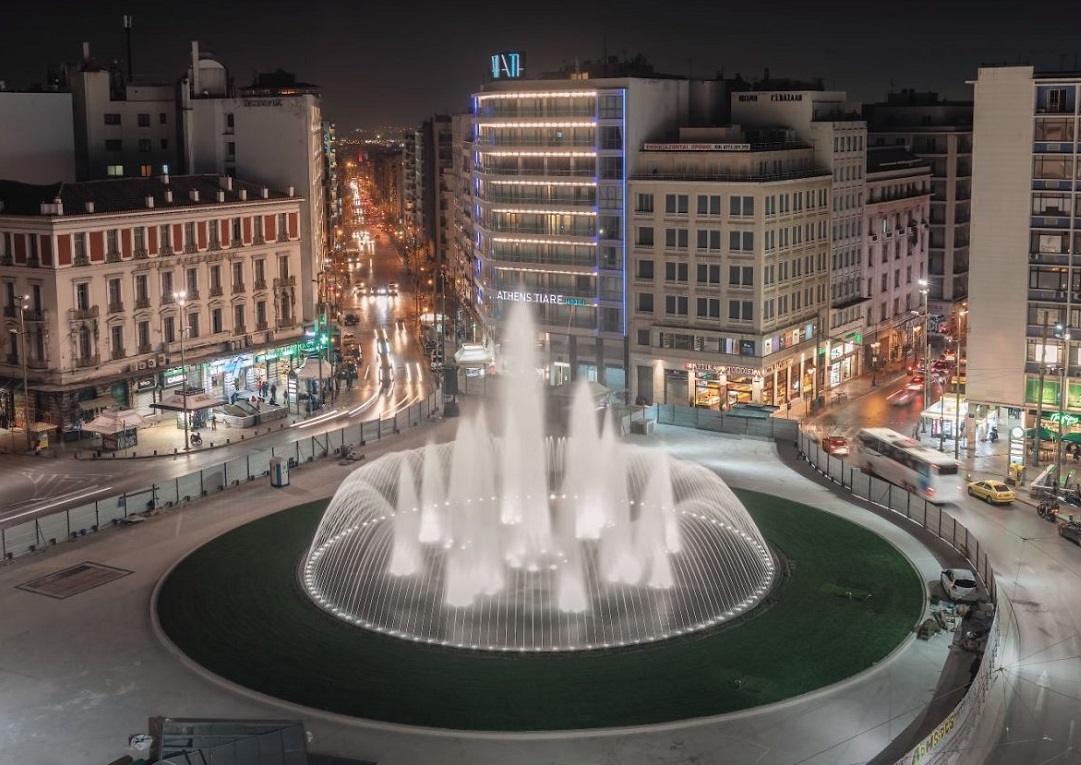 One of Athens’ busiest squares, Omonia reopened to the public this week after extensive renovation and upgrade works, Athens Mayor Kostas Bakoyannis announced.

A fountain, that was the trademark of the square decades ago, has been reinstalled with the aim to create a city oasis. The renovation of Omonia Square is part of an ongoing municipal overhaul program which also includes the recently announced 6.8km city walk dubbed “Megalos Peripatos” (Grand Stroll).

“Athens and its residents are regaining their public space. Every emblematic point of the city leaves its imprint on daily life and culture. This is also the case with Omonia, which returns to Athens residents not as a crossing point but as a point of reference and destination,” said Bakoyannis.

One of the main monuments erected on the square is a hydrokinetic sculptural composition “Five Circles” by Greek sculptor, painter and architect George Zongolopoulos.

The upgrade of Omonia Square was made possible through donations by the A.C. Laskaridis Charitable Foundation, Fontana Fountains, Ellaktor construction group and the Onassis Foundation.

Bakoyannis is aiming to restore Omonia Square to its past glory. In this direction, he has announced the opening of new hotels as well as the move of the Greek tourism ministry together with the Greek National Tourism Organization (GNTO).