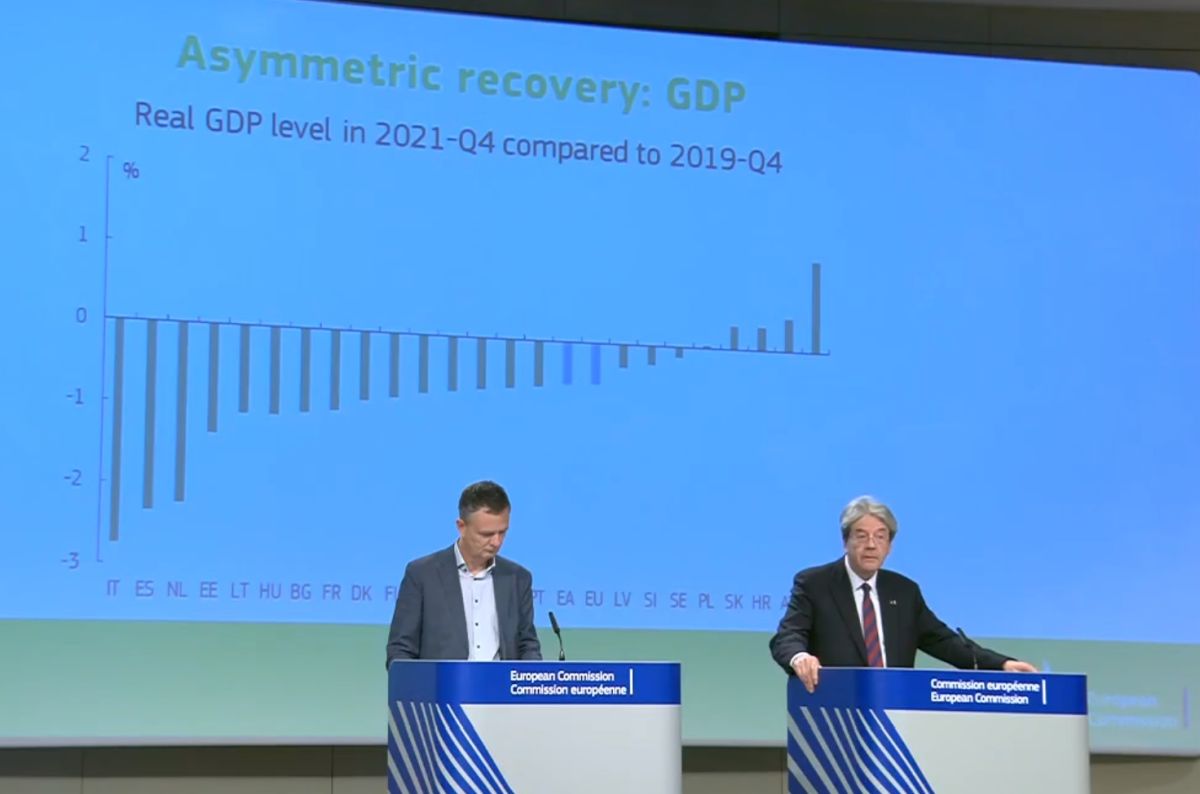 The European Union has entered the deepest economic recession in its history, due to the Covid-19 pandemic, with the unprecedented shrinking of economic activity posing a threat to the single market and the euro area.

Τhe European Commission’s Spring 2020 Economic Forecast on Wednesday showed that the EU economy is expected to contract by a record 7.7 percent in the euro area.

According to the forecast, the shock to the EU economy is symmetric in that the pandemic has hit all Member States, with the southern countries hit the hardest and the Commission predicting a deep recession in Greece, Italy and Spain, with their economic activity expected to contract the most, by 9.7 percent, 9.5 percent and 9.4 percent, respectively. On the other hand, Germany is expected to endure a less steep contraction (6.5 percent) than most Member States and recover faster to pre-pandemic output levels.

“Europe is experiencing an economic shock without precedent since the Great Depression,” said Paolo Gentiloni, European Commissioner for the Economy, during a press conference. 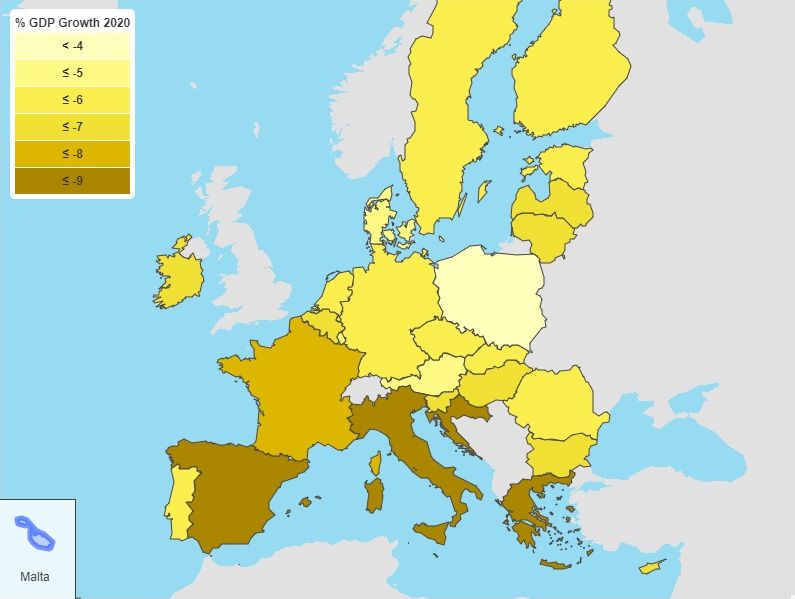 “Both the depth of the recession and the strength of recovery will be uneven, conditioned by the speed at which lockdowns can be lifted, the importance of services like tourism in each economy and by each country’s financial resources,” he said.

In 2021 the Commission expects a rebound of 6.3 percent in the euro area – “not enough to fully make up for this year’s loss”. By the end of 2021, only Germany, Austria, Croatia, Slovakia and Poland are forecast to recoup the level of economic activity seen in the last quarter of 2019. 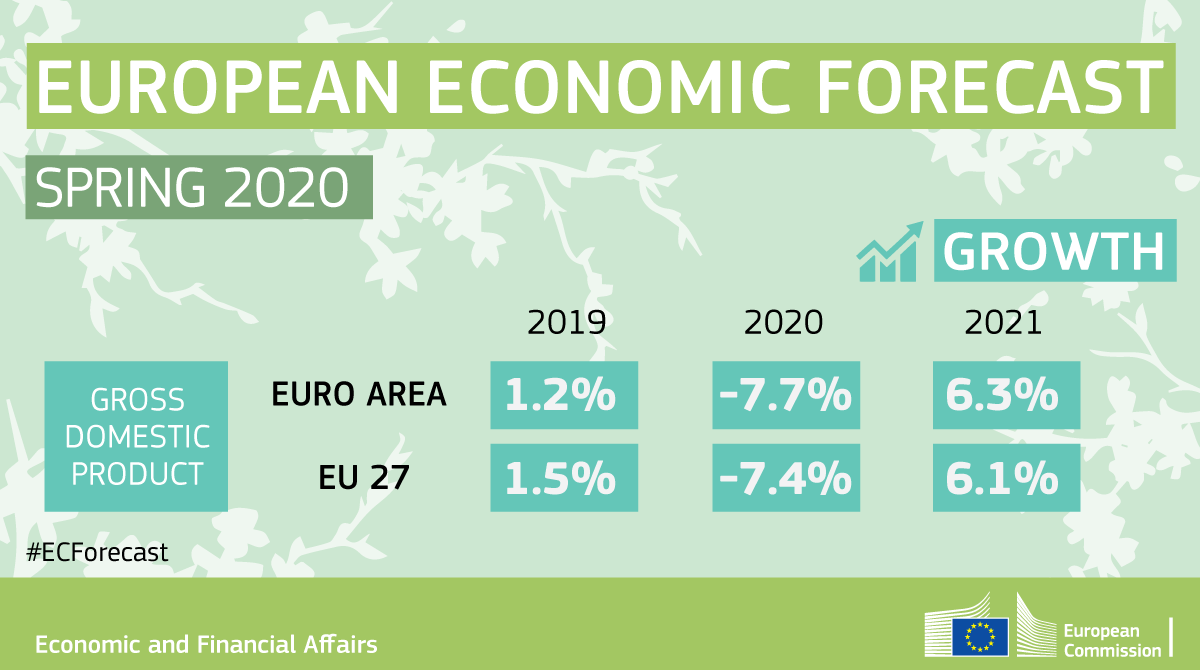 Consumer prices are expected to fall significantly this year due to the drop in demand and the steep fall in oil prices, which together should more than offset isolated price increases caused by pandemic-related supply disruptions.

Inflation in the euro area, as measured by the Harmonised Index of Consumer Prices (HICP), is now forecast at 0.2 percent in 2020 and 1.1 percent in 2021.

Investment is likely to contract substantially. “Faced with heightened uncertainty about future sales prospects, firms are likely to postpone or even cancel their investment plans. As it is the case for the economic activity as a whole, an incomplete and asymmetric investment recovery is expected across the Union next year,” Gentiloni said. 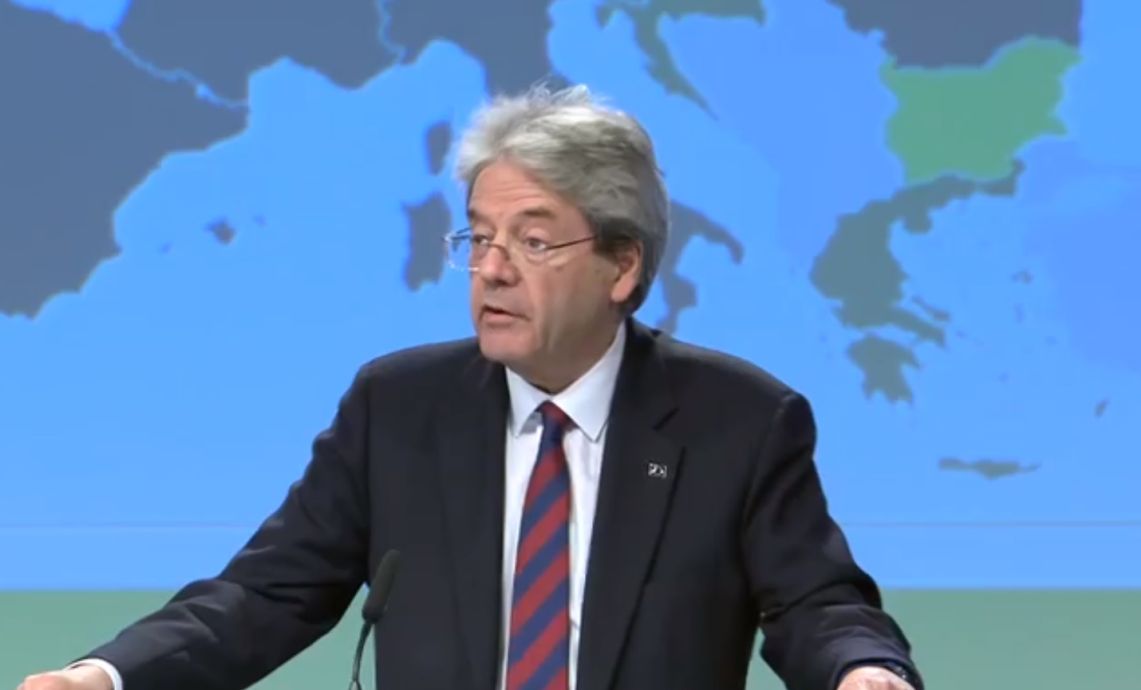 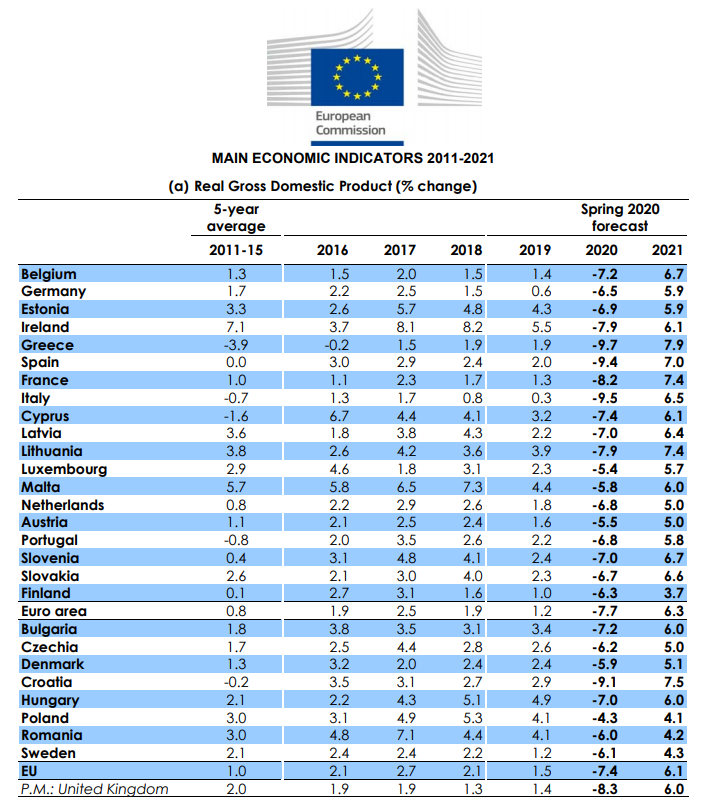 “The common crisis will have different consequences. How well countries emerge from this crisis will depend on the severity of the pandemic and the stringency of their containment measures. It will also depend on their openness and the exposure of their economies to sectors that have been hit the most,” Gentiloni said.

However, the commissioner said that the coronavirus threat can be mitigated through decisive, joint European action.

“We must rise to this challenge,” he said.

Gentiloni announced that a plan to finance the economic recovery in the EU, which will include grants and long-term loans, will be prepared by the Commission in the coming weeks.