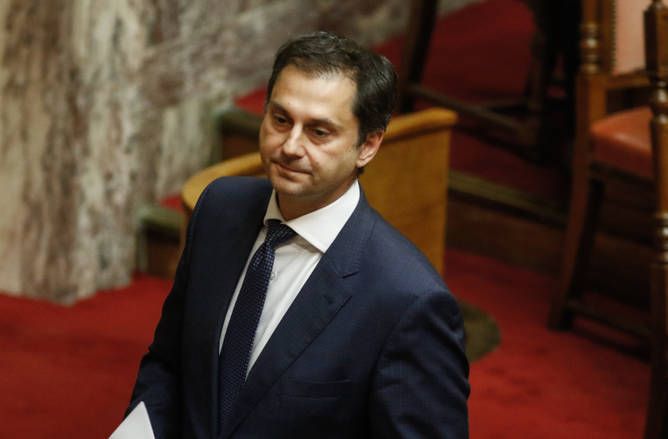 Health safety protocols for the responsible operation of tourism businesses, diplomatic contacts to reopen borders between countries and a new campaign are included in the Greek Tourism Ministry’s plan for the sector’s restart in the post-Covid-19 period.

Speaking on Monday night in parliament, Greek Tourism Minister Harry Theoharis said that health protocols for the safe and responsible operation of the country’s hotels, marinas, yachting ports, tour buses and airplanes, are currently being prepared by the ministry in cooperation with EODY, Greece’s public health organization.

According to the minister, the protocols and standards are being defined in a way that will safeguard the health of citizens and tourists, as well as the reputation of Greek destinations.

Aiming for Greece to be among the first countries to finalize the health protocols for tourism, Minister Theoharis said they are expected to be finalized and announced by May 8 in order for talks with social partners to proceed.

Greece is expected to be open for tourists as of July 1, according to Greek Prime Minister Kyriakos Mitsotakis.

During his speech, the minister highlighted the importance of diplomatic contacts for Greek tourism’s restart and said that working groups are already in talks with specific countries to make it possible for borders to open for travel as soon as possible.

Minister Theoharis said that Greece will be ready to welcome tourists but if governments of other countries such as Germany, Russia and the US quarantine visitors from Greece, then no tourists will bother to come.

“No one will come for a few days just to be quarantined after for two weeks,” he said, adding that Greece needs to boost diplomatic contacts regarding the issue.

According to reports, Greece has already been approached to be part of an alliance to boost tourism among the few nations that managed to contain the spread of the coronavirus with success.

In regards to promotional actions, the minister said that a campaign to promote Greece will be ready in the coming weeks, while the ministry is also strengthening contacts with tour operators and international media outlets.

Minister Theoharis said that the ministry will move in three directions to safeguard the tourism product. This includes providing support to employees that will not work this season; support to tourism businesses that will open during the difficult period; and boosting competitiveness.

“This is a plan that will allow us to turn this crisis into the biggest opportunity for Greek tourism. Because we want to be the first in Europe to recover, the first to inspire confidence in those who choose to come to our country,” the minister said, adding that he aims to reintroduce Greece to the world through tourism.