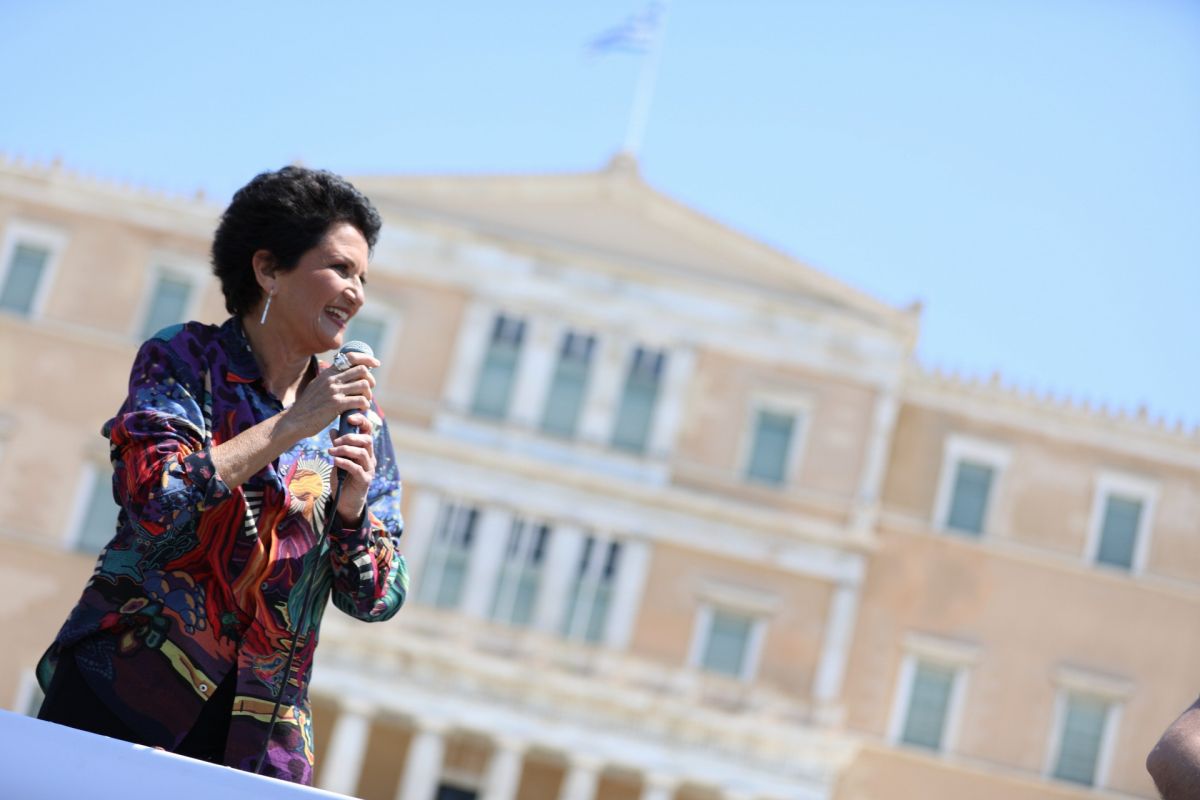 Internationally acclaimed Greek singer Alkistis Protopsalti on Saturday morning hit the streets of Athens and gave a mobile concert to spread optimism and joy through song.

With the white truck of the Municipality of Athens as her stage, Protopsalti sang many of her hits while being driven around neighborhoods of the center of Athens from 11 am and for 3,5 hours. 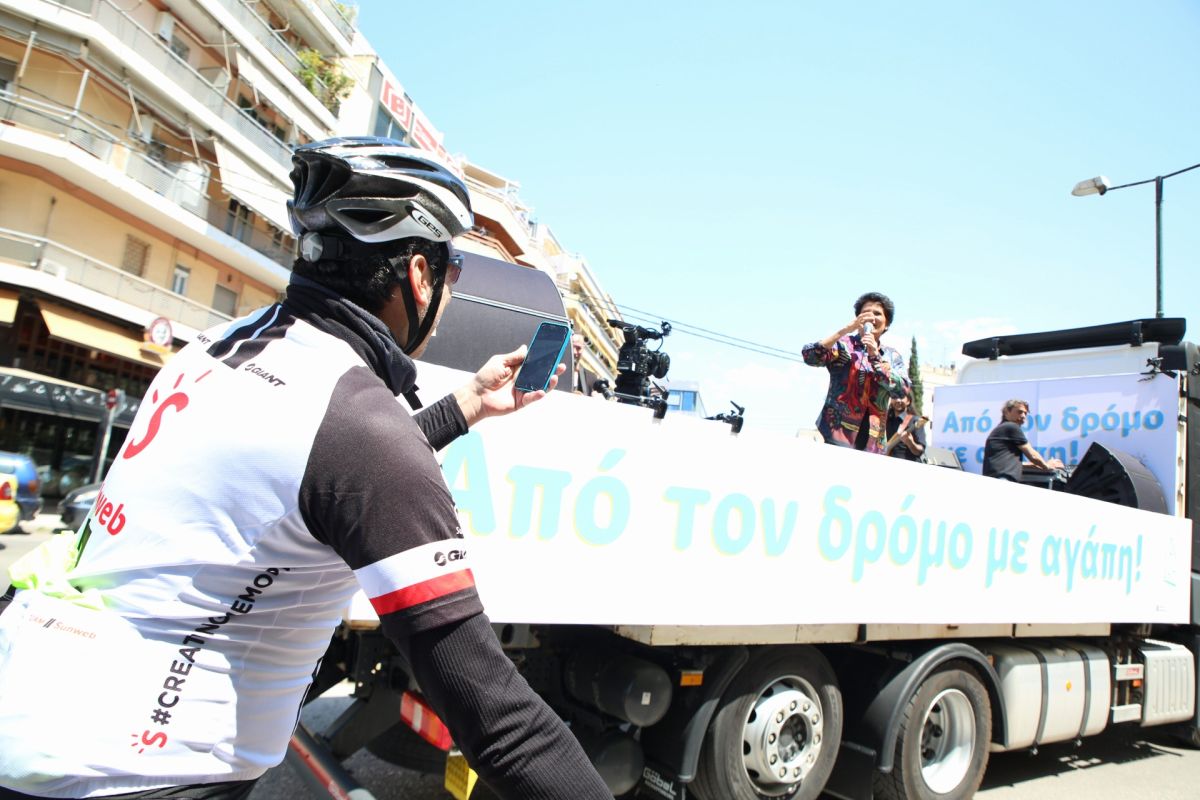 Dozens of Athenians took to their windows, balconies and rooftops to sing along and applaud while Protopsalti belted out tunes. 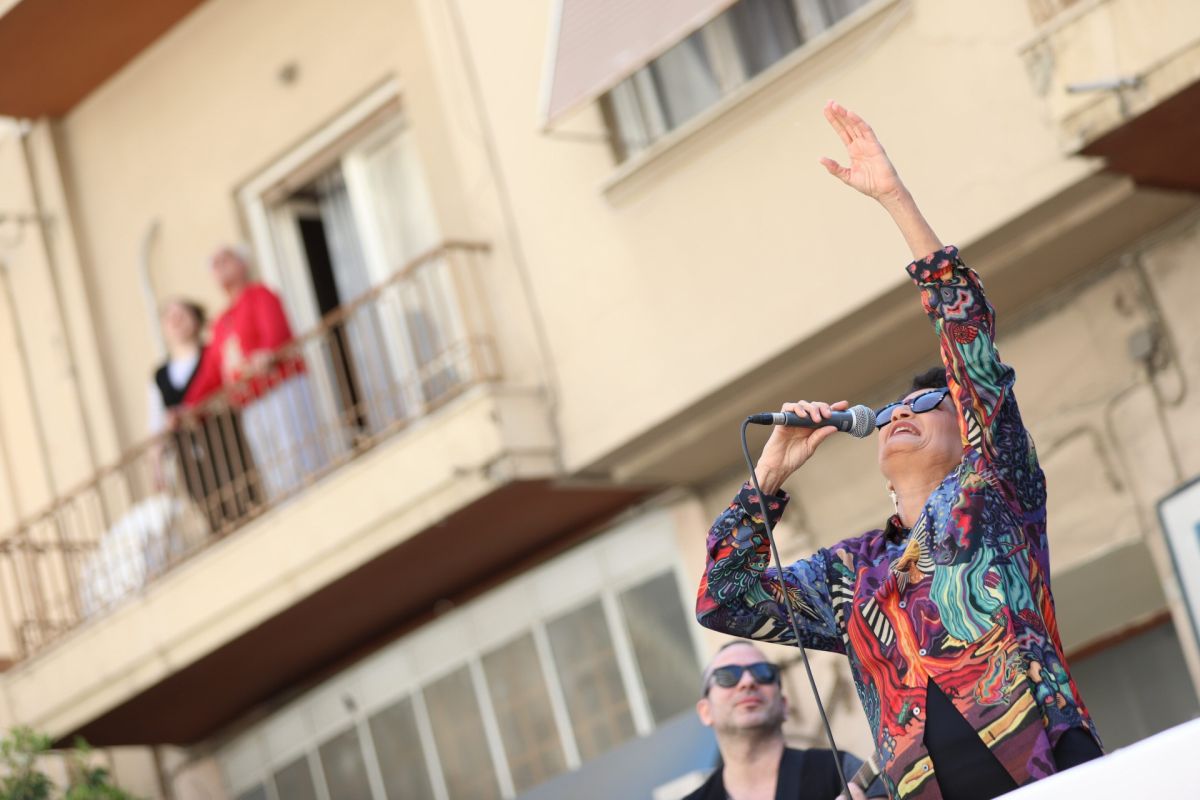 The truck with Protopsalti and her musicians started off from Technopolis, passed through dozens of small and large streets of the city, made short stops at central squares and also performed outside the hospitals “Sotiria” and “Evangelismos” where doctors, nurses and relatives of patients warmly applauded her. 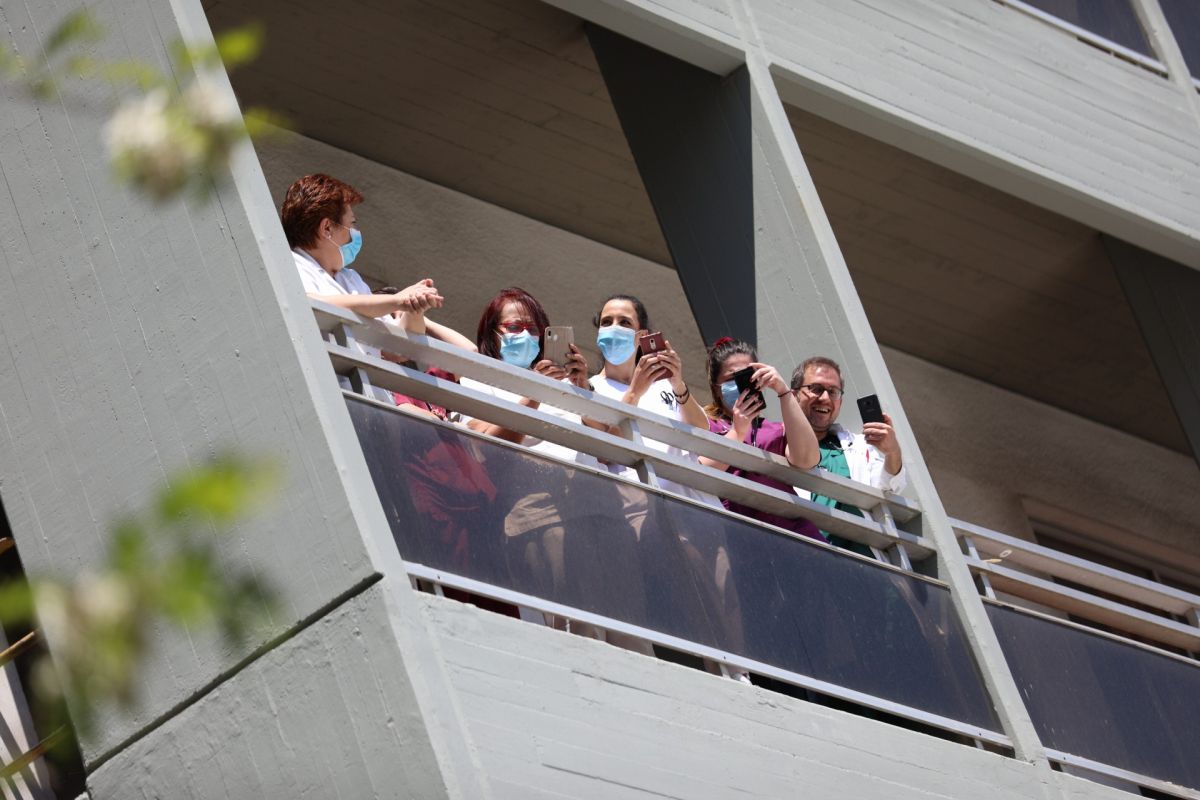 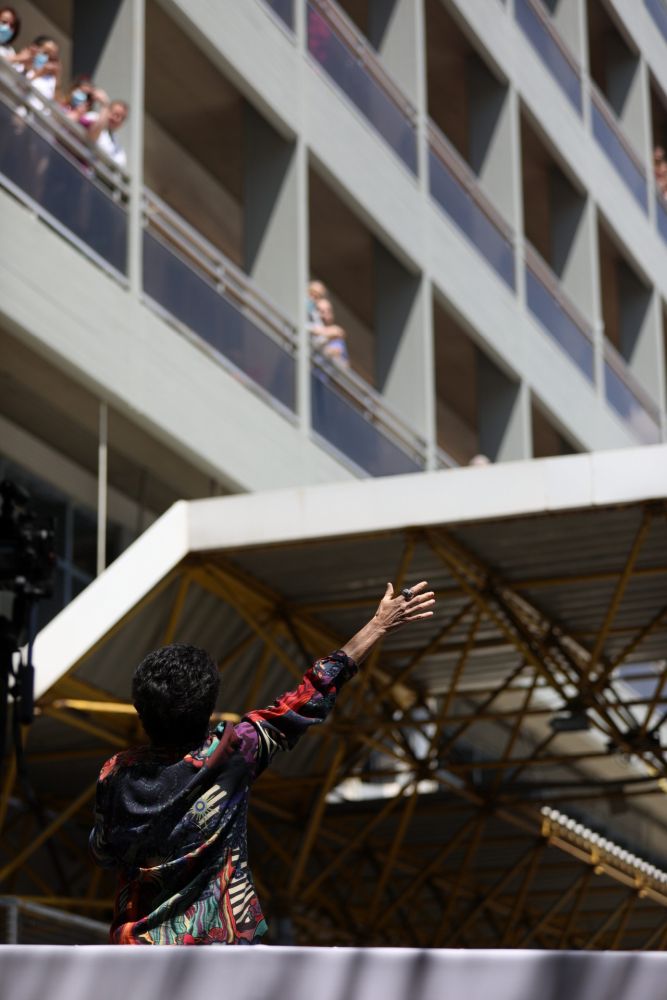 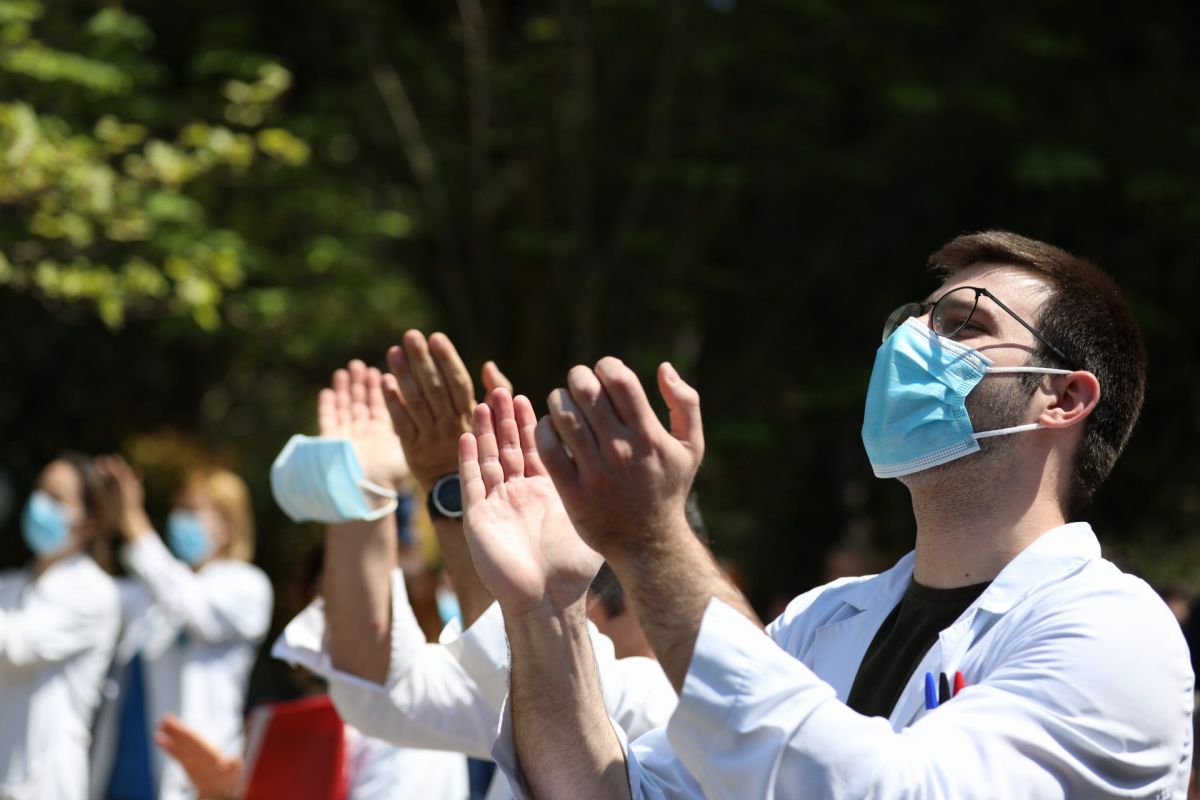 Earlier, she had passed in front of the Maximos Mansion, where Prime Minister Kyriakos Mitsotakis came down for a brief moment to greet the singer and her musicians.

“Since people can’t come to me, I found a way to go to them,” they singer said, underlining that she could feel the love of people through their smiles, tears and applause while she performed. 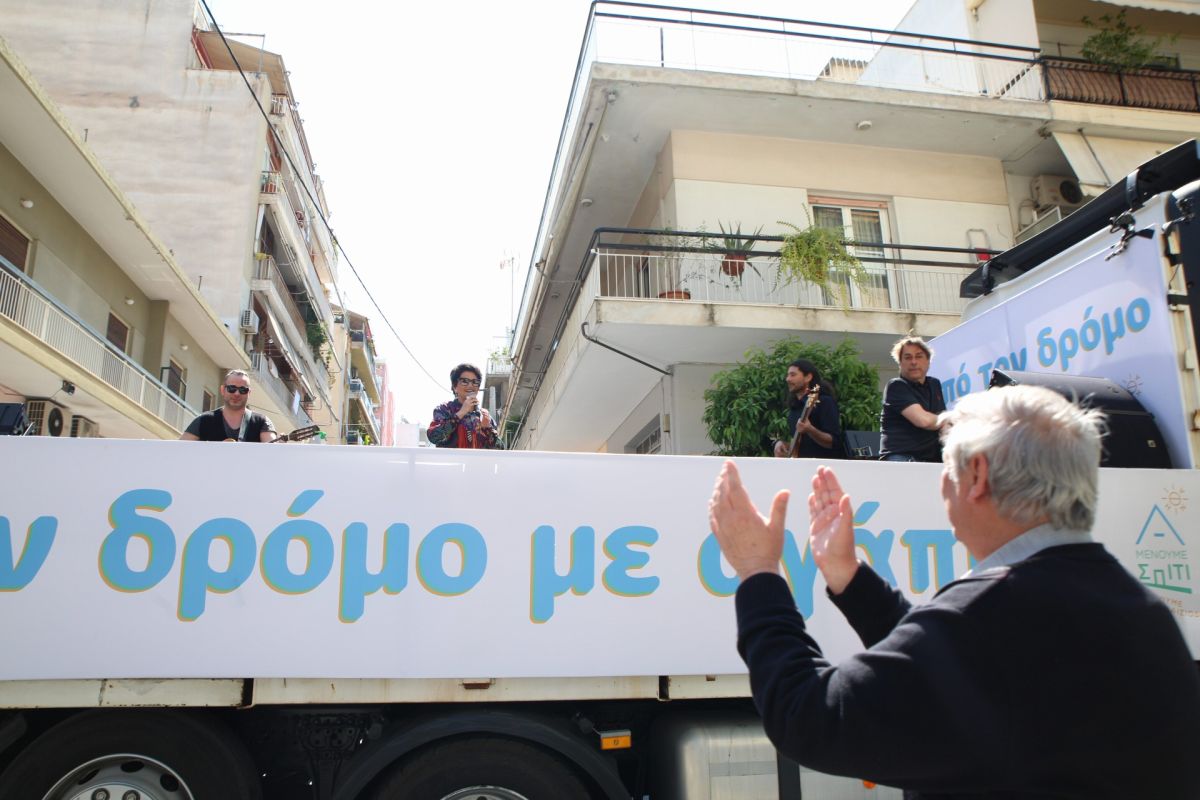 “These were the most astonishing three hours of my life … I hope that to we will get back to normal soon,” she said.

On his part, Athens Mayor Kostas Bakoyannis thanked the performer for spreading messages of hope and optimism, with her smile her voice, throughout the streets of Athens.

“We are doing everything we can to deal with the (Covid-19) crisis, but we also turn our attention to the positive side of life,” the mayor said. 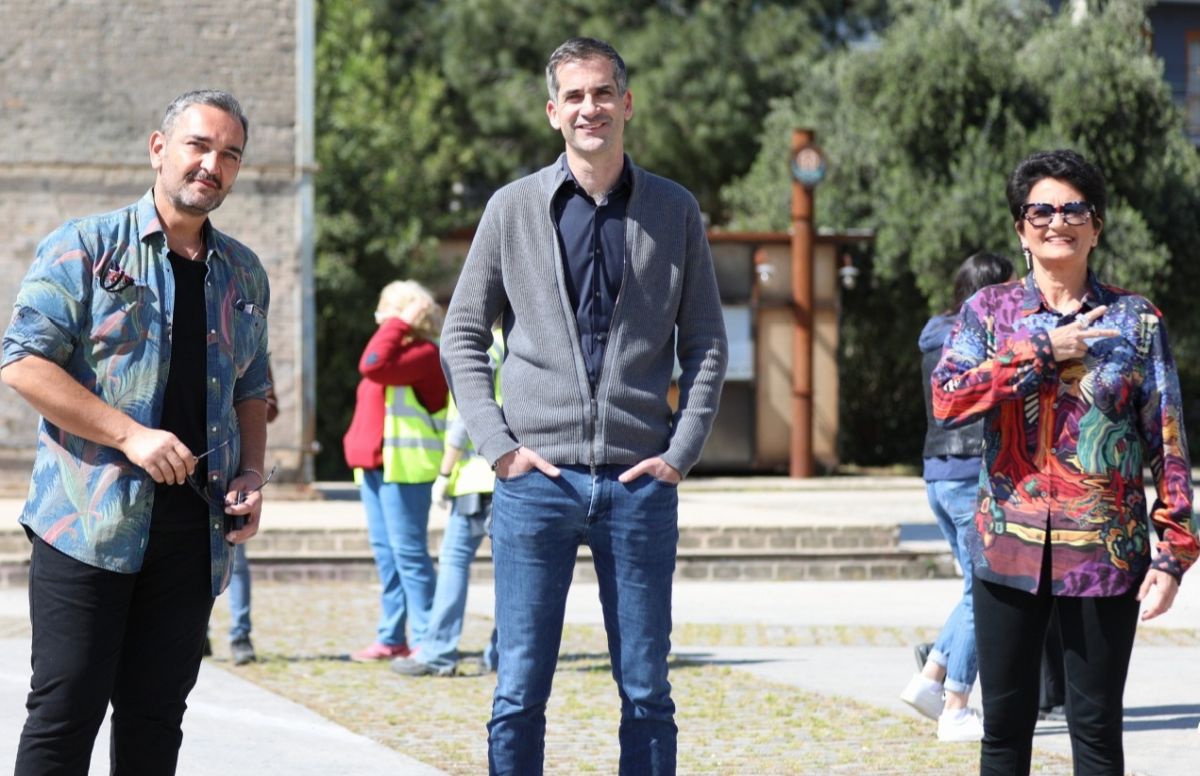 It should be noted that Protopsalti came up with the idea for the non-profit mobile concert event and was aimed to cheer up Athenians as they stay home in accordance to Greece’s measures to curb the spread of the coronavirus.

Protopsalti was born October 18, 1958, in Alexandria. She began a remarkable singing career in Greece in 1975 and is considered one of the top female voices in the country.

In 2015 she was part of Greece’s non-political caretaker government and served as Greek Interim Alternate Tourism Minister for a short period.