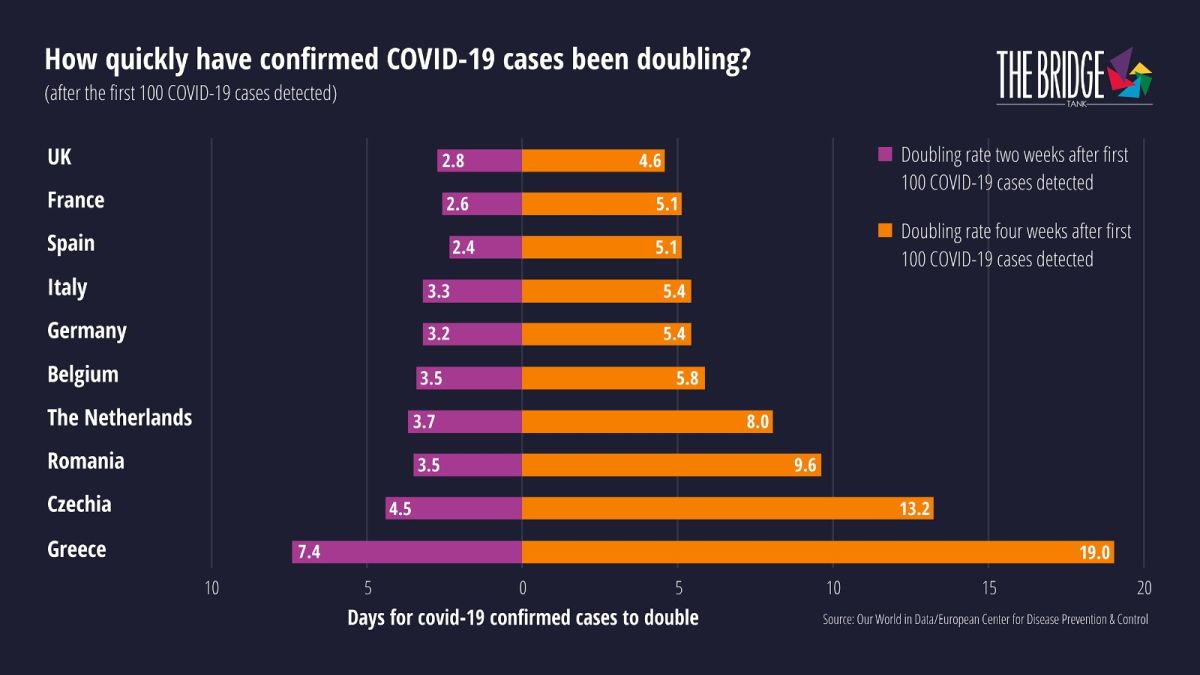 Greece has the best performance in Europe in terms of flattening the Covid-19 pandemic’s curve, according to a comparative pan-European report released on Thursday by the Bridge Tank. The report compares the outbreak of the coronavirus across ten major European countries.

According to the comparative report, Greece, thanks to early and strict containment measures, has successfully managed to flatten the curve and slow down the spread of the virus in the country.

On a chart of how quickly confirmed Covid-19 cases have been doubling, the data shows that four weeks after the first 100 cases of Covid-19 in each country were detected, it took 19 days for the number of cases to double in Greece, which is a clear indication that Greece is successfully flattening the epidemic curve. On the other hand, the UK is still experiencing a sharp rise in confirmed cases.

The comparative report describes the contrast between Greece – “which suspended public events and closed schools even before the first 100 cases were detected”, and Spain – “which took similar decisions at a much later stage of the epidemic” – as “particularly striking”.

To understand why Greece has performed so well, the report makes a comparison between Greece and Spain underlining that both countries share a vibrant social culture and a climate favourable for spending time outdoors.

“The comparative speed of the lockdowns between Greece and Spain is startling. On the 8th of March, five days before one hundred cases had been confirmed in Greece, the government had already suspended all public events. In Spain, public events were suspended only seven days after 100 cases had been confirmed. In Greece, school closures had already been announced three days before 100 cases were detected, whilst in Spain schools remained open until 12 days after passing the hundred case mark.”

The report also notes that another reason why Greece may be performing well is that the government was fast to ban religious gatherings in particular, which on average attract older citizens. 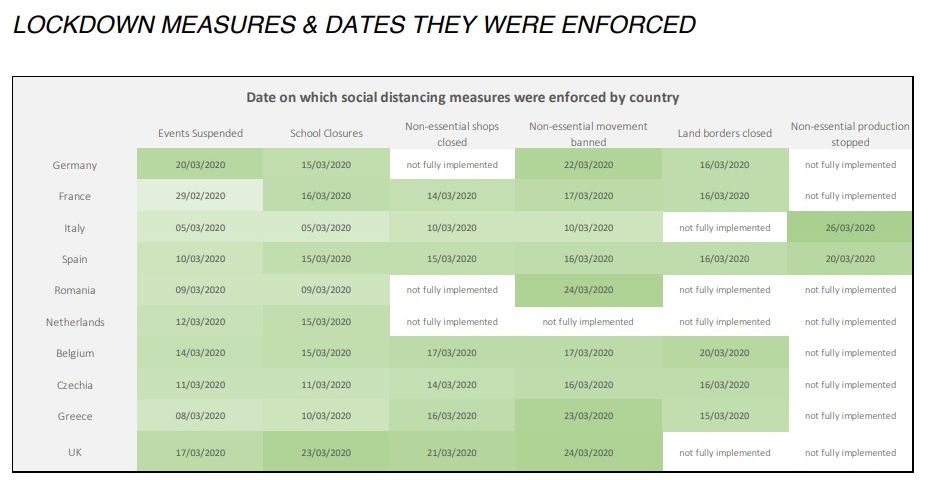 In the list of countries with the best performance, Greece is followed by the Czech Republic and Romania, while Italy, Spain, France,UK, The Netherlands and Belgium are among the countries that have been hit hardest by the coronavirus.

Bridge Tank Chairman Joel Ruet said: “In the sea of data about Covid-19, one indicator stands out: the doubling rate of deaths and confirmed cases. It allows to measure how well countries are flattening the curve. With the exception of Germany, we see a strong correlation between an early lockdown and subsequent success in controlling the spread of the virus.”

On Germany, the report says that though the country’s lockdown measures were implemented relatively later and not fully, the number of deaths has not reached the levels met by its neighbours but is still progressing quickly in relative terms.

Based in France, the BridgeTank is an international think tank dedicated to emerging economies and connecting visionary elites.