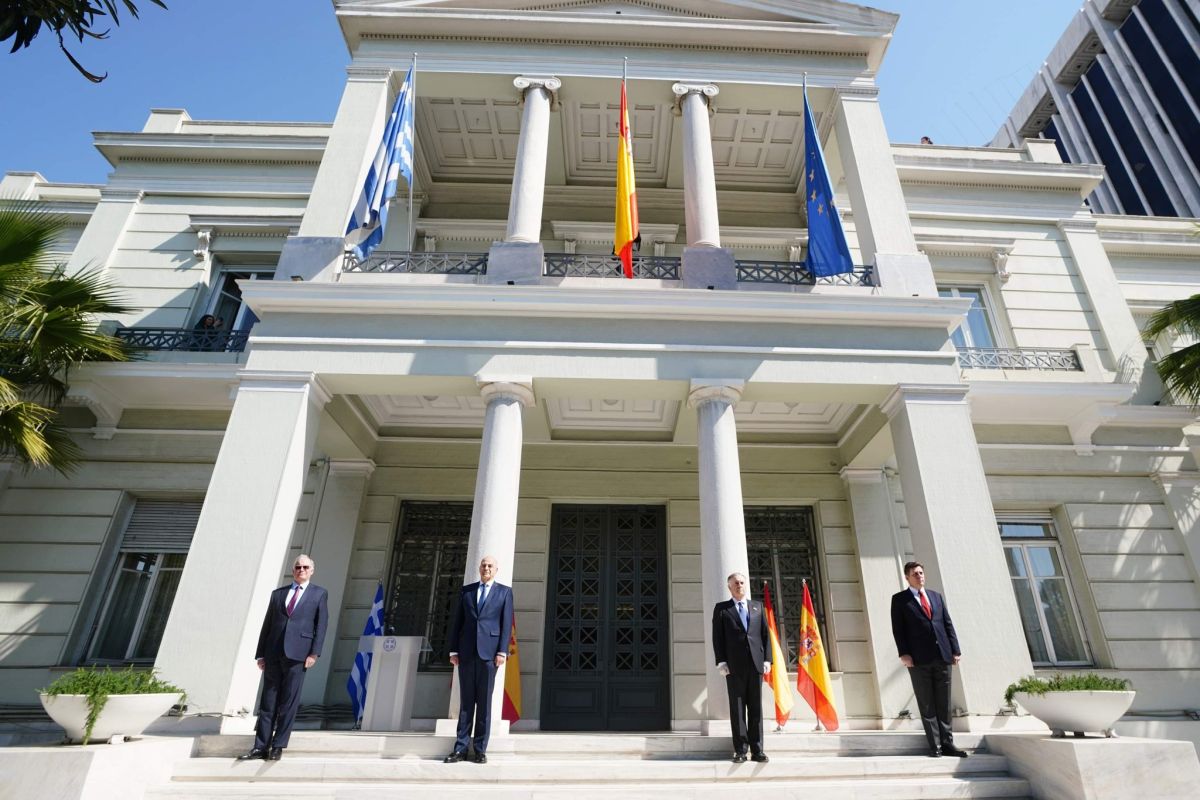 Greece last week raised the flag of Spain on top of the Hellenic Parliament and the Ministry of Foreign Affairs in central Athens, expressing its solidarity to the country, which has been hit hard by the coronavirus pandemic.

Held on Friday at the Foreign Ministry, the flag-raising ceremony was attended by Spanish Ambassador to Greece Enrique Viguera and Foreign Minister Nikos Dendias. 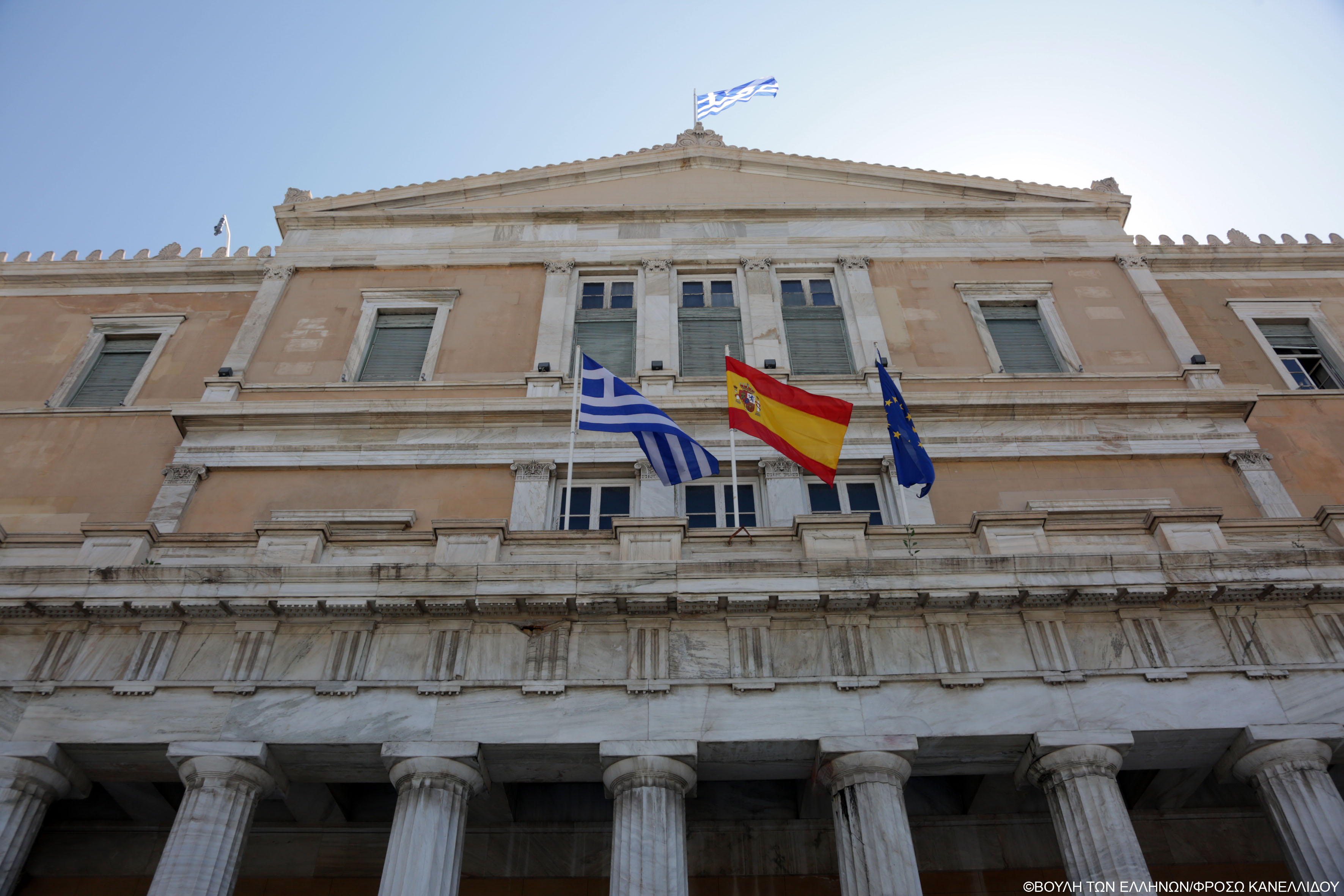 “I would like to express the support of Prime Minister Kyriakos Mitsotakis, the Greek government and the people of Greece to Spain… and our deepest condolences to those who have lost loved ones,” Dendias said. 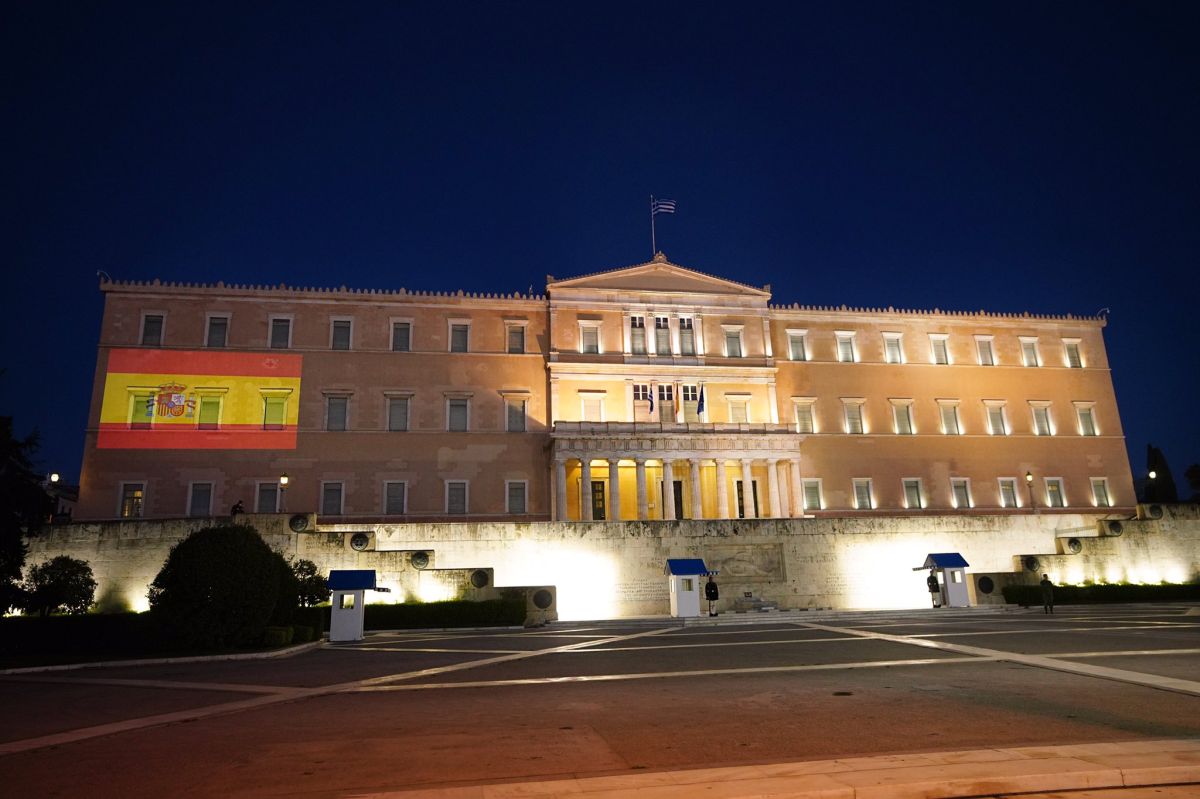 Meanwhile, Ambassador Viguera said the country was entering a new phase as the number of COVID-19 cases and fatalities is currently decreasing.

“Spain does not lose hope. More than 15,000 people have already recovered from the disease… My recognition to Greece is even more sincere, knowing that the Greek people are also enduring a lockdown and other tough measures decided by the government to fight the pandemia,” he added.

The Spanish flag remained on the facade of the Hellenic Parliament’s building for three days.