US Expresses Solidarity with Greece Through New 2021 Logo 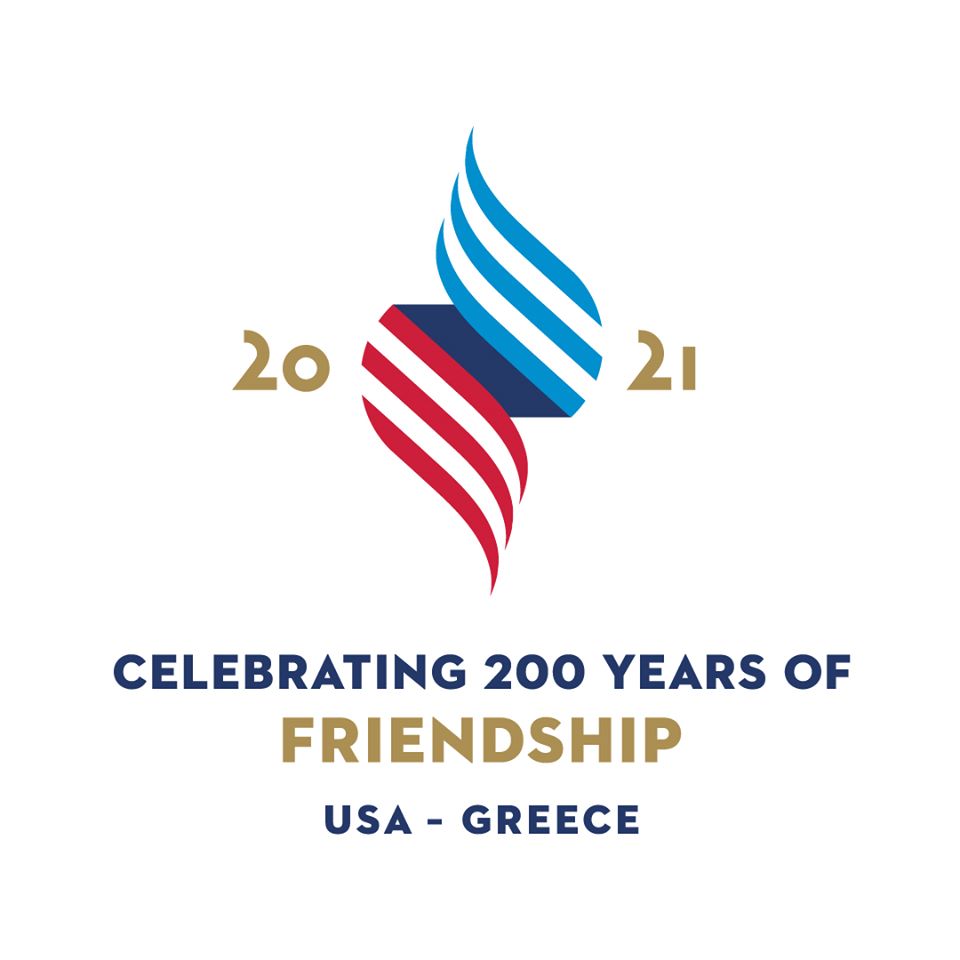 The US Embassy in Athens recently unveiled the #USGreece2021 logo that the United States government will use for all its programming in commemoration of the 200th anniversary of Greece’s independence and the unbreakable bonds of friendship between the two countries.

“I’m very proud of what we’ve accomplished over the past few years in US-Greece relations,” US Ambassador to Greece Geoffrey R. Pyatt said in his interview on Mega TV’s first episode of Αναγέννηση των Ελλήνων (Rebirth of the Greeks).

The new 2021 logo aims to capture traits that bind the two countries together.

“We’re now beginning to chart a really exciting agenda for the future, focused on areas like technology, areas like the collaboration between our defense and security forces in the strategically dynamic region of the Eastern Mediterranean, and focusing on the people-to-people ties, which in so many ways are the glue that holds this relationship together,” the ambassador added. 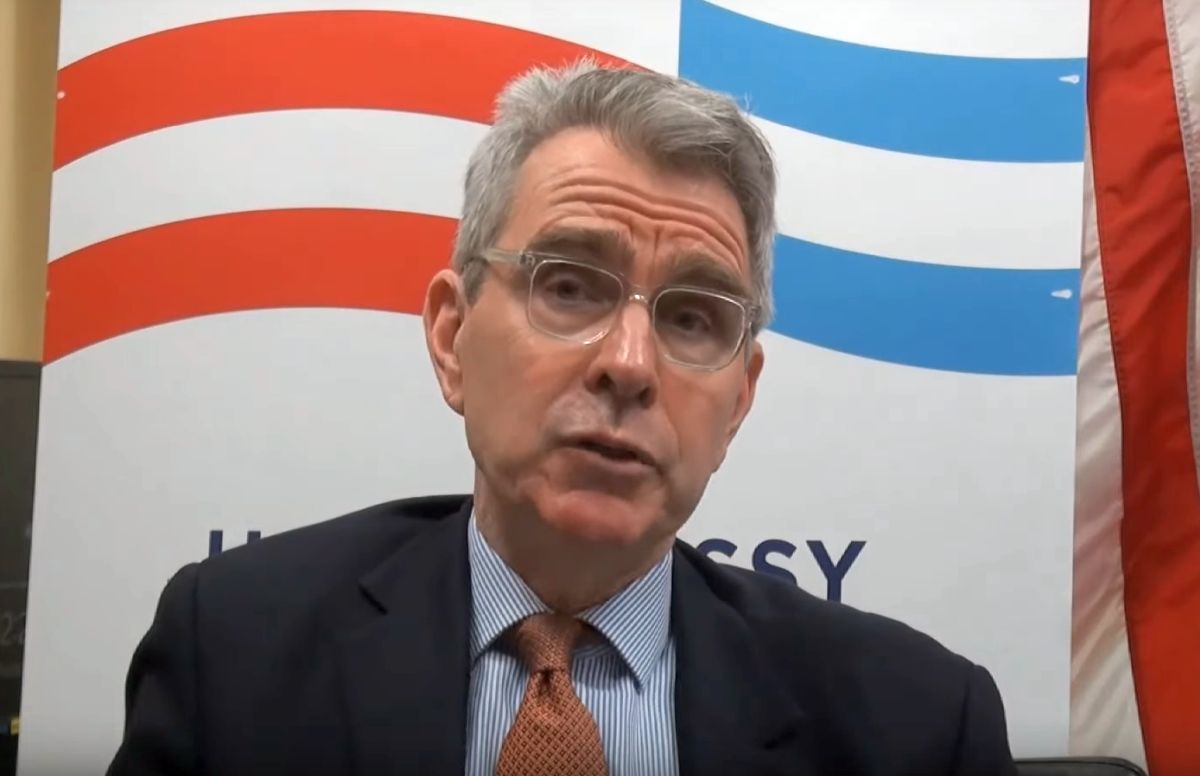 As explained by the Athens-based graphic design firm White, the logo glorifies the timeless flame of democracy, independence, and freedom, formed by common elements of the American and Greek flags.

“The flame celebrates passion, creativity, and continuity, traits that both countries share. The logo is rooted in mutual understanding, union, friendship, and pride. It illustrates the respectful and harmonious relationship between our countries, each playing a role in the other’s struggle for independence.”

Moreover, the embassy said the logo is a reminder that the two countries have been close partners since Greece’s independence, as enshrined in the 22nd stanza of Dionysios Solomos’ Hymn to Liberty, Greece’s national anthem.

“The United States has stood firmly beside Greece through the revolution, the Marshall Plan era, and the economic crisis, and we will continue to stand by Greece now during the Covid-19 pandemic and in the future.” 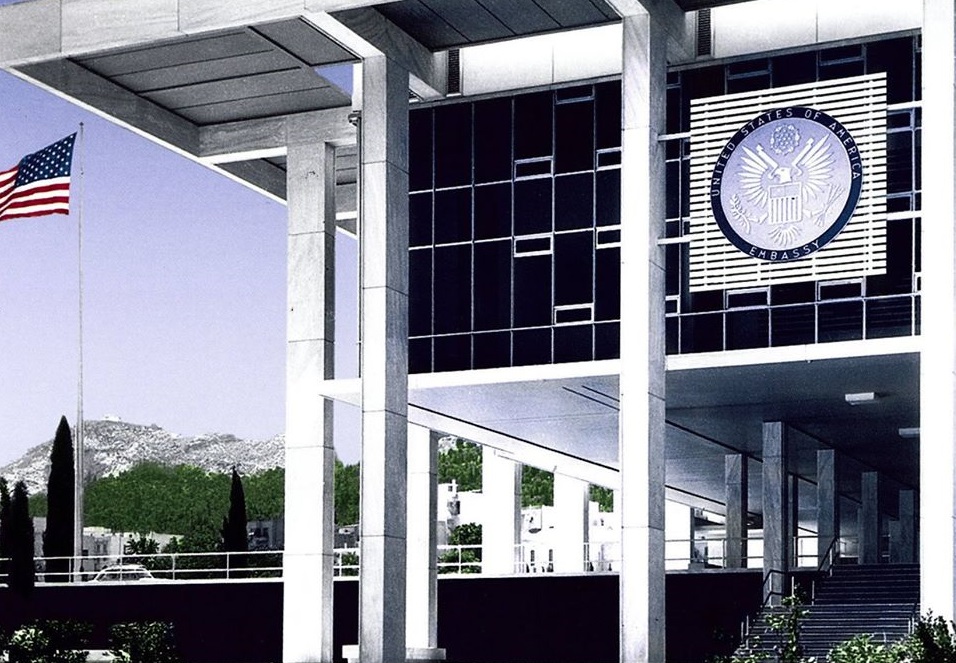 The premises of the US Embassy in Athens. Photo Source: @US Embassy Athens

The US Embassy in Athens and the Consulate General in Thessaloniki are adhering to the Greek government’s social distancing guidelines in response to the coronavirus (Covid-19) pandemic and have curtailed public engagements.

“We will maintain this stance alongside our Greek counterparts in government, business, civil society, education, and many other sectors, and we look forward to a healthy, shared future that will include commemorations of Greece’s bicentennial in 2021.”

As Ambassador Pyatt said in his recent interview: “We are in this together.”