WTTC: 75 Million Jobs in Travel and Tourism are at Risk 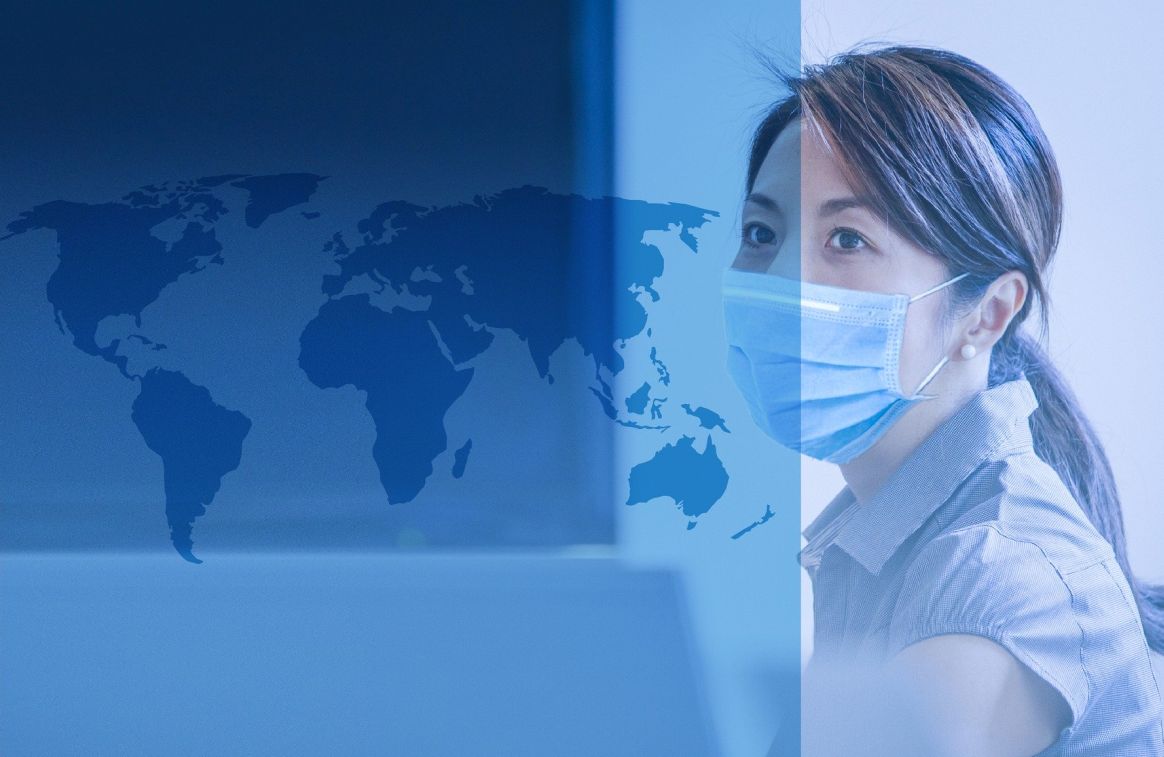 The alarming figure, based on research from WTTC, shows a punishing Travel & Tourism GDP loss to the world economy of up to US$2.1 trillion in 2020. WTTC’s latest projection is a 50 percent increase in jobs at risk, in less than two weeks.

“This chilling new figure also represents the collective delay by many governments around the world to react quickly enough to come to the aid of a sector which is the backbone of the global economy,” WTTC President & CEO Gloria Guevara.

According to Guevara, if urgent action is not taken within the next few days, the Travel & Tourism sector faces an economic meltdown from which it will struggle to recover and plunge millions of people dependent upon it for their livelihoods into debt. 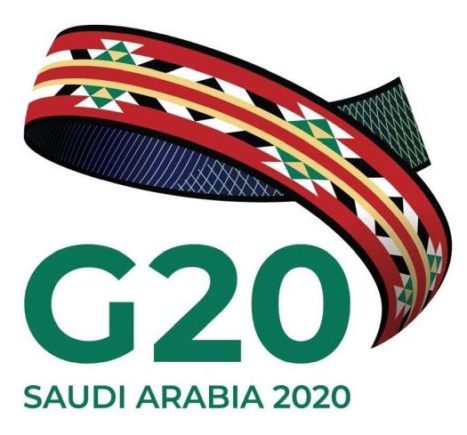 The WTTC is urging world tourism leaders to execute crucial measures to save the Travel & Tourism sector, ahead of a special virtual meeting of the G20 hosted by the Kingdom of Saudi Arabia on Thursday.

WTTC has implored the G20 leaders to assign resources and coordinate efforts to rescue major travel businesses such as airlines, cruises, hotels, GDS and technology companies, as well as the SME’s, such as travel agents, tour operators, restaurants, independent workers and the entire supply chain, in order to save the jobs of the 330 million people who rely on Travel & Tourism for their livelihoods.

The analysis by WTTC, which represents the global Travel & Tourism private sector, also exposes the depth of the crisis for individual regions. 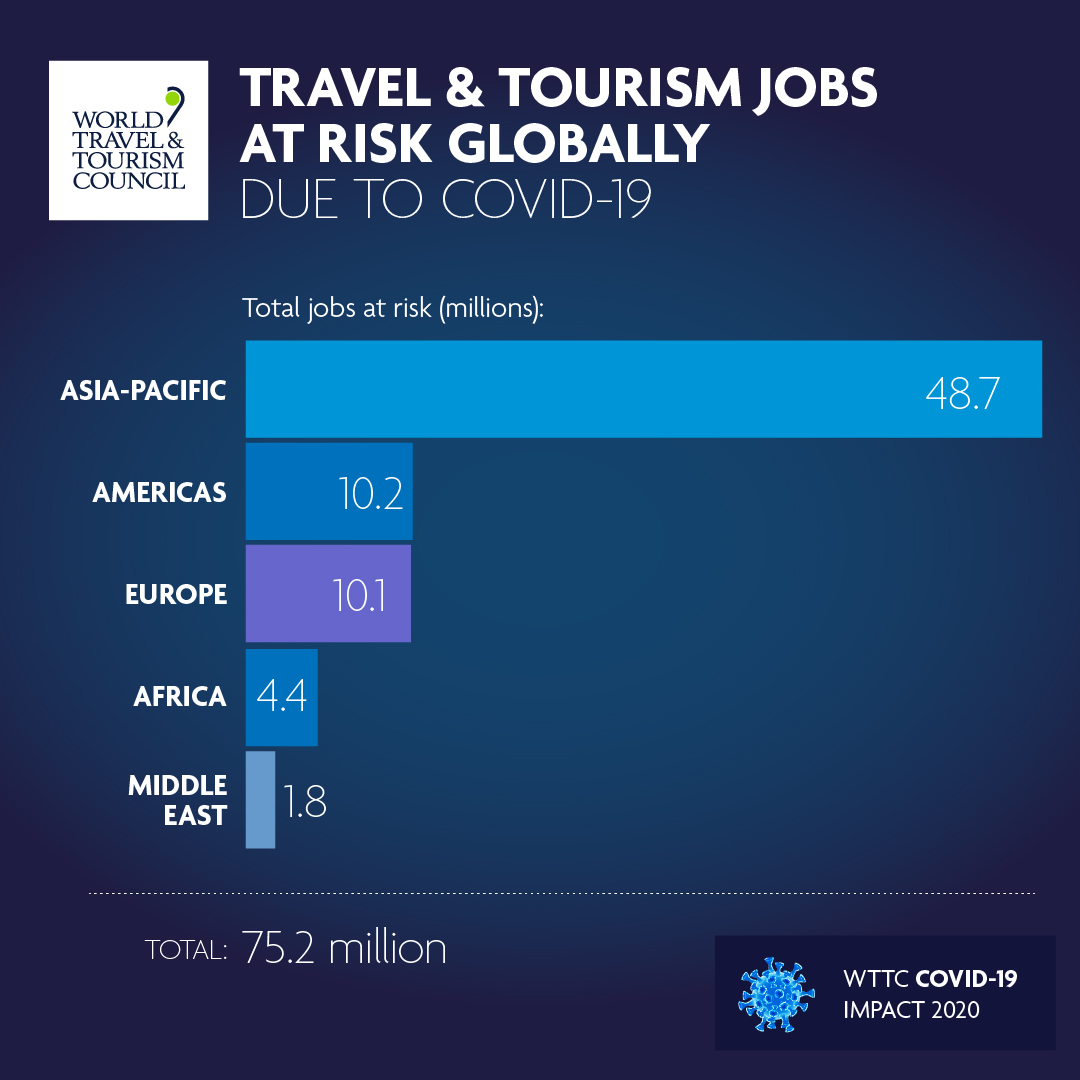 Asia-Pacific
Asia-Pacific is expected to be most heavily impacted with up to 49 million jobs at risk throughout the region, representing a loss of nearly US$800 billion to Travel & Tourism GDP.

Europe
The latest figures also suggest that in Europe, up to 10 million jobs in Travel & Tourism are at risk, totaling a loss of nearly US$552 billion. Germany is set to be the most affected country in Europe, with almost 1.6 million jobs at risk, followed by Russia with an estimated 1.1 million in potential job losses. Italy and the UK follow as the third most impacted, with both countries projected to lose up to one million jobs in the Travel & Tourism sector.

The Americas
The Americas are also expected to be hit hard by this crisis, with the United States, Canada and Mexico expected to lose up to US$570 billion combined, with nearly seven million jobs in Travel & Tourism at risk.

Other countries expected to be hit hard by this crisis include Brazil, Japan, Indonesia and India.

Middle East
The region which has experienced the least damaging impact from the COVID-19 outbreak is the Middle East. However, it still faces job losses of 1.8 million and a GDP loss of up to US$65 billion to the regional economy. 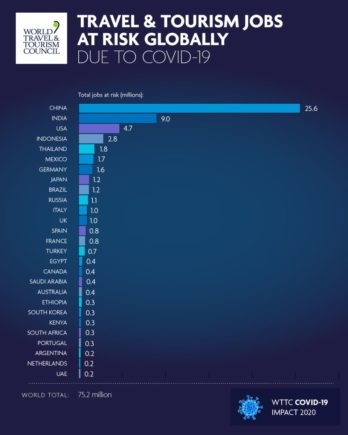 WTTC’s president said that if urgent action is not taken not only will major businesses in the Travel & Tourism sector around the world experience an enormous negative impact, but the ‘domino effect’ will also result in massive job losses across the entire supply chain, hitting employees and those in self-employment.

“We call on all those in positions of power to help the powerless and enact policies to support and sustain a sector which is a driving force of the global economy and responsible for generating one in five of all new jobs,” Guevara said.

Travel & Tourism contributes to 10.4 percent of Global GDP, is directly responsible for generating one in 10 of the world’s jobs, and for eight successive years, has outpaced the growth of the global economy.

WHO Urges World Leaders to Take Stronger Actions Against Covid-19