The Olympic Flame Goes from Athens to Tokyo 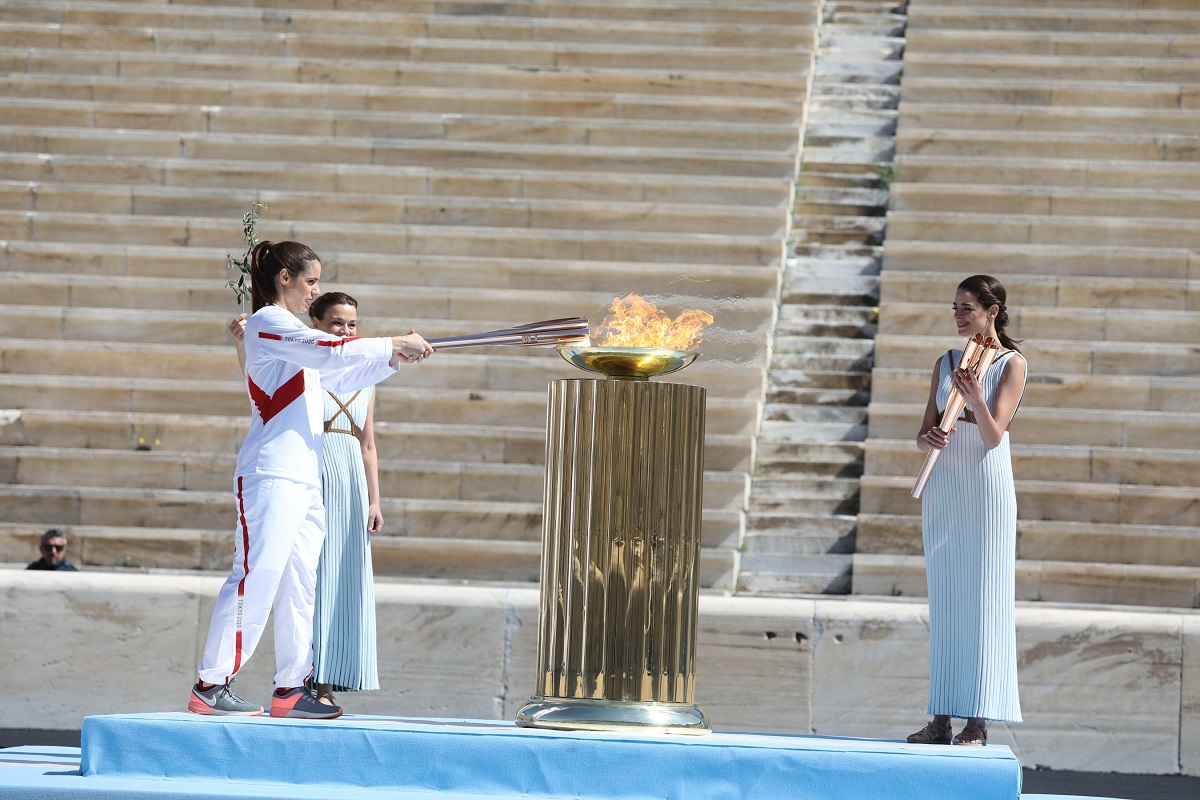 The Olympic Flame on Thursday began its long journey from Greece to Japan for the 2020 Tokyo Olympic Games, following the Handover Ceremony that took place at the Kallimarmaron Panathinaic Stadium in Athens.

The ceremony was held without spectators due to the measures currently implemented by the Greek government against the spread of Covid-19.

The President of the Hellenic Olympic Committee (HOC) and member of the International Olympic Committee for Greece, Spyros Capralos, handed over the Olympic Flame to the representative of the Tokyo 2020 Organizing Committee and former freestyle swimmer Naoko Imoto. 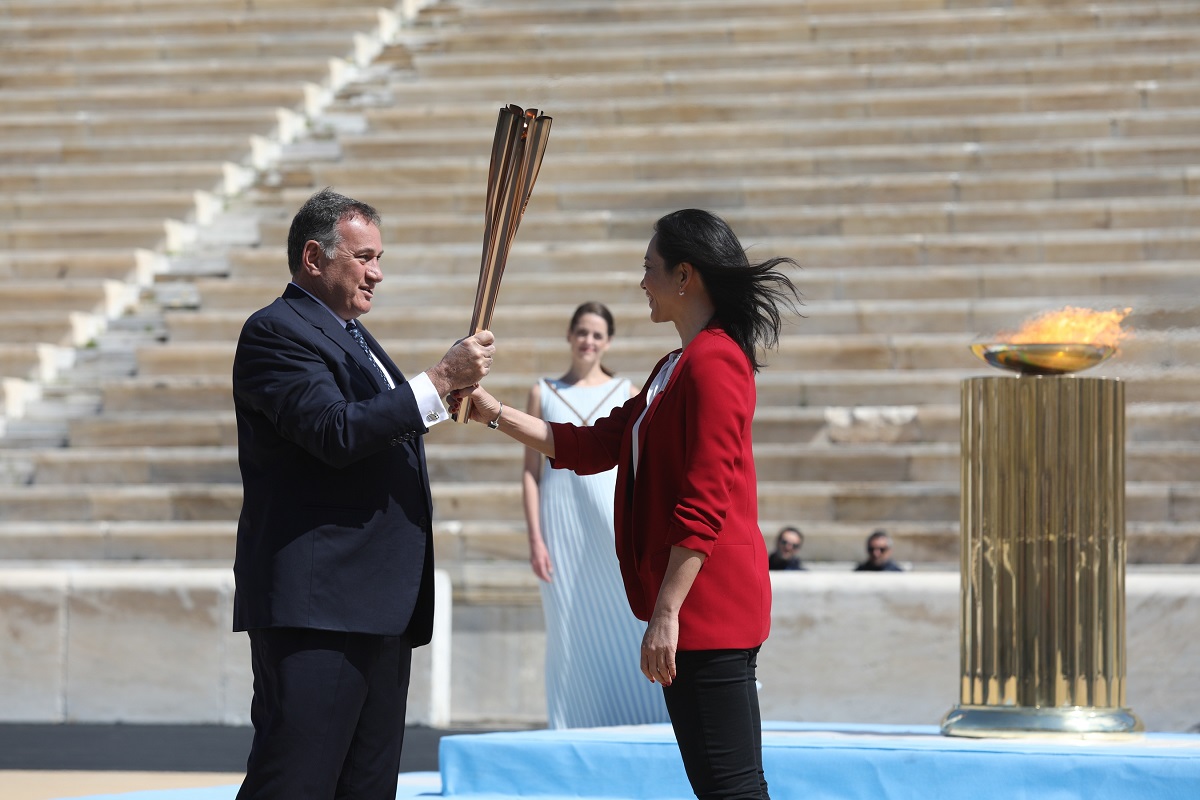 “The Hellenic Olympic Committee is handing over the Olympic Flame to Japan with a spirit of true friendship and solidarity. The light of Olympism reminds us of the strong bonds that keep us united,” Capralos said during the event.

“I believe that the Flame will offer joy and hope to the people of the whole world that are currently challenged,” he added.

The Handover Ceremony followed the Olympic Torch Relay that started from Ancient Olympia on March 12. Greek Olympic champions Lefteris Petrounias and Katerina Stefanidi were the last torchbearers that carried the Flame to the Panathinaic Stadium. Then, High Priestess Xanthi Georgiou handed over the Flame to the HOC President. 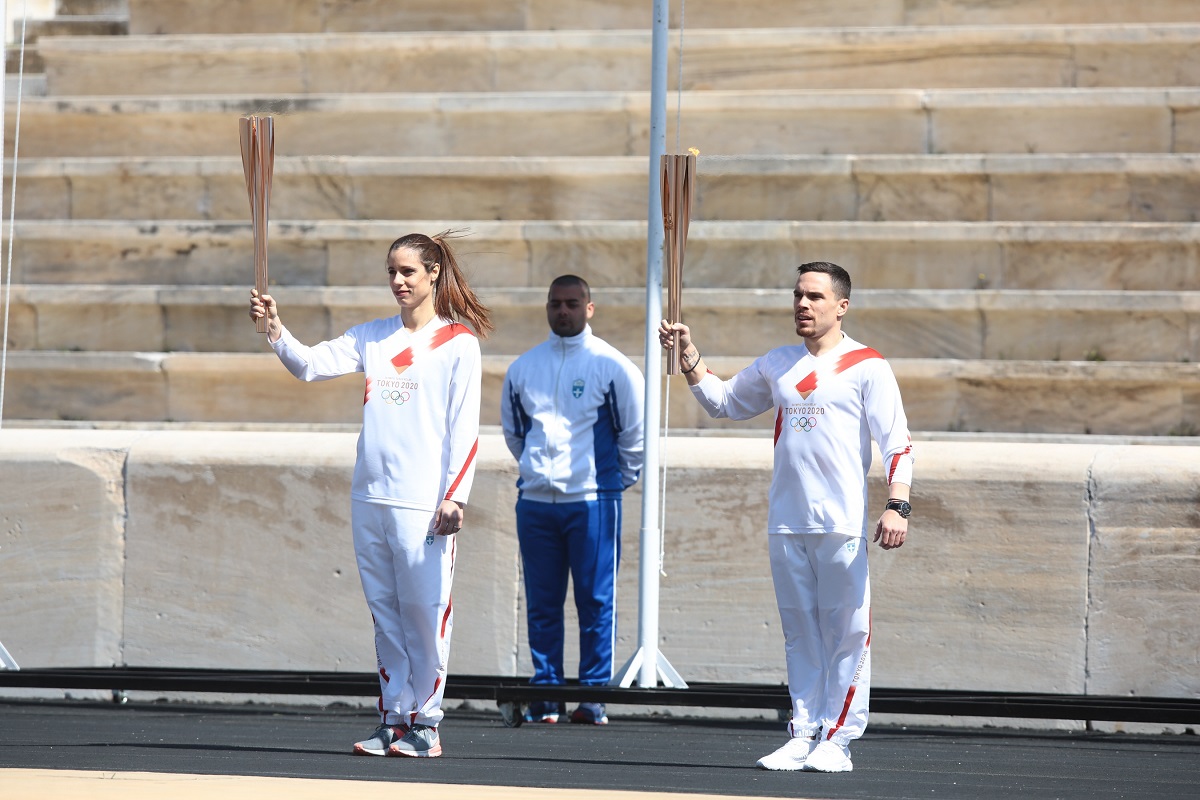 “The message of the Tokyo 2020 Olympic Torch Relay is that ‘Hope lights our way’. I hope that this light will shine in the hearts of people all over Japan… On July 24, the Flame will be lit at the new Olympic Stadium in Tokyo,” Yoshiro Mori, Chairman of the Tokyo 2020 Organizing Committee, said in a video message.

The Olympic flame is slated to arrive in Tokyo on Friday, transported by a charter flight from Athens, for the 2020 Olympic Games that are scheduled to take place during July 24 – August 9.