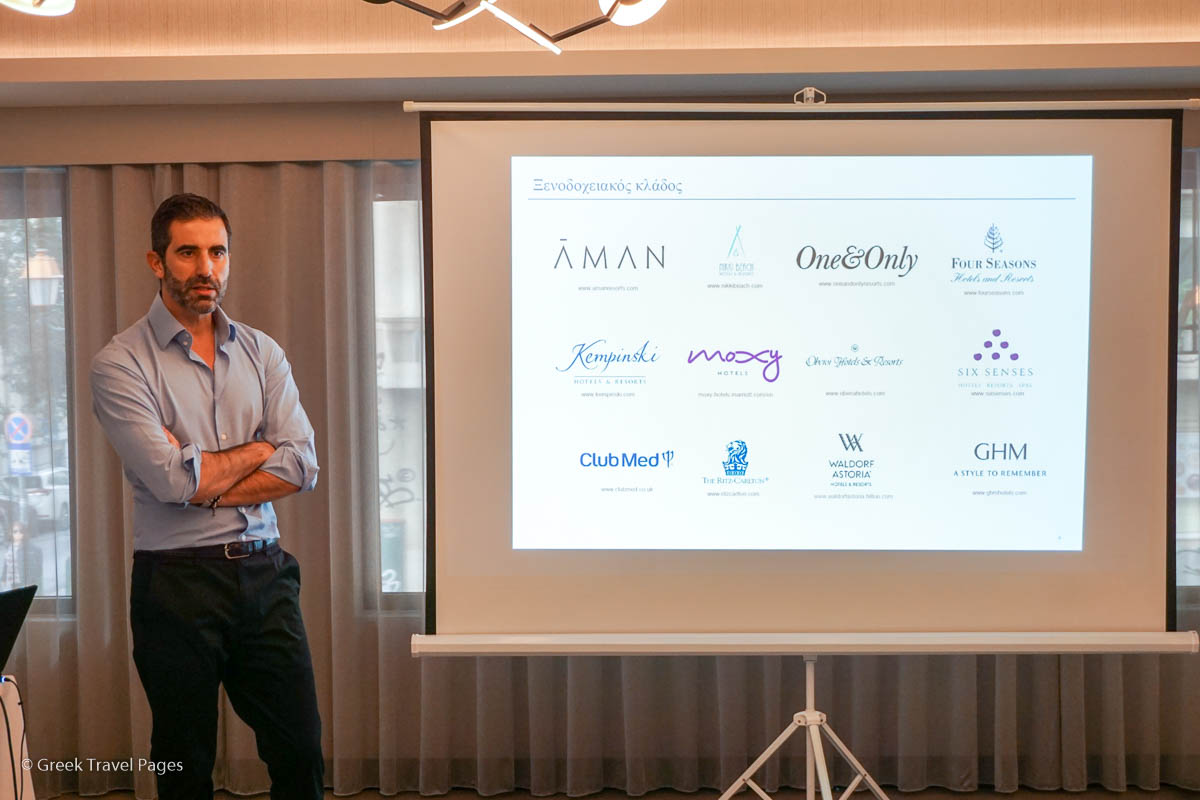 “Οur goal is to always work with the most top hospitality brands in the world,” said Dolphin Capital Partners co-founder and managing partner, Miltos Kambourides.

Dolphin Capital Partners (Dolphin), real estate investors and developers that specialize in hospitality, on Wednesday revealed plans to offer a luxury experience at sea with the launch of the first floating hotel in Greece.

“This is very strategic move for Dolphin, in addition to our investments in real estate, as we believe that a sector in Greece that has yet to be developed is the sector of sea tourism,” Miltos Kambourides, the co-founder and managing partner of Dolphin, said during a media briefing in Athens. 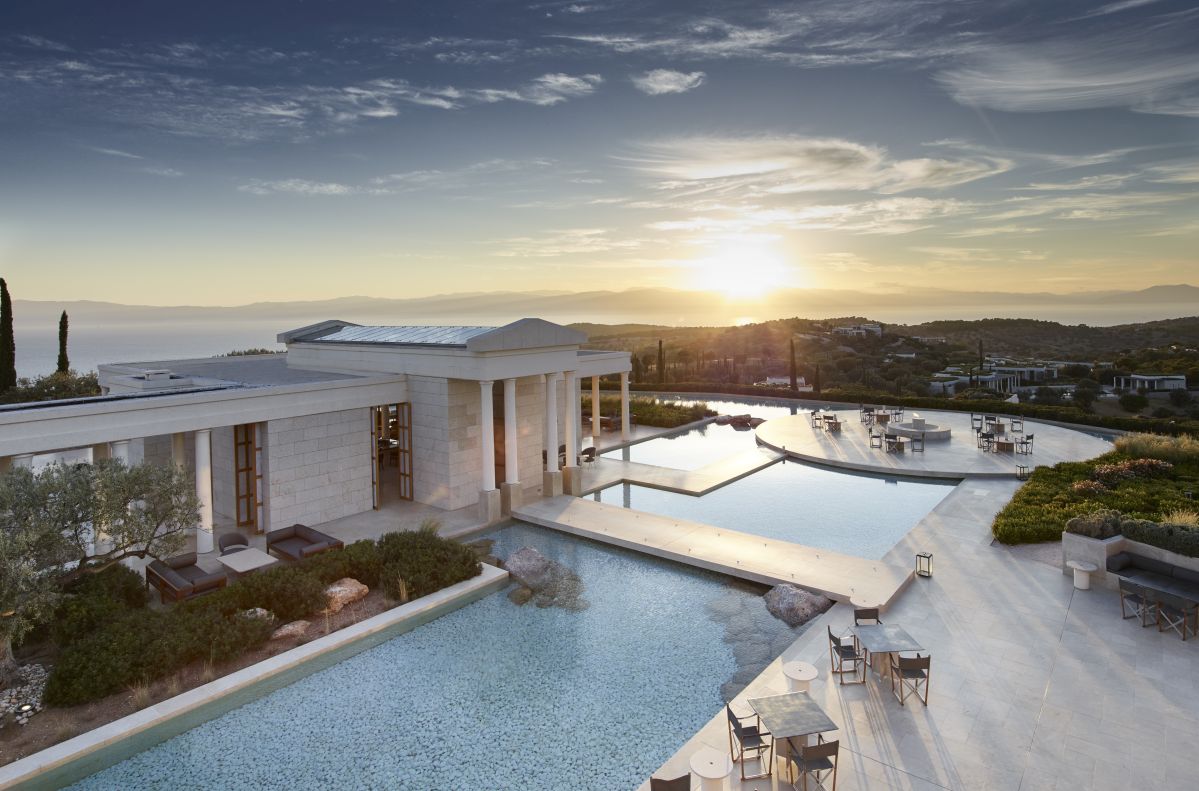 Without disclosing too many details, Kambourides said that Dolphin has already purchased a 180-meter mega yacht and is reconstructing it to serve as a floating hotel, which – once in operation – will dock at select Greek ports and offer a full luxury hospitality/cruise experience at sea.

The target audience of the floating hotel – expected to launch for the 2021 season – will be upscale tourists.

“It will be the most luxurious floating hotel in the world under the brand of a leading international chain,” he highlighted, adding that the investment will reach somewhere between 50m and 100m euros.

According to Kambourides, in the long run, Dolphin plans to operate seven floating hotels all over the world.

Founded in 2004, Dolphin is primarily active in tourism and experiential entertainment, both through private equity management and direct investment by the group. 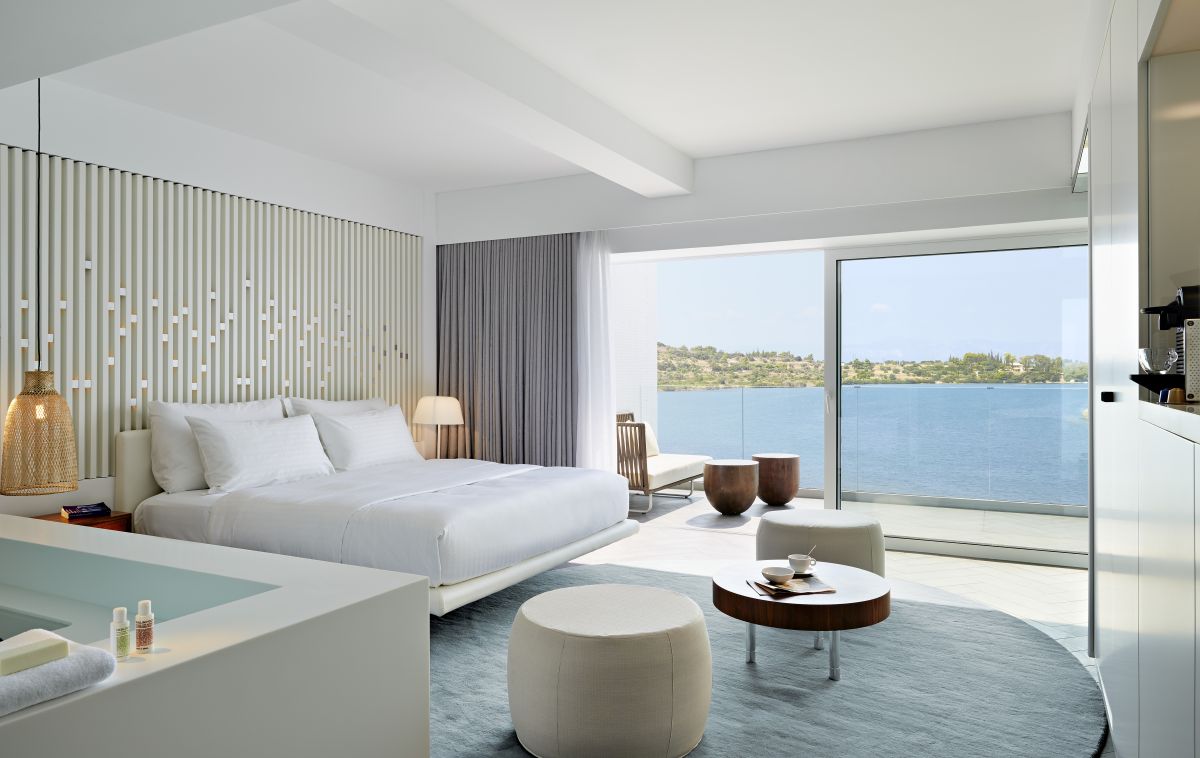 While presenting Dolphin’s projects in Greece, which include the Amanzoe resort (since 2012) of the Aman chain and the first Nikki Beach hotel in Europe (since 2014), Kambourides gave the latest updates involving the company’s new projects: the Kilada Hills Golf Resort in Porto Heli and the One & Only resort on the island of Kea.

“In regards to our involvement in the hotel segment, our goal is to always work with the most top hospitality brands in the world,” Kambourides underlined. 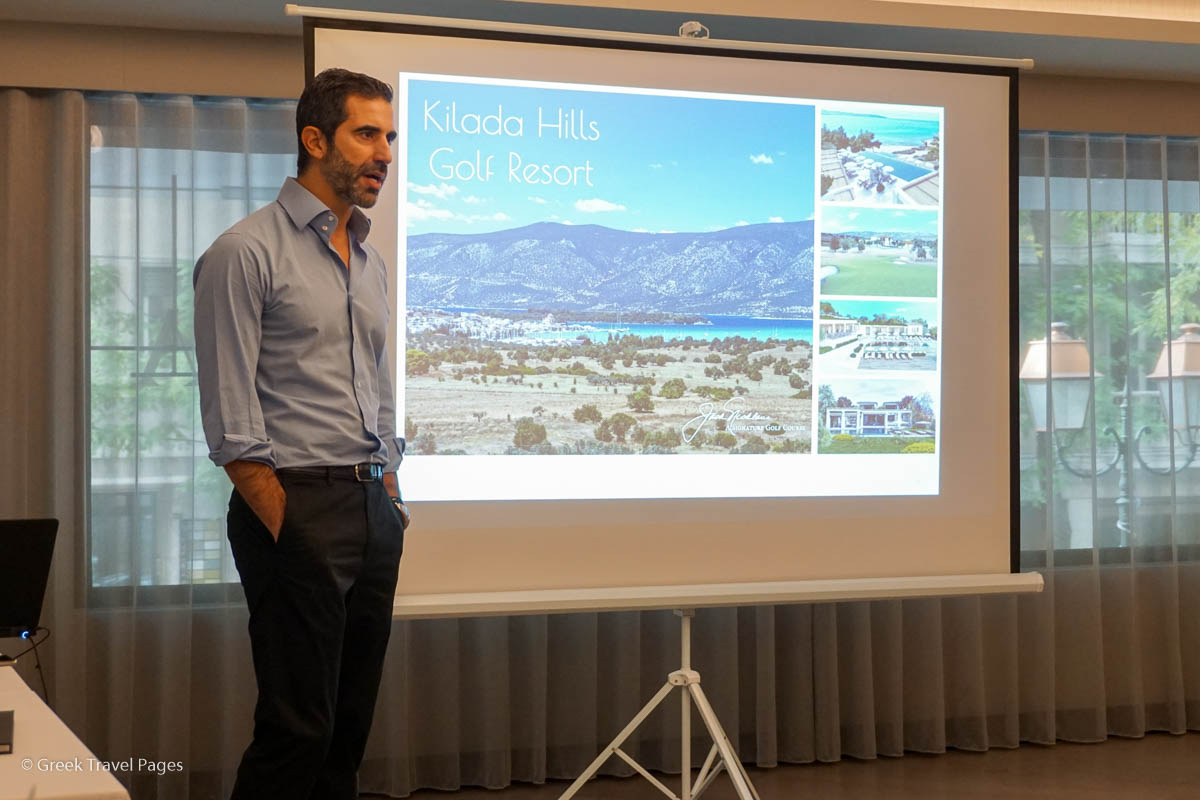 Once completed, the resort will cover a total area of 235 hectares, including 0.1 km of coastline, and comprise a 5-star hotel, an 18-hole Jack Nicklaus Signature Golf Course, a golf clubhouse, a beach club, luxurious holiday residences and an athletics center. 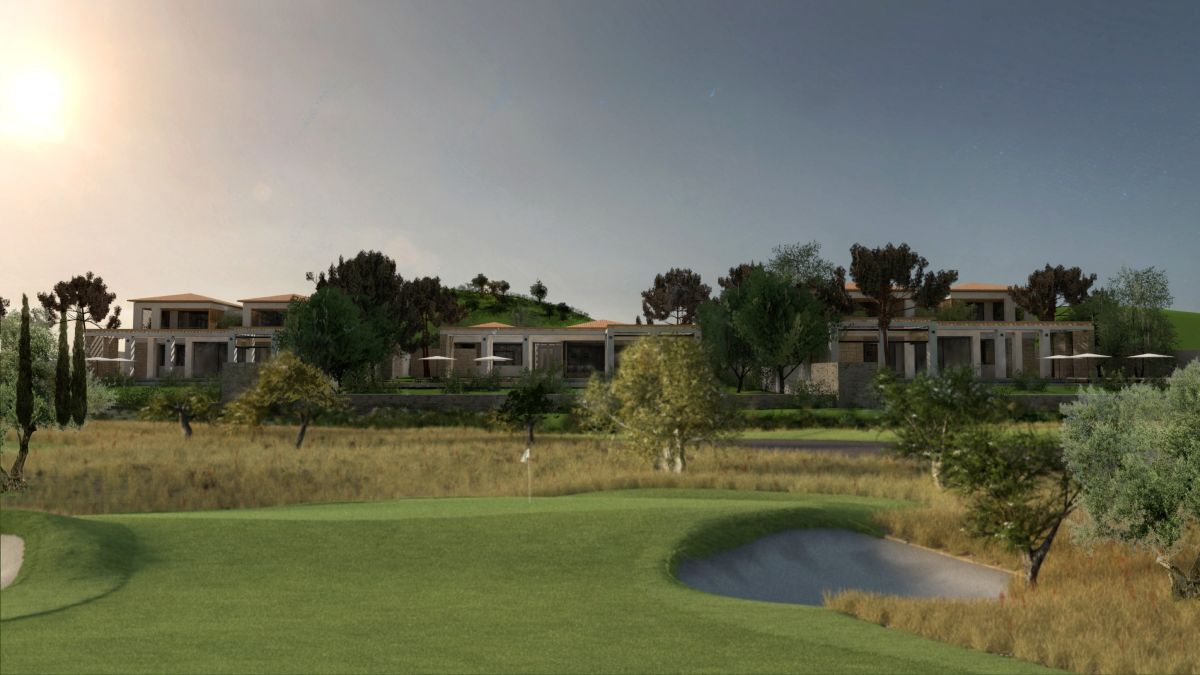 According to Kambourides, the project will be financed with equity, with profit from the sale of the holiday residences properties and third party funds.

“The goal is for it to become one of the top golf tourism destinations in the Mediterranean,” he said.

One & Only Kea Island 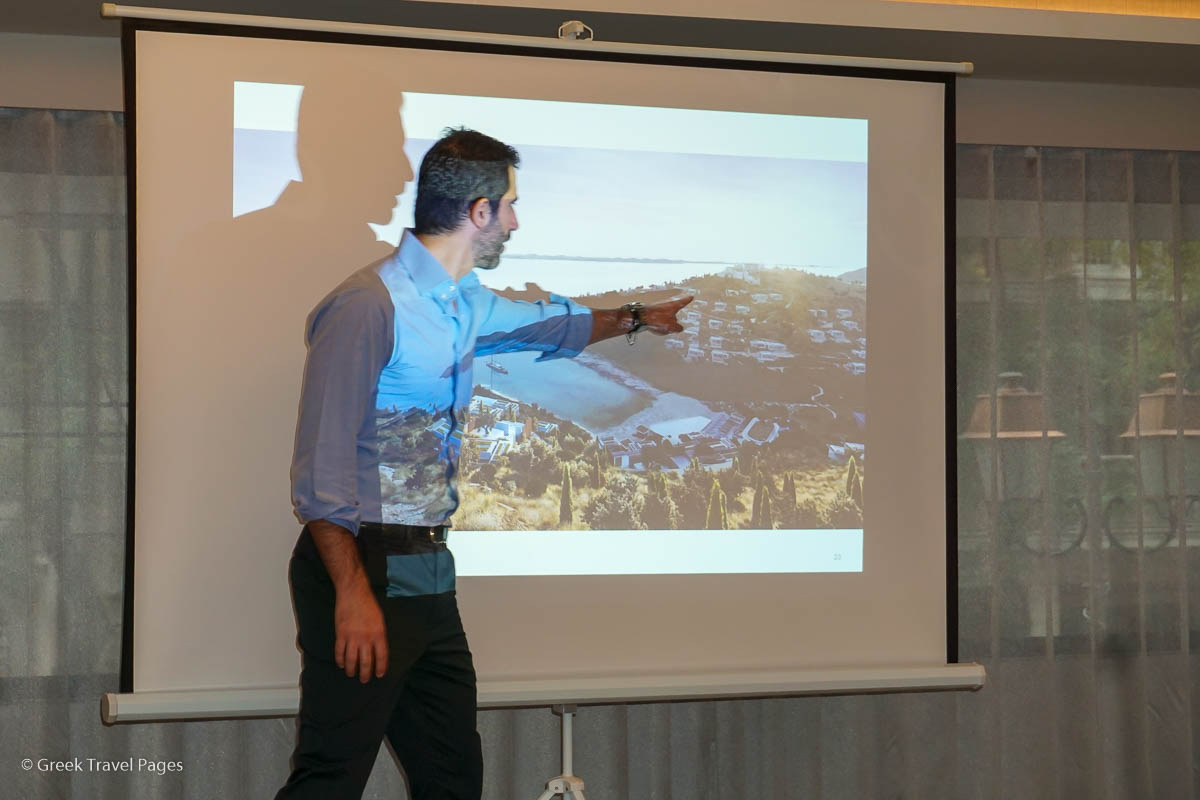 Currently underway is Dolphin’s other tourism project, One & Only on the island of Kea, which is the first complex tourist accommodation in Greece.

The first One & Only resort in Greece will be located in Vroskopos on a privately-owned property of some 60 hectares, including 1km of coastline.

The west side of the resort will consist of the main hotel, SPA, diving center, marina, tennis courts and 75 luxurious hotel pavilions, while a limited number of luxurious villas will be built on the east side.

Impression of One & Only Kea Island resort.

The investment is expected to exceed 150 million euros and create 250 jobs during construction period and 250 new jobs when in operation.

Kerzner International Holdings Limited (Kerzner), a subsidiary of Investment Corporation of Dubai (ICD) and parent company of One & Only Resorts, holds a 40 percent stake in the investment.

REDEX has undertaken the construction of the One & Only Kea Island project, which is expected to open its doors in 2021. 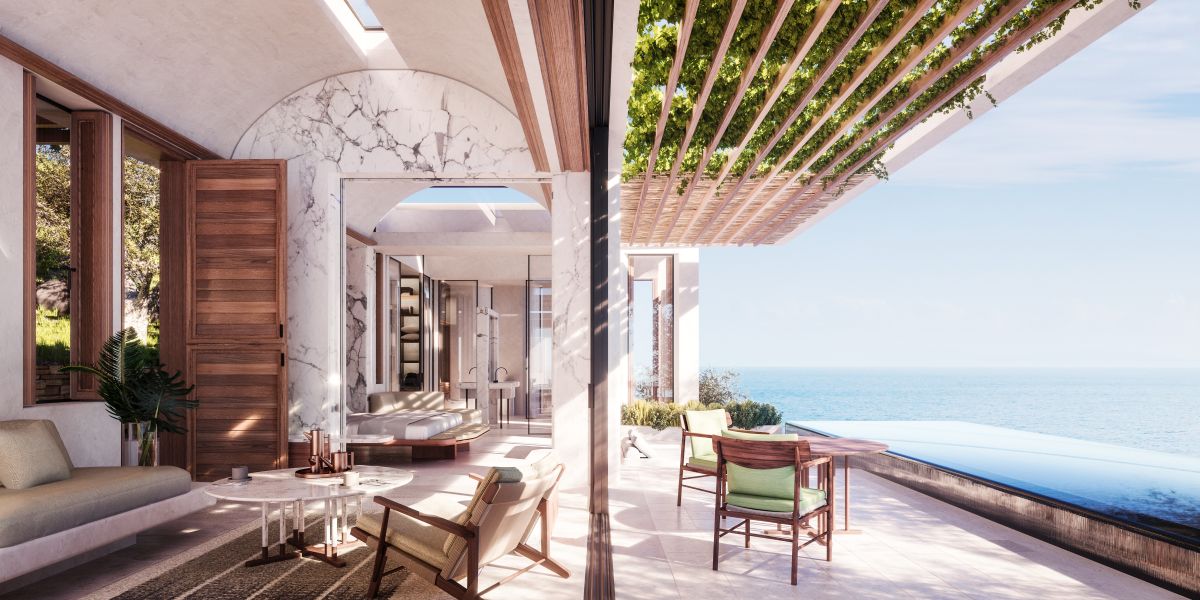 Impression of indoor/outdoor living of the One & Only Kea Island resort.

Since 2005, Dolphin has raised and managed in excess of 1.2 billion euros in equity and executed a number of projects in the Eastern Mediterranean and the Americas, including the Amanzoe in Greece, Europe’s first Nikki Beach hotel in Greece, Amanera at Playa Grande in the Dominican Republic and the Ritz Carlton Reserve at Pearl Island Panama.

To date Dolphin has invested 450 million euros in Greece. 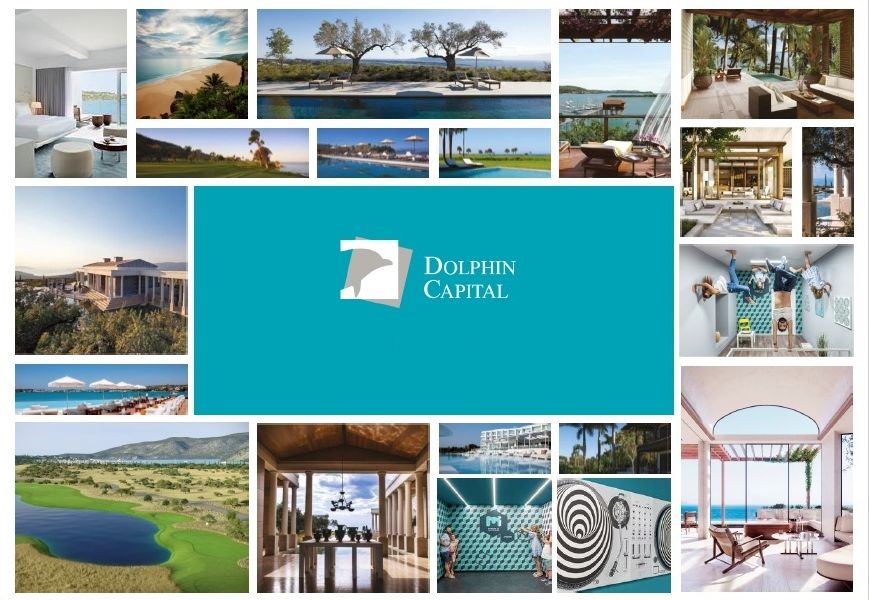 Dolphin’s current investments include the Apollo Heights Resort in Cyprus and the residential project “Lavanta” in Turkey. The company has also embarked on a joint venture with Baywood Hotels to create the Wynwood Moxy Hotel in Miami.

In addition, Dolphin has a 47.9 percent stake in the company Aristo Developers, one of the largest property developing companies in Cyprus.

Dolphin’s leading investment vehicle to date is Dolphin Capital Investors (DCI), which is listed on the London Stock Exchange. 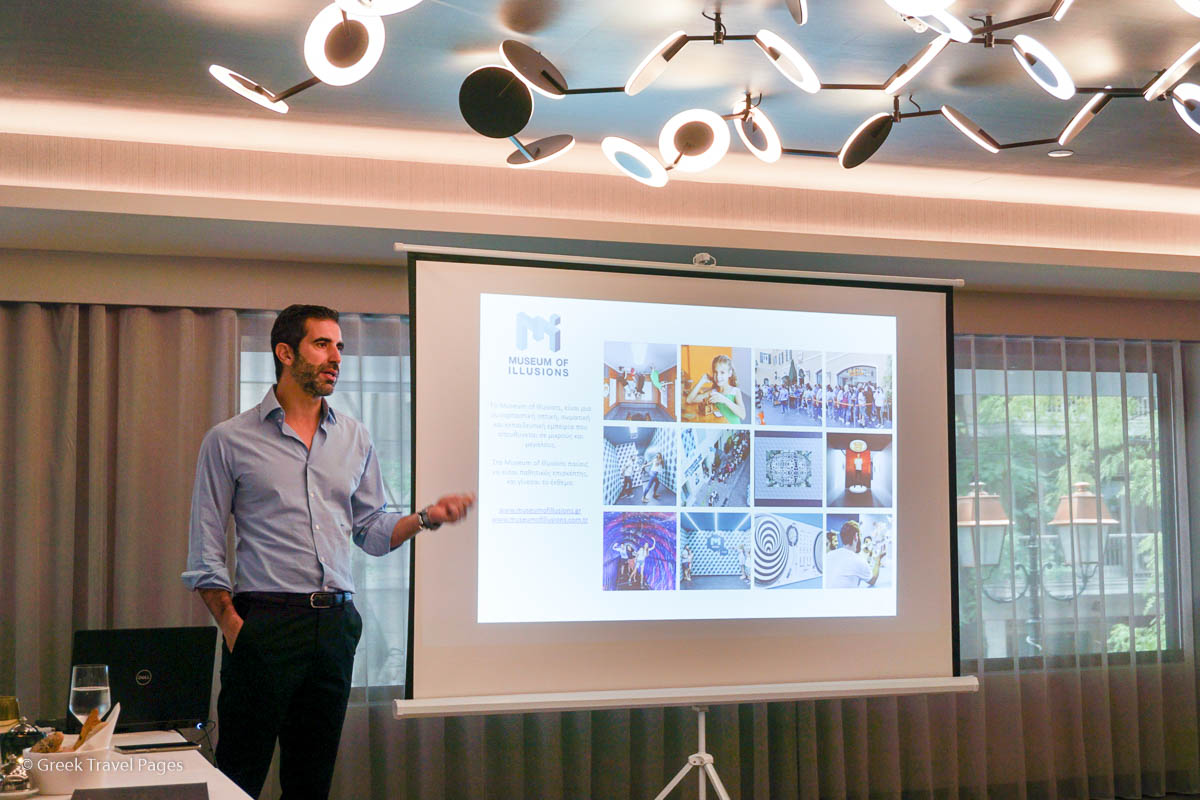 Dolphin also runs a Museum of Illusions in Istanbul and is currently constructing another five such venues in Madrid, Thessaloniki, New Delhi, Porto and Orlando; and planning another 13 to open in 2020.

According to Kambourides, Dolphin’s goal in the next five years is to create more than 50 Museums of Illusions in various locations around the world, either individually or in collaboration with other investors.