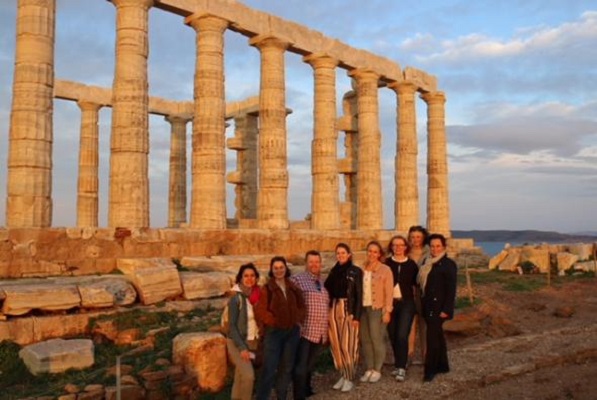 Swiss travel agents at the Temple of Poseidon in Sounion.

The fam trips were held with the support of Greek carrier AEGEAN, between November 26-29 for the Swiss travel agents, and during November 30-December 3, for the Austrians. 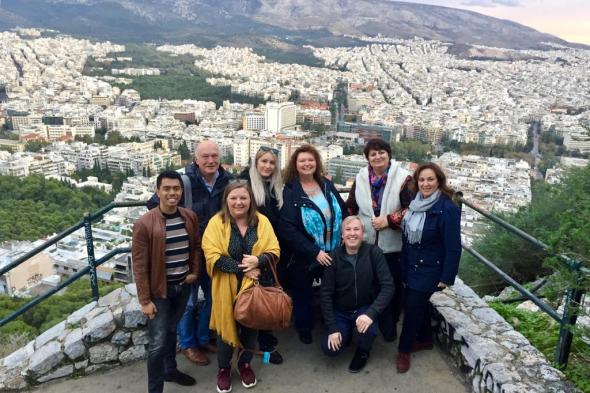 Austrian travel agents on the hill of Lycabettus in Athens.

“The Swiss and Austrian travel agents were particularly impressed by their visit to the modern facilities of the Flisvos marina and the Athenian Riviera with its many bays and beaches, a competitive advantage, they said, not found in any other European capital, which makes Athens an ideal city break destination for all seasons,” GNTO said.

The organization has announced that during the winter months it will continue to promote Greece to foreign tourism markets through familiarization (fam) and press trips.