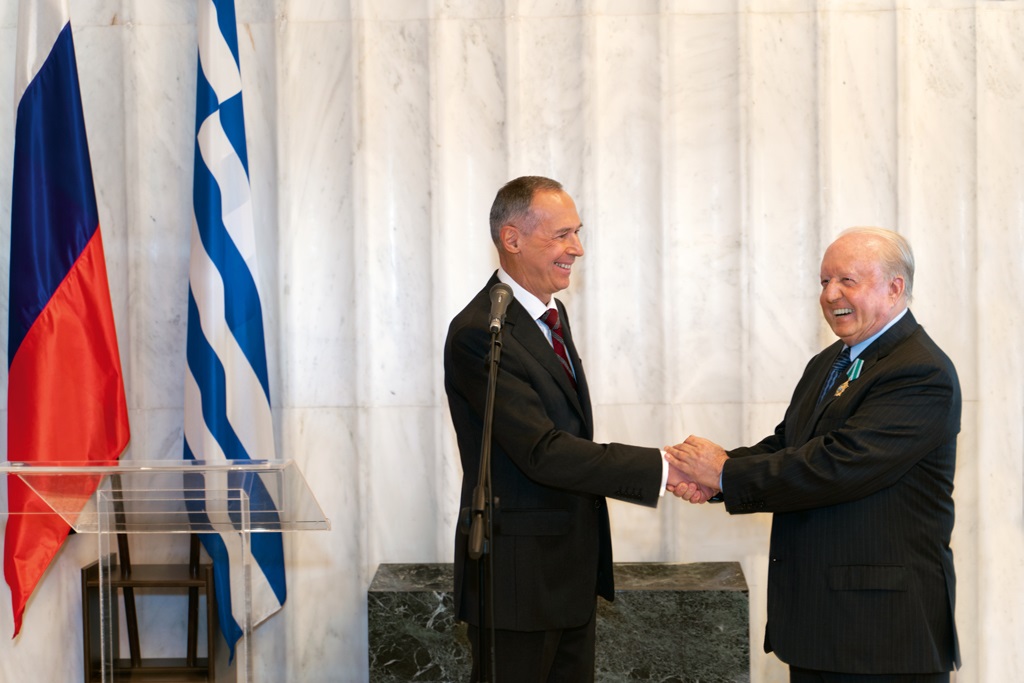 Russian Ambassador to Athens Andrei Maslov recently held a reception at the Russian Embassy to honor the founder and president of the Grecotel Group, Nikos Daskalantonakis, for his contribution to Greece’s and Russia’s strong cooperation and friendship.

The event followed the official ceremony of Daskalantonakis’ decoration with the “Order of Friendship” by Russia’s President Vladimir Putin in November.

“This distinction is undoubtedly the highest recognition of your significant work in strengthening the friendship and cooperation between Russia and Greece,” Andrei Maslov said to Daskalantonakis during the Athens event. 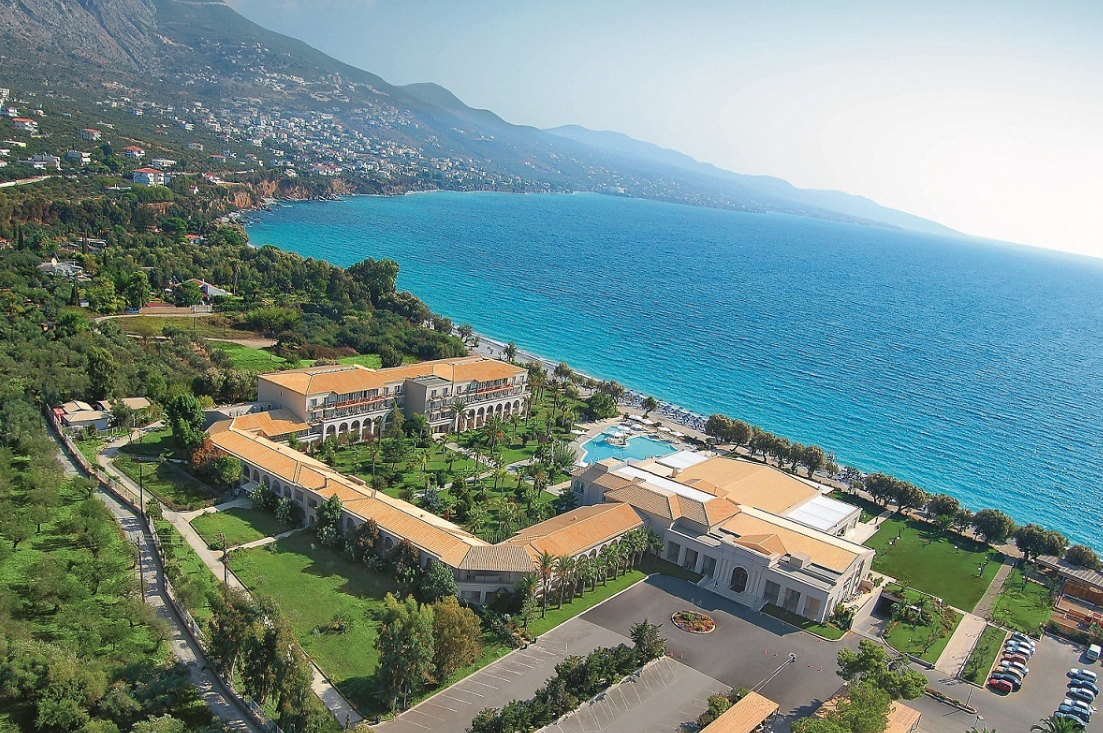 Daskalantonakis was honored for his long contribution, as honorary Consul of Russia on Crete and the Dodecanese islands and tourism entrepreneur, to the promotion of the bilateral relations between Greece and Russia.

“We appreciate the support he [Daskalantonakis] selflessly offers during bilateral events; his efforts to promote the Russian language and culture to Greece, as well as his significant contribution to maintaining the rich Russian history on Crete,” Maslov added. 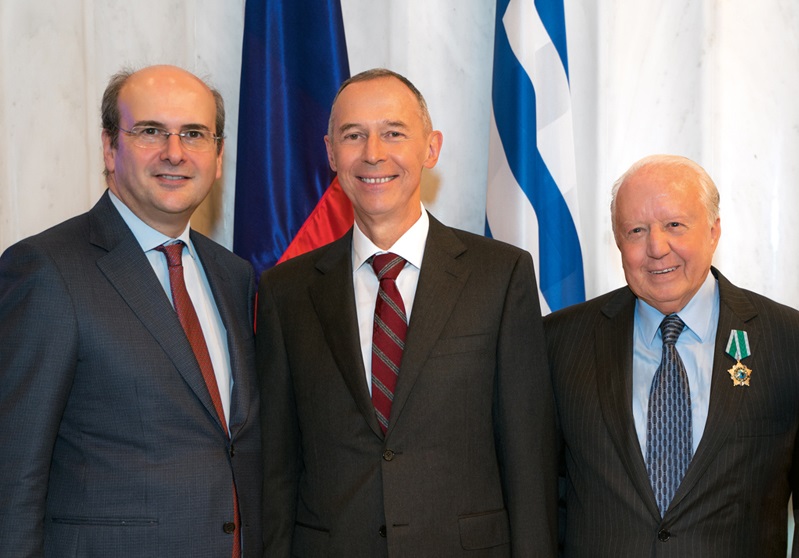 Also present at the event were state officials, entrepreneurs, representatives from the fields of politics, culture and media, as well as many personal friends of Nikos Daskalantonakis.

Established in 1975, the N Daskalantonakis – Grecotel group operates 32 four- and five-star units and resorts across Greece with a capacity of 6,300 rooms hosting 2,000,000 overnight stays a year.