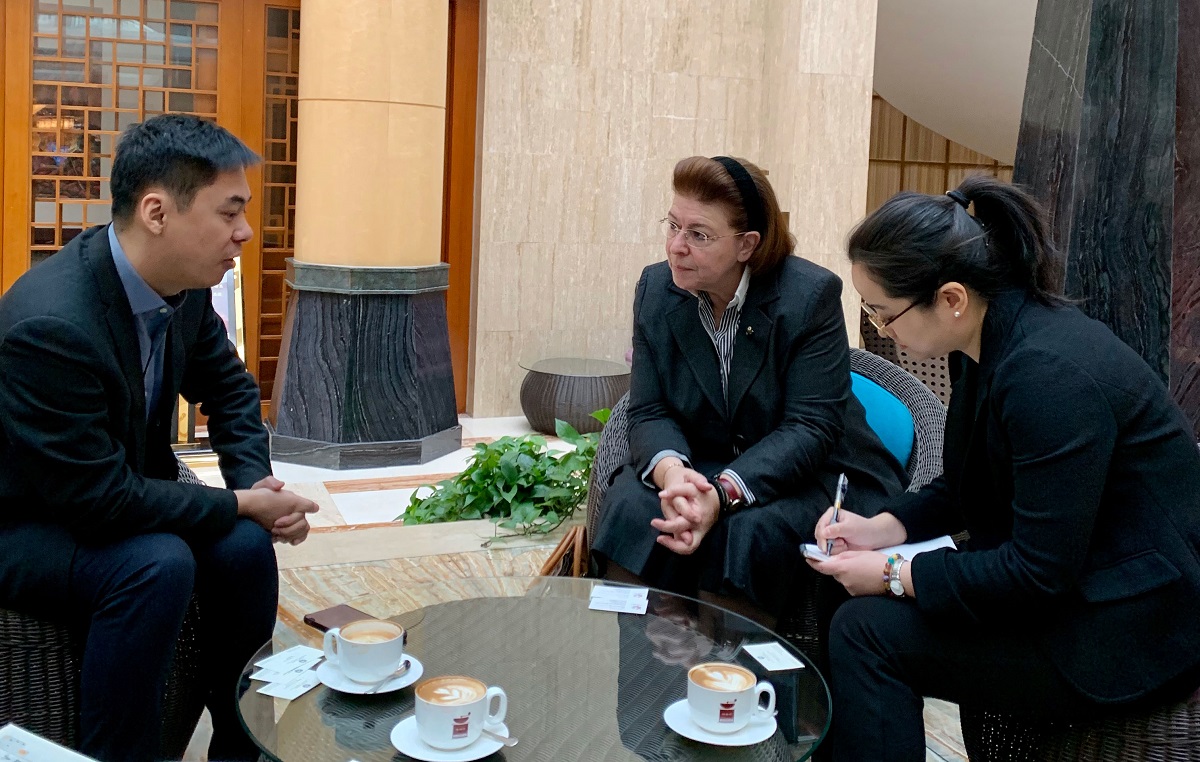 Paving the way for even stronger cooperation in the areas of film production and publications topped the agenda of Greek Culture Minister Lina Mendoni who was in China last week to attend the “Ancient Civilizations Forum” which took place in Beijing.

More specifically, Mendoni is seeking to strengthen bilateral co-operation between Greece and China in film productions with a focus on the Beijing Festival, as well as the dissemination of Greek culture with the translation and release of Greek books in Chinese.

In this direction, Mendoni met with the deputy executive director of the Beijing International Film Festival (BIFF) Cui Yan to discuss the prospects of such synergies.

It should be noted almost 90 percent of China’s film companies are based in Beijing. 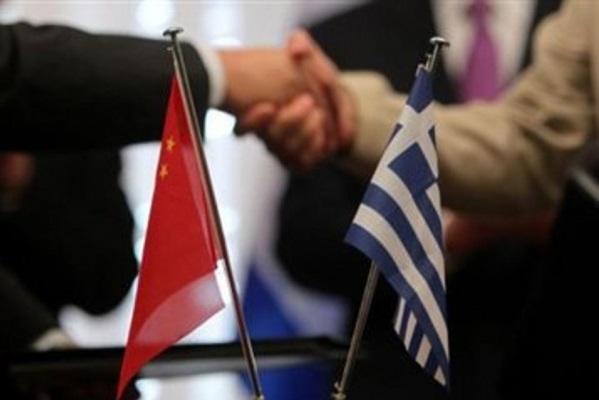 In the meantime, Mendoni said she would encourage more Greek producers to participate in the BIFF 2020 and invited BIFF organizers to work towards the inclusion of a Greek Cinema Week at BIFF.

She also proposed organizing hospitality programs for screen writers and producers in Greece so that they have the chance to learn more about the procedures and locations for filming opportunities. 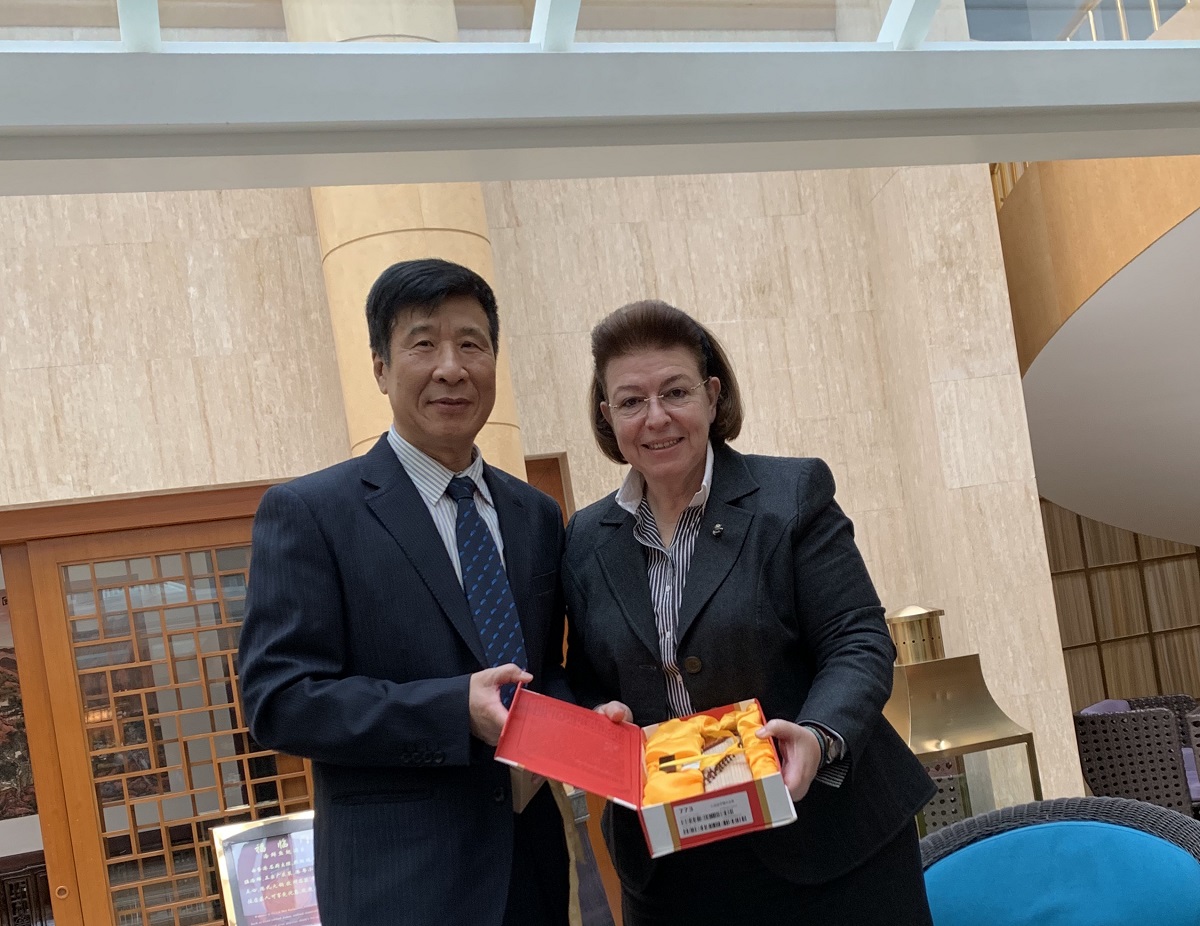 During her visit to Beijing, the minister also met with Yin Yali, the director of the Center for Hellenic Studies of the Beijing Foreign Studies University, with whom she discussed the release of Greek books in Chinese to include modern Greek literature, travel guides, and children’s books.

She also met with National Museum of China Director Wang Chunfa to discuss the exchange of exhibits. 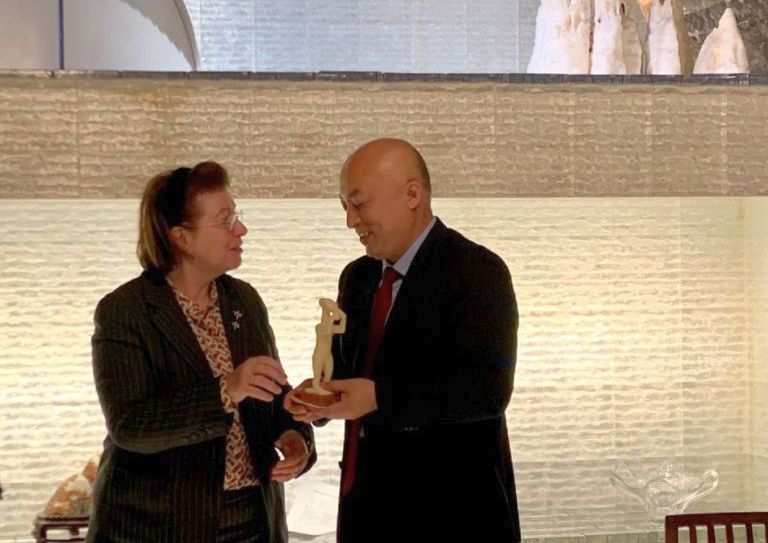 Minister Mendoni with Wang Xudong, the director of the Palace Museum housed in the Forbidden City.