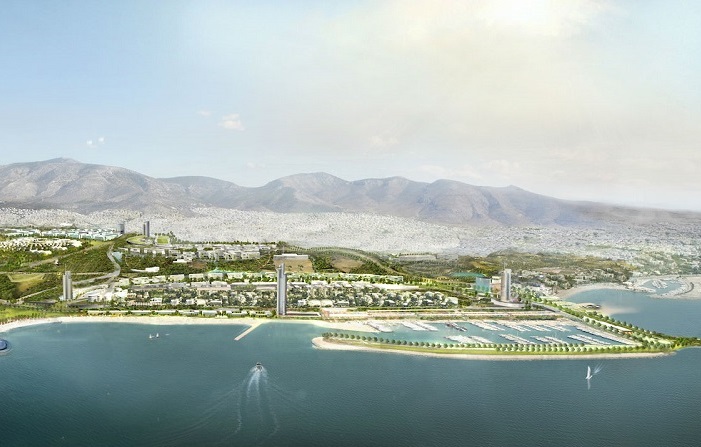 In the first five years, Lamda said it will pour in 1.5 billion euros towards the implementation of the first phase of the project, either entirely or through partnerships / agreements with third-party investors. In the period after that Lamda will look to enter partnerships with third parties for additional funding.

The first series of projects, besides an Integrated Resort and Casino (IRC), will focus on developing the coastal zone and a large part of the planned metropolitan park as well as on the construction of 10,800 residences, a marina, research and medical centers, a multispace to include museums, cultural centers, athletic facilities, and an aquarium.

The plan also includes a series of towers for residential and mixed use as well as three hotels (1,000 rooms) on the marina, on Vouliagmeni Ave, and on the seafront.

In the meantime, in relevant news, the highly anticipated Integrated Resort and Casino (IRC) – an integral part of the Hellinikon project – appears to have hit a wall, again. According to media reports this week, another deadline for the project has been pushed back due to an incomplete offer dossier submitted to Greek regulators by one of the two bidders.

According to media, a final decision on the casino may be delayed by up to six months.