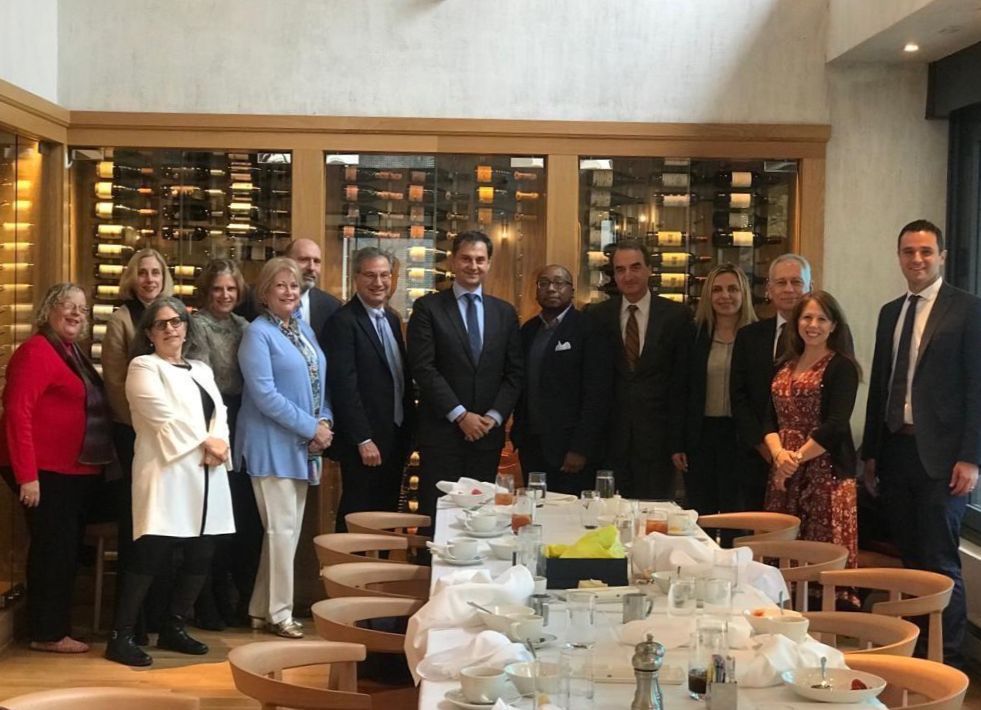 Greek-Israeli relations, boosting the air connectivity between Greece and the US and the opportunities of film tourism were just some of the topics Greek Tourism Minister Harry Theoharis discussed during his visit in Washington.

The minister’s third day in Washington began with a meeting at the American Jewish Committee (AJC), one of the oldest Jewish advocacy organizations.

During his talks with AJC representatives, the minister applauded the Israeli investments planned for Greece’s tourism hospitality sector, which are expected to upgrade the center of Athens and Thessaloniki. He pointed out that Greece is a popular destination for Israeli tourists who are expected to exceed 700,000 by the end of this year. 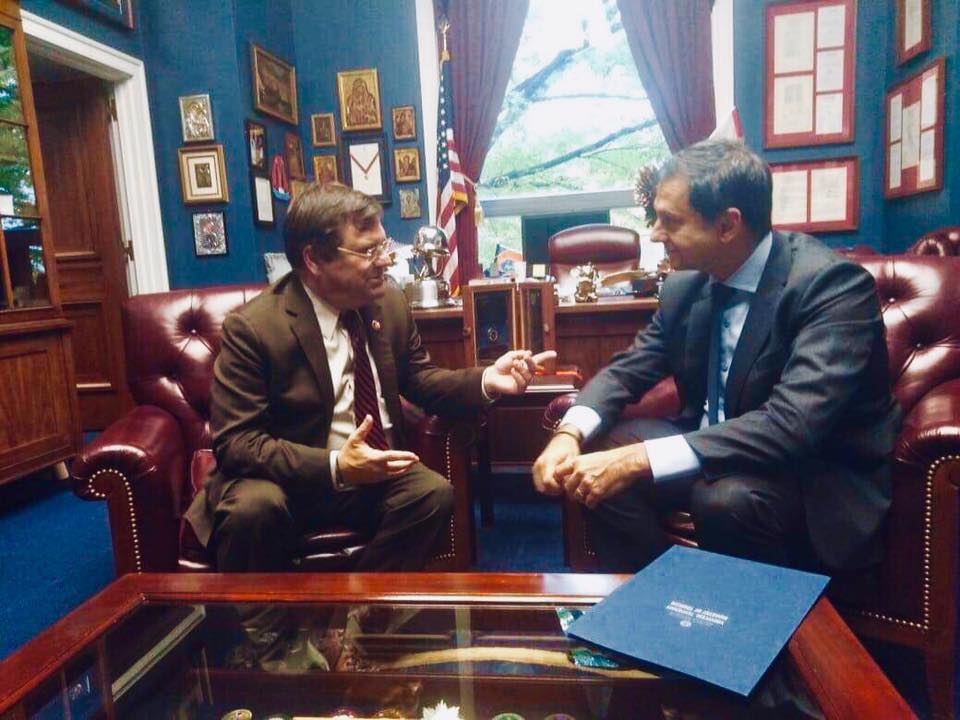 Gus Bilirakis, one of the co-chairs of the Congressional Travel and Tourism Caucus, discussing with Greek Tourism Minister Harry Theoharis.

Minister Theoharis then had a meeting with U.S. Senator Chris Van Hollen and discussed opportunities for American investments in Greek tourism that could create new jobs. In the same context, the Greek minister met with Gus Bilirakis, one of the co-chairs of the Congressional Travel and Tourism Caucus. Issues such as boosting the air connectivity between Greece and the US were discussed, while joint actions and initiatives to promote the Greek tourism product in America were agreed.

Moreover, Minister Theoharis met with Brian O’Leary, vice president of NBC Universal Media, where he discussed the value of film and TV productions as a tourism tool. It was agreed that attracting film productions to Greece is key to boosting tourism demand and making the country one of the most popular destinations in the world.

A meeting between the Greek minister and Dimitris Mouchlides, Vice President of the National Hellenic Student Association for the US and Canada, was also held. The two men discussed the possibility of promoting the Greek tourism product through events and workshops of the student union.

In addition, Minister Theoharis visited the World Bank Group where he met with Chief Economist Pinelopi Koujianou Goldberg and discussed the challenges and prospects for the further development of Greek tourism.