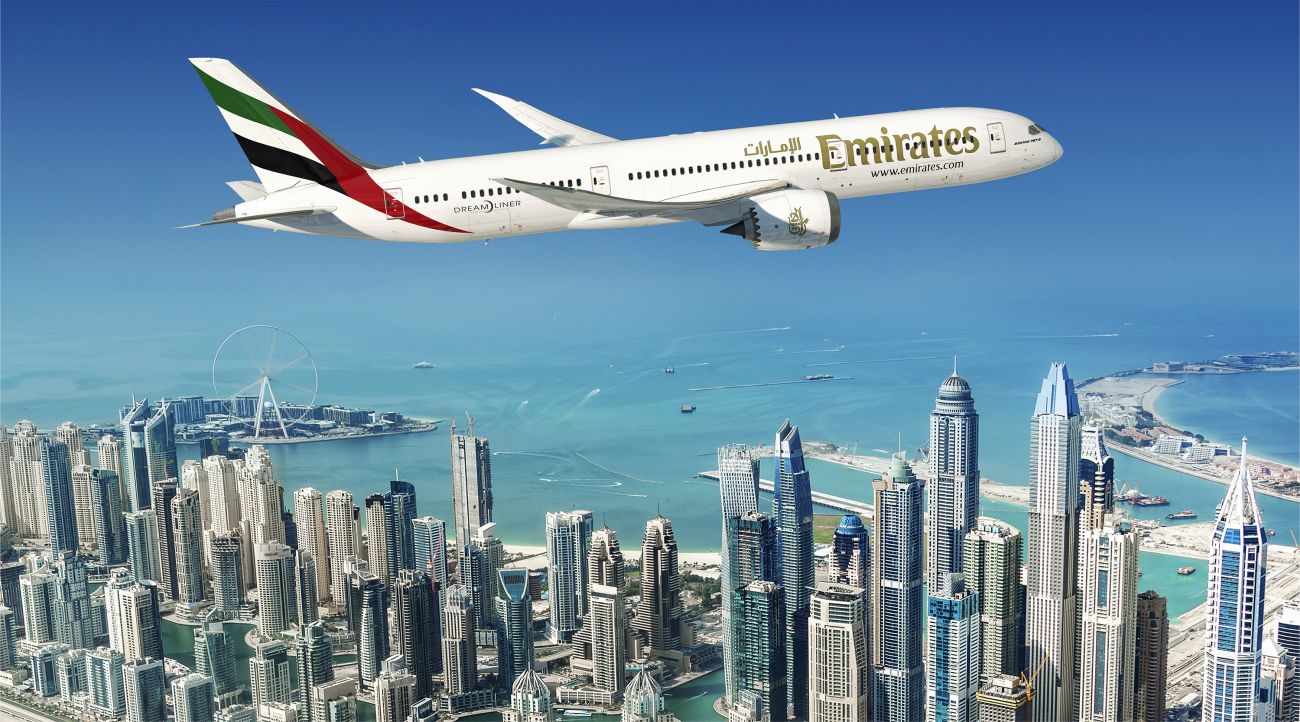 The total value of Emirates’ firm aircraft commitments add up to $24.8 billion.

The airline made its announcements during the Dubai Airshow 2019, which kicked off at the Dubai World Central on November 17 and will run until Thursday. 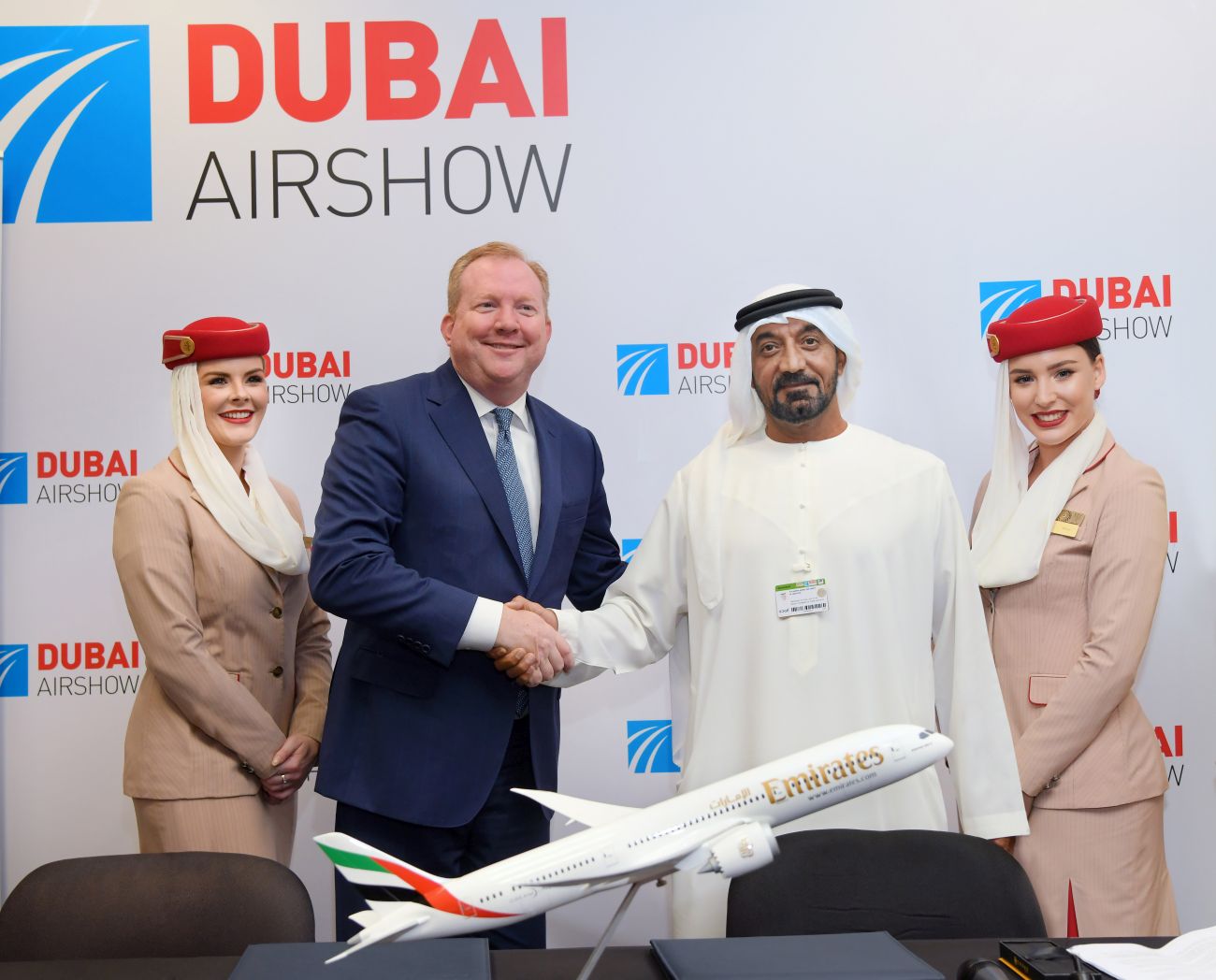 Regarding the full purchase agreement for 30 Boeing 787-9 aircraft, Emirates Chairman and Chief Executive Sheikh Ahmed bin Saeed Al Maktoum on Wednesday said it was an important investment that reflects the airline’s continued efforts to provide the best quality air transport services to its customers.

Under its agreement with Boeing, Emirates has exercised its right to substitute the B777x with B787s.

“Our Boeing fleet is key to our business model to serve international demand for travel to and through our Dubai hub, as we continue to contribute to the UAE’s strategy to become a global destination for business and tourism by providing high quality air connectivity,” Sheikh Ahmed said.

This deal includes Boeing 787 Dreamliners, with deliveries commencing in May 2023 and continuing for the next five years. For the B777X, Emirates will enter into discussions with Boeing over the next few weeks on the status of deliveries. This takes Emirates’ total order with Boeing to 126 Boeing 777X aircraft. 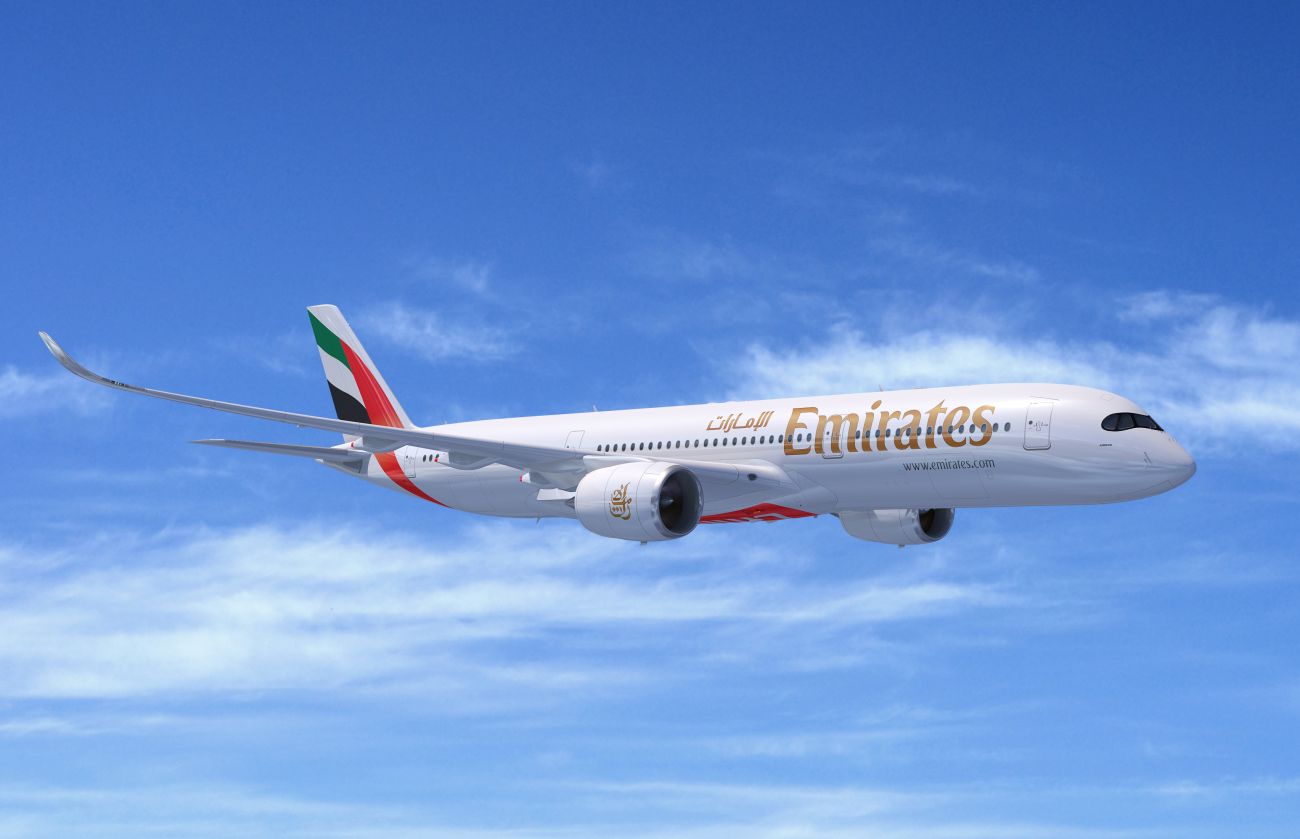 On Tuesday, Sheikh Ahmed signed the deal for 50 A350-900 aircraft, powered by Rolls-Royce Trent XWB engines.

The purchase agreement replaces the heads of agreement signed in February where Emirates announced its intent to purchase 30 A350s and 40 A330Neos.

“Complementing our A380s and 777s, the A350s will give us added operational flexibility in terms of capacity, range and deployment. In effect, we are strengthening our business model to provide efficient and comfortable air transport services to, and through, our Dubai hub,” Sheikh Ahmed said. 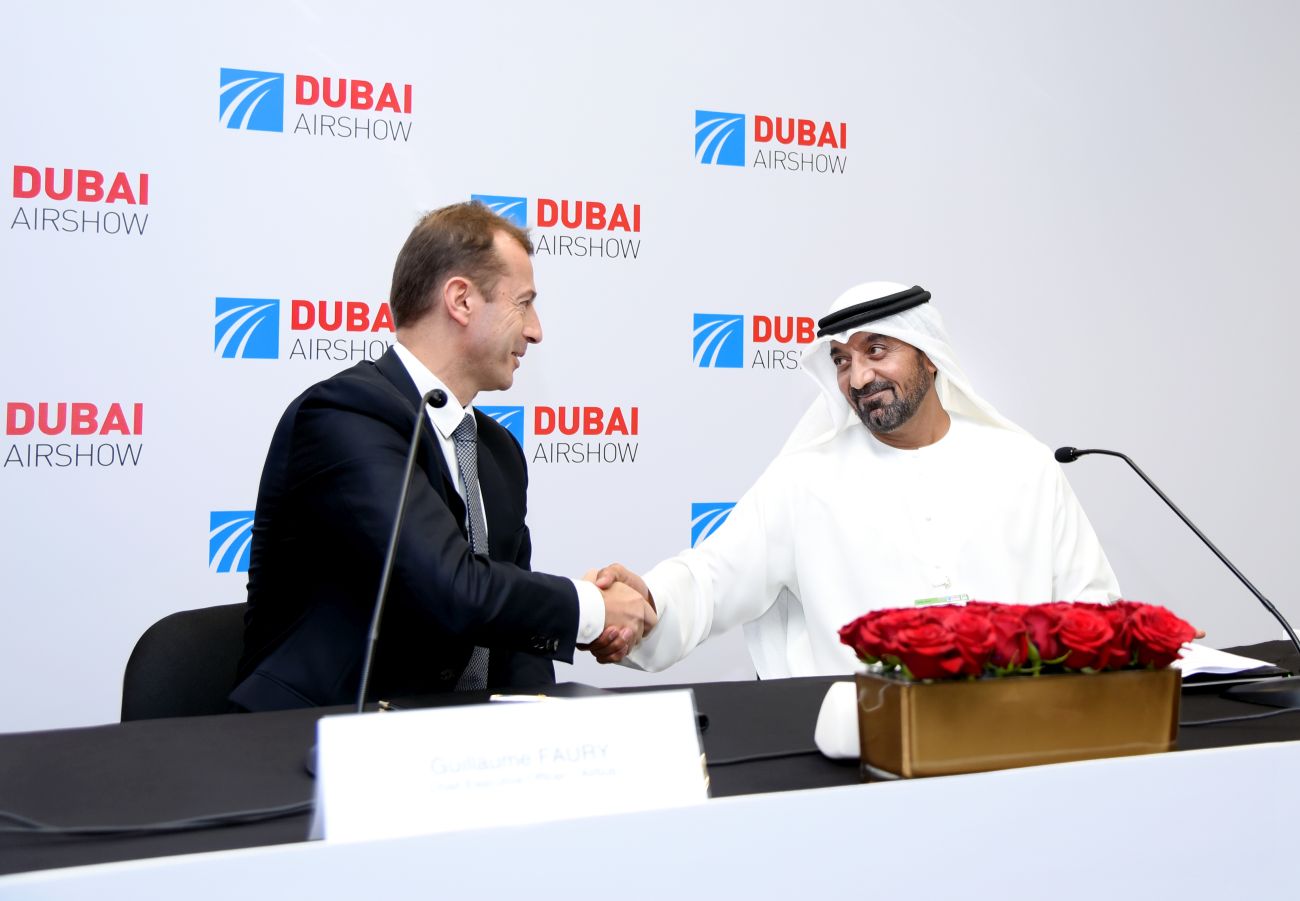 Emirates currently operates an all wide-body fleet of efficient and modern aircraft, comprising the iconic Airbus A380 and the popular Boeing 777. From its hub in Dubai, the airline serves over 150 cities on six continents, offering award-winning inflight and on ground services.

Emirates A380 marks the opening of Dubai Airshow 2019 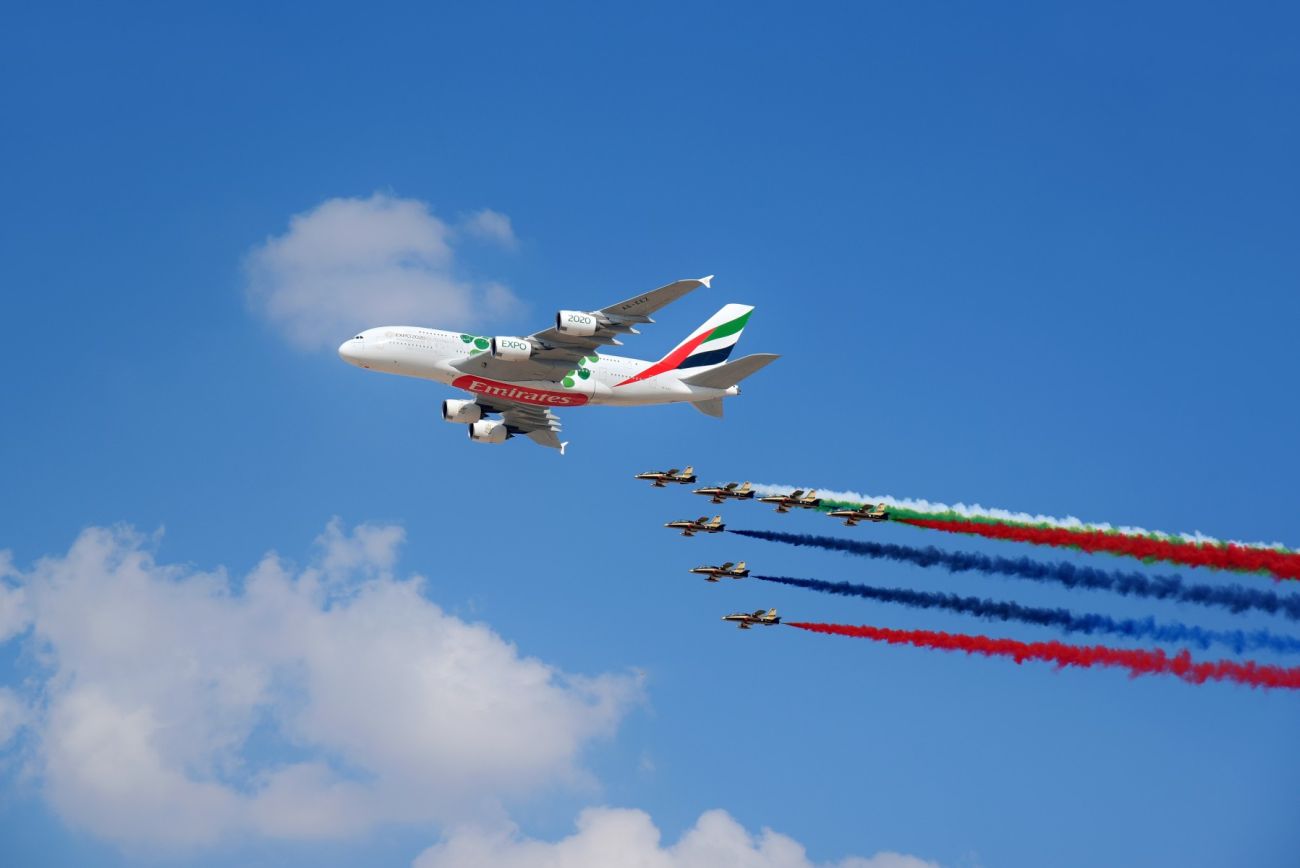 The Emirates A380, the UAE airline’s flagship commercial aircraft, soared through the skies in an unprecedented flypast procession on Sunday, November 17, kicking off the 2019 edition of the Dubai Airshow. Spectators and aviation enthusiasts were able to watch a spectacular formation of 3 Chinook, 3 Black Hawk and 3 Apache helicopters, opening the way for the Emirates A380, closely followed by the UAE’s air display team, Al Fursan, set in an arrow formation.

The Emirates A380 flying display aircraft was emblazoned with green livery representing Expo 2020’s ‘sustainability’ theme. The special flypast was conducted at an altitude of 1000 feet with an airspeed of 250 knots. The seven Al Fursan jets produced their signature smoke trails in the colours of the UAE: red, black and green. 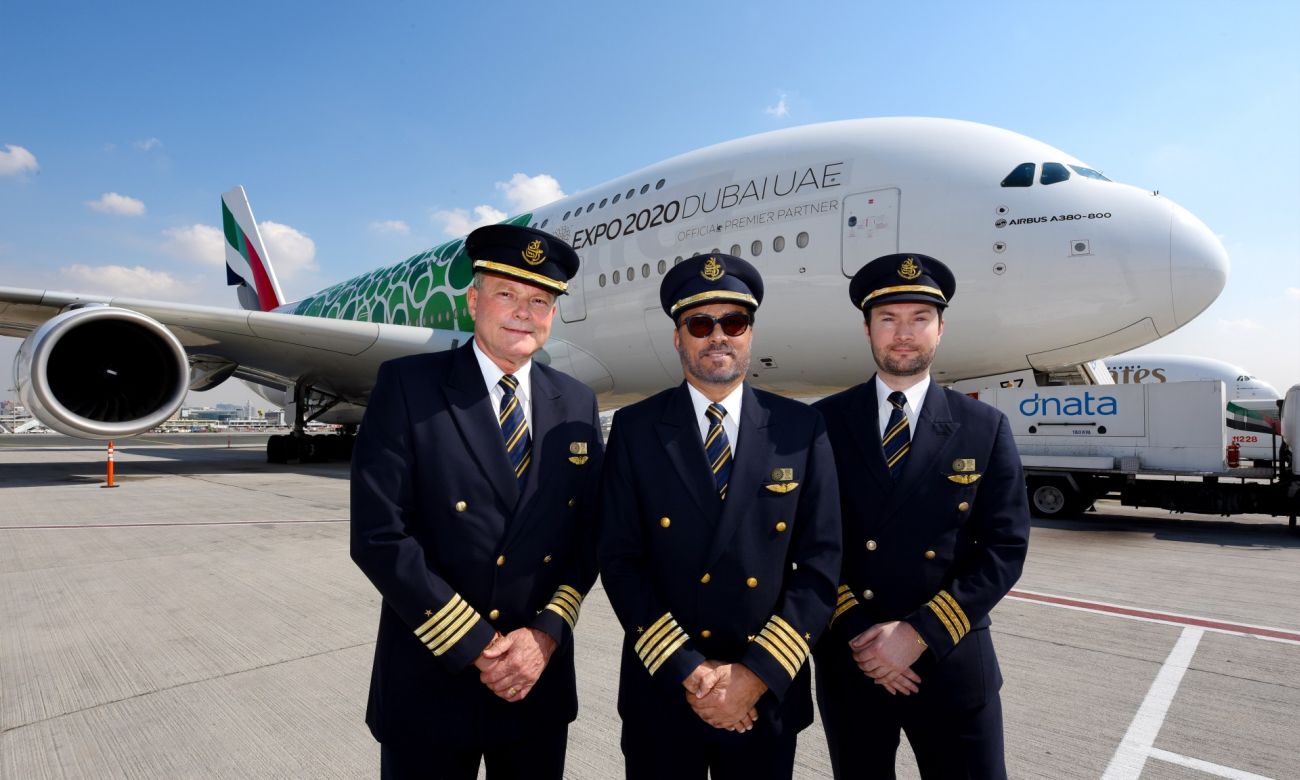 The Emirates A380 was operated by Captain Abbas Shaban and Captain Patrick De-Roeck, supported by First Officer Colin Campbell.

Emirates is the world’s largest operator of the Airbus A380, the world’s biggest commercial jet, with 113 in its fleet.