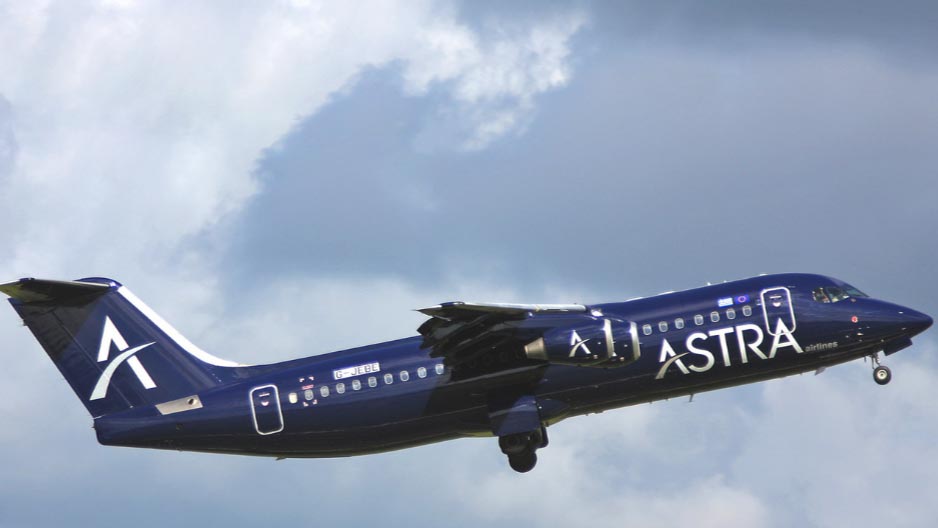 Greece’s Civil Aviation Authority (HCAA) said this week that it would be assessing whether Thessaloniki-based Astra Airlines would be able to continue operations after an increasing number of flight cancellations.

More specifically, the HCAA is examining if the airline is viable after it cancelled a number of state-subsidized flights to remote island regions. Meanwhile, Astra Airlines phone center is not responding.

In its tenth year of operations, the regional carrier handles flights out of Thessaloniki’s Macedonia Airport to Chios, Lesvos, Samos, Lemnos, Ikaria, Heraklion, Crete and Kos, and out of Athens to Chios, Kozani, Kastoria and Ikaria.

Over the weekend, Astra cancelled flights to Chios and Kos from Thessaloniki and Athens, informing passengers that they would be refunded.

In a statement on Monday, Astra Airlines said that “claims for passenger compensation would be examined and answered by November 15, 2019”.

“We apologize for the inconvenience caused and we are working for the smooth and orderly continuation of our flights,” the statement concluded.

Meanwhile, Tourism Minister Harry Theoharis on Monday issued a statement on the matter.

“Immediately when we realized that these problems could cause inconvenience to residents, we contacted the transport ministry, held discussions with other companies doing business and laid out a business plan over the weekend in cooperation with AEGEAN Airlines so that no ticket-holder has a problem,” the minister said.