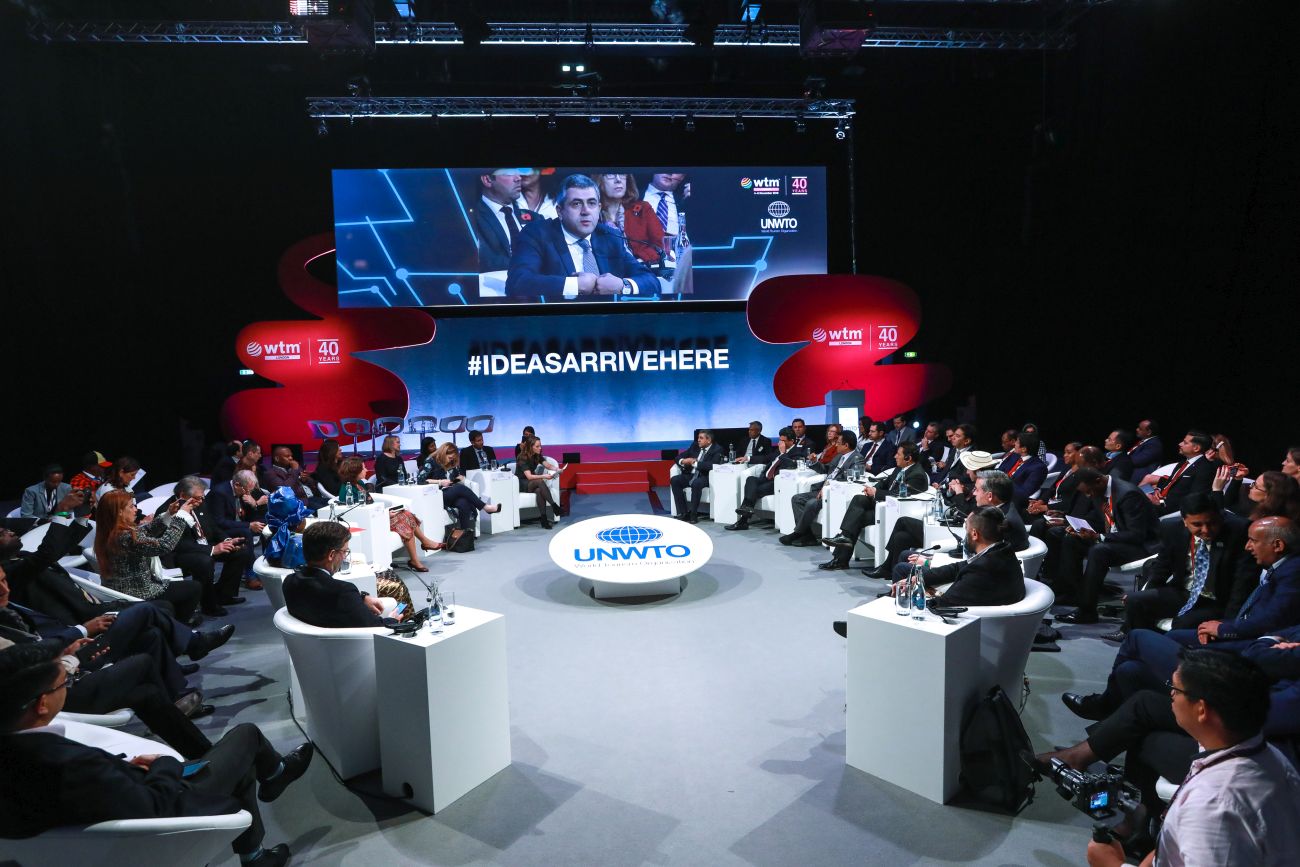 Tourism leaders from across the public and private sectors came together at the recent World Travel Market (WTM) 2019 in London for a high-level discussion on tourism’s role in rural development, the challenges and the opportunities.

The Ministers’ Summit on “Technology for Rural Development”, hosted by the World Tourism Organization (UNWTO) in partnership with WTM, focused on tourism innovation and technology and their place in empowering rural communities.

“Globally, poverty is overwhelmingly rural. This means, if we are serious tourism being a driver growth and development, we must look outside of our cities: We need to work together to help even the smallest community enjoy the many and varied benefits that tourism can bring,” UNWTO Secretary-General Zurab Pololikashvili said when opening the Summit. 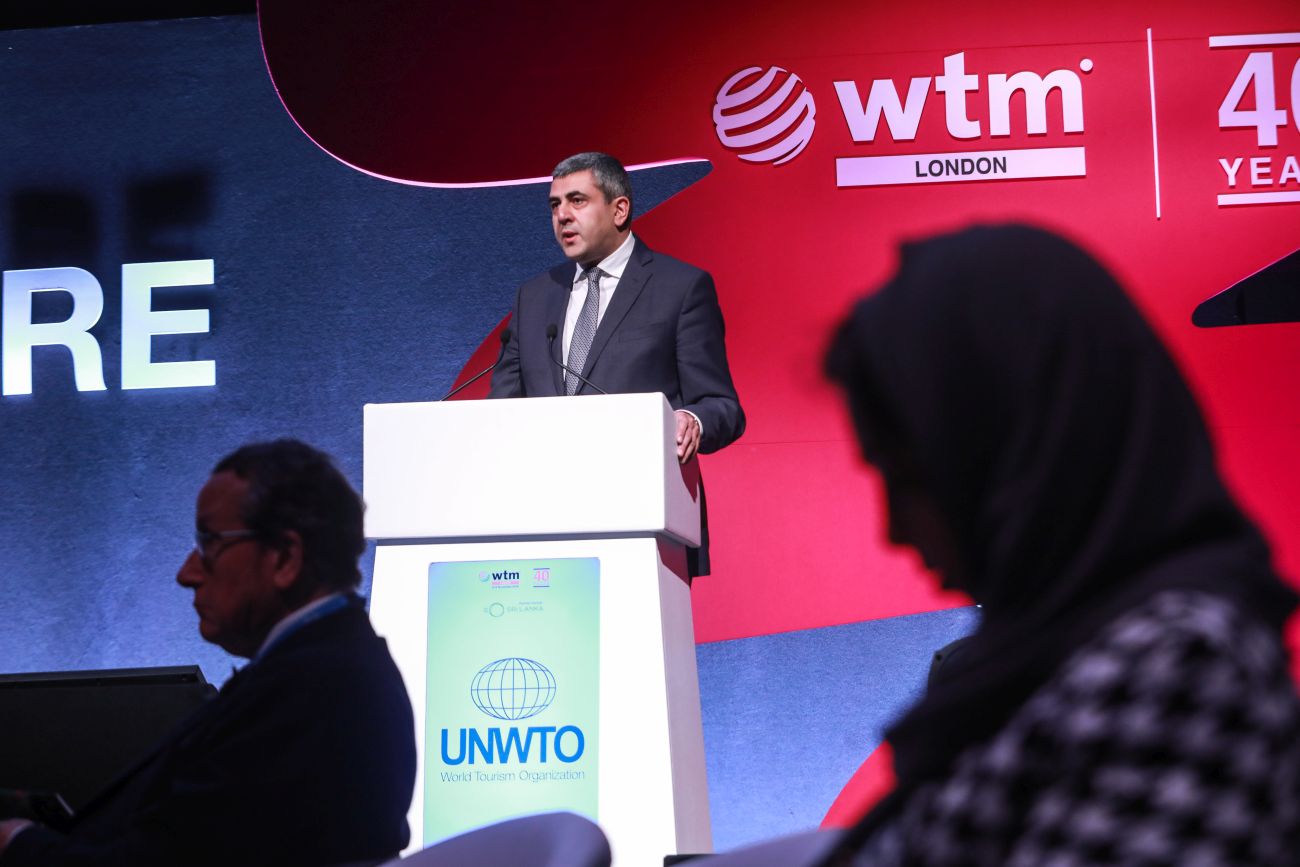 The topic aimed to lay the groundwork for further work in 2020, when ‘Rural Development and Tourism’ will be the theme for World Tourism Day 2020 on September 27.

Alongside private sector leaders that attended the event, the public sector was represented by 75 ministers and vice-ministers of tourism from Albania, Bolivia, Colombia, Greece, Guatemala, Panama, Portugal, Saudi Arabia, Sierra Leone and Yemen. 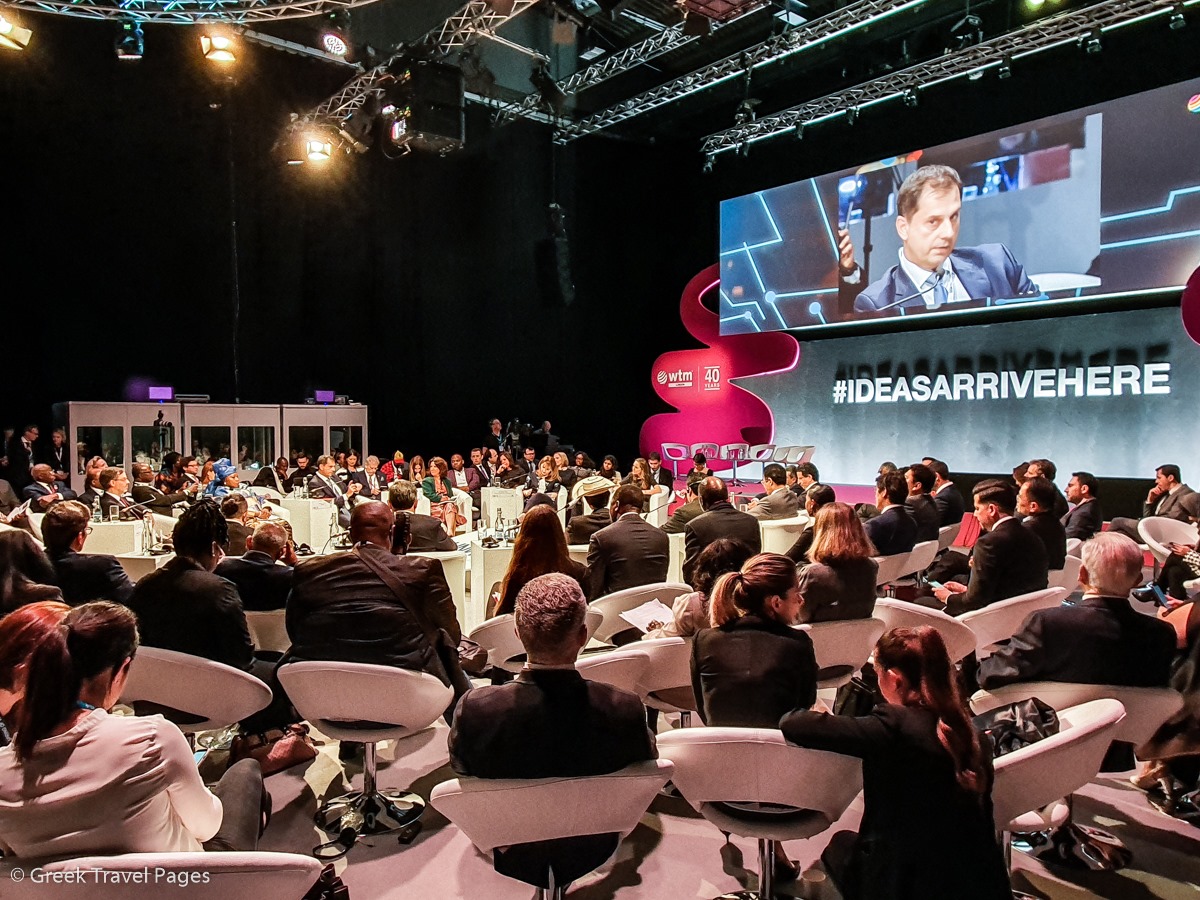 Greek Tourism Minister Harry Theoharis (shown on screen) was among the tourism leaders that attended the UNWTO and WTM Ministers Summit.

Participants from both the private and public sector explored the potential benefits of digital technology, agreeing that innovation and knowledge dissemination will be vital for bridging the rural-urban divide.

During the summit, entrepreneurs and corporate leaders urged tourism ministers from around the world to collaborate with businesses to help countryside communities. 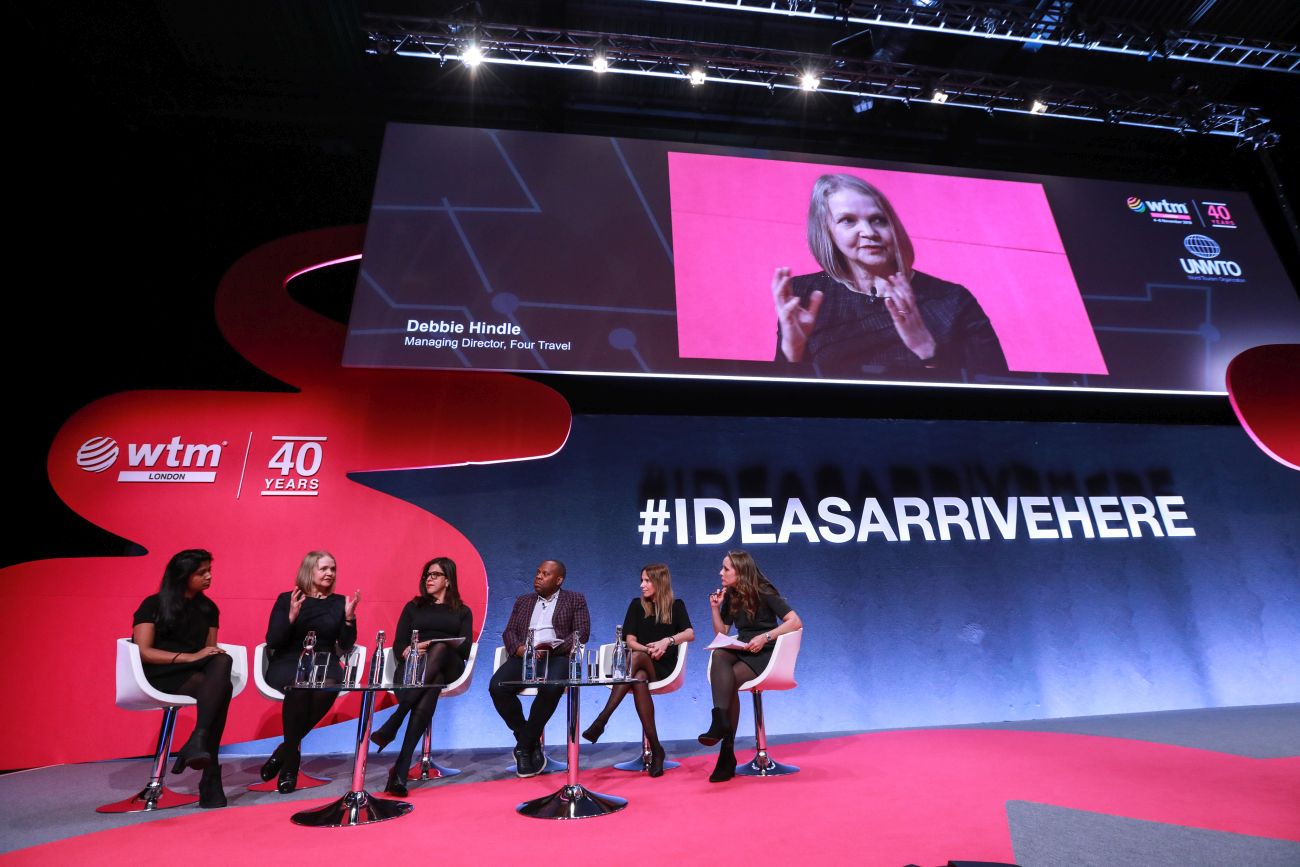 She invited tourism ministers from Yemen, Guatemala, Panama, Albania, Bolivia, Colombia, Sierra Leone and Portugal to talk about the importance of rural development to help support tourism and national economies.

Examples of good practice ranged from mobile technology in Sierra Leone, to tax incentives for Colombian hotels, Wi-Fi initiatives in Portugal, sugar cane and cocoa products in Guatemala, and painted hats in Panama.

According to the UNWTO, both public and private sector participants were united in their commitment to ensuring tourism’s contribution to rural development is geared to leaving no one behind. 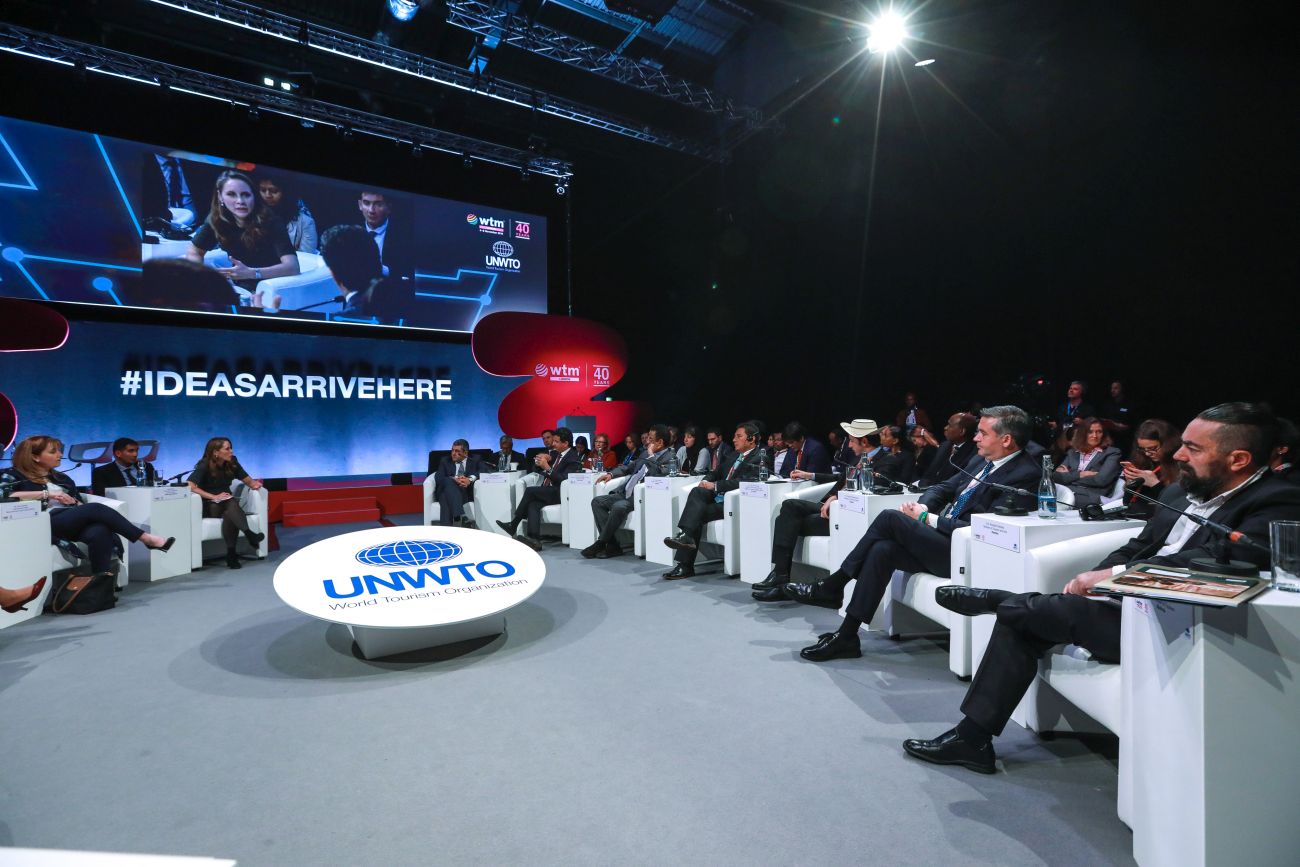 In its 13th year, the Ministers’ Summit was held as the UNWTO works with its Member States and alongside its fellow United Nations agencies to face up to the challenges posed by rising levels of urbanization.

According to the UN, 68 percent of the world’s population will live in cities by 2050. In many places, this has meant rural communities are “left behind”, and tourism has been identified as a key means of bridging the rural-urban divide by creating jobs and boosting economic sustainability.

The UNWTO said that the outcomes of this year’s Ministers’ Summit at WTM London will serve as the foundations upon which to build the overarching thematic angle for many of its actions and initiatives around the world.