Held in Thessaloniki and in its 35th year, the Philoxenia exhibition serves as a meeting point for Southeastern Europe’s tourism and hospitality professionals, attracting thousands of visitors and representatives from major target markets while paving the way for new partnerships and future collaborations.

The exhibition will be open to the public on the weekend, giving holidaymakers the chance to get information on a number of Greek and foreign destinations and find out about available tourism packages for their holidays.

The exhibition this year will also host 35 tourism startups from Digital Greece, a project of the Ministry of Digital Policy, and CapsuleT Travel & Hospitality Accelerator, the first Greek startup accelerator exclusively for tourism, an initiative of the Hellenic Chamber of Hotels.

Among the many parallel events scheduled to take place during Philoxenia, the International Conference on “Dark Tourism” is sure to stand out.

Dark tourism has been defined as tourism involving travel to places historically associated with a “dark past”.

The “Dark Tourism” conference, which will host speakers from Greece and abroad, will explore the role that the “dark past” of a destination plays in the creation of tourism products arising from this category of interest. The conference will focus on the city of Thessaloniki, which stands out many “dark” stories and paths, from antiquity to the recent years.

The conference will seek to address a wide range of research topics ranging from representative museums and cemeteries to war heritage and prisons and from monuments and memorials (holocaust tourism), to criminal landscape management, as well as their link to religious and cultural tourism. Entrance to the conference is free.

Another highlight of the exhibition will be the signing of a cooperation agreement between the Thessaloniki Tourism Organization and the International Hellenic University, which will pave the way for a study to be conducted on the strategic, tourist planning of the northern Greece city. 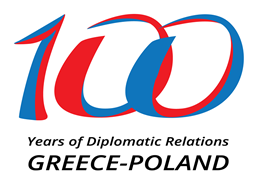 In 2019 Poland and Greece celebrate the 100th anniversary of establishing diplomatic relations. To commemorate this unique jubilee, Poland will be featured as the honored country at the 35th Philoxenia expo.

At the Polish Pavilion (104), visitors will be fully informed on the destination’s attractions, culture and history.

Moreover, the Region of Thessaly and the Municipality of Tripoli are the honored Greek destinations this year.

Philoxenia will also host an integrated program for hosted buyers with some 100 invited tour operators from 37 countries and 3,800 pre-scheduled meetings – a record number for the exhibition.

According to organizer TIF-Helexpo, the number of exhibitors of both Philoxenia and Hotelia exhibitions add up to 540.

Both events are held under the auspices of GNTO.

The Greek Travel Pages (GTP) is a media sponsor of the 35th Philoxenia expo.