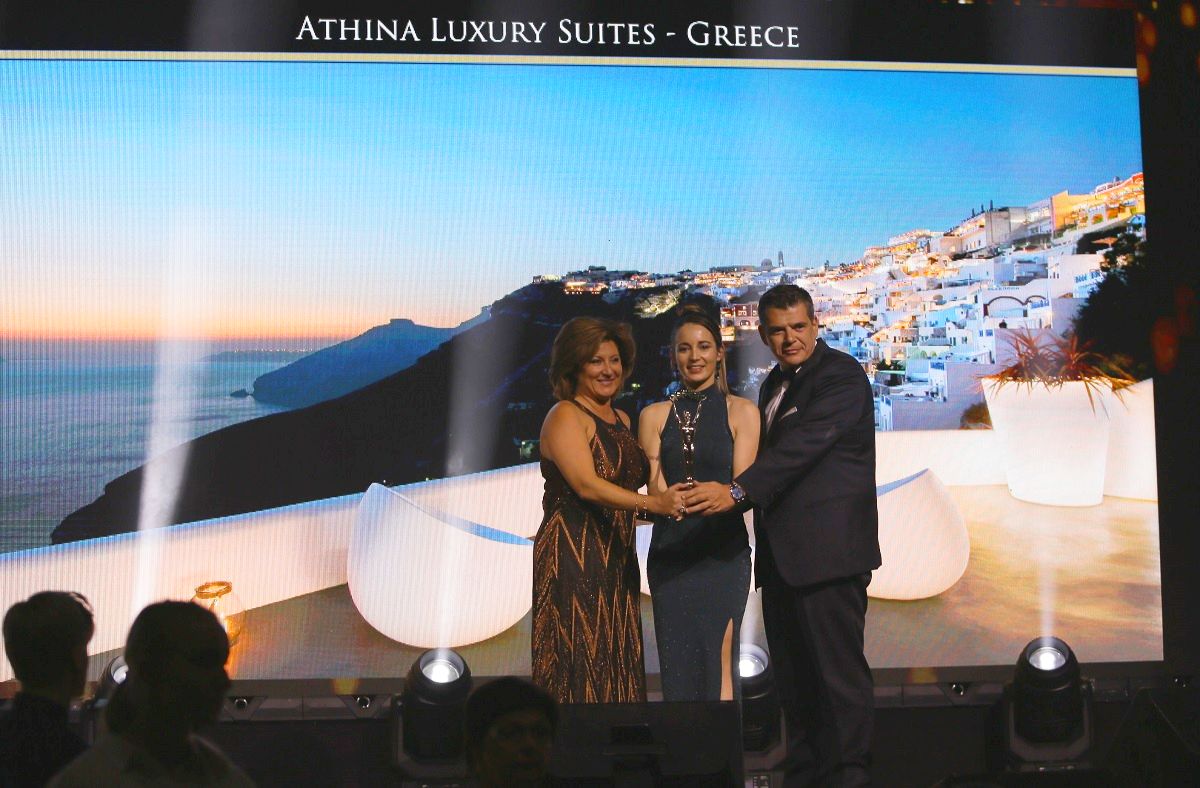 The Athina Luxury Suites boutique hotel, located on the island of Santorini, recently received four honors as one of Europe’s and Greece’s prime wedding and honeymoon destinations. 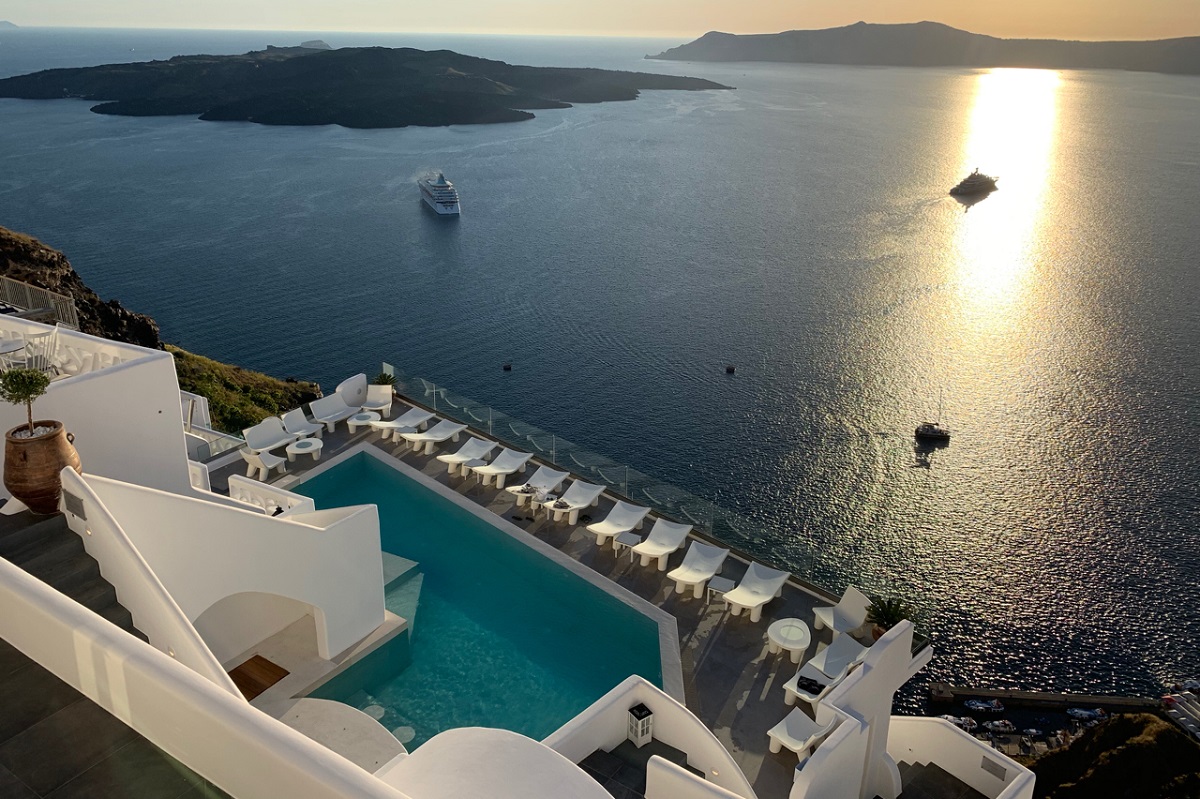 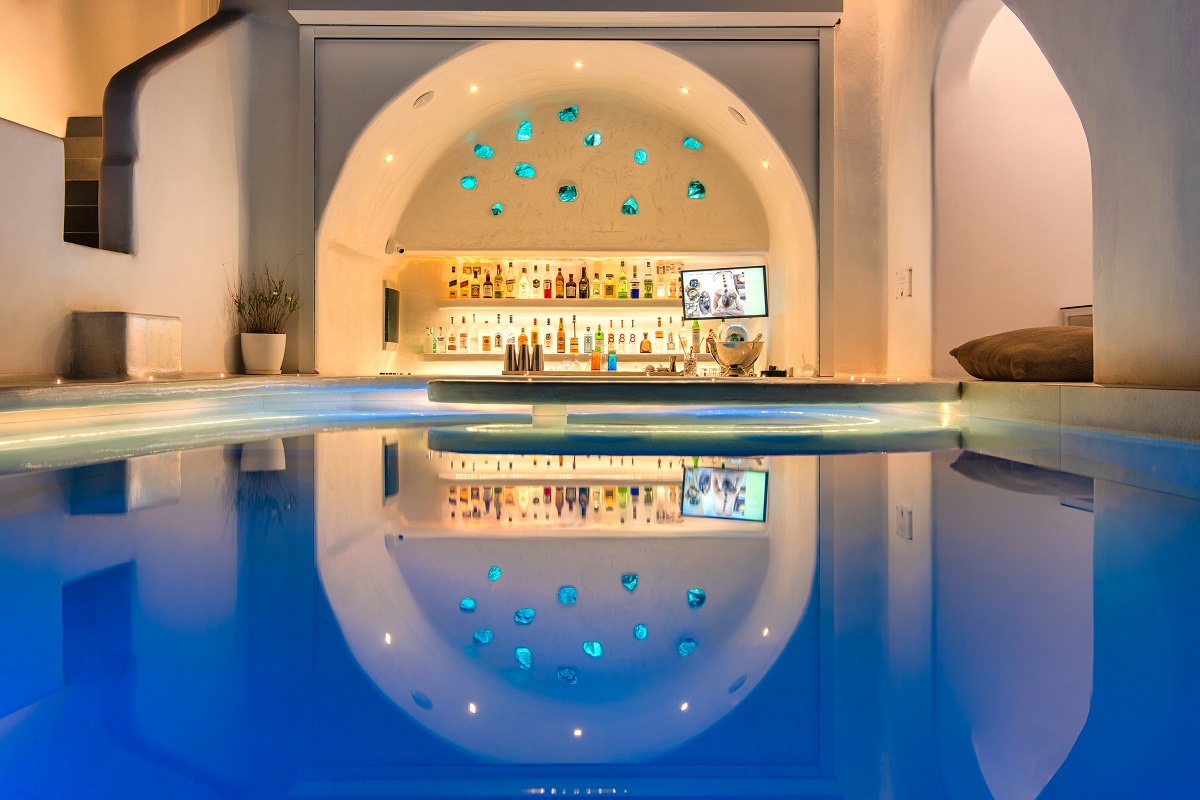 The World Luxury Hotel Award was received by Athina Luxury Suites owners and managers Panagiotis Iglesis and Artemis Argyrou, during a gala ceremony, which was held in the Arctic TreeHouse Hotel in Finland.

“We are very proud that Athina Luxury Suites was recognized as one of the best hotels in Europe and in Greece by two leading luxury organizations, such as the World Luxury Hotel Awards and the Haute Grandeur Global Awards – especially when people vote for the results,” they told GTP Headlines.

“Our country must be promoted and recognized as one of the best destinations in the world. We are happy to be a small part of this effort.” 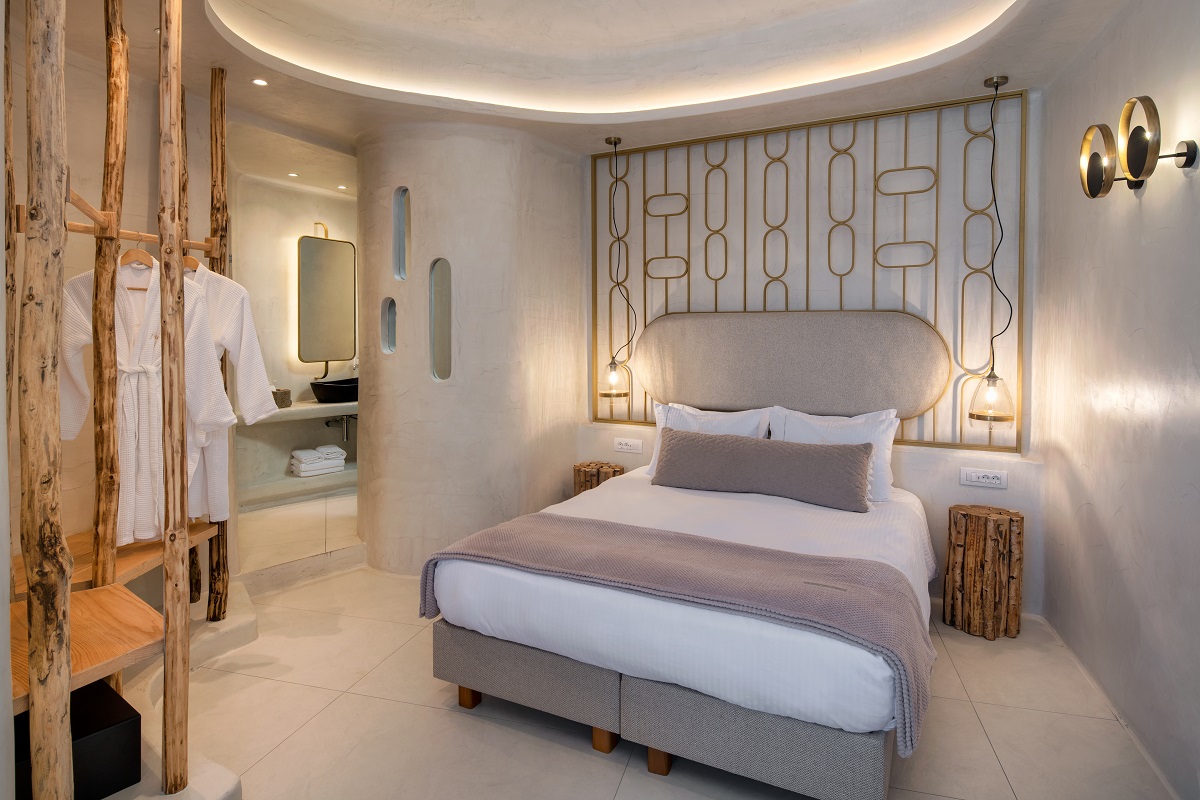 Located in Fira, the Athina Luxury Suites boutique hotel this year completed an ambitious renovation project worth some 800,000 euros, which included the creation of a unique new venue for wedding ceremonies and private dinners.

Furthermore, the hotel introduced its guests to five brand new suites of minimal luxury design, a new infinity pool with a bar and its luxury spa services. 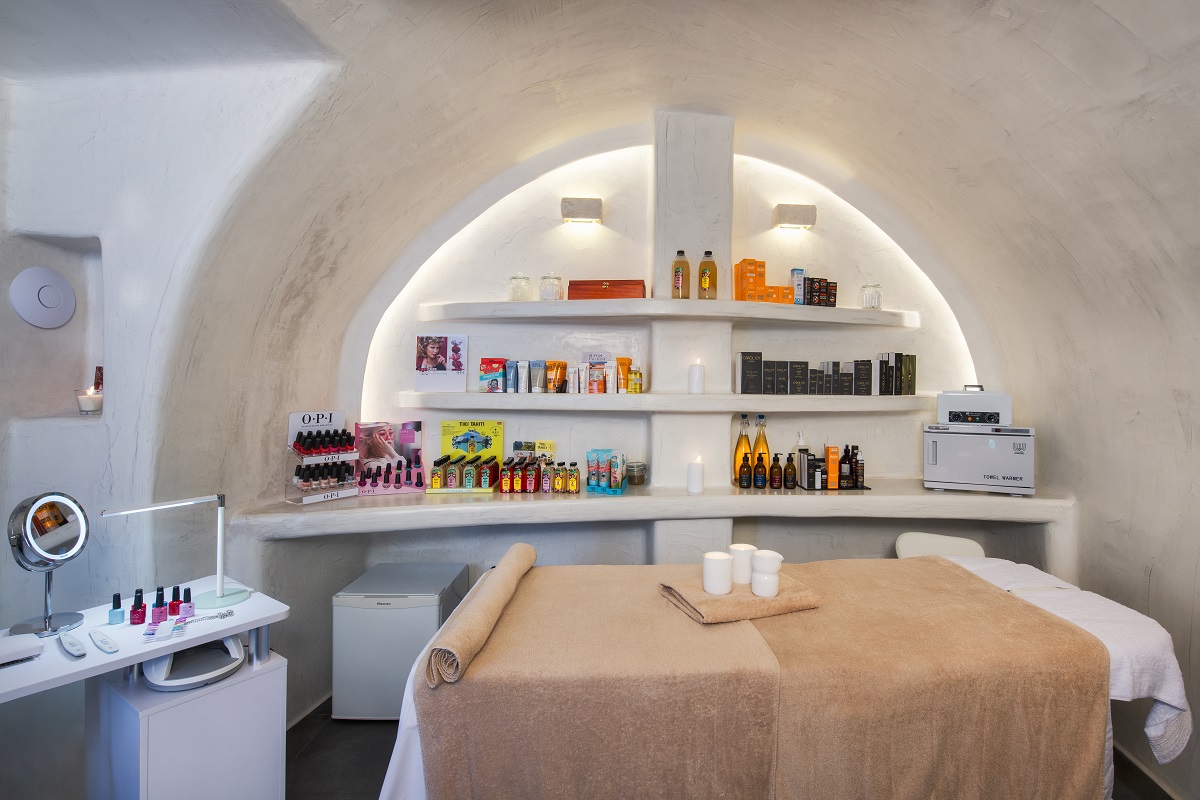 The hotel’s award-winning Esperisma Bar-Restaurant has also been refurbished to offer more space on the terrace.

Athina Luxury Suites operates on a seasonal basis and will remain open until November 30.