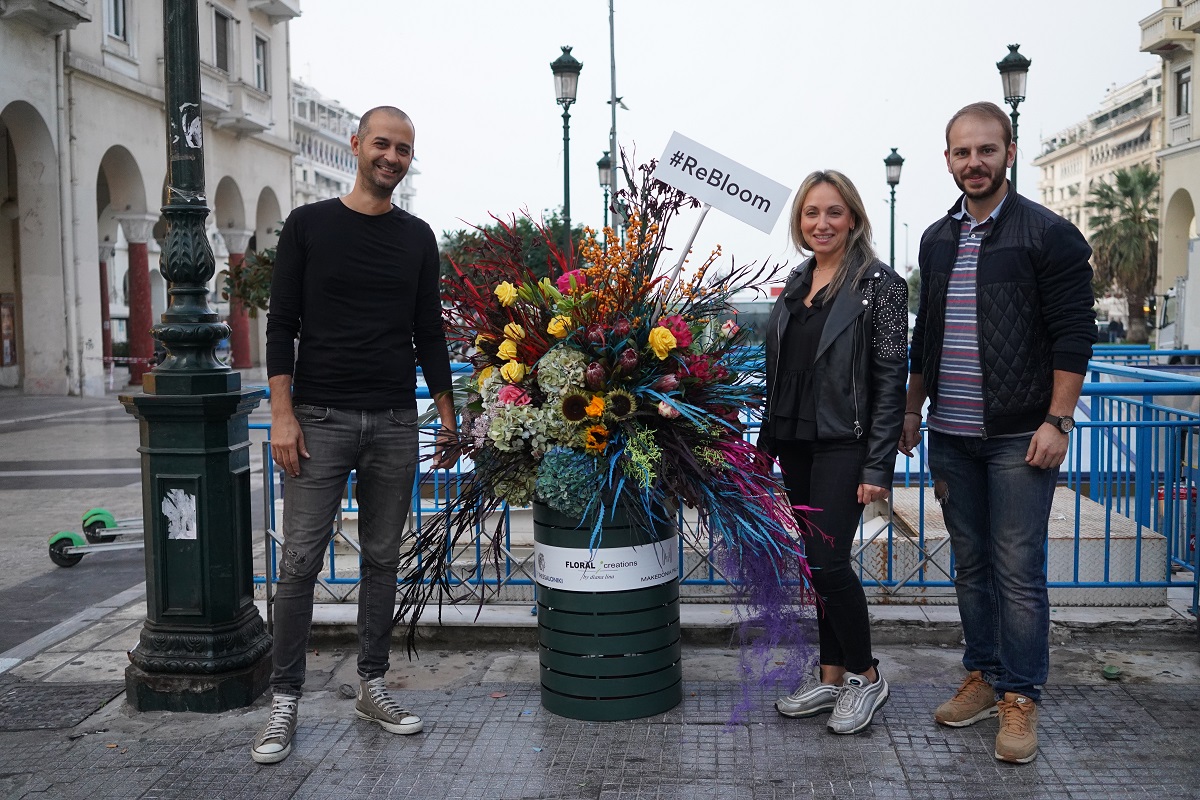 The #Rebloom initiative was launched in cooperation with the designers of “Floral Creations by Diana Lina” and the Municipality of Thessaloniki and includes flowers from the hotel’s floral arrangement supply.

“Thessaloniki’s residents came across an unusual sight while walking around the city center when they suddenly came across trash bins decorated with colorful flower arrangements,” the hotel’s management said in an announcement. 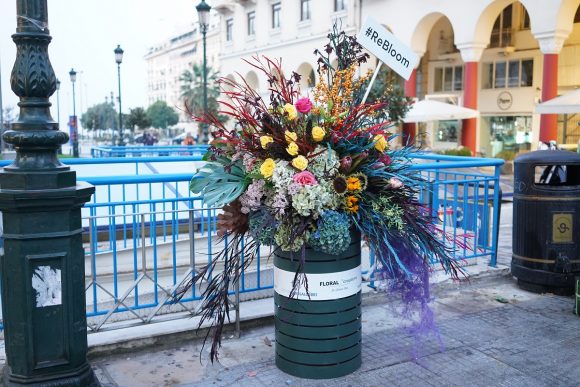 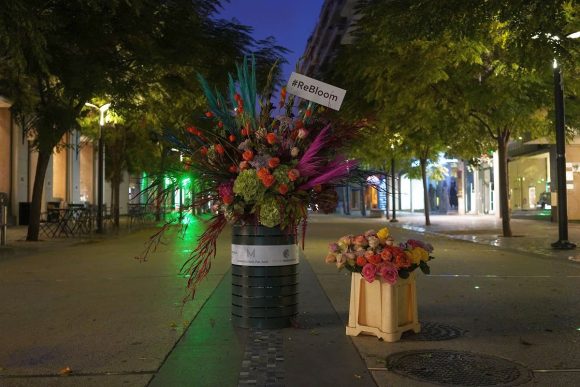 Through the initiative, the Makedonia Palace aims to promote alternative forms of recycling in Greece and raise awareness on environmental issues.

“The unconventional approach of flowers bursting out of the city’s trash bins shows a contradiction and creates positive feelings to everyone,” Makedonia Palace said. 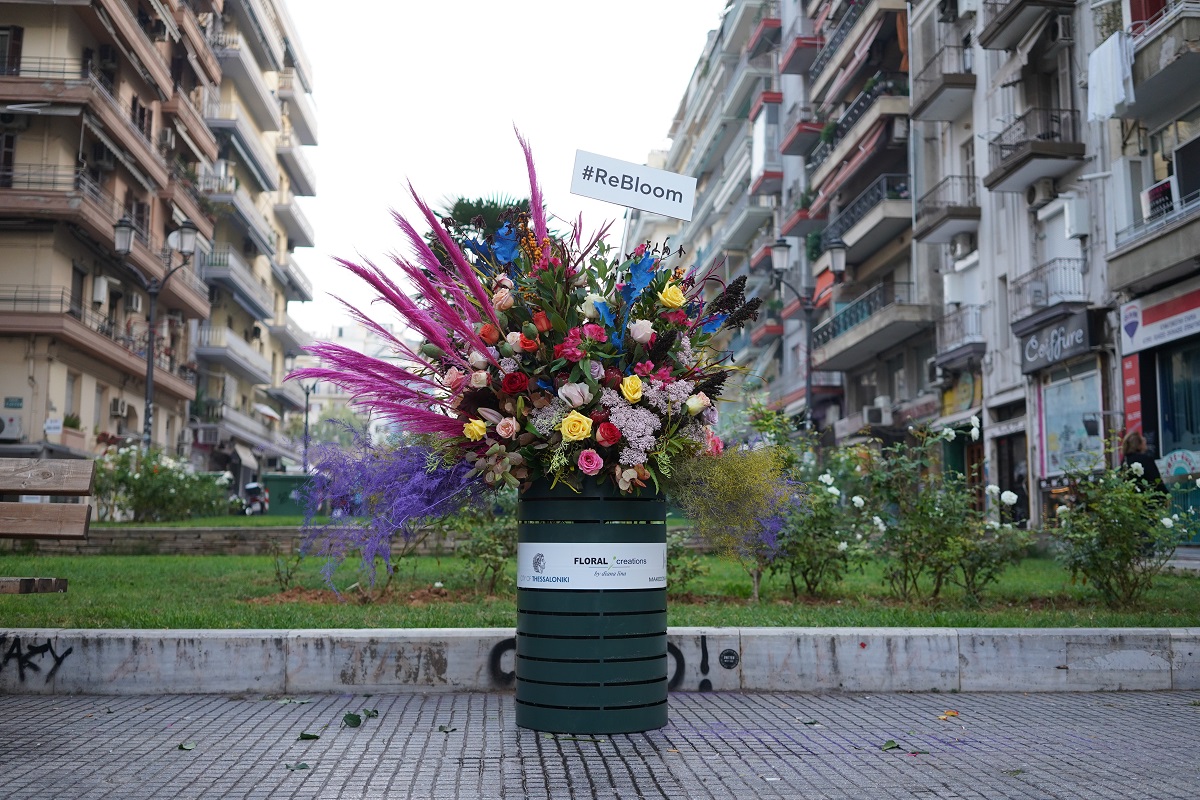