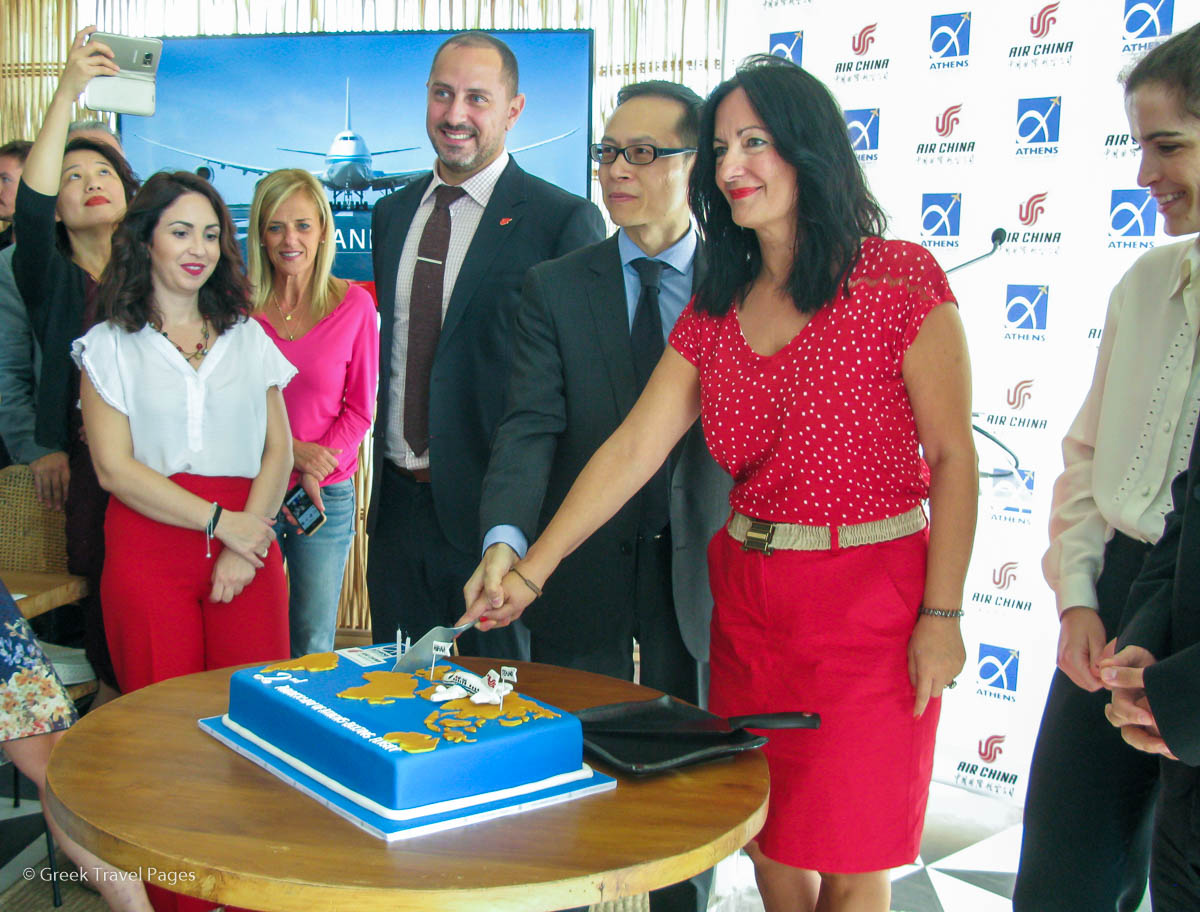 Fan Heyun, General Manager of Air China in Greece, and Ioanna Papadopoulou AIA Communications and Marketing Director cut the cake, celebrating the second anniversary since the establishment of the Athens – Beijing direct service.

Air China as of this winter will increase its direct services between Athens and Beijing from two to three per week in order to meet high travel demand.

The announcement was made on Tuesday, during a press event in Athens, on occasion of the carrier’s second anniversary since the launch of direct flights between the two cities in September 2017.

In 2018, the airline had also launched a third seasonal direct service for the summer months. 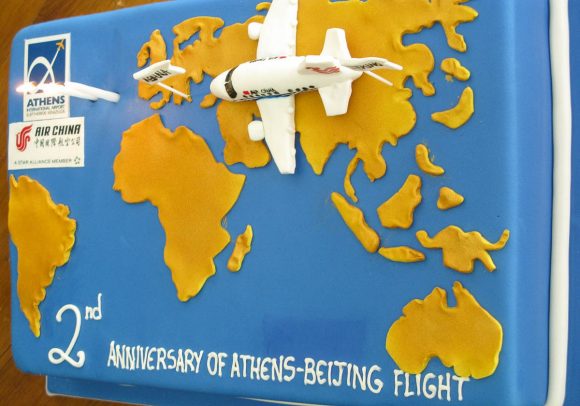 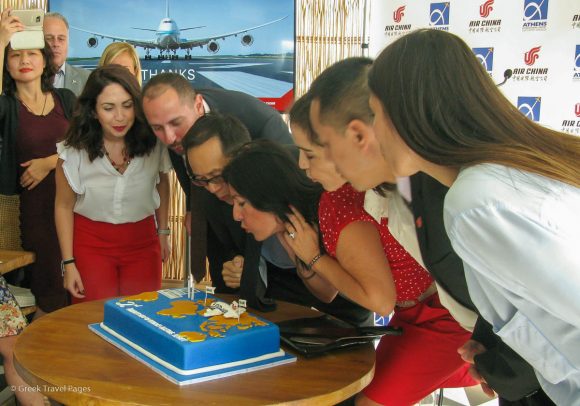 “We have decided to maintain this third flight, starting this winter, due to the positive welcome,” Fan Heyun, General Manager of Air China in Greece, told reporters during the event.

The Chinese carrier’s direct routes are currently operated every Monday, Wednesday and Saturday.

According to Heyun, Air China is considering to add a fourth flight in 2020, and even more services in the future. 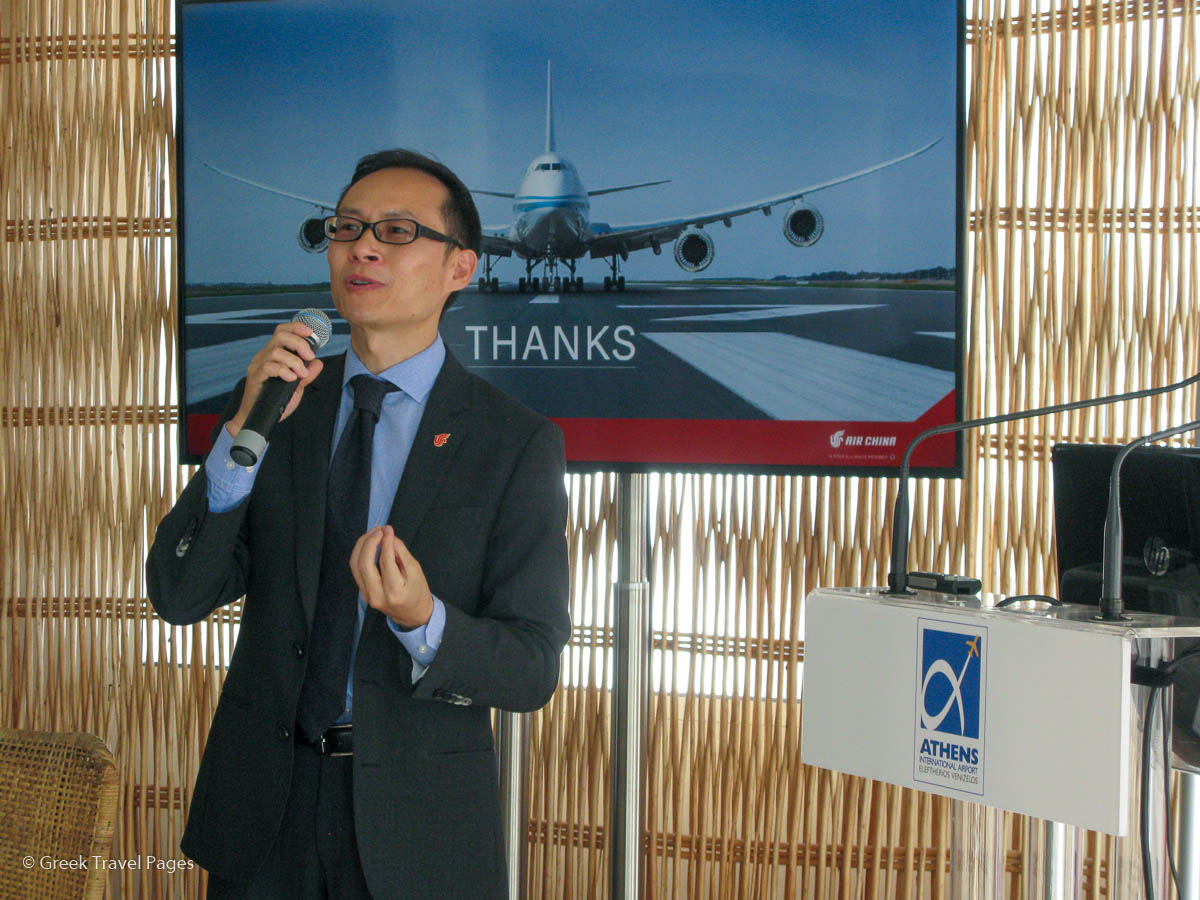 According to figures presented by Athens International Airport (AIA) Communications and Marketing Director Ioanna Papadopoulou, Air China’s direct services have stimulated demand for routes between the two cities during the past two years.

Furthermore, during the first nine months of 2019, China has been included among AIA’s Top 20 destinations, ranking 16th in terms of traffic.

According to Papadopoulou, 77 percent of Chinese travelers visit Greece for leisure purposes, 18 percent for business, while 4 percent visits friends and relatives.

Air China currently flies to 190 cities in 41 countries. Through the Star Alliance network, the carrier covers 1,330 destinations in 192 countries.

Its fleet consists of 684 aircraft, while the carrier operates the largest number of wide-body aircraft in China, consisting mainly of Airbus 350s, Boeing 787-9s and Airbus 330s.