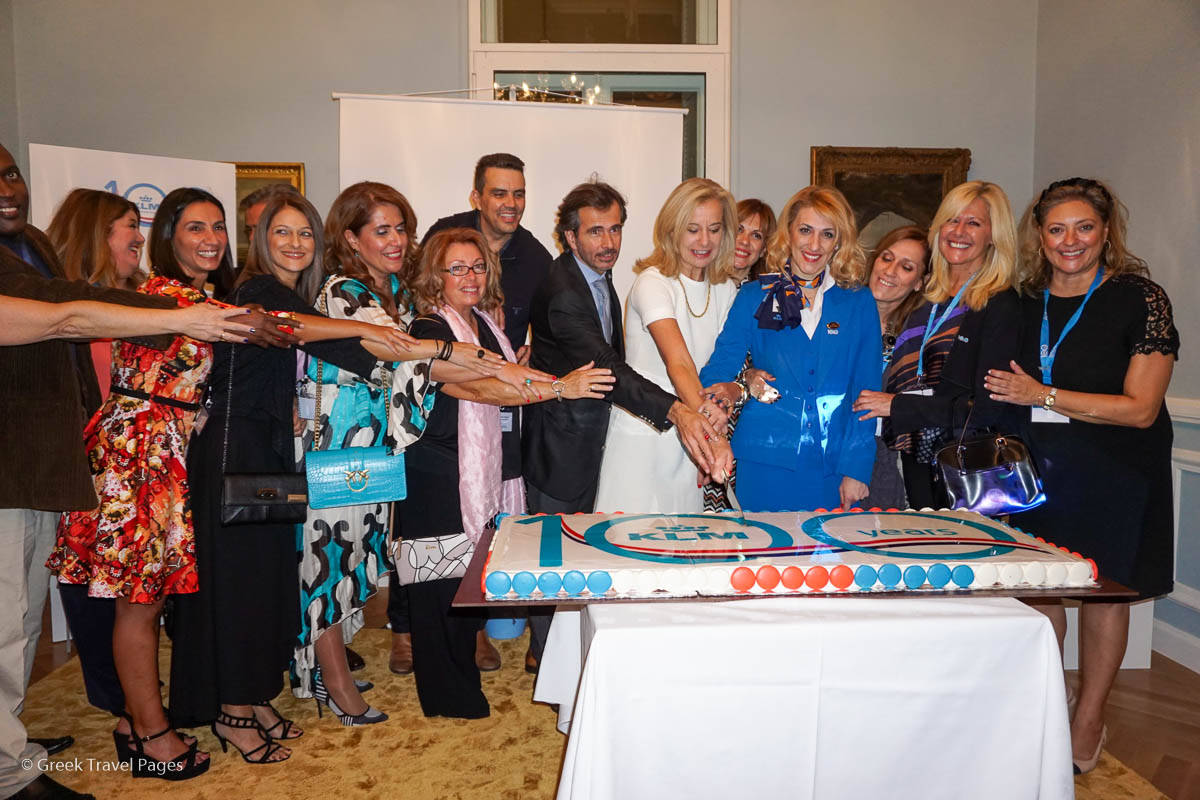 KLM these days is celebrating its centenary with its partners and passengers around the world, including Athens from where the airline offers 14 weekly flights to Amsterdam-Schiphol. Passengers from Athens to Amsterdam are offered connections to 165 destinations worldwide.

On October 7 KLM Royal Dutch Airlines turned exactly one hundred years old. Founded in 1919, KLM is the first commercial airline that is still flying under its original name to reach this milestone in the world.

“Back in 1919 three major events happened: the Treaty of Versailles ended World War 1, European and US women got the right to vote and KLM was established as one of the first commercial airline companies,” said Yiannis Pantazopoulos, Air France KLM Regional Manager Greece, Cyprus & Turkey. 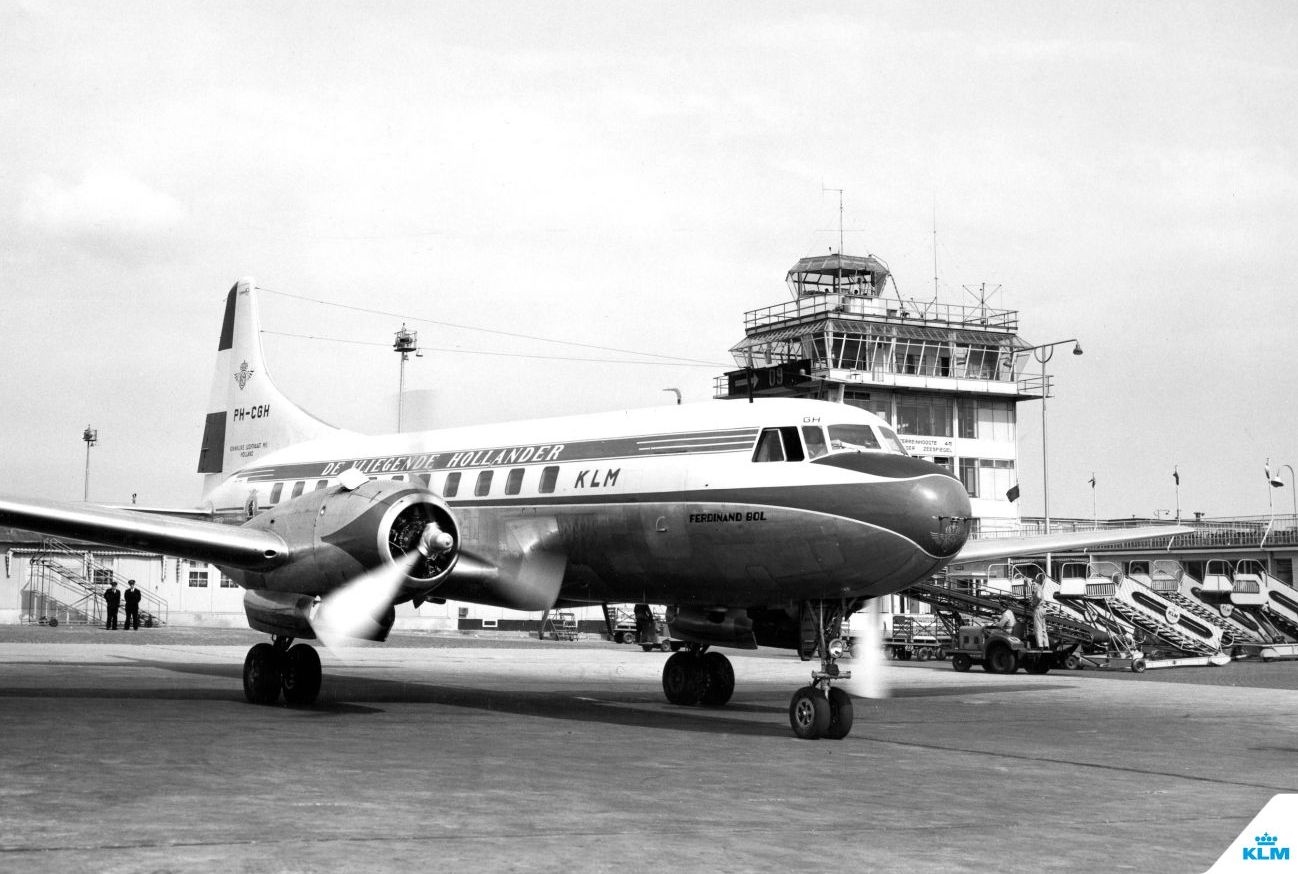 Speaking during an event held at the Dutch Ambassador’s residence in Athens on Tuesday, Pantazopoulos spoke about the history “of a legend” such as KLM.

“KLM became 100 years – not old – but new, because this company has managed to survive throughout these decades with all the difficulties,” he said, adding that the airline company is investing in the future with new technologies and innovations. 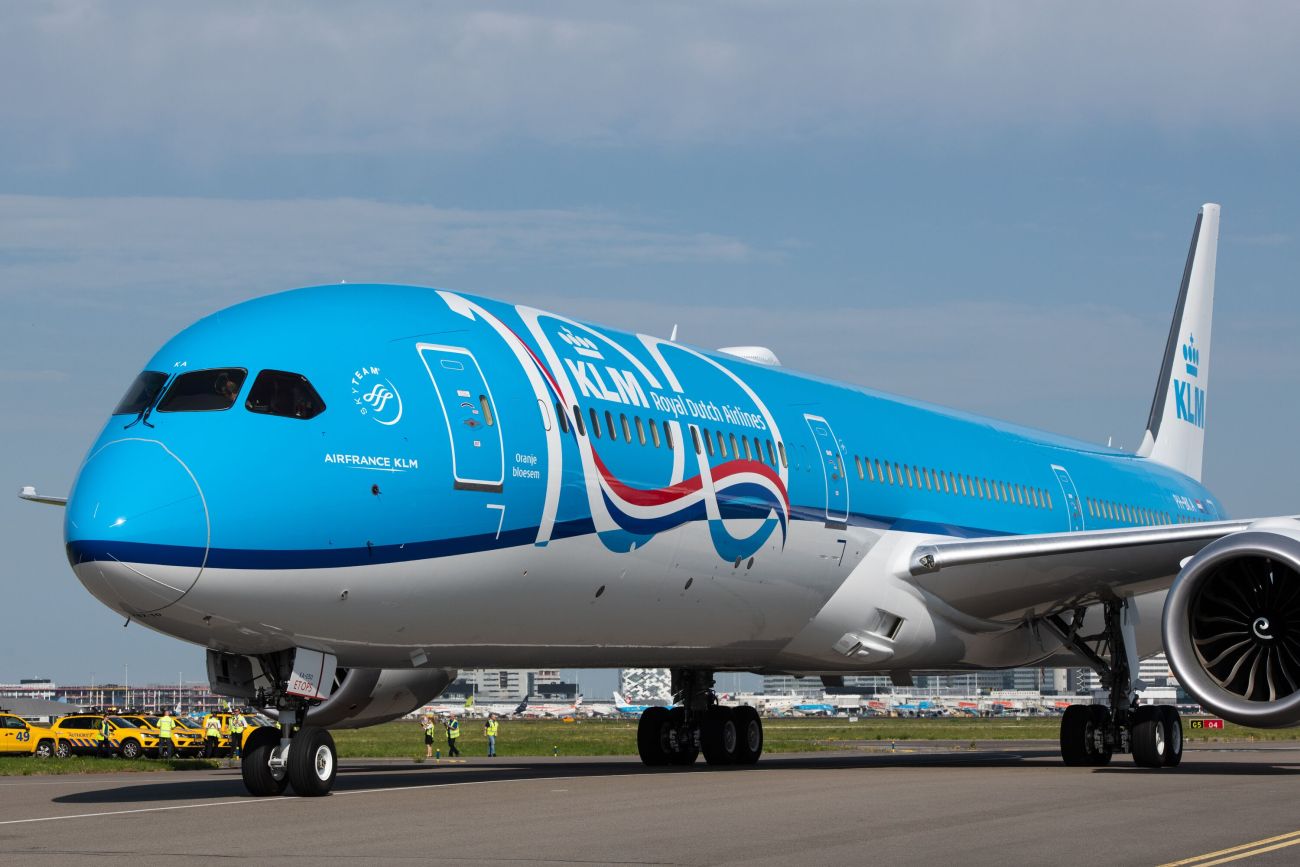 “Βut mainly, most importantly, this company achieved and managed to survive up until today based on two elements – having loyal customers and having dedicated staff and I think that this is the best ingredient for the future,” Pantazopoulos said.

“I am proud to be here today and celebrating the new century because 100 years was yesterday… Today we are talking about a new century and while we all feel proud when we look back, we are very confident when we look ahead,” he underlined. 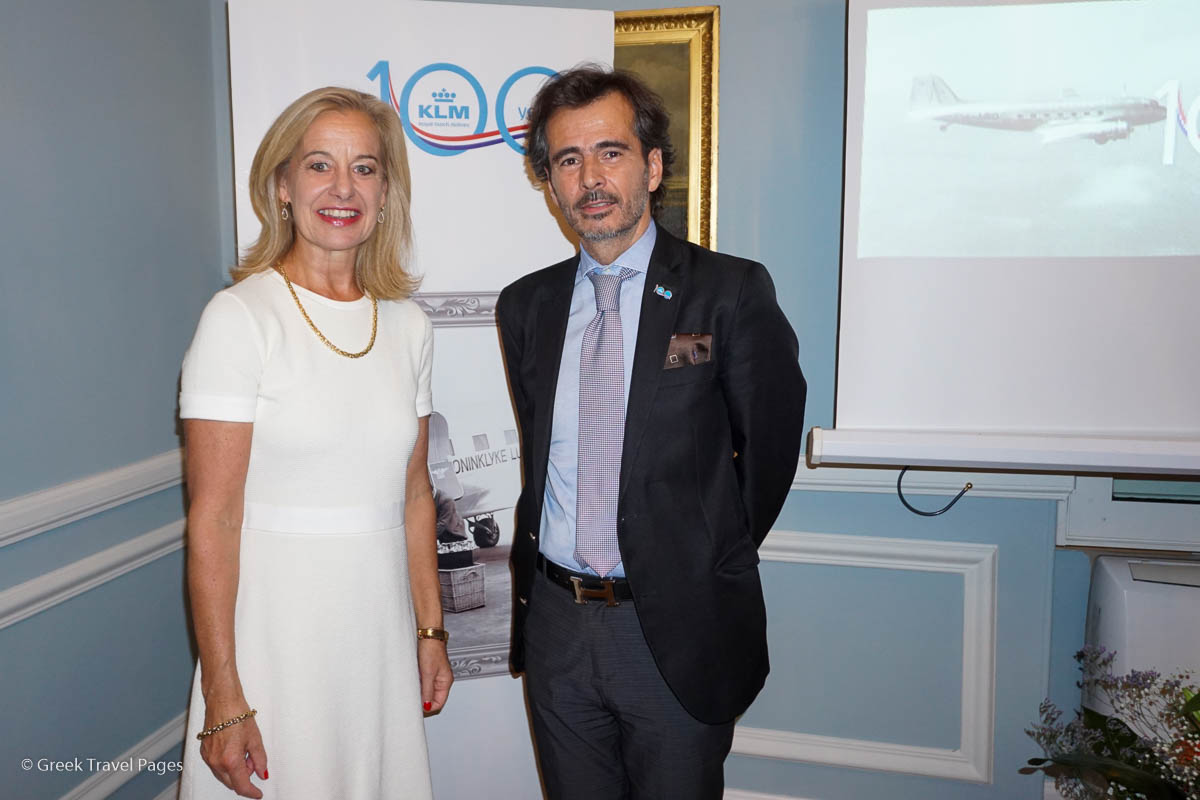 On her part, the new Dutch ambassador to Greece, Stella Ronner, congratulated KLM for being “a leader and an example to follow for others” and applauded its Fly Responsibly initiative, which aims towards a more sustainable future for aviation.

“In 100 years time, alot of things have changed and air travel went from something unusual to something which is really a common mode of transport… In these times, there is worldwide concern about CO2 emissions and I think it is really admirable to see how KLM is looking to the future with their Fly Responsibly program and investments in sustainability,” Ambassador Ronner said. 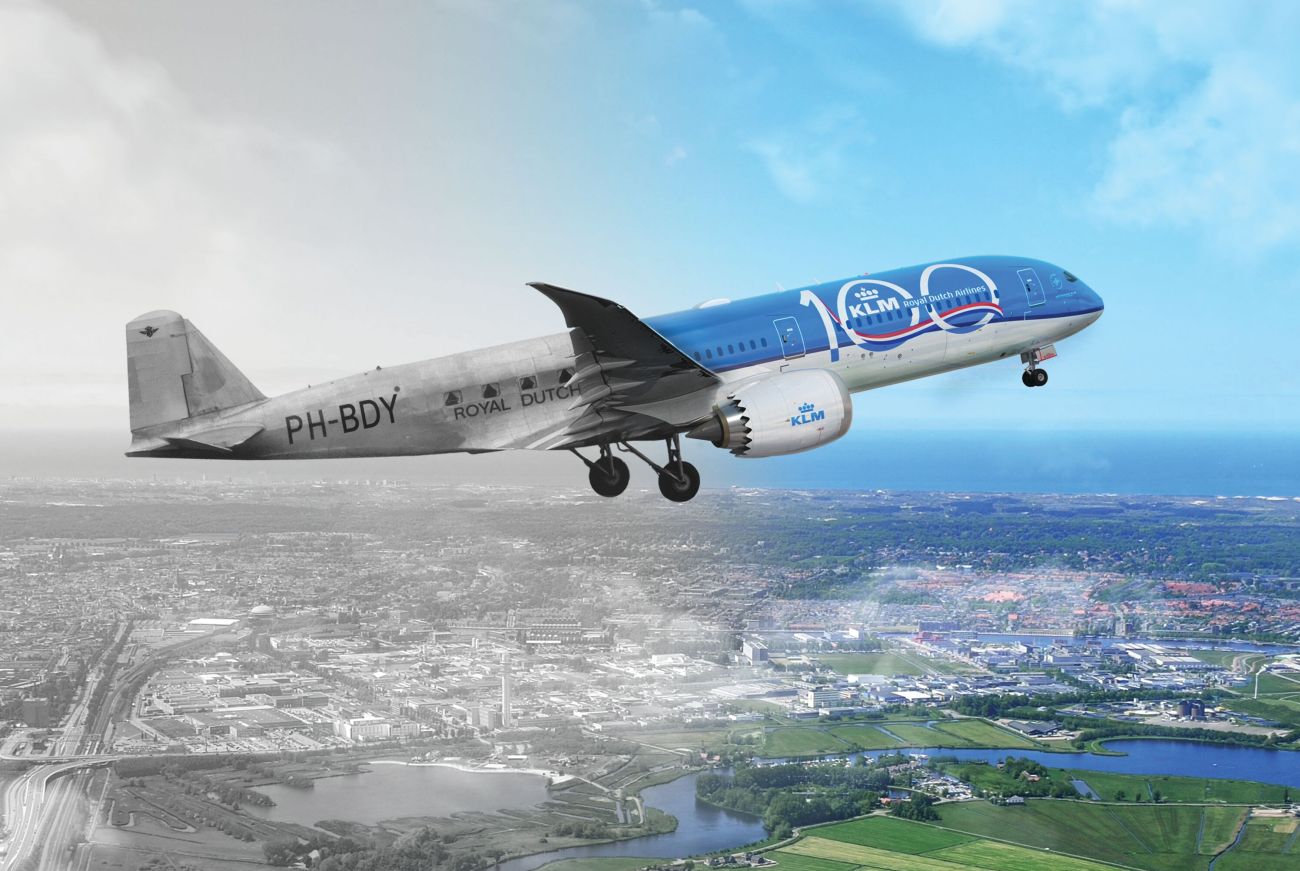 “This is very much in the interest of my embassy, working together with Greece to overcome challenges of the past and getting embarked on the path to sustainable economic growth is really one of the main objectives of my embassy,” she said. 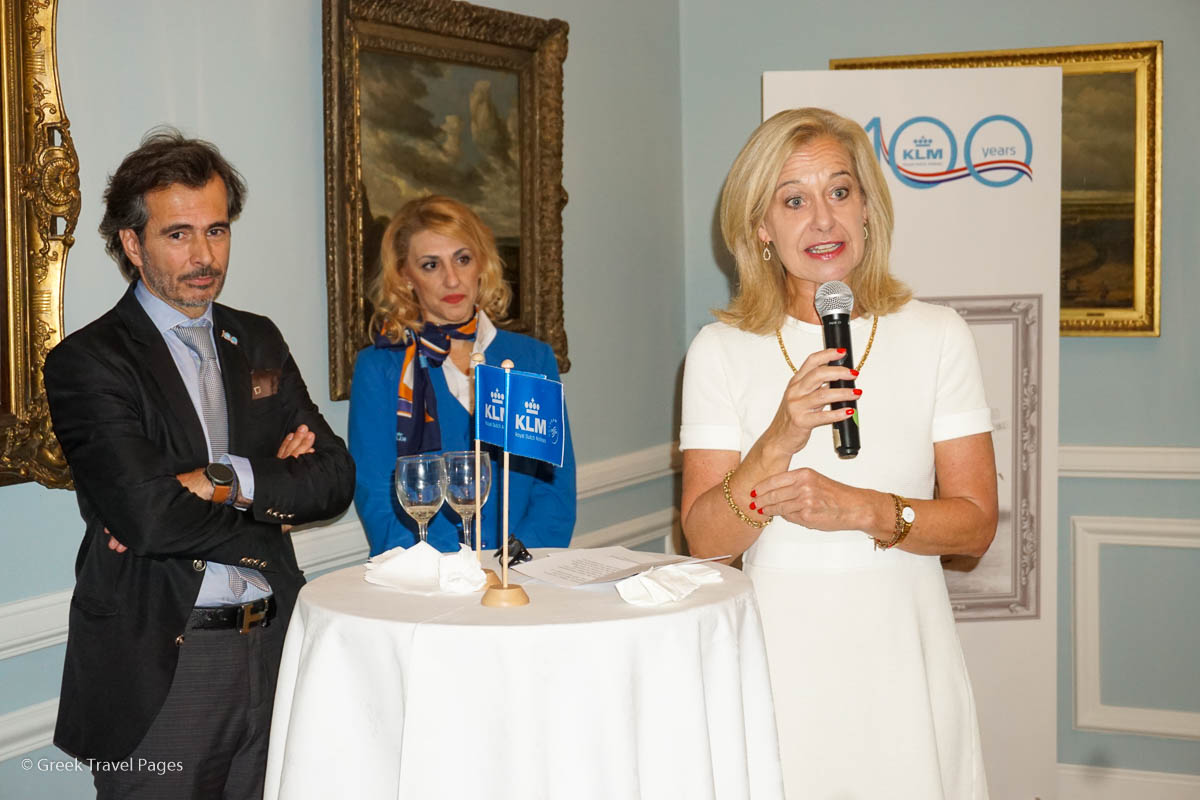 “KLM reached its milestones by seizing the right opportunities, accepting challenges and cooperating with the right partners and embracing innovation,” the ambassador said.

During the event, KLM’s new film that looks back at some of its remarkable history, while showing progress throughout the last ten decades, was screened for the airline’s partners in Greece.