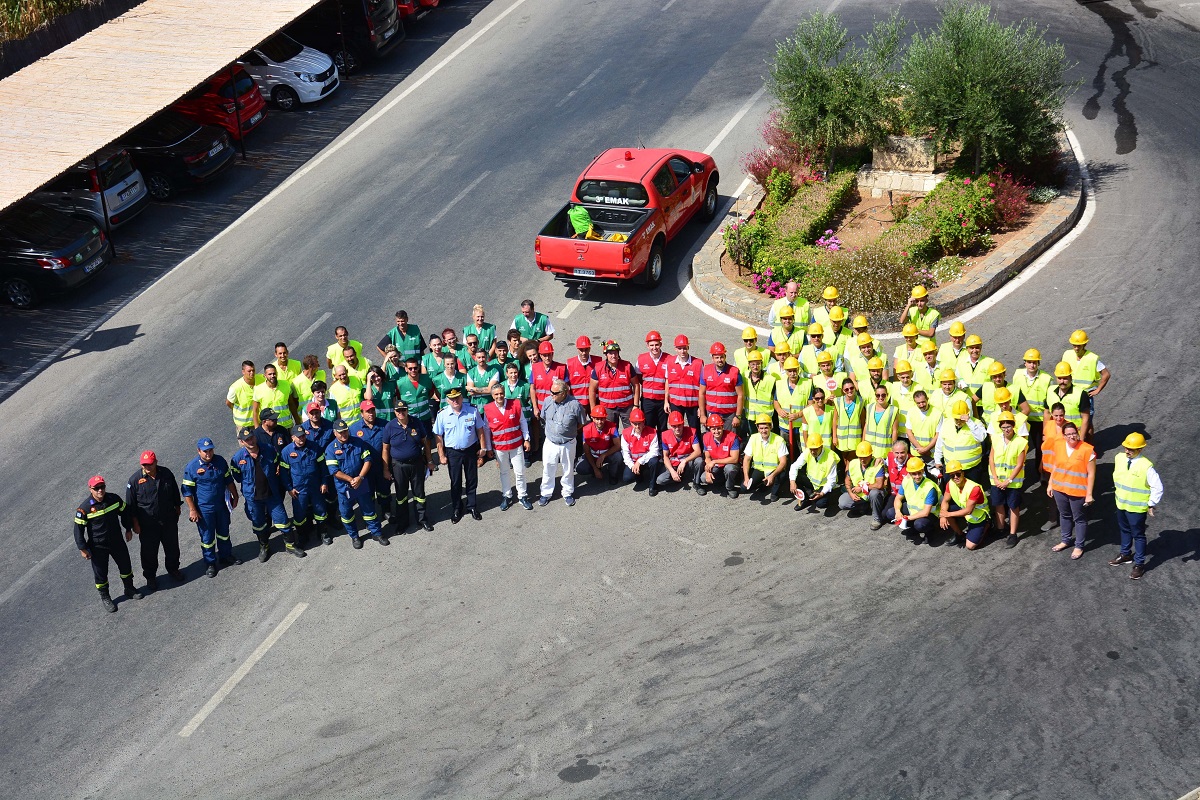 Aiming to ensure the safety of its guests and staff, the Creta Maris Beach Resort on Crete recently held its annual emergency evacuation drill as part of its crisis management program.

The resort held the drill for the eighth consecutive year in its facilities. “Prevention, timely preparation and safety are a priority in the case of an extraordinary natural phenomenon,” the resort’s management said in an announcement

This year’s exercise scenario included the resort’s evacuation due to an earthquake, aiming to maintain the high level of preparedness and further improve the knowhow of the resort’s emergency team. 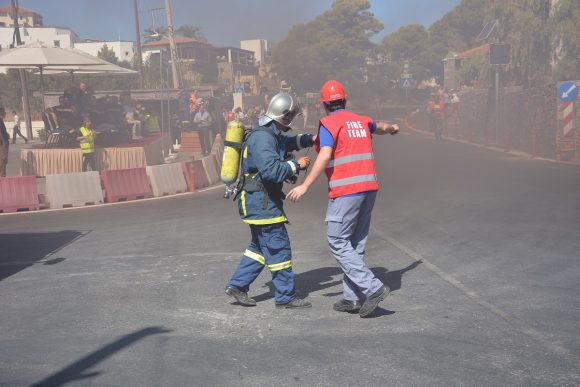 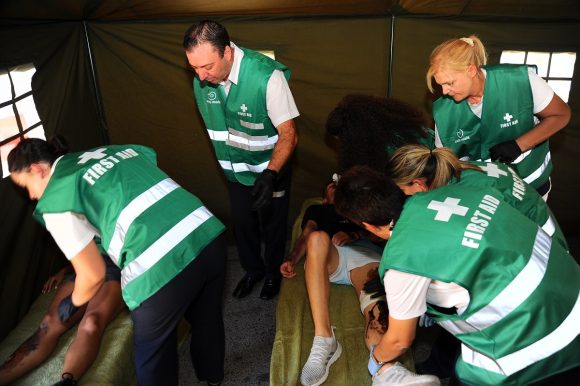 The participation of all major rescue teams, such as the Fire Department, the Hellenic Police Force and the Cretan Medical Center, aimed to ensure the safe transportation of all the resort’s guests to a protected area.

The evacuation exercise was carried out under the supervision of Efthimios Lekkas, professor of the Geology & Geoenvironment Department of the National and Kapodistrian University of Athens. 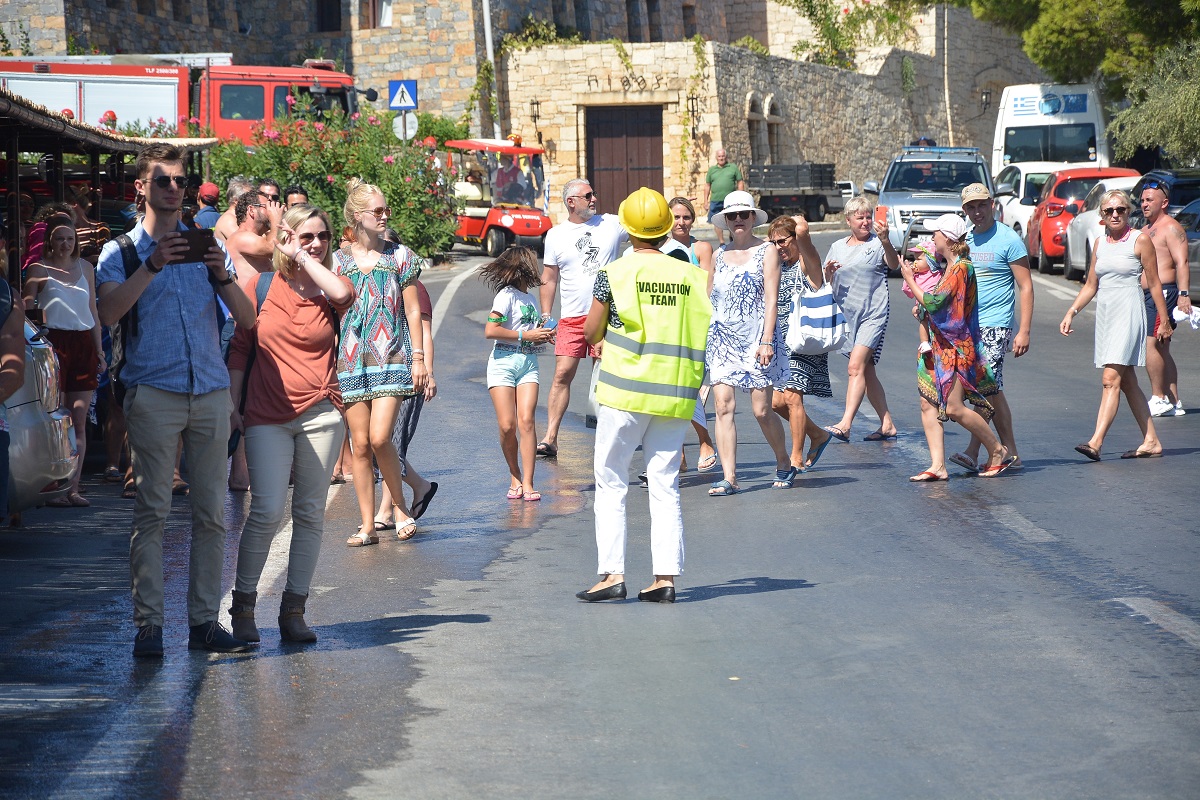 “We use our specialized training and security systems with the aim to be able to respond promptly and effectively in case of an emergency event,” said Creta Maris General Manager Nikos Vlassiadis after the drill. 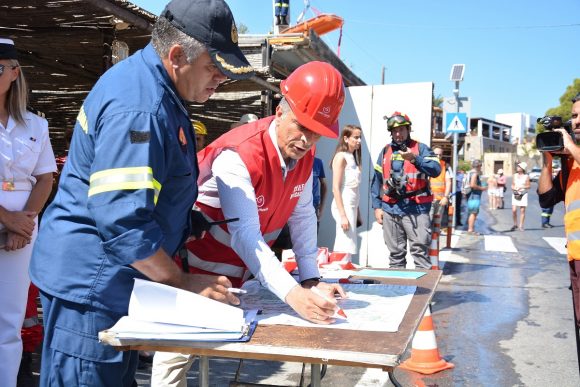 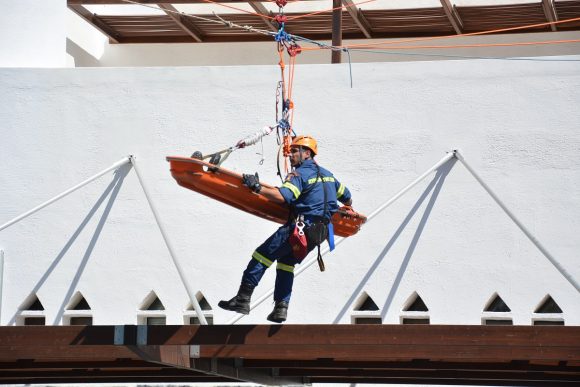 Also present at the event were Greek Deputy Minister of Culture and Sports Lefteris Avgenakis; the Consul of Denmark in Greece, Klavs A. Holms; the General Secretary of Civil Protection, Nikos Chardalias, and the Vice Consul of Great Britain on Crete, Aristea Chourdaki.

After the evacuation drill professor Efthimios Lekkas gave a lecture under the theme, “Management of natural disaster risks in a hotel environment – international and national cases”.