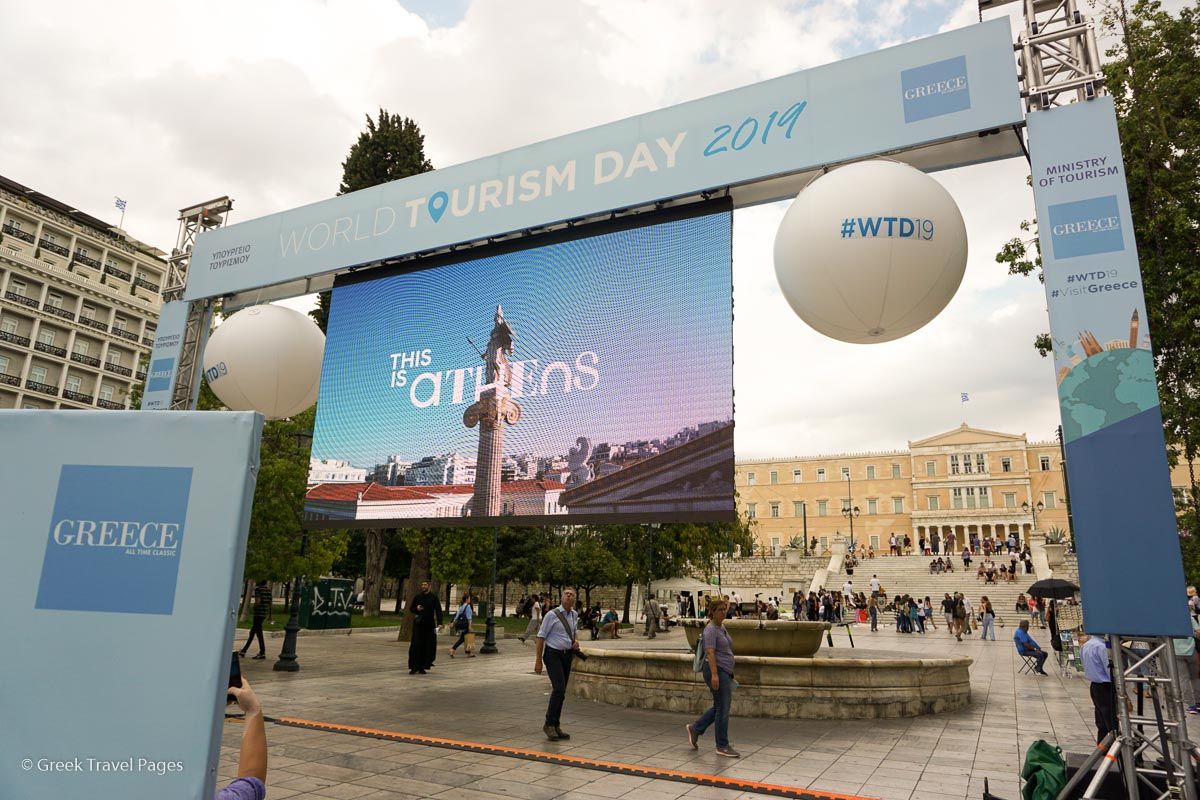 The Greek Tourism Ministry and the Greek National Tourism Organization (GNTO) on Friday celebrated World Tourism Day (WTD) 2019 with an event at Syntagma Square in Athens where everyone was invited.

World Tourism Day, celebrated worldwide since 1980 by the World Tourism Organization (UNWTO) and commemorated annually on September 27, was celebrated this year on the topic “Tourism and Jobs: a better future for all”.

During the event at Syntagma, printed travel information, t-shirts, hats and handbags were distributed to Greeks and tourists in the square. A draw also took place for two free airline tickets for a trip to a Greek destination. The event, which was hosted by Greek celebrity Yiorgos Lianos, included the screening of videos of Greece on a giant video-wall in the center of the square. 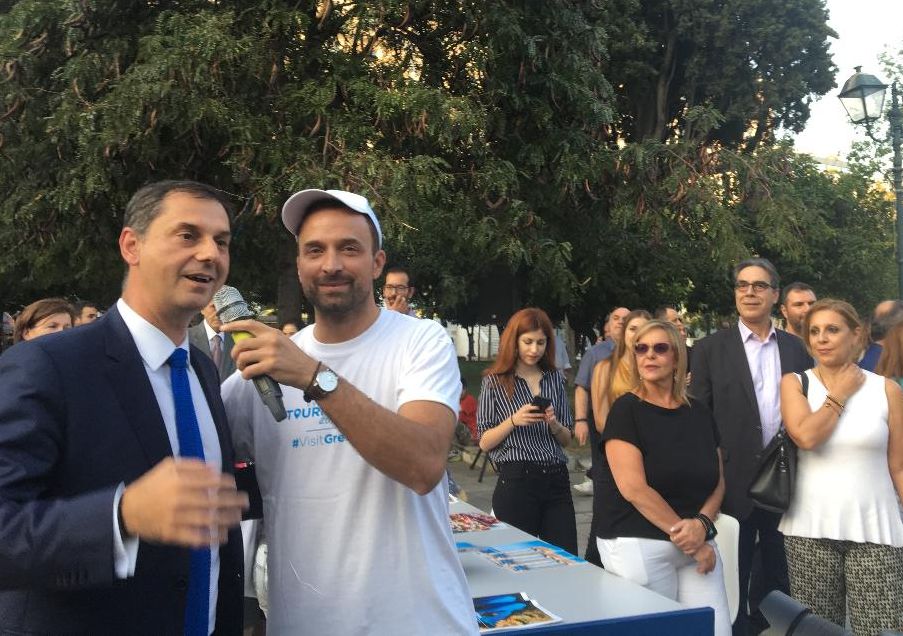 Staying in line with the UNWTO’s topic for World Tourism Day, Greek Tourism Minister Harry Theoharis highlighted that the government will build on the dynamics of tourism for Greece and employees through new policies to help the industry produce more and better jobs with a focus on the younger generation.

“The role of technology, innovation, education and collaboration will be central to this effort. To create the jobs of the future in tourism, to boost the knowledge and skills that meet the real needs of the industry, and to stimulate entrepreneurship, we will take a holistic approach, together with all public and private stakeholders,” he said.

Konsolas: Tourism is a ‘Creative Greece’ 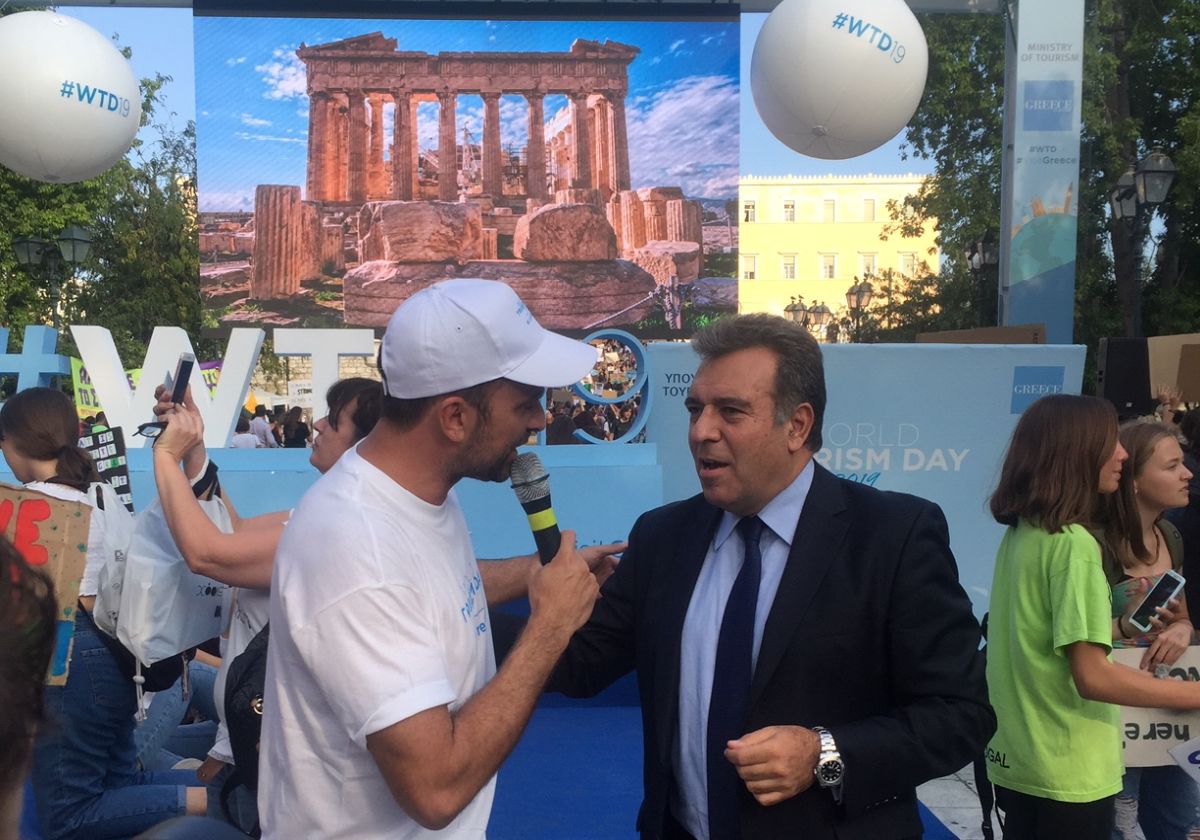 On his part, Deputy Tourism Minister Manos Konsolas said that for Greece, World Tourism Day is “inextricably linked” to the concept of development and creation.

“This is exactly what tourism expresses – Creative Greece… Tourism is our heavy industry, our champion team that reaches higher and higher… It is the sector that contributes to GDP growth, to employment,” the deputy minister underlined in his official message on the occasion of WTD.

“It is our responsibility to shape the conditions for tourism to continue to be the great comparative advantage of this country. By reducing tax burdens and attracting large-scale investments, supporting entrepreneurship and substantially upgrading tourism education, training and lifelong learning.” 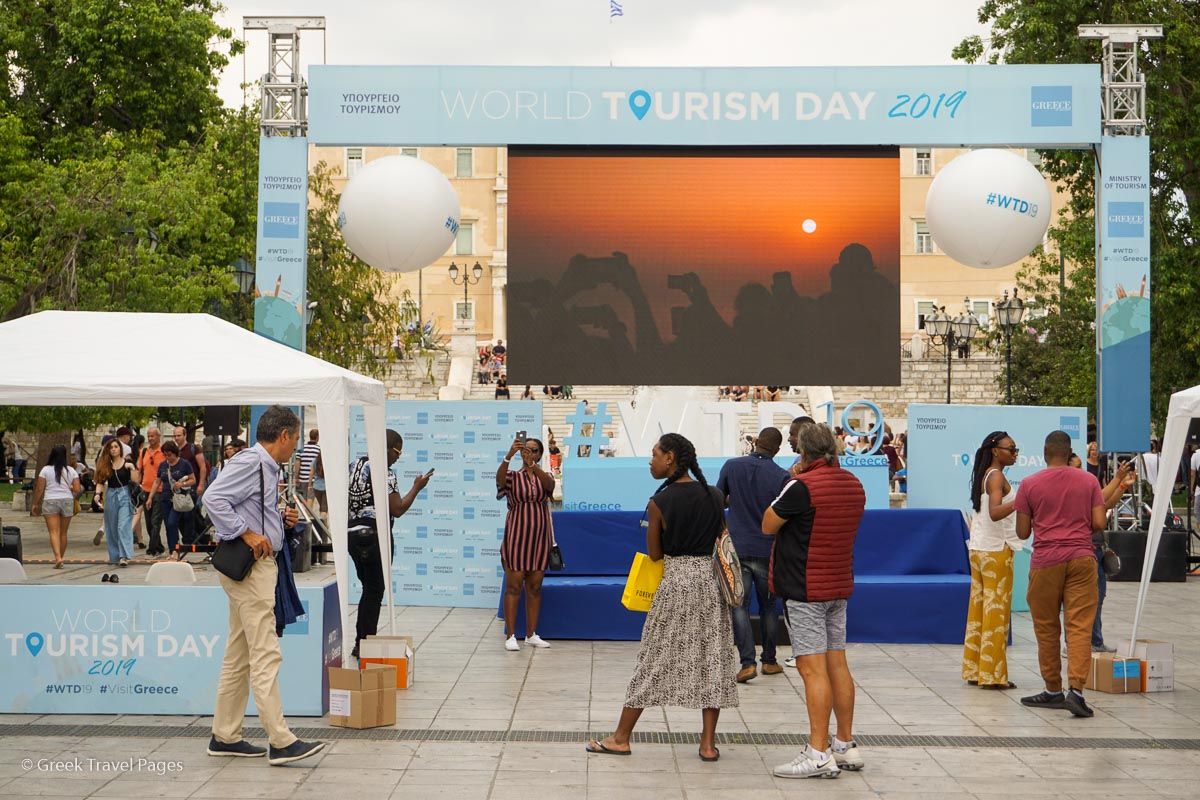 Speaking for the GNTO, the organization’s president, Angela Gerekou, noted that tourism for Greece is an essential part of domestic GDP and contributes greatly to the country’s economy. “Τherefore, it is a priority to have good and productive employment conditions in the tourism sector and to improve education,” she said.

“World Tourism Day this year is being celebrated in the shadow of the Thomas Cook crisis, however, Greece has solid foundations in tourism and will surpass this target with planning and lots of work,” he said. 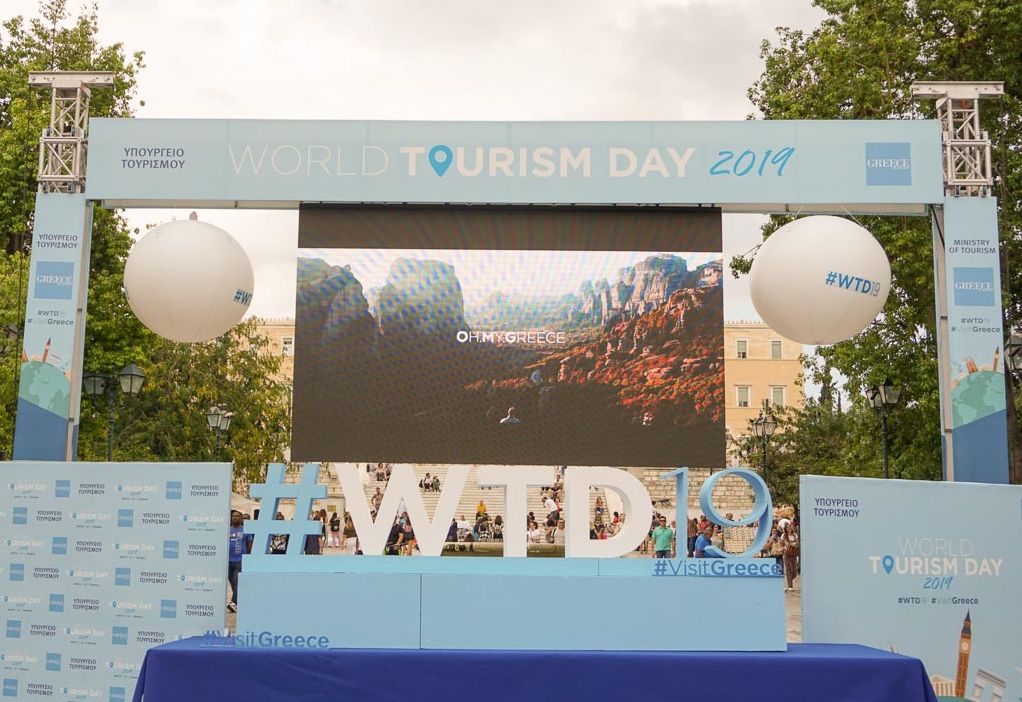 During the WTD event, videos of Greece were screened on a giant videowall, including Marketing Greece’s much-talked about promotional video “Oh my Greece – Unlock the feeling”.

As part of this year’s World Tourism Day celebrations, the tourism ministry assured free entry to the Acropolis archaeological site from 9 am to 12 noon on Friday. The entrance to the Acropolis Museum was also free during 5-10 pm.

As underlined by the UNWTO, the purpose of WTD is to foster awareness among the global community of tourism’s social, cultural, political and economic value and the contribution the sector can make in reaching the Sustainable Development Goals.

This year’s official celebrations for WTD were held in New Delhi, India.