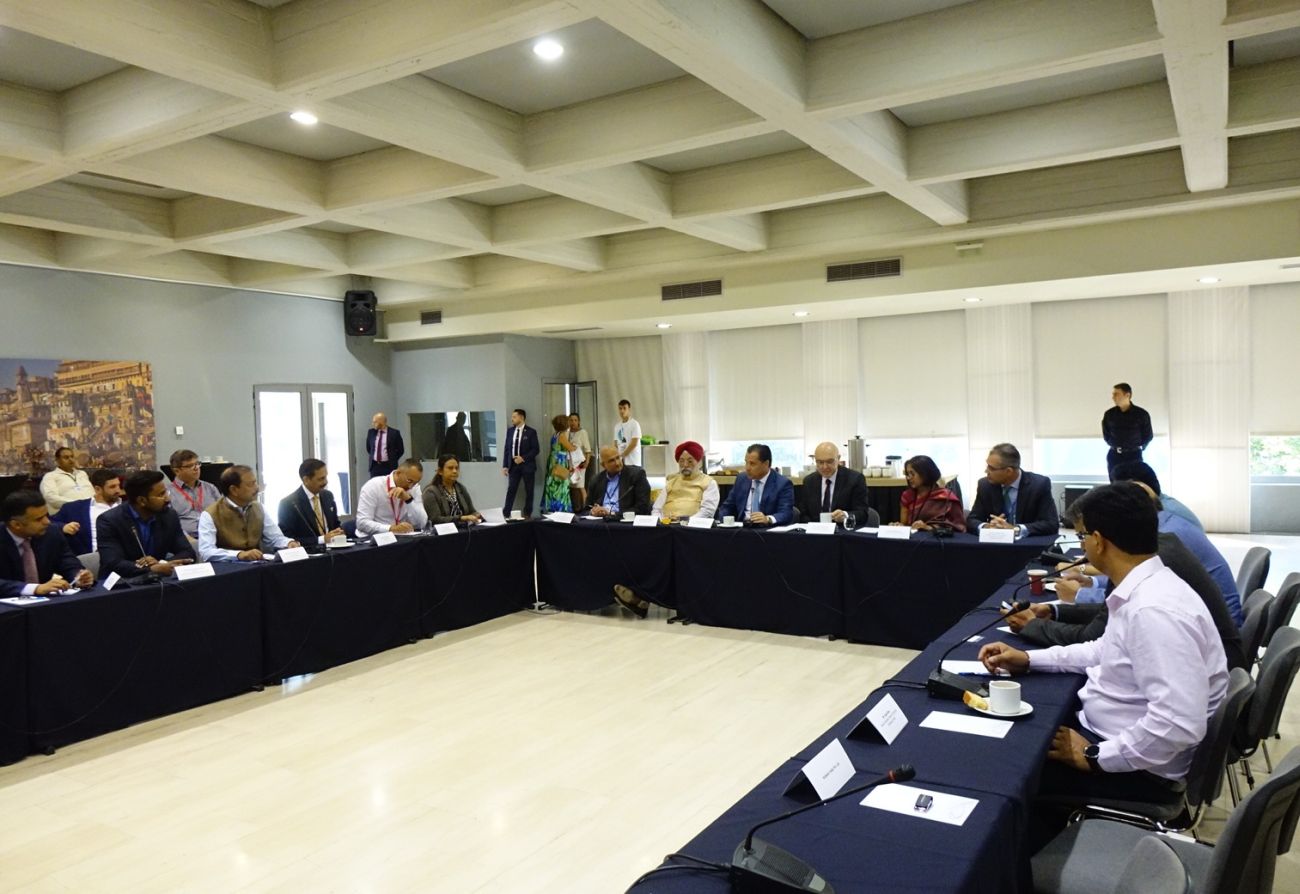 The Greek government is open to building partnerships between Greece and India in various productive sectors, including agriculture, logistics and technology, according to Development and Investment Minister Adonis Georgiadis.

In a meeting in Thessaloniki on Sunday with India’s Minister of Commerce and Industry, Shri Hardeep Singh Puri, Georgiadis discussed the prospects for economic, trade and investment opportunities between Greece and India. 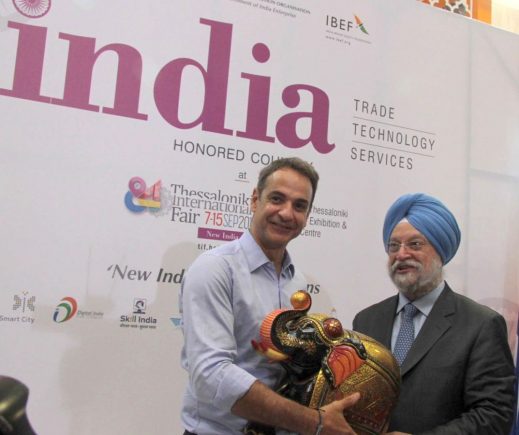 During the meeting, Shri Hardeep Singh Puri noted that relations of the two countries are marked by a long friendship and cooperation, which can be further expanded. He also referred to the prospects for the growth of Indian businesses in the wider area of ​​South East Europe.

Also present at the meeting was Greece’s Deputy Minister of Foreign Affairs Konstantinos Fragogiannis who underlined that the development of tourism, shipbuilding and IT services are just some of the potential areas of joint cooperation between the two countries.

It is reminded that India has already expressed interest in investing in Greece. In 2016 the country’s GMR Airports Limited (GAL) became part of the consortium selected to construct and operate the 850 million euro Kastelli airport in Heraklion, Crete.

The meeting was held on the sidelines of the 84th Thessaloniki International Fair (TIF), organized by TIF-Helexpo. India is the honored country of this year’s fair.

According to TIF-Helexpo, the size of India’s economy is expected to reach $5 trillion in 2025 and Greece, a European Union and Eurozone member country that is located at the crossroads of three continents, could serve as a base for the presence of Indian enterprises in Europe.

Indian companies have been internationally distinguished in recent years in key areas such as aerospace, pharmaceuticals, energy, shipping, tourism, metal mining and food. 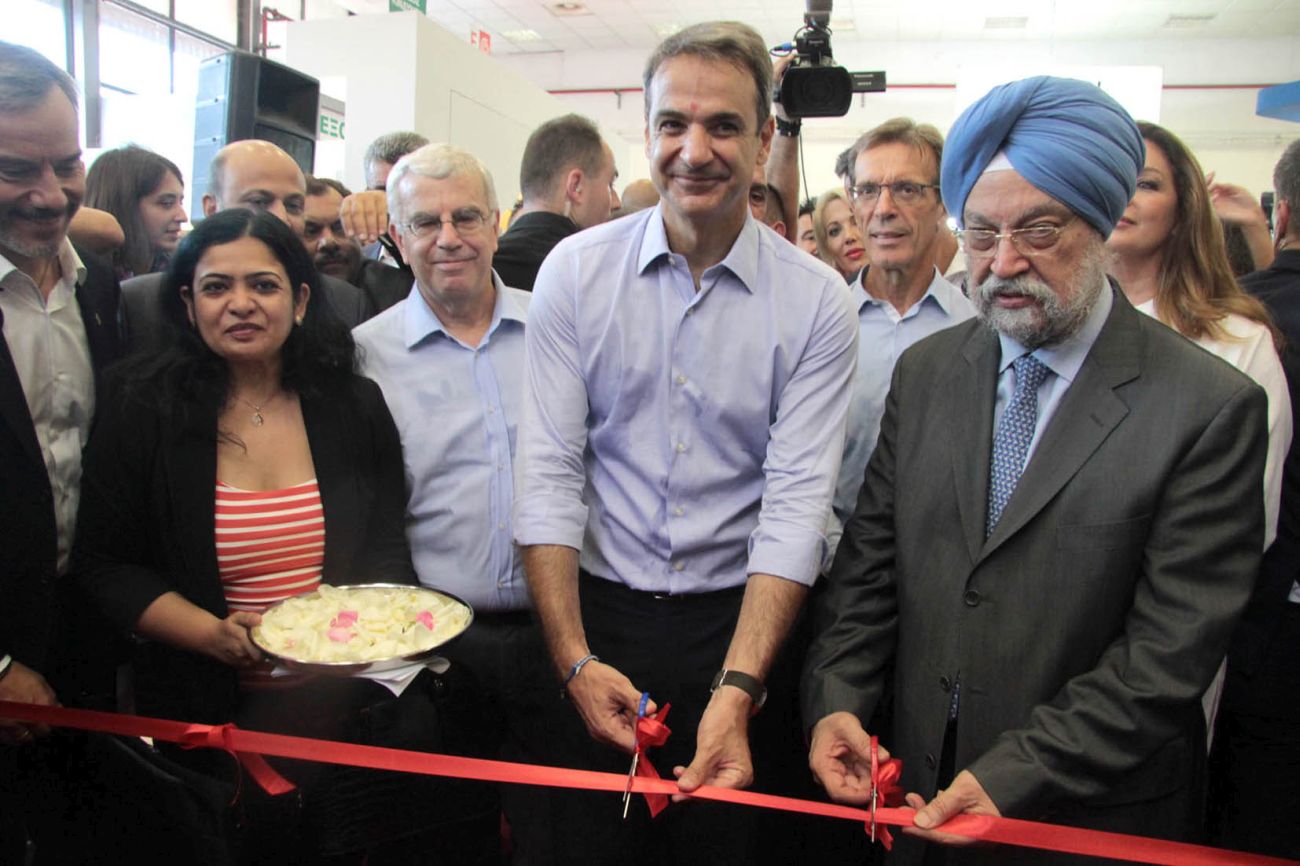 On the opening day of the 84th TIF on Saturday, Greek Prime Minister Kyriakos Mitsotakis visited the stand of India and made statements regarding the close relations Greece has with the country. The Greek PM underlined the significant possibilities for the countries to further strengthen ties.

The Indian Ambassador to Greece Shamma Jain also addressed the occasion and noted that the 84th TIF will mark a new beginning in Greek-Indian relations. 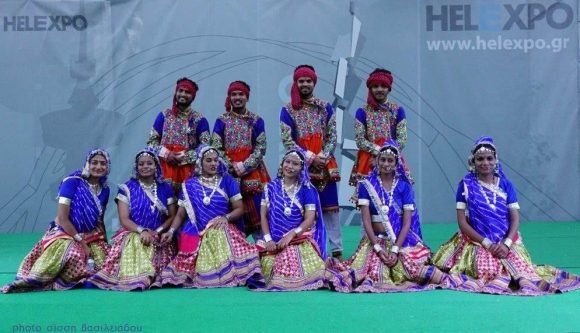 As the honored country, India is part of many events taking place during the 84th TIF. On Monday, various events focusing on Bollywood took place on the exterior stage of venue 13 of the Thessaloniki Exhibition Center.

Kicking off the events dedicated to India was a special show by the organizers of the Haute Monde/Mrs India World Wide 2019 beauty pageant that is scheduled to take place October 10-20 in Halkidiki.

The 84th TIF will run until September 15.