Passenger traffic at Athens International Airport (AIA) reached a record in August, at 3.04 million, up by 5.2 percent compared to 2.88 million during the same month in 2018. 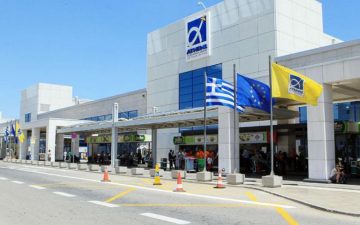 “This is the first time that the airport’s monthly passenger traffic exceeds the threshold of 3 million,” AIA said.

According to data released by the airport, international passengers significantly increased by 8.1 percent and reached 2.12 million, while the number of domestic air travelers dropped by 1.1 percent to 915,008.

Overall, during the January – August period, the airport’s passenger traffic reached 17.28 million, exceeding respective 2018 levels by 6.7 percent, with both domestic and international traffic seeing an increase of 2.2 percent and 8.8 percent respectively.