On occasion of the bicentennial celebrations commemorating the 1821 Greek War of Independence set for 2021, Greek Prime Minister Kyriakos Mitsotakis will request from his British counterpart, Boris Johnson, to initially lend the Parthenon Marbles to Greece as a first step toward their permanent return, the Observer reports.

Greece is stepping up efforts to bring back treasures removed from the country over the centuries, including the Parthenon sculptures on show at the British Museum since 1816. Speaking to UK Sunday paper last week, Mitsotakis said that Greece would be willing to lend the UK in return artifacts and treasures that have never before been displayed in public abroad. 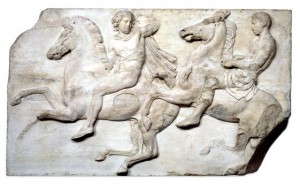 “Our wish and ambition is to create the necessary conditions for Greek cultural heritage to travel the world and in so doing convey the great and essential contribution of our country to western civilization,” Mitsotakis said.

“In this context, given the significance of 2021, I will propose to Boris: ‘As a first move, loan me the sculptures for a certain period of time and I will send you very important artifacts that have never left Greece to be exhibited in the British Museum’.”

Perfect Timing for the Marbles’ Return

“It’s perfect timing,” the Greek PM goes on to note.

Similar to Mitsotakis proposal in Paris last week, when France’s president Emmanuel Macron agreed to return a section (frieze) of the Louvre-based Parthenon sculptures, the Greek PM suggested a show of never-before exhibited in London finds at the British Museum. 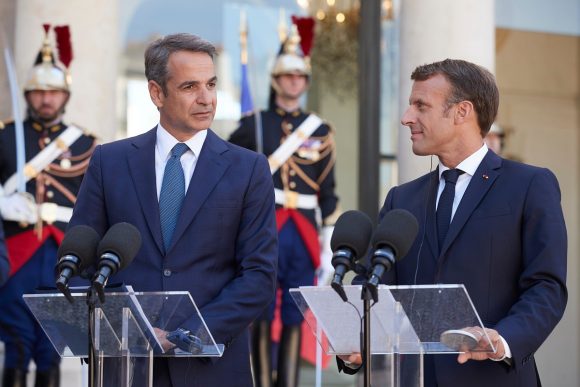 Mitsotakis further underlined that Greece continues to call for the permanent return of the Parthenon treasures to their birthplace, adding that Britain’s insistence on not doing so will be a “lost battle”.

“Our demand for the return of the sculptures remains in place. I don’t think they should be fighting a losing battle,” said Mitsotakis, adding that there will eventually be “mounting pressure on this issue”.

The Greek prime minister went on to cite Greece’s strongest argument, that the Acropolis and its sculptures do not belong to Greece but to the world. “It is a monument of global cultural heritage. But if you really want to see the monument in its unity you have to see what we call the Parthenon sculptures in situ … it’s a question of uniting the monument,” he explained.

Meanwhile, it should be reminded that a 2017 YouGov poll published by UK daily the Independent, found that 55 percent of the British public supported the return of the marbles to Greece, with 21 percent saying they should remain in Britain.

At the same time, a 2014 YouGov survey for The Times found that only 23 percent of Britons believe the sculptures that once adorned the ancient Parthenon should remain in London’s British Museum. This poll was conducted a few days after the British Museum decided to lend a Parthenon sculpture to Russia’s State Hermitage Museum – an action that angered the Greek government. 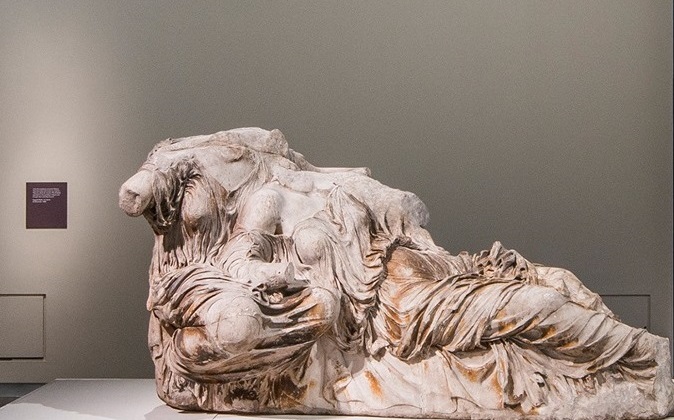 Greece has repeatedly appealed for the return of the 2,500-year-old marble sculptures that once adorned the Parthenon facade on the Acropolis in Athens, and were removed in the 1800s and sold by Lord Elgin to the British Museum in 1816. The issue has been the subject of dispute since then.