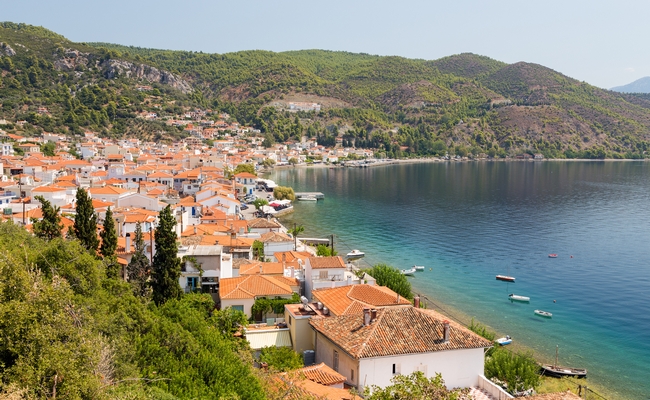 Evia hoteliers are calling on the government to support them in restoring tourism flows following the massive fire that devastated the island earlier this month.

Miltiades Chelmis, president of the Evia Hoteliers Association, accompanied by Evia MP Spyros Pnevmatikos, met this week with Tourism Minister Harry Theoharis and his deputy Manos Konsolas to inform them of the damage to the island’s tourism industry following the August 13 blaze. 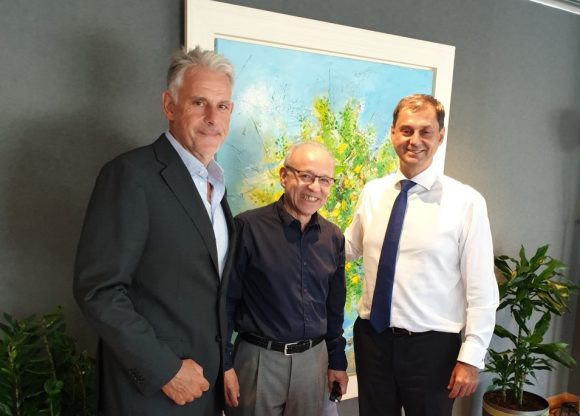 Chelmis called on the minister to take immediate action to restore the island’s reputation in view of next year’s tourism season, particularly as the fire occurred during the peak season this year in mid-August leading to large-scale booking cancellations and financial losses.

The association submitted to the minister a series of proposals and recommendations which include the enhanced promotion via ministry and GNTO social media of the island as a tourist destination and securing funding for marketing purposes – to also include fam trips for travel and tourism media, agents and operators.

Theoharis said he would be examining the proposals with GNTO officials.

Evia hoteliers have repeatedly noted that the island, Greece’s second largest, has been under-promoted and in many cases its potential underestimated. 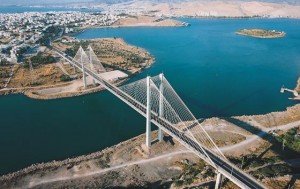 The Halkida bridge connects Evia with the mainland of Greece.

Chelmis also suggested tapping into silver tourism, referring to Evia’s main advantage: accessibility as it is near Athens and can cater to the needs of visitors seeking sea and sun, mountain holidays or adventure travel. He did underline however that in order to extend the tourism season on the island upgrading infrastructure was crucial.

The association has also scheduled a meeting with the economy minister.

Meanwhile, the extent of the August 13 wildfire damage on the island was recorded via drone images by the UpDrones team:

Fanned by gale force winds and high temperatures, the blaze ravaged over 2,300 hectares of land and large parts of a densely-forested nature reserve burning to ashes the pine-covered area between Psachna, Makrymalli and Kontodopti villages.