ETC: Greece Sees High Growth in Visits from US, France, UK in Early 2019 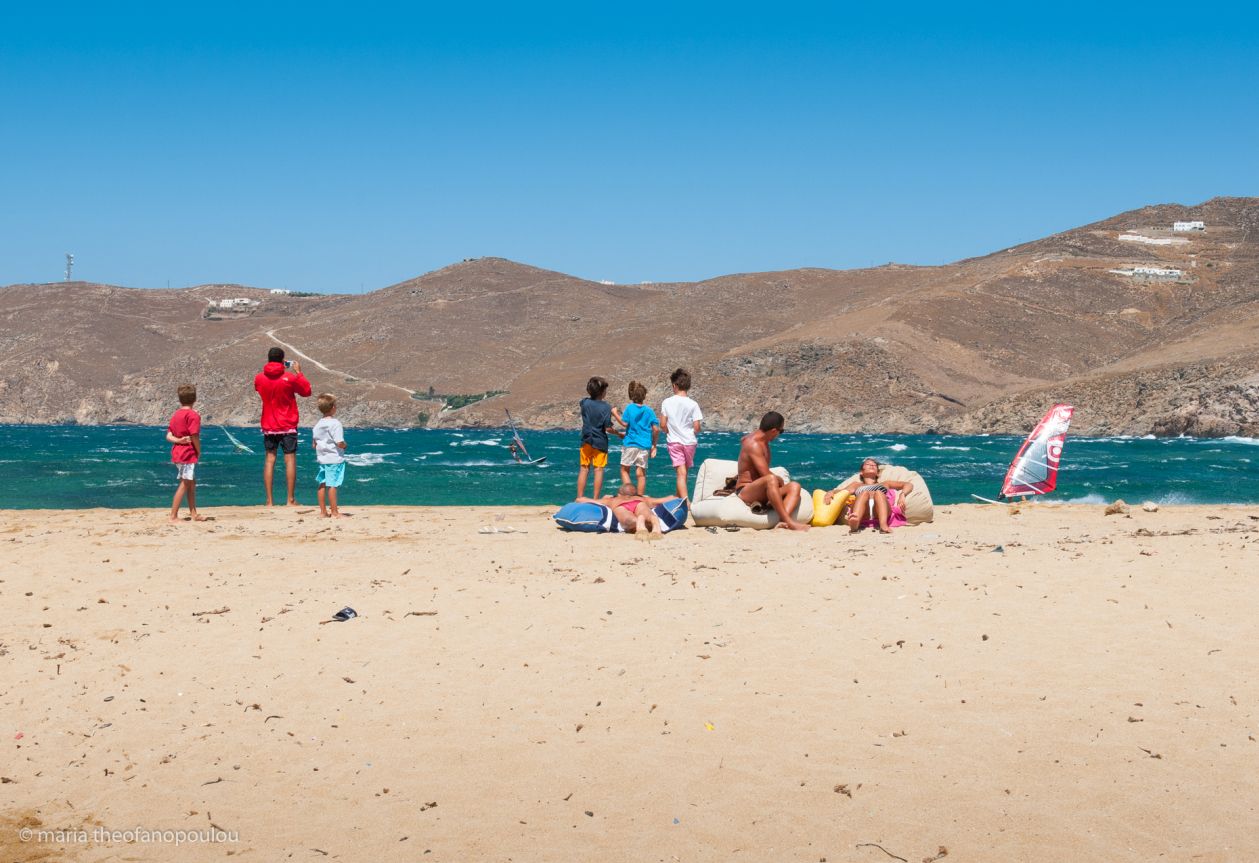 Greece was the fastest growing destination for demand from the United States during the first months of 2019, according to the European Travel Commission’s (ETC) latest report, “European Tourism – Trends & Prospects (Q2/2019)”.

The country also enjoyed the highest rate of demand growth from France and was the strongest growing destination for travelers from the United Kingdom. 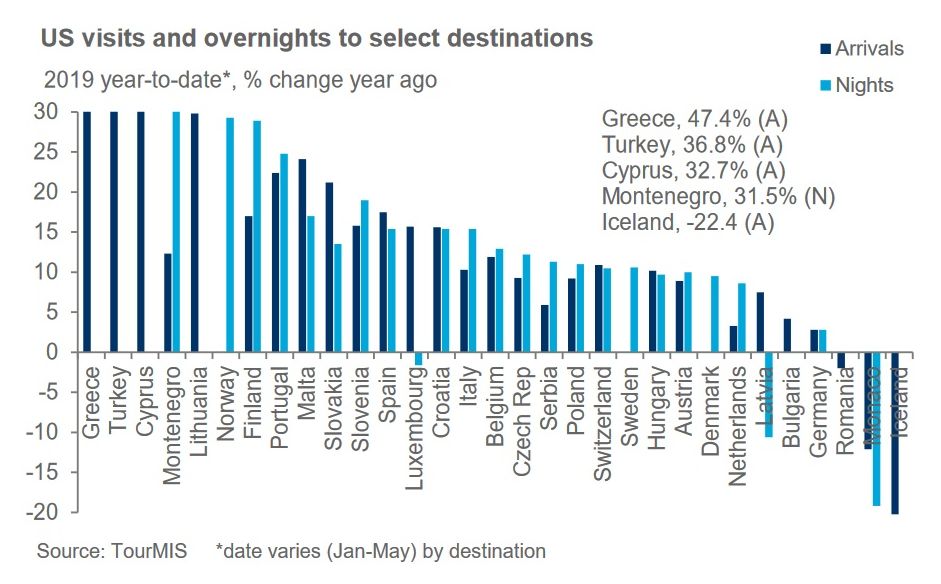 According to the ETC, Europe remains an attractive destination for US travelers on account of a strong dollar relative to both the pound and euro compared to a year ago.

“This makes much of Europe more affordable and attracts demand accordingly,” the ETC said.

Regarding the fact that Greece, Turkey, and Cyprus were the fastest growing destinations for US demand in early 2019, the ETC said that their simultaneous growth suggests their fortunes may be linked via their proximity to one another.

“The strength of the dollar as well as Norwegian’s new non-stop service between Athens and New York should unlock and sustain further growth in the region,” the ETC said. 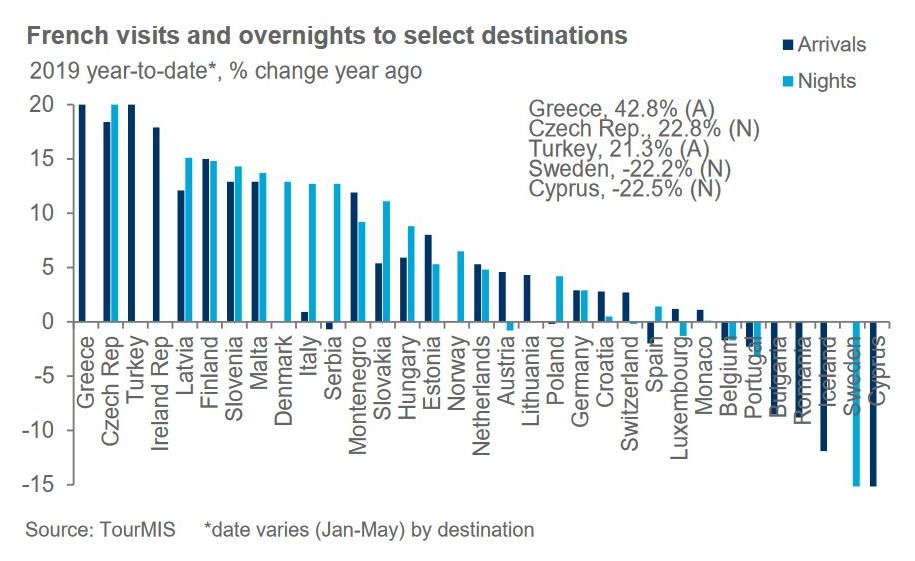 Greece was also reported to have enjoyed the highest rate of demand growth from France (+42.8 percent), according to the ETC’s data.

“This was driven by an increase in flights from France to Greece this year following discussions between Greece’s Tourism Minister and leading representatives of the French travel market in Paris last year in conjunction with tourism industry trade fair IFTM Top Resa 2018.” the ETC underlined.

The ETC also provided data that showed Greece as the strongest growing destination for UK travelers, with arrivals from Britain up 41.8 percent in the first three months of the year. 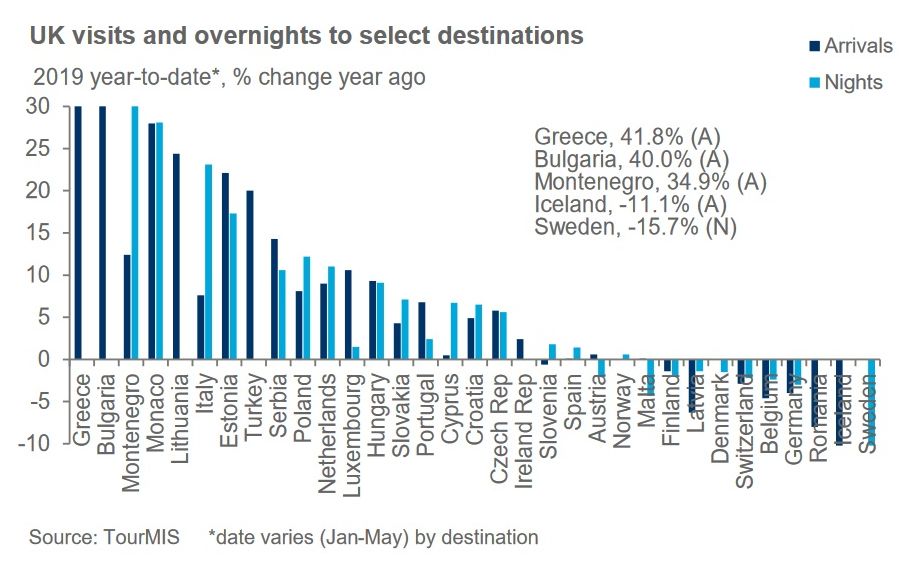 Strong growth in arrivals from Russia

“Strong growth in arrivals was seen in Greece (+89.9 percent) and Turkey (35.5 percent), supported by the Greece-Russia Year of Tourism and the Turkey-Russia Culture and Tourism Year respectively,” the ETC said.

ETC: Greece is a ‘star performer’ 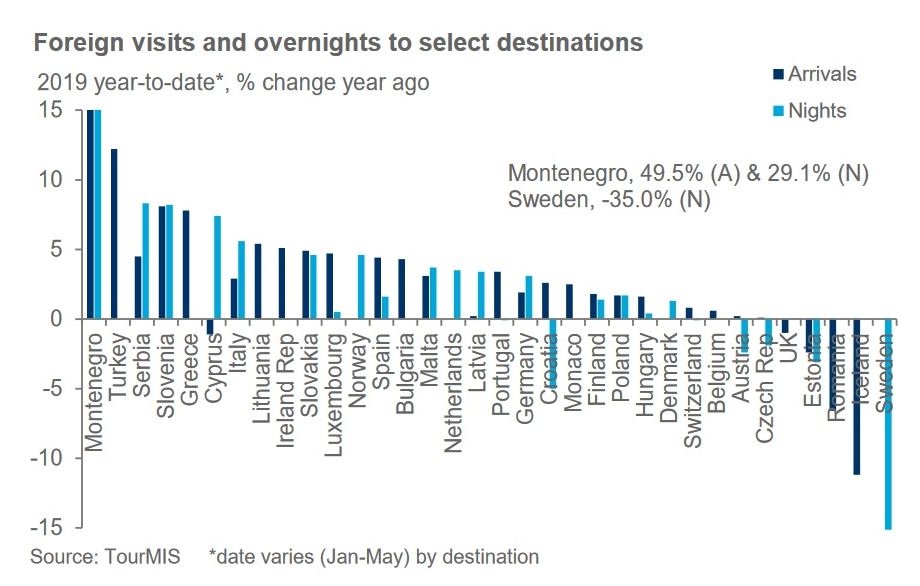 In its report, the ETC said that virtually all reporting destinations registered significant increases in tourist arrivals early in the year, although data into the summer months will provide a more stable picture of yearly performance.

The only destinations that have posted double-digit expansions so far this year are Montenegro (+50 percent) and Turkey (+12 percent).

However, according to the ETC, “star performers” were also Slovenia and Greece (both +8 percent); following almost five years of solid growth.

“2019 prospects for Greece are positive despite the return of competing destinations,” the ETC said in its report.

Commenting on demand for European tourism in general, the ETC said it is expected to maintain an upward trajectory over 2019.

“However, growth rates by destination are slower than in previous years. The region will struggle to remain resilient as trade tensions disrupt the global economy. While Europe’s largest long-haul markets continue to support tourism growth, the contribution from intra-European demand will become even more significant.”

Greece Strives to Attract Tourists Back to Samothrace