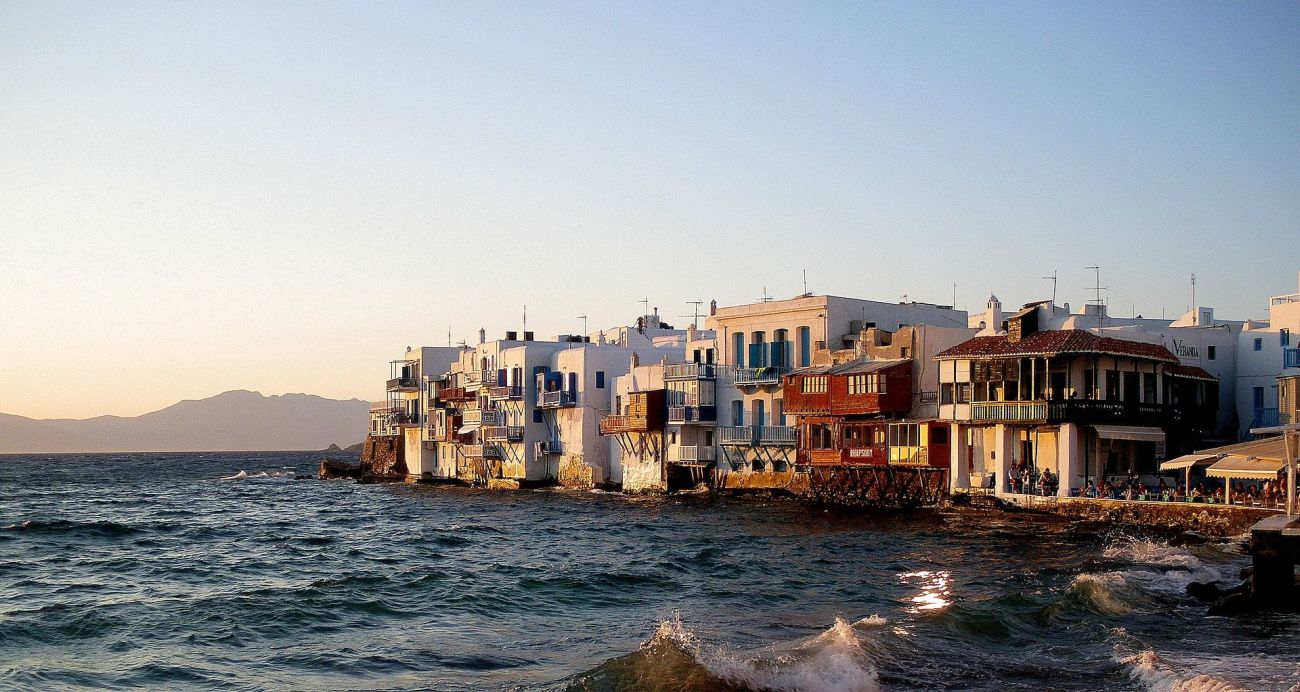 Among the world’s favorite jet set destinations, Santorini, Ibiza and Sardinia appear to have decreased their hotel rates, aiming to attract more travelers, while the Cycladic island of Mykonos continues to hold strong, according to data released by the Greek Tourism Confederation’s (SETE) research body, INSETE, in collaboration with online hotel services provider trivago.

Despite the declines elsewhere, Mykonos continues to be among the most expensive Greek destinations with luxury (5-star) room rates starting from 542 euros per day compared to 485 euros a year ago. 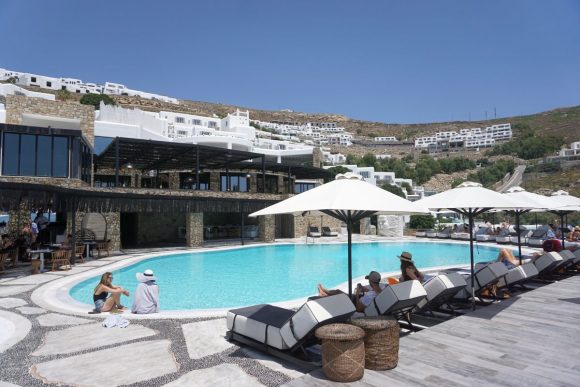 Prices for exclusive accommodation on Mykonos rose during the peak July-August period, with villa rents going for as much as 11,500 euros a week on average.

According to the same data, hotel room rates appeared to have dropped at all other destinations in all categories by as much as 30 euros.

With regard to 4-star hotels in the Mediterranean, the Cyclades hold the highest booking rates at 281 euros, followed by Mallorca at 169 euros, Istria – 163 euros, and Crete – 141 euros. 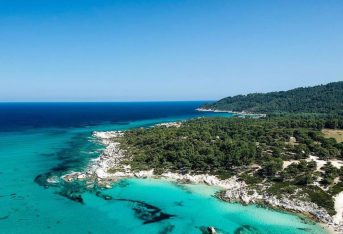 On the Ionian islands, rates were at 130 euros, in Halkidiki at 126 euros and in the Dodecanese at 117 euros. The lowest rates were in Antalya at 85 euros.

It should be noted, that according to INSETE data, UK travelers were first in terms of Greece bookings for the third consecutive month, followed by the Italians and the Germans.

At the same time, the INSETE bulletin revealed a decline in hotel occupancy rates, earnings and early bookings in Greece, compared to 2018, despite an increase in tourist arrivals and revenues this year.

US Travelers Back in Greece Spending More