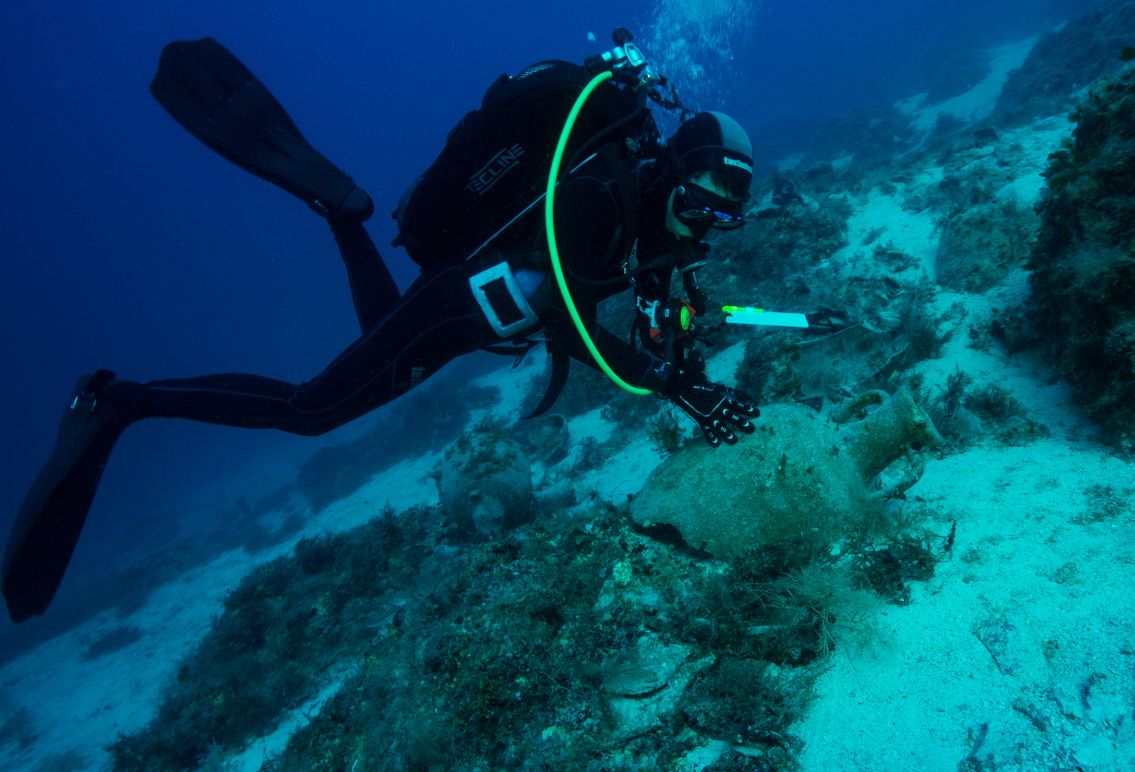 Five 2,000-year-old shipwrecks have been discovered near the Greek islet of Levitha with very “significant” finds, according to the Greek Culture Ministry. 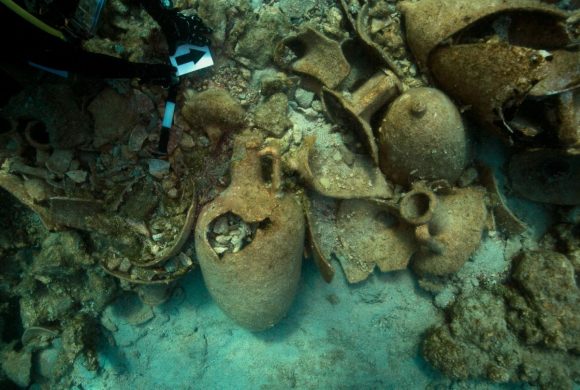 The ships were believed to be transporting goods as indicated by the number of amphorae found together with a huge anchor, uncovered during excavations being carried out by the Greek Ephorate of Underwater Antiquities.

The granite anchor pole, found at a depth of 45 meters and dating possibly to the 6th century BC, weighs 400 kilos and indicates the use of a “colossal-sized” sea vessel. Archaeologists say it may be the largest stone pillar from the Archaic Period ever found in the Aegean.

Dating to the 3rd century BC, the amphorae appear to be from the North Aegean region, the islands of Knidos, Kos and Rhodes, as well as from Phoenicia and Carthage. 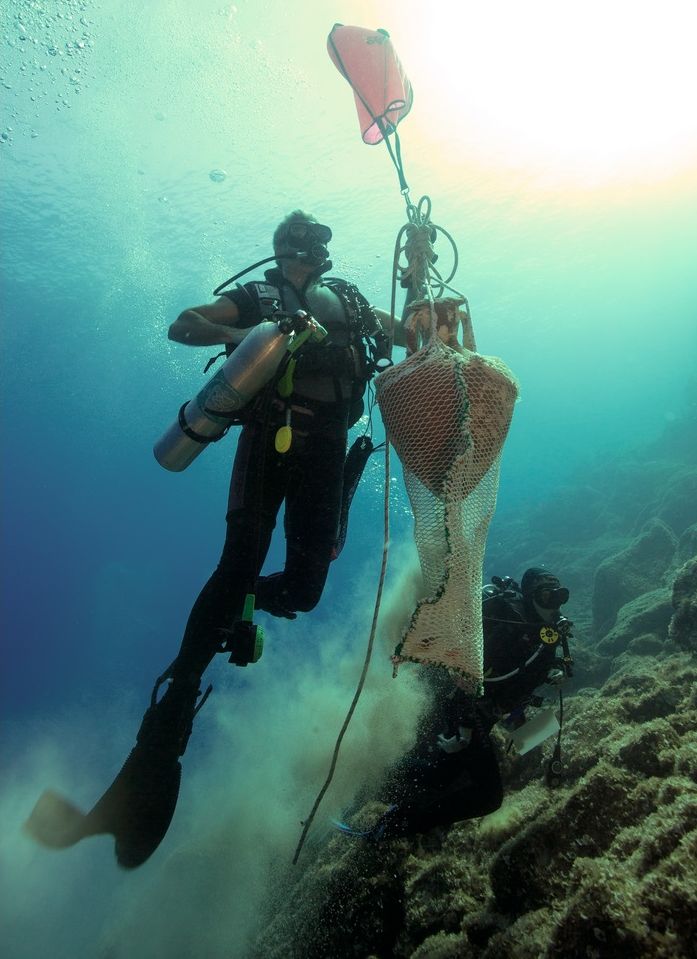 Referred to by Ovid and Strabo, Levitha is located in the Aegean Sea, between the Greek islands of Amorgos and Leros, in the Dodecanese.

Levitha is part of a four-island complex in the midst of an important for the times sea trade zone. Underwater excavation works for the identification and documentation of the ancient shipwrecks in the area will be carried out through to 2021.