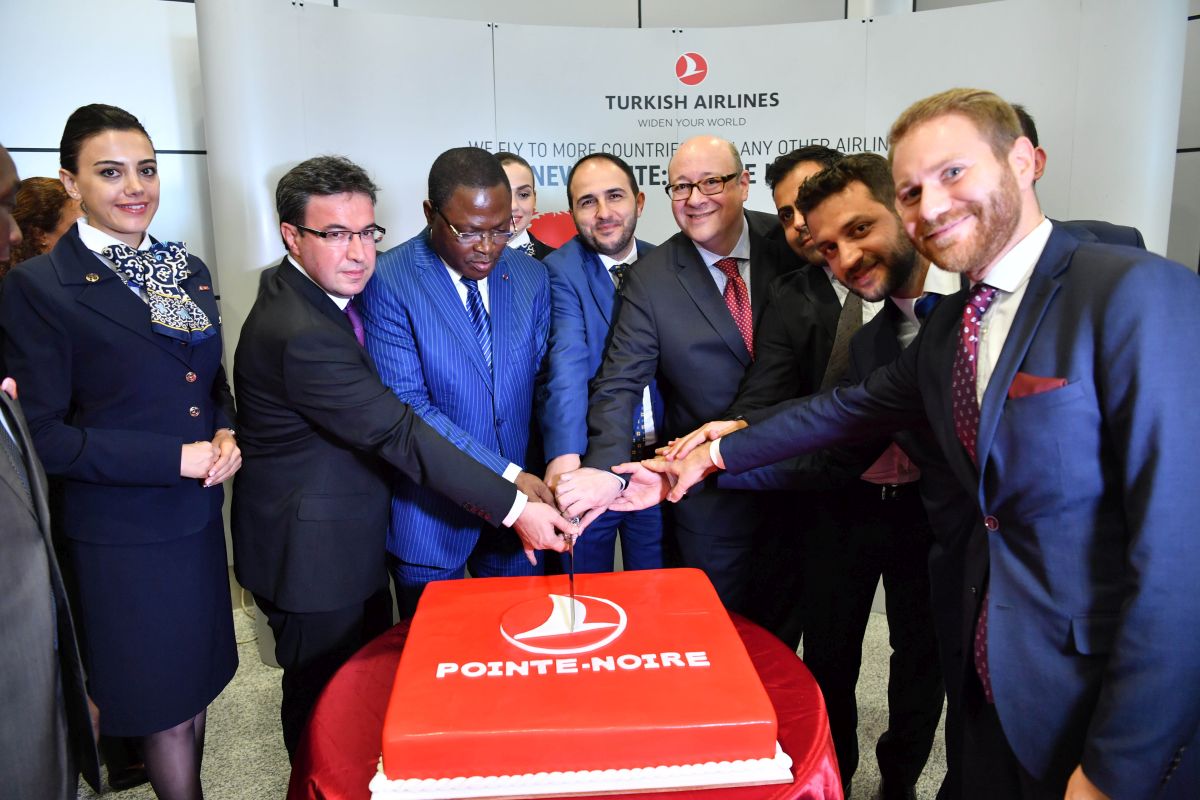 Turkish Airlines on Thursday announced that it has added Pointe-Noire, the Republic of Congo’s second biggest city, to its flight network as its 58th destination in Africa.

The carrier will operate three weekly flights to Pointe-Noire with a connection in Libreville.

Passengers flying from Athens will be able to travel to Pointe-Noire via Istanbul.

“As the flag carrier of Turkey, we cement our position as the airline that flies to more destinations in Africa than any other airline in line with our growth strategy in this continent,” Turkish Airlines Senior Vice President for Sales (2nd Region), Kerem Sarp, said.

With Pointe Noire, the port city next to Atlantic Ocean, Turkish Airlines expanded its flight network to 125 countries and 313 destinations.