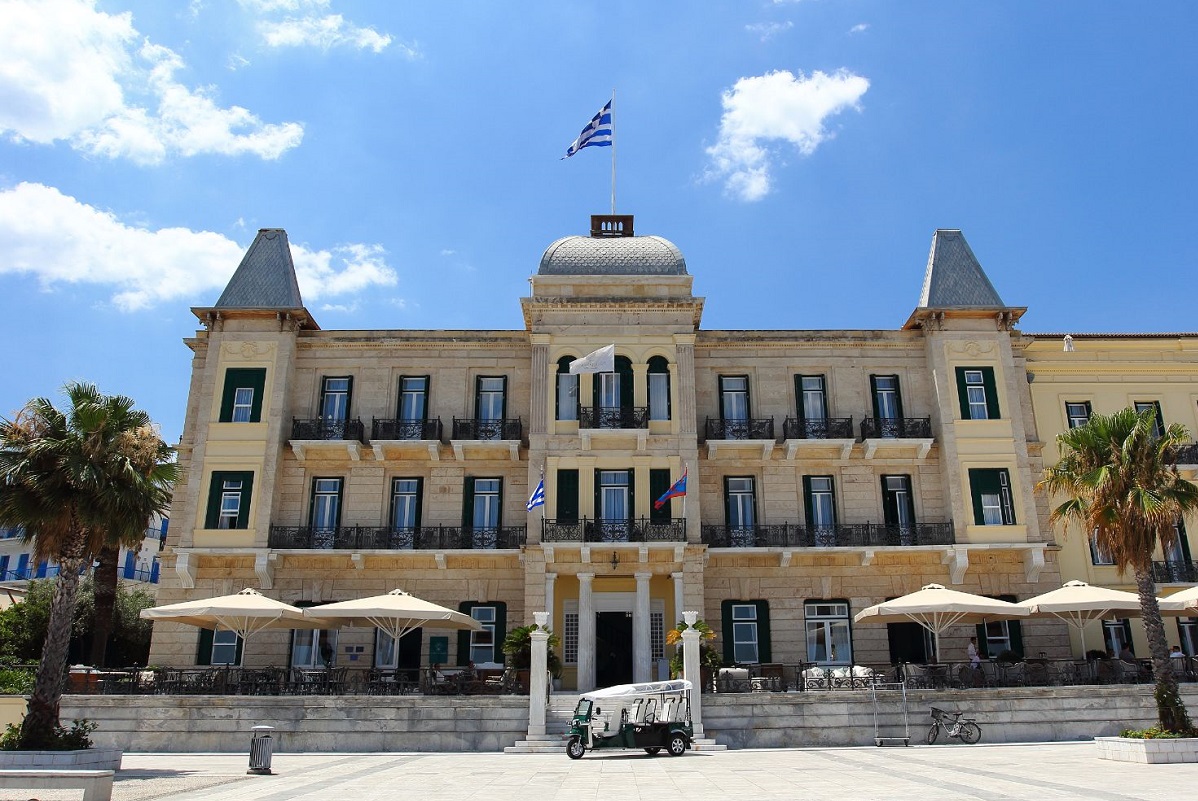 Remaining true to its eco-friendly philosophy, the Poseidonion Grand Hotel, located on Spetses, is now offering its guests the opportunity to travel around the island with electric vehicles.

The hotel has partnered with e-vehicles company Tuk Tuk, which is providing its brand new e-tuk Limo GT car for the transportation of Poseidonion’s guests to the island’s landmark sites, as well as to the hotel’s “Bostani” restaurant and biological farm.

Tuk Tuk’s Limo GT is a pioneering eco-friendly vehicle with zero emissions, a noiseless electric engine and a battery offering autonomy for over 100 kilometers. It is comfortable and can transfer up to five persons, while its open layout offers passengers the chance to admire the views. 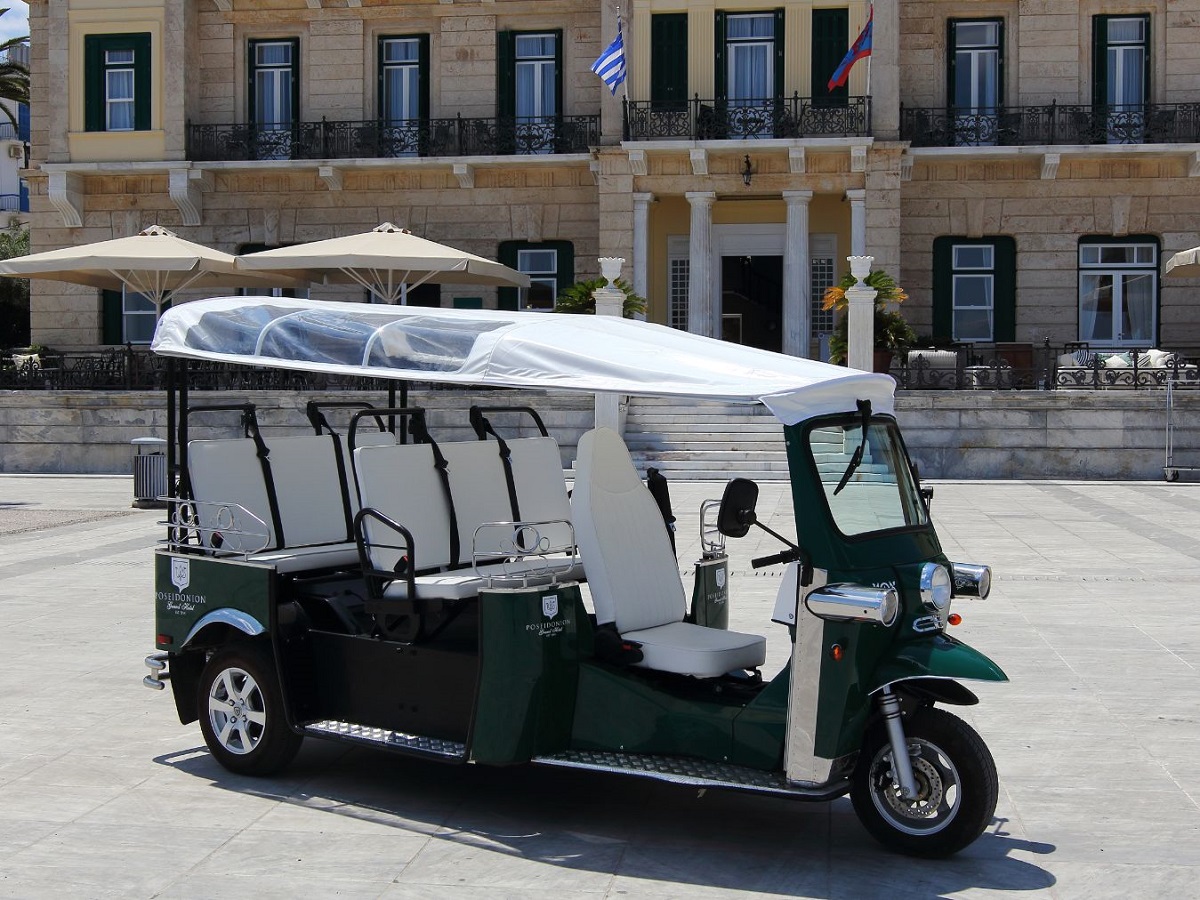 “Since cars are not allowed on Spetses the e-tuk is the ideal choice for a fun ride around the island, filled with images and aromas,” Poseidonion said. 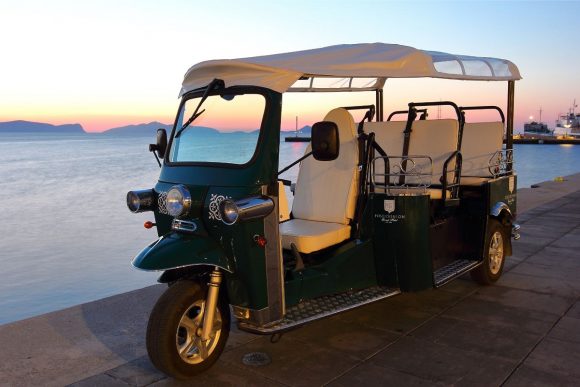 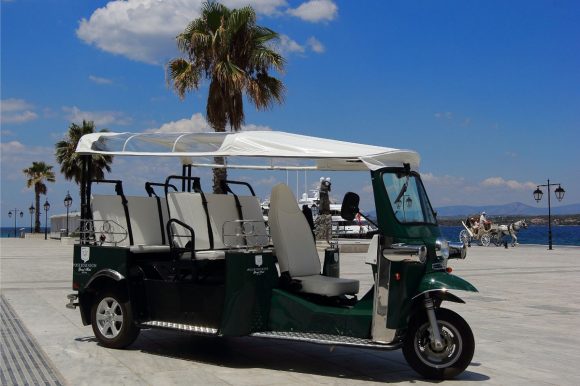 The historic Poseidonion Grand Hotel welcomed its first guests in the summer of 1914. 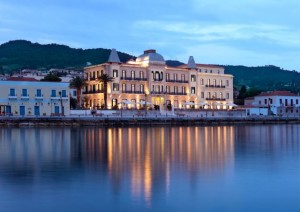 Its establishment was the vision of local benefactor Sotirios Anargyros. More than a century later, the hotel remains a symbol of hospitality, also staying true to its cosmopolitan character.

The Poseidonion’s unique architecture resembles that of the hotels of the French Riviera, and has placed it among the island’s landmark sites.