The Greek Tourism Confederation (SETE) and the Hellenic Hoteliers Federation (known as POX in Greek) on Thursday applauded the Prime Minister’s statements regarding Greece’s tourism sector. 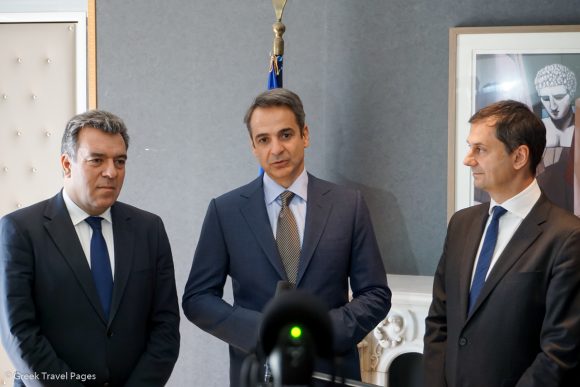 During a visit to the Tourism Ministry, Greek PM Kyriakos Mitsotakis announced plans for a 10-year strategic plan for the country’s tourism and made statements which revealed that the sector is of major importance for the government.

Retsos reminded that at SETE’s 27th general assembly, he had referred to the need for a national development plan for Greek tourism for 2020 onwards.

“Now it is necessary to enter a cycle of maturity and sustainable tourism development,” his tweet said.

On his part, Hellenic Hoteliers Federation President Grigoris Tasios said that the PM’s visit to the Tourism Ministry proves that the sector is of significance for the Greek government and “this is particularly pleasing to us”.

Regarding the announced 10-year strategic plan for tourism, expected to be ready in six months, Tasios said that the federation is ready to assist in its planning.

He also added that Greek hoteliers are waiting for the Tourism Minister to proceed with the upgrading of the country’s tourism education/training, which will create specialized staff for the sector; and draw up the new framework for the regulation of short-term rentals.

“This will finally put an order in this market,” Tasios said.

“The Greek hotel sector can give much more to the economy and society. It gives us hope that tourism is so high on the agenda of the new government,” he concluded.