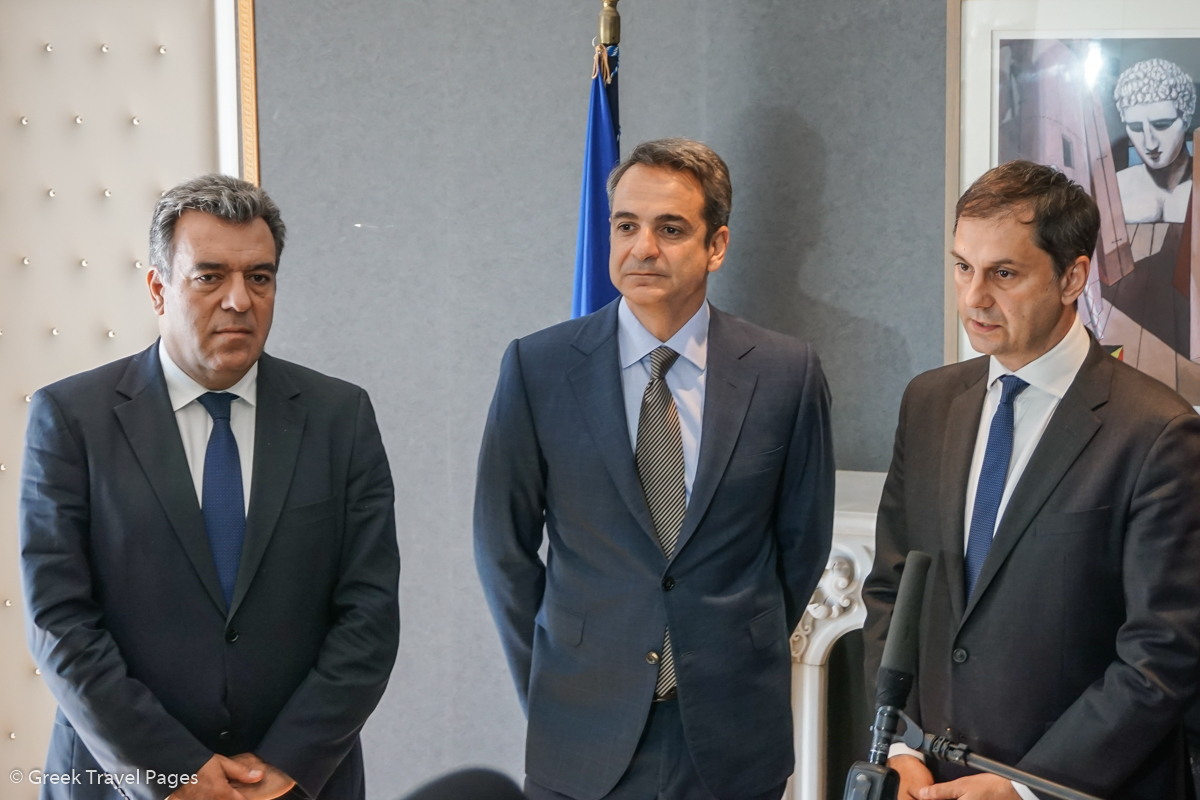 Greece’s government will work together with the tourism sector’s bodies in order to prepare a 10-year strategic plan for the country’s tourism, Greek Prime Minister Kyriakos Mitsotakis said on Thursday.

According to PM Mitsotakis, Greece’s new tourism strategy will focus on competitiveness, innovation and sustainability.

“There can not be any tourist product in Greece that does not put environmental protection as an absolute priority,” the PM told the press, following an hour-long meeting with Tourism Minister Haris Theoharis at the Tourism Ministry in Athens. 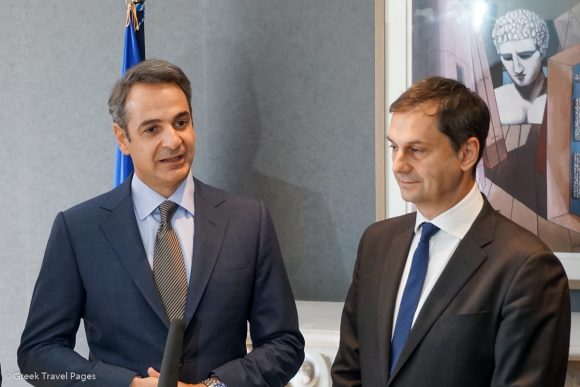 The government is also looking to cooperate with the private sector when drawing up the new tourism plan in order to have a more comprehensive approach to Greece’s supply, demand, identity and infrastructure.

“We want the contribution of the private sector, which is the sector that kept Greek tourism standing during the years of the crisis,” the Greek PM said.

Greece’s 10-year strategic plan for tourism is expected to be ready in six months time.

Moreover, during his meeting with the tourism minister, PM Mistotakis was updated on the ministry’s plans for a new framework to regulate short-term rentals in the country.

According to Minister Theoharis, the short-term rental market must be “put in order”.

The minister also referred to the ministry’s plans for the Greek National Tourism Organization (GNTO).

“The GNTO needs to cooperate with the private sector for the creation of a modern and flexible promotional model that will pass the message that we want to pass, to the people that we want to visit our country,” Minister Theoharis told the press.

The Greek PM and the tourism minister also talked about upgrading the country’s tourism education.