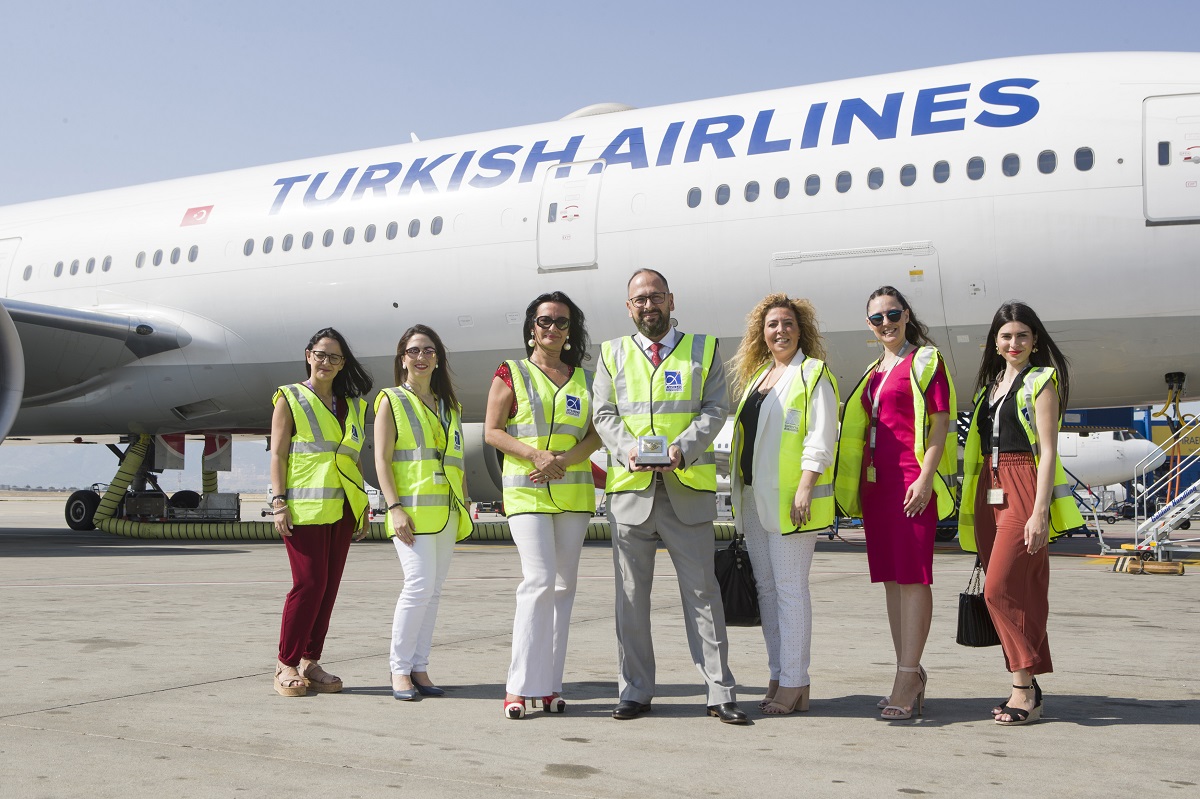 Turkish Airlines has been awarded by the Athens International Airport (AIA) for its high growth and contribution to the development of the Greek aviation market during the past five years. 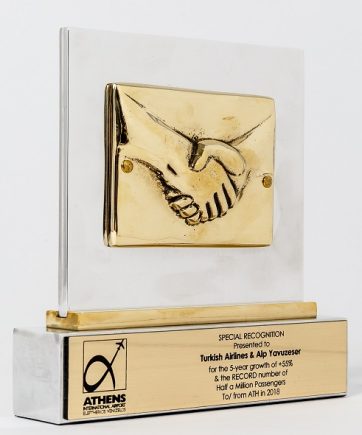 According to an announcement, Turkish Airlines has shown a remarkable high aggregate growth of 55 percent during the past five years. The airline has come into prominence among its rivals with the quantity and quality of its services as well as the excellent customer service.

“This award is the most important recognition of our continuous work in Greece during the past five years.

In Turkish Airlines, we try to provide the best aviation experience to our passengers, and a recognition from the biggest airport in the country – Athens International Airport – is of high significance to us,” said the General Manager of Turkish Airlines in Greece, Alp Yavuzeser. 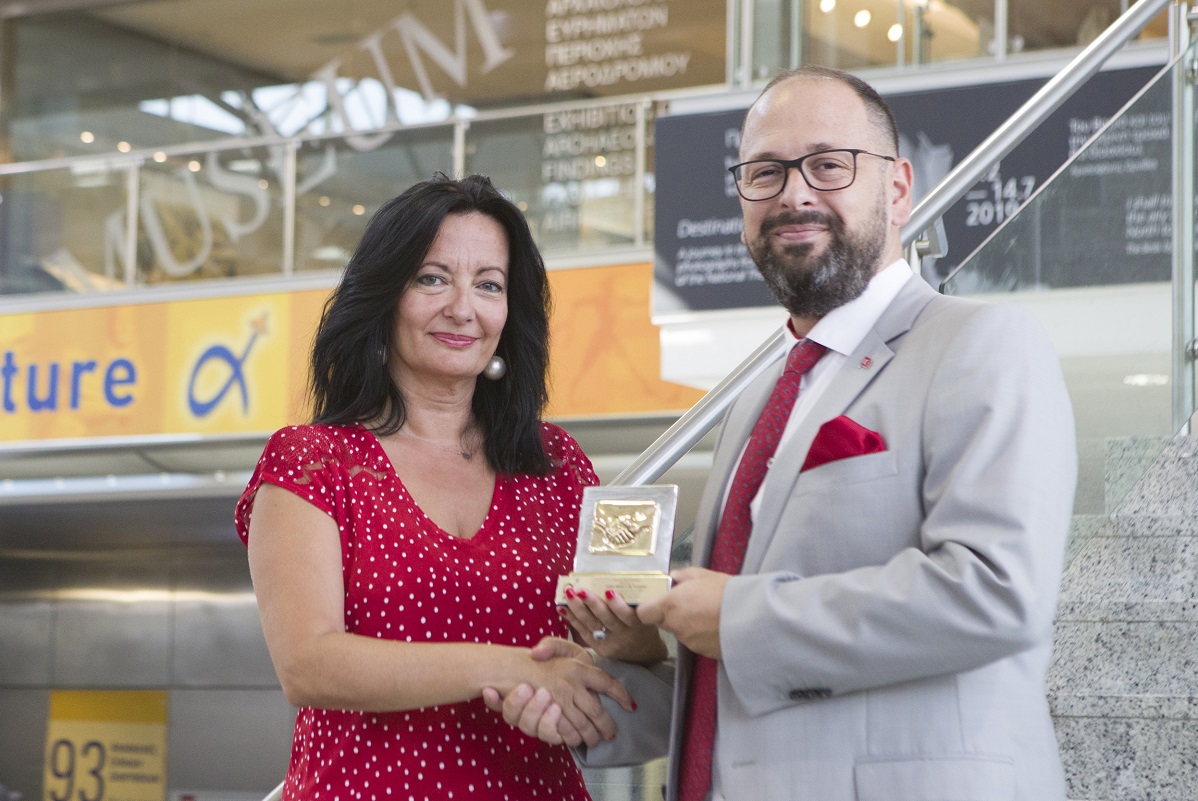 The award was presented to the General Manager of Turkish Airlines in Greece, Alp Yavuzeser by AIA Director of Communications and Marketing Ioanna Papadopoulou, during a special event held at Athens Airport.

Furthermore, in 2018, for the first time in Greece, Turkish Airlines carried to and from Athens more than half a million passengers, which is a large number of the country’s total international passenger traffic.

“The impact of Turkish Airlines on the tourism and aviation development of the Athens market is very significant. This recognition reflects our philosophy as we jointly move ahead towards a common and mutually beneficial future. We keep supporting our airline partner in the spirit of substantial collaboration,” said Ioanna Papadopoulou, Director of Communications and Marketing at AIA.

Established in 1933, Star Alliance member Turkish Airlines has a fleet of 335 aircraft (passenger and cargo) flying to 308 destinations in 124 countries.