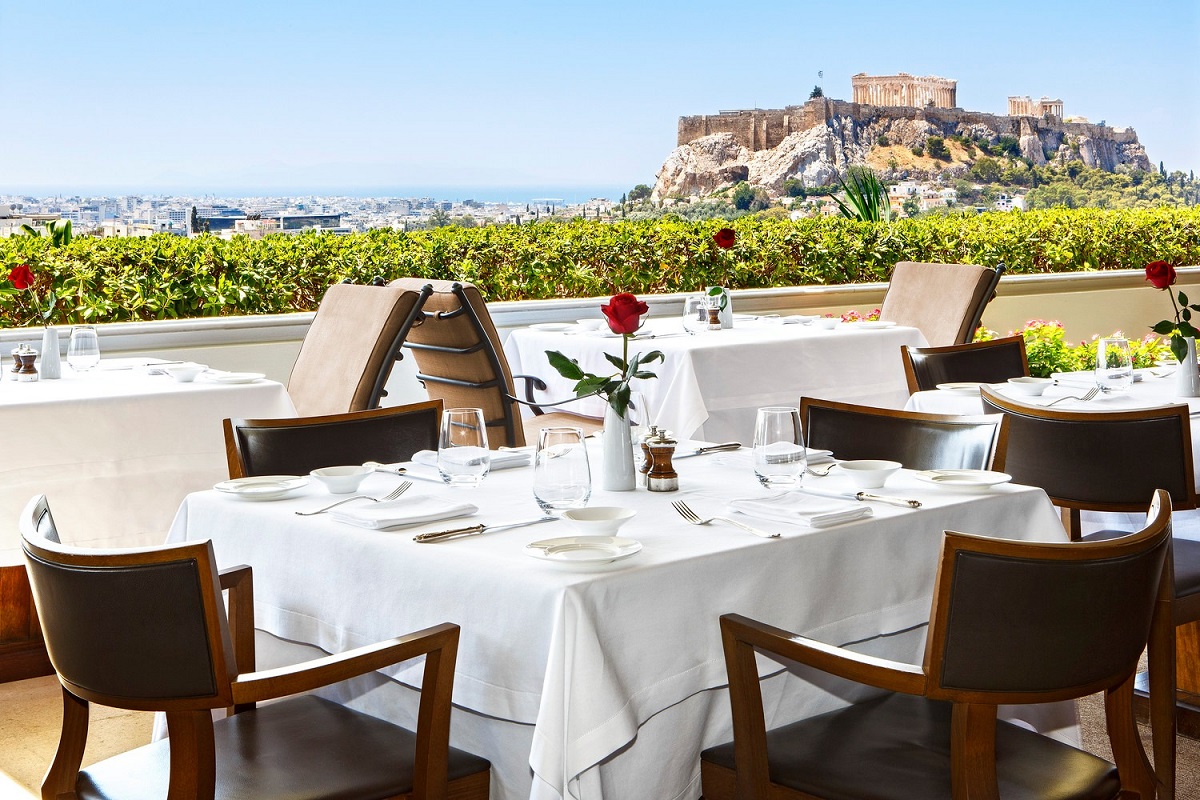 The GB Roof Garden and Tudor Hall restaurants of the Hotel Grande Bretagne and King George Hotel in Athens, have been honored with the Best Award of Excellence at the 2019 Restaurant Awards, organized by the Wine Spectator magazine. 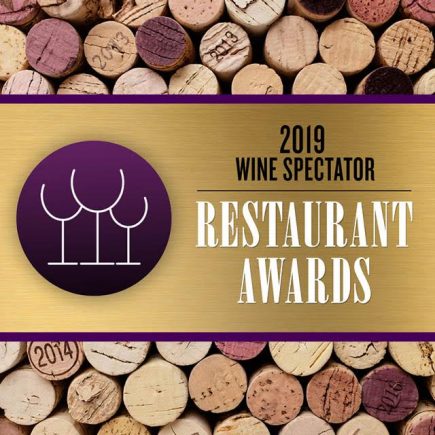 The restaurants received the award for a sixth year in a row.

“This honor is an inspiration for further successes and recognizes the continuous effort of hotels Grande Bretagne and King George to deliver exceptional services and products to their guests,” the hotels’ management said in an announcement.

The Best Award of Excellence recognizes restaurants that excel for offering more extensive wine selections with significant vintage depth and excellent breadth across multiple regions around the world. This year it was granted to a total of 1,244 restaurants.

According to an announcement, GB Roof Garden and Tudor Hall are the only restaurants in Athens included on Wine Spectator’s list “for having one of the most exceptional restaurant wine lists in the world ideally matching the high quality menu and service offered”. 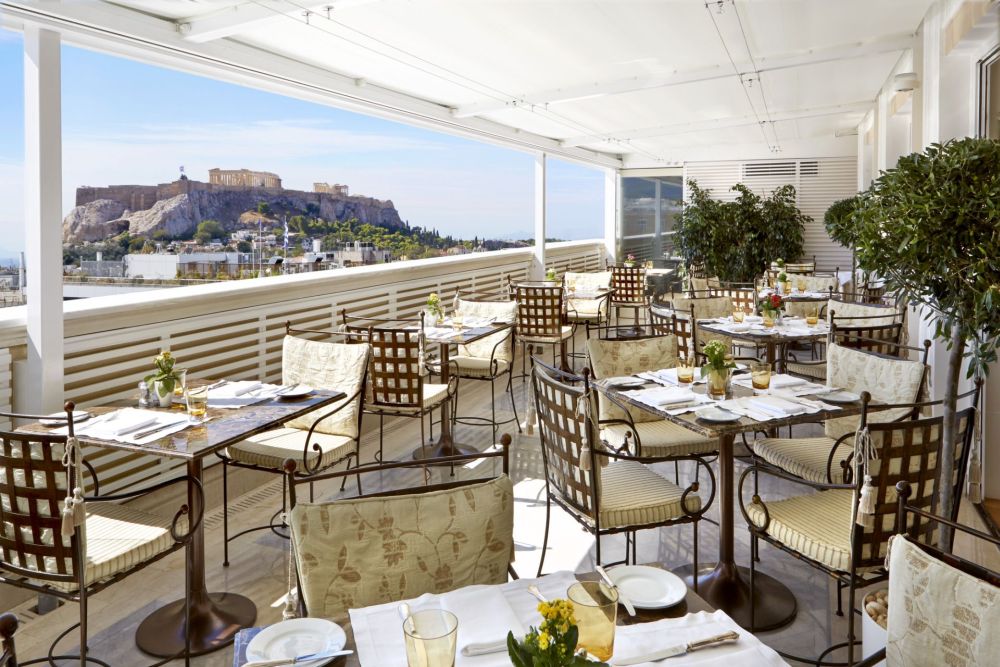 Exterior view of the Tudor Hall Restaurant of the King George Hotel.

GB Roof Garden and Tudor Hall follow the philosophy of “food pairing wine”. Furthermore, aiming to promote the largest wine producing regions of the world, head sommelier Evangelos Psofidis has incorporated into the awarded lists, wines that accurately represent the characteristics of these areas.

Wine Spectator examines the world of wine from the vineyard to the table, exploring wine’s role in contemporary culture and delivering expert reviews of more than 18,000 wines each year.