Daskalio Finds May Carry Secret to Origins of Ancient Greece 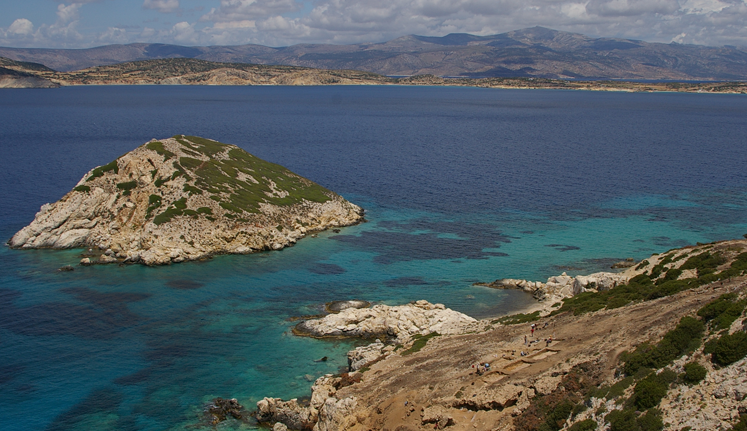 Special Deposit South on Kavos, with Dhaskalio in the background. Photo Source: arch.cam.ac.uk

Recent discoveries on the tiny islet of Daskalio, off the coast of Keros, in the Cyclades, may hold the secret to the birth of Ancient Greece, archaeologists said last week.

A monumental complex dating back to this historic period, of this size and sophistication has never been found in or around Greece before, archaeologists said.

Excavations on the barren and uninhabited pyramid-shaped island have brought to light evidence of a rich cultural and monumental landscape dating long before the Minoan period.

According to archaeologists, Daskalio, dating back 4,600 years, appears to have been a major religious center created with technical sophistication pre-dating that of Minoan Knossos by at least 400 years, indicating that it played a central role in the development of Greek civilization.

Archaeologists believe that in order to construct the pyramid-shaped complex, early Bronze Age Greeks embarked on at least 3,500 maritime voyages to transport up to 10,000 tons of white marble from Naxos.

Believed to have served as a massive religious sanctuary, the complex was made up of 60 or so marble buildings that glistened in the sun.

“It is by far the largest prehistoric marine transport operation that has ever come to light anywhere in the world,” Dr Julian Whitewright, maritime archaeologist at the University of Southampton told the Independent, adding that it demonstrates “just how important, and integral to their culture, seafaring was to these early Bronze Age Aegean people”.

The finds are offering unprecedented insight into the probable origins of prehistoric Greece for the first time.

“Our investigation has been transforming our understanding of early Bronze Age Cycladic culture and suggests that these very early Greeks were organizationally, technically and politically much more advanced than previously thought,” said the project’s co-director, Michael Boyd of Cambridge University’s McDonald Institute for Archaeological Research.

Daskalio was believed to be a part of Keros, also uninhabited, before sea levels rose.

Access to both Dhaskalio and Keros is closed to visitors.

Finds on Show for First Time on Ano Koufonissi

For the first time, the recent archaeological finds from the ancient islet sanctuary are on show in an exhibition titled “desAPENANTI” (See Across) through to September 30 at the primary school of Ano Koufonissi, a nearby island. 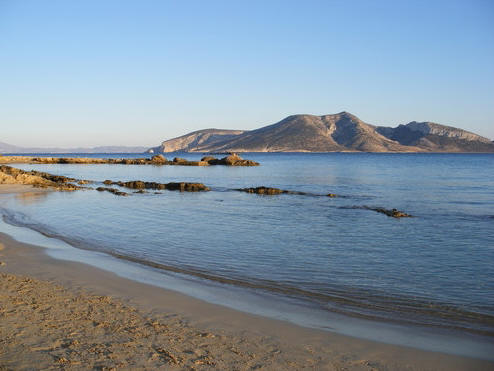 Admission to the “desAPENANTI” exhibition is free, daily from 9am-noon and 5pm-9.30, closed on Tuesdays.

Recent excavation works on Daskalio have been ongoing since 2015, but only recent analysis has revealed the true scale of the complex and the transport logistics and construction work associated with it.

Located some 10km southeast of Naxos, and part of the Koufonissia island complex, Keros, known for the Cycladic marble statuettes which later inspired Picasso and Henry Moore, and its prehistoric settlement of Daskalio have been subject to exploration since the 1960s, as part of the Cambridge Keros Project – a joint initiative of Cambridge University, the Cyclades Ephorate of Antiquities and the Cyprus Institute.

Funded by the Stavros Niarchos Foundation, the US-based Institute for Aegean Prehistory, and the Cyprus-based AG Leventis Foundation, excavations and assessments are being carried out with the support of the Greek Culture Ministry by archaeologists from Greece, the UK, Germany, France, Australia, the US and other countries.