Greece Skull Fragment May be ‘Oldest Human Fossil Outside Africa’ 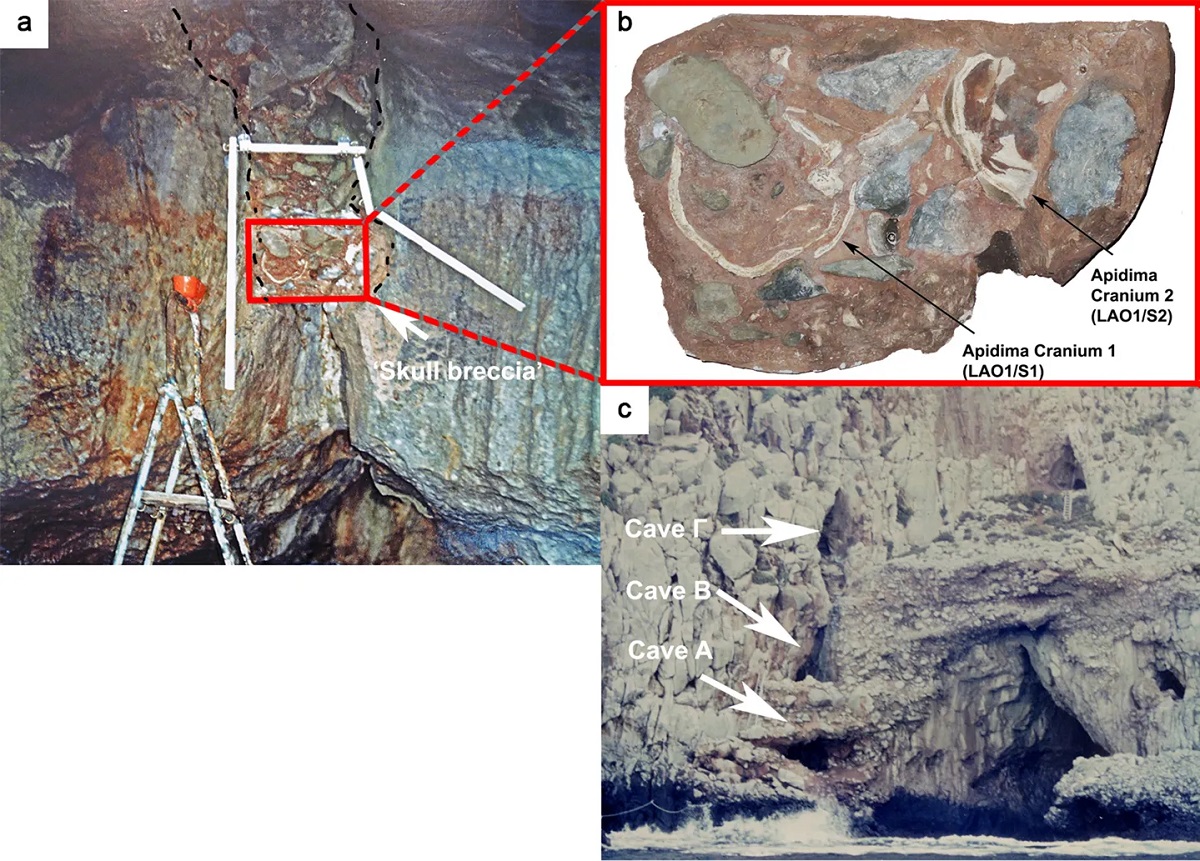 a, The interior of Apidima Cave A, with the ‘skull breccia’ (red box) before its removal from the cave. Images courtesy and copyright of the Museum of Anthropology, Medical School, National Kapodistrian University of Athens. Source: nature.com

A piece of skull found in Mani, Southern Greece, appears to be the oldest human fossil ever found outside Africa, offering fresh insight into the history of Homo sapiens in Eurasia, researchers said last week.

Initially uncovered in 1978 in the cliffside Apidima Cave in Mani, southern Peloponnese, the find appears to belong to a human who lived at least 210,000 years ago, making it the oldest Homo sapiens fossil outside Africa, scientists say.

A segment of the scientific community is however seeking more proof, claiming the fossil is “too fragmentary and incomplete for such a strong claim”.

Should adequate evidence emerge however, an important chapter of the human story will need rewriting given that the skull is older by more than 160,000 years than the next oldest European Homo sapiens fossil found.

“Our results indicate that an early dispersal of Homo sapiens out of Africa occurred earlier than previously believed, before 200,000 years ago,” said Katerina Harvati, director of paleoanthropology at the University of Tübingen in Germany, heading the project.

“We’re seeing evidence for human dispersals that are not just limited to one major exodus out of Africa.”

According to Harvati, the skull find indicates that a small group of modern humans left Africa far earlier than previously thought and reached what now is Greece some 200,000 years ago. Neanderthals, settling in southeastern Europe, after that may have replaced those first Homo sapiens. 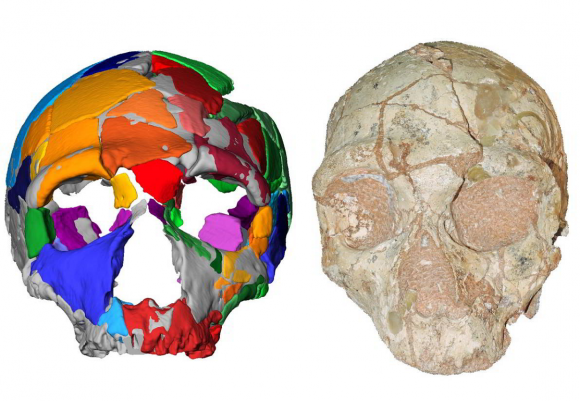 The said skull is one of two found in 1978 in the Apidima Cave. The first was encased in rock together with bone fragments and inches away from a second Neanderthal skull dating to at least 170,000 years ago.

The two finds were removed and stored in an Athens museum.

The Palaeolithic Apidima Cave is located between the Bay of Pyrgos Dirou and the Limeni Bay, together with the Kalamakia Cave.

Entrada Welcomes Expedia Group to its Network of Suppliers